SIOUX CITY -- The heating and cooling system in the century-old Woodbury County Courthouse has been dogged with problems in recent years, and imminent repairs costing $1 million will be a big help, county officials say.

On Nov. 17, County Supervisors approved a contract of $1,029,645 with C.W. Suter in Sioux City to undertake the work in the so-called chiller system beginning in December. The work should be completed by spring, county Building Services Department Director Kenny Schmitz said.

The courthouse located at 620 Douglas St. downtown holds many departments and a good chunk of the county's estimated 400 employees. It opened in 1918 after being designed by famed architect William Steele and built for $850,000.

The courthouse was placed on the National Register of Historic Places in 1973 and designated as a National Historic Landmark in 1996.

However, millions of dollars have been spent over the last 25 years to address various aging elements, including courtrooms and the building's exterior. In 2017, a consultant, Pete Franks of Franks Design Group, shared a list of $12 million in courthouse needs.

With the $1 million repair at hand, the money will come from annual borrowing in the county's Capital Improvement Plan, Finance Director Dennis Butler said.

Ung said chiller repairs in early 2020 showed the need for a full replacement of the system.

The new elements include a two-stage system with integrated climate controls that adds use of an outside air-cooled chiller, which also will supply redundancy, to reduce the likelihood of a complete failure of the system. A wall will have to be opened and new piping will be placed as part of the repairs.

Schnitz said the first chiller portion should be operable by March, with the entire project to be done by May. Ung said the project will be carried out with little disruption to departmental services to county residents, with winter being the best time to carry that out.

SIOUX CITY | In the early afternoon of July 10, 1916, a slew of Woodbury County officials made sure interesting Siouxland items from the prior…

SIOUX CITY | The study that produced 3,000 photos is done, so the full scope of repair needs on the Woodbury County Courthouse exterior is now…

SIOUX CITY | Problems in the basement moved the Woodbury County Board of Supervisors to pursue emergency repairs in the county courthouse on Tuesday.

The lion's share of the expected roughly $214 million budget for the 2021-22 school year comes from state aid, plus property taxes.

Rocky De Witt, who lives in rural Lawton, was elected to a second four-year term in November, which he said will be the last time he'll run for the post. De Witt was county board chairman in 2018. 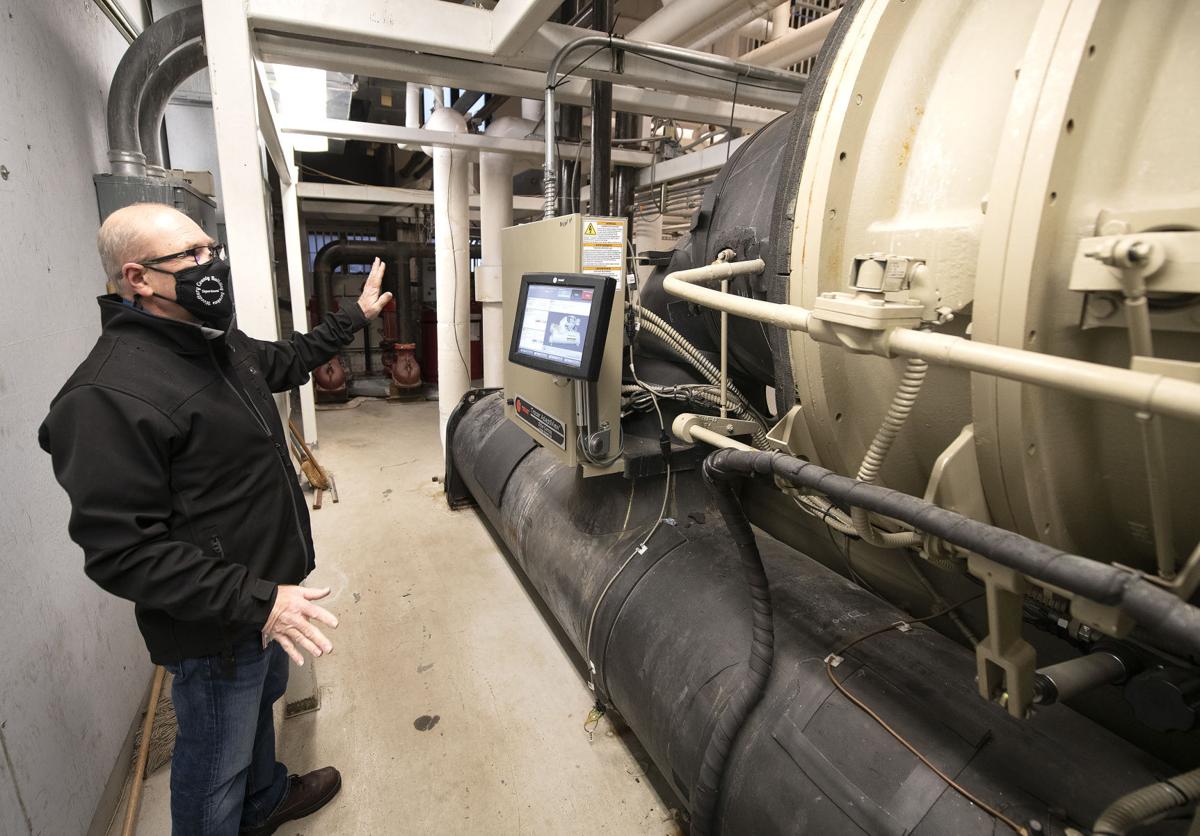 Kenny Schmitz, Woodbury County Building Services Department Director, talks on Nov. 24, 2020, in front of a chiller on the fifth floor of the Woodbury County Courthouse that is scheduled to be replaced. The replacement is part of a $1 million project to modernize the building's air conditioning and heating systems. 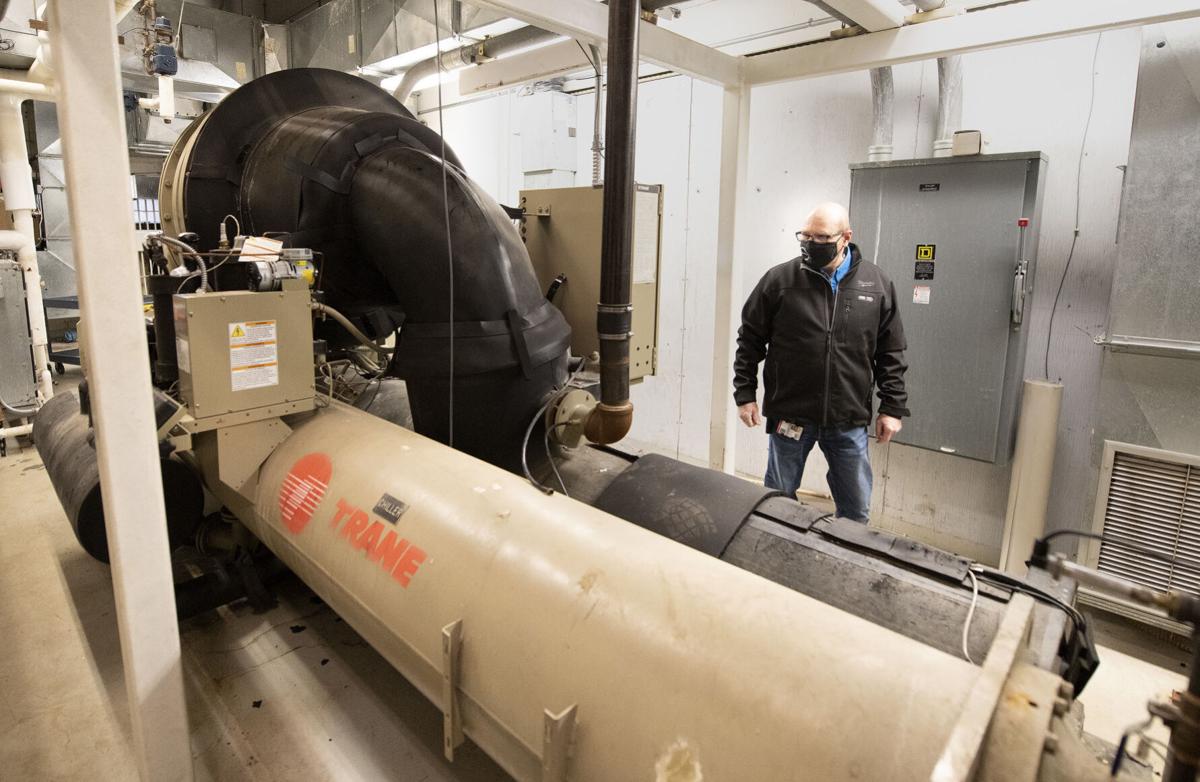 Kenny Schmitz, Woodbury County Building Services Department Director, walks on Nov. 24, 2020, in front of a chiller on the fifth-floor of the Woodbury County Courthouse that is scheduled to be replaced.