During a town hall meeting in Audubon, King recounted China's alleged crackdown against the nation’s ethnic Uighur minority and other Islamic groups. The abuses, King said, include rounding up the Uighur, sterilizing their women, "so there’s no more Uighurs to be born," and putting them on a Chinese diet, "which includes trying to force them to eat pork.” 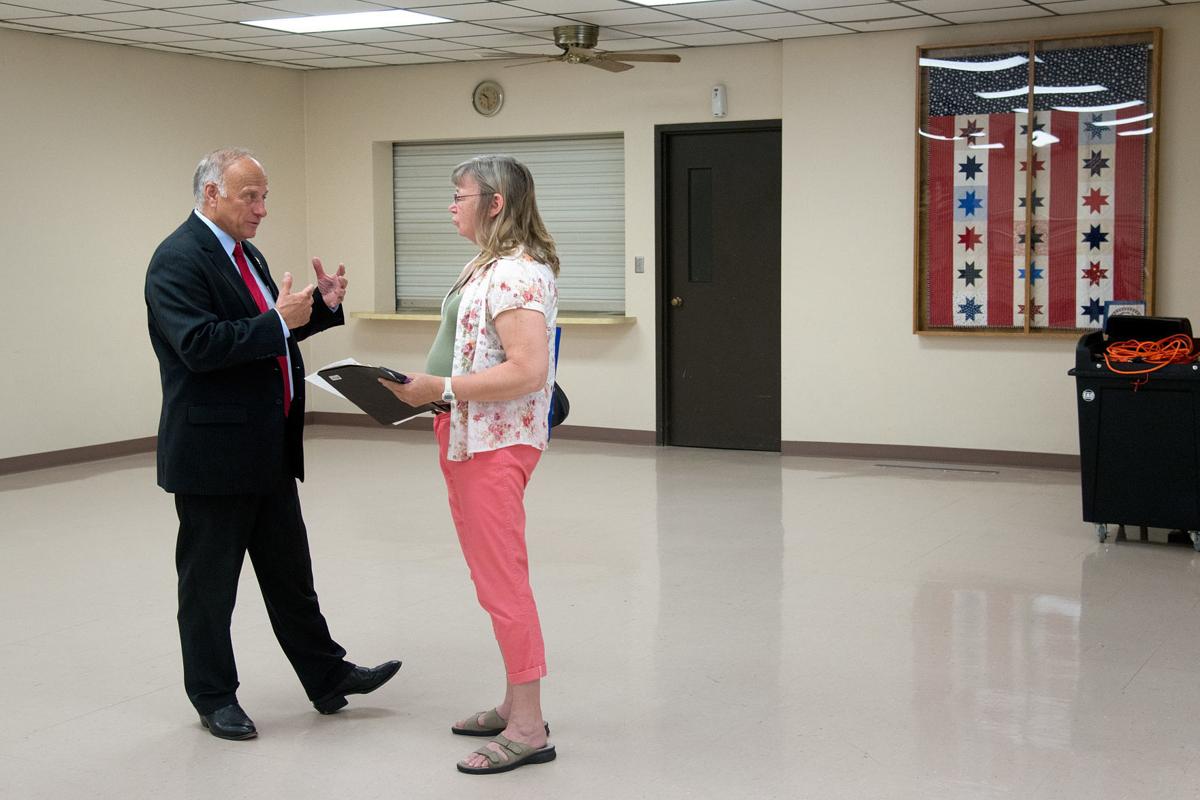 Iowa 4th District Rep. Steve King talks with Ruth Kocisko of Sioux Center after a town hall in Alton, Iowa on Saturday. King told town hall attendees that his three Republican challengers have every right to vie for his seat in 2020. 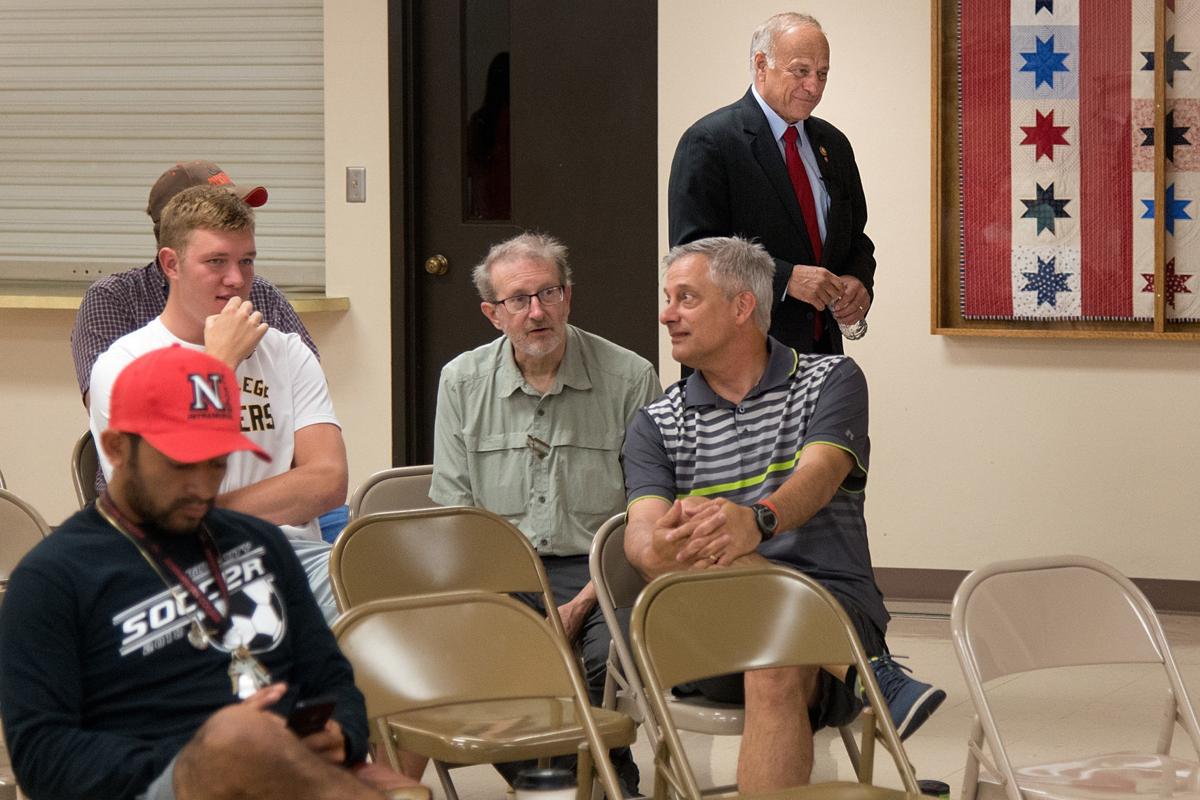 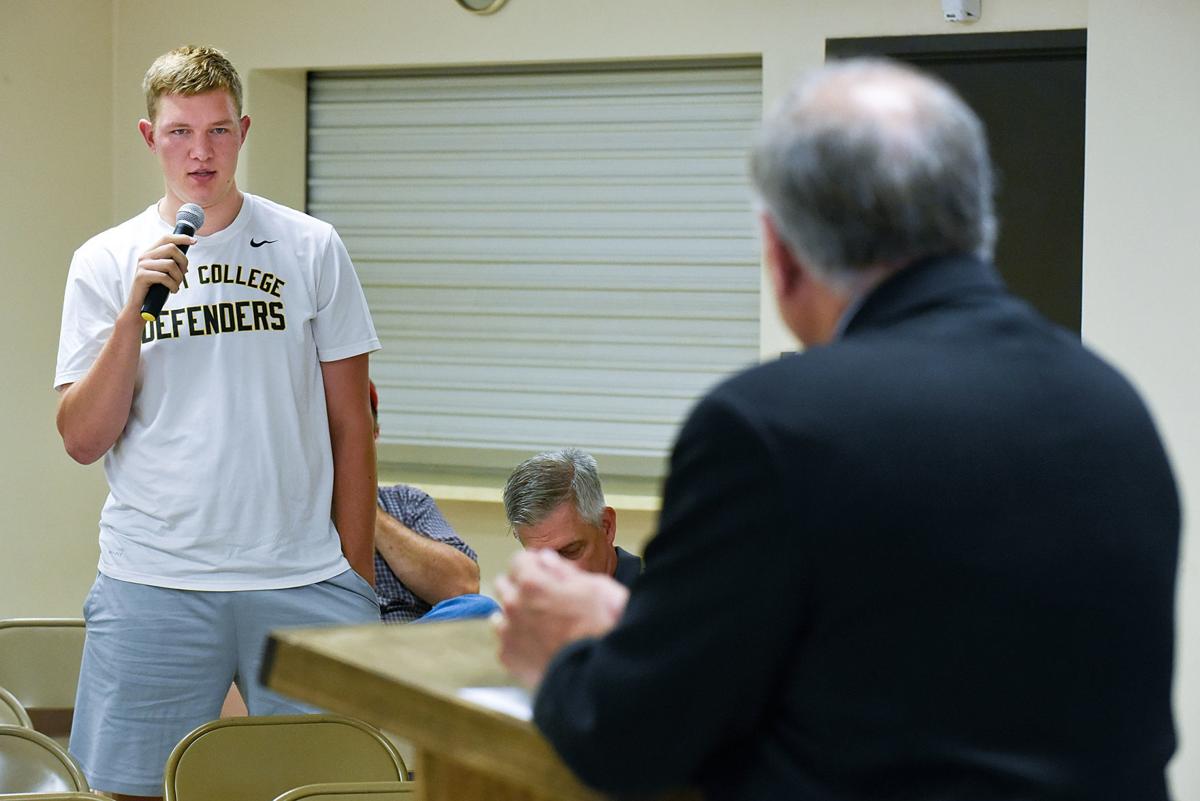 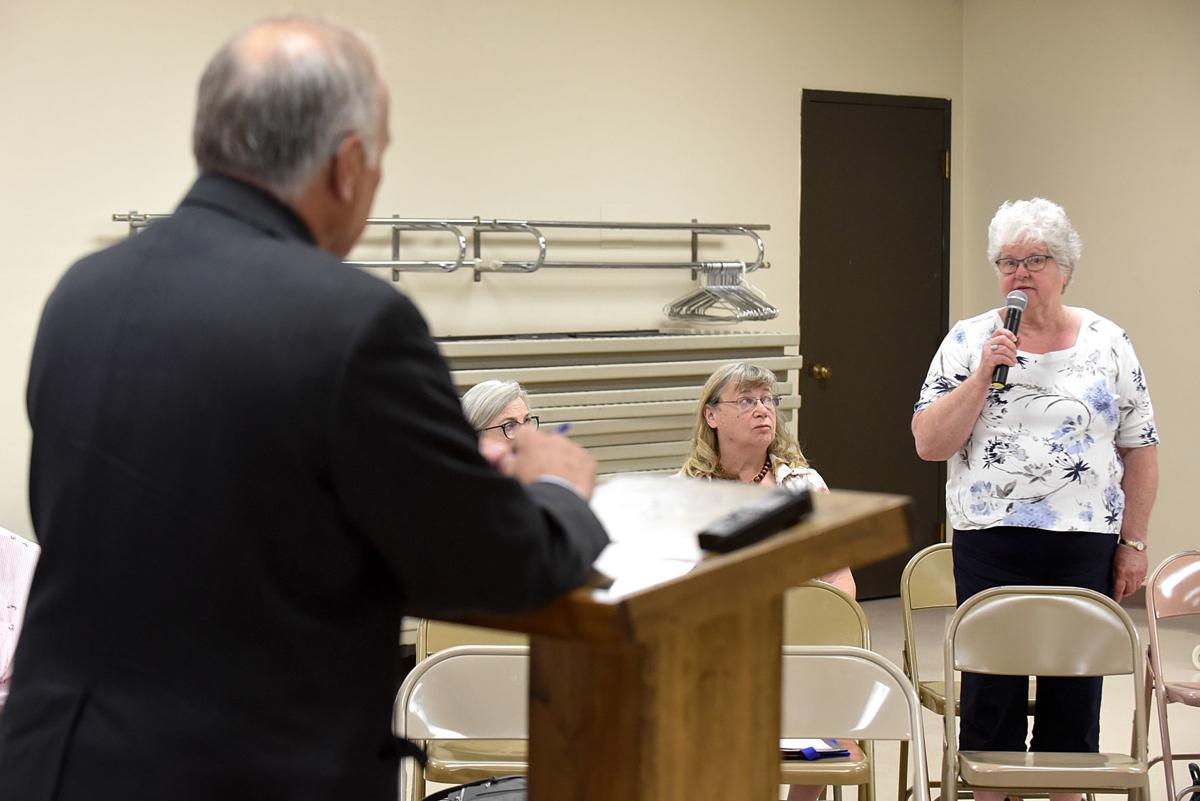 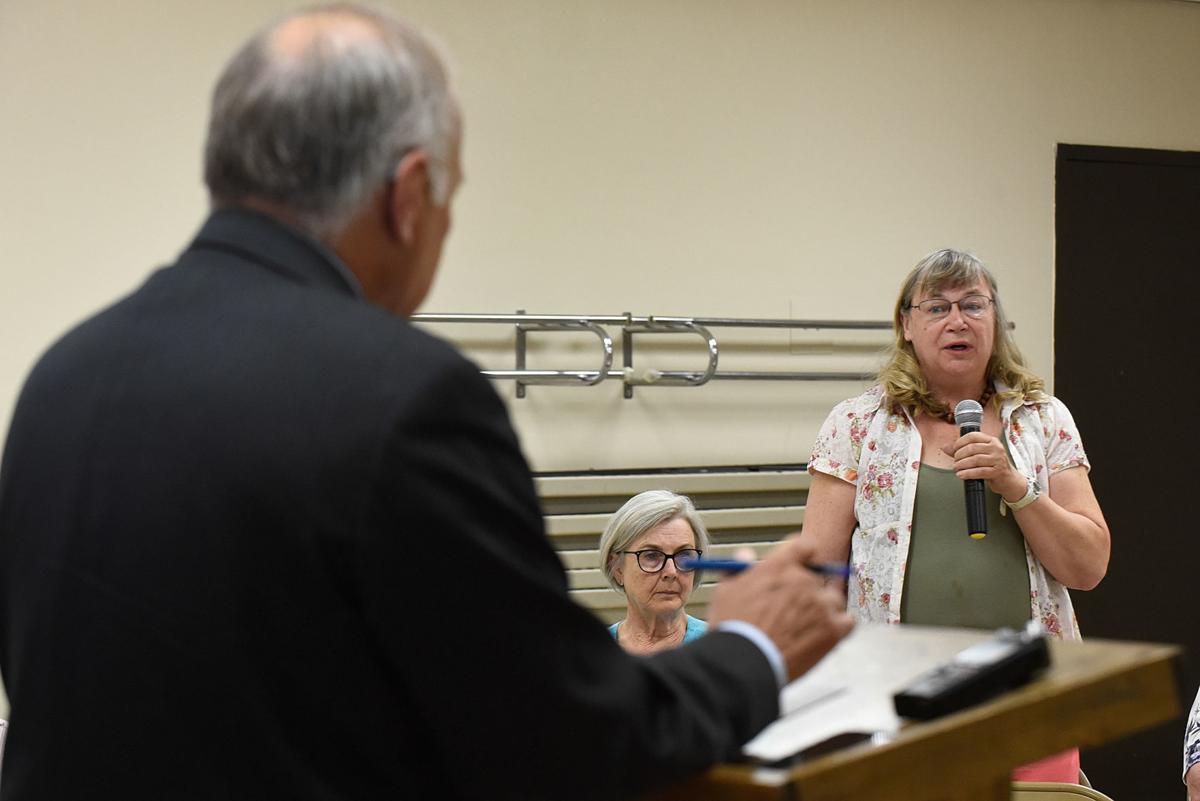 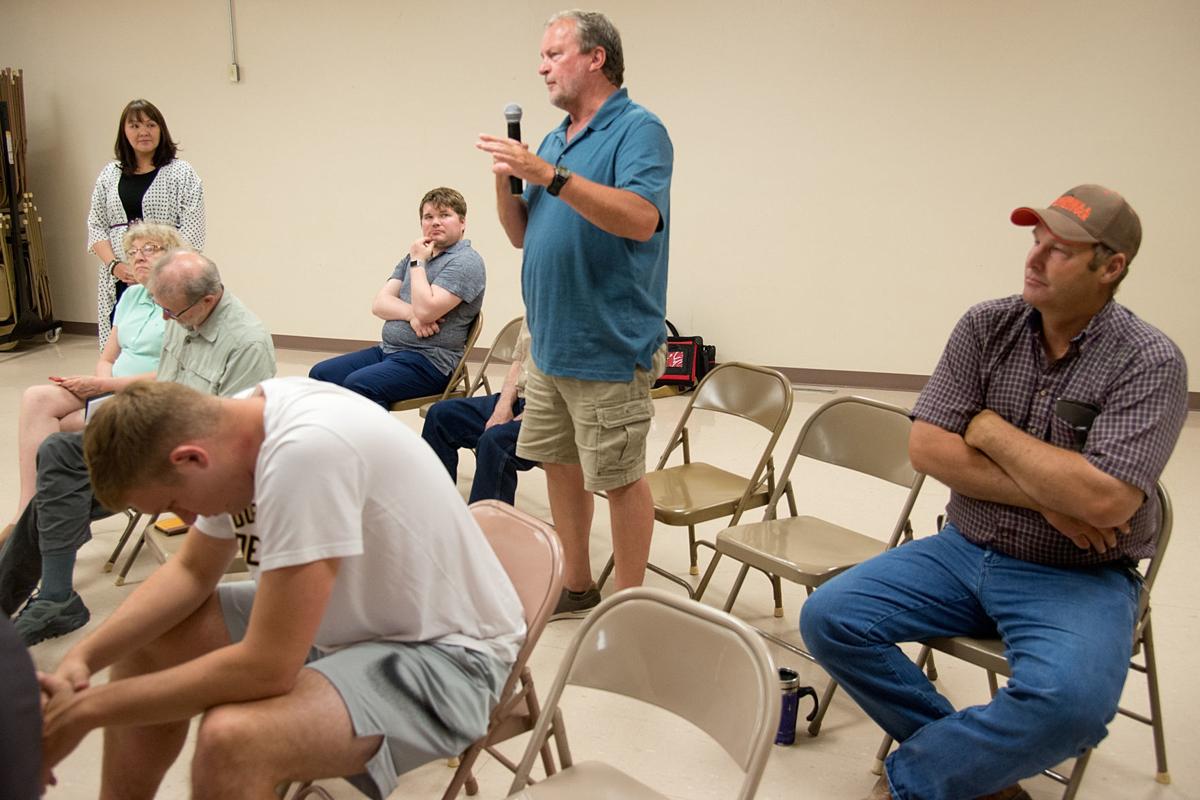 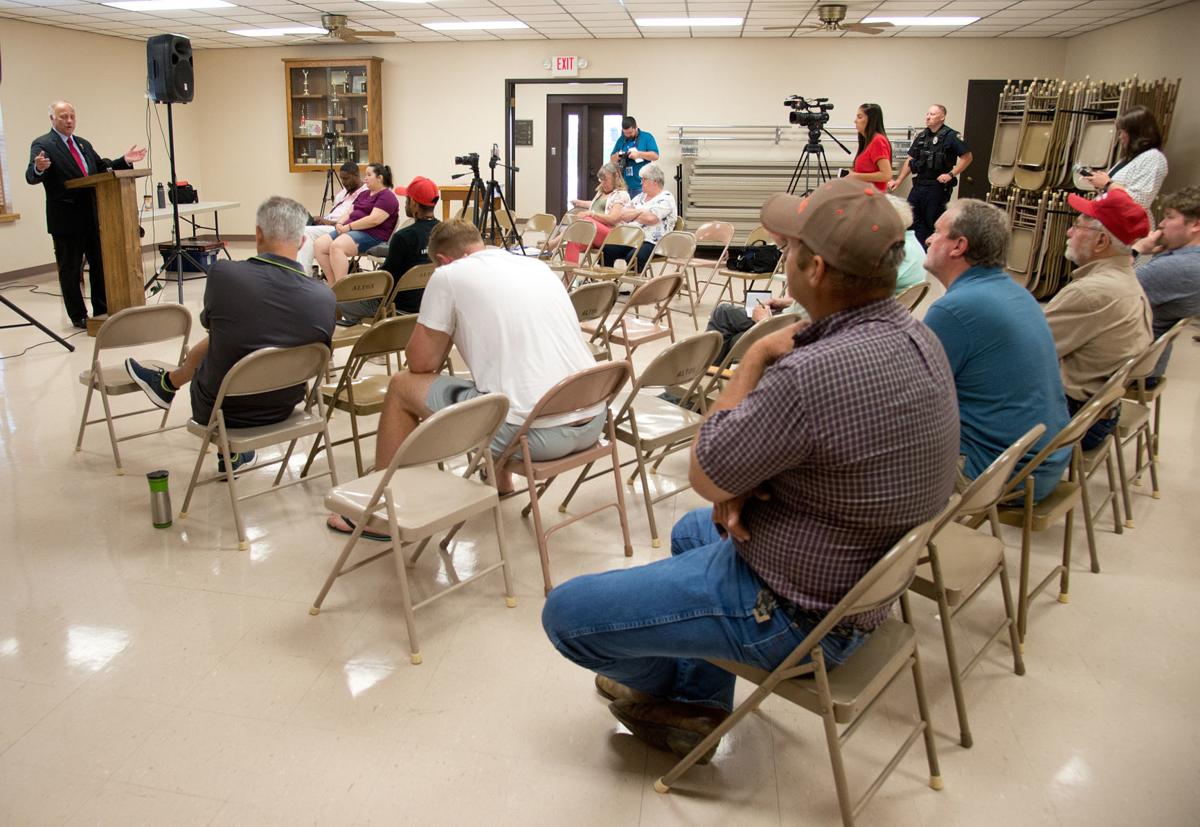 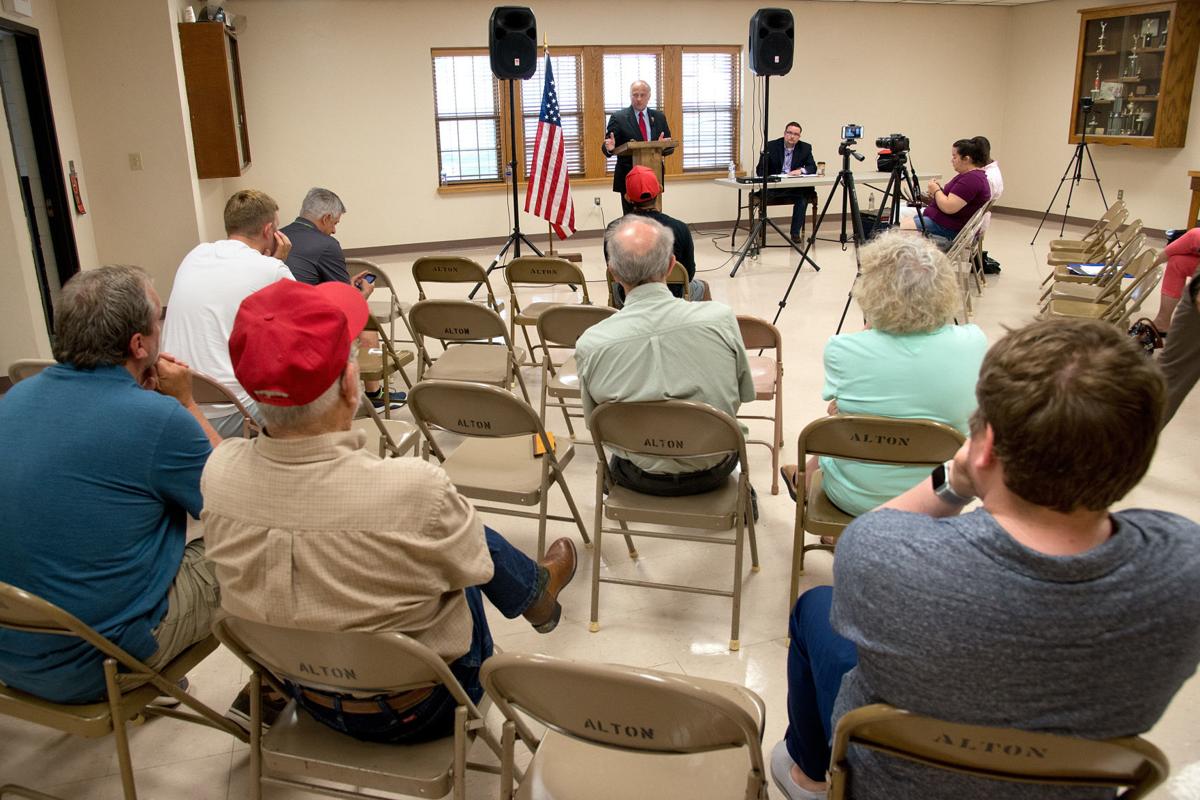 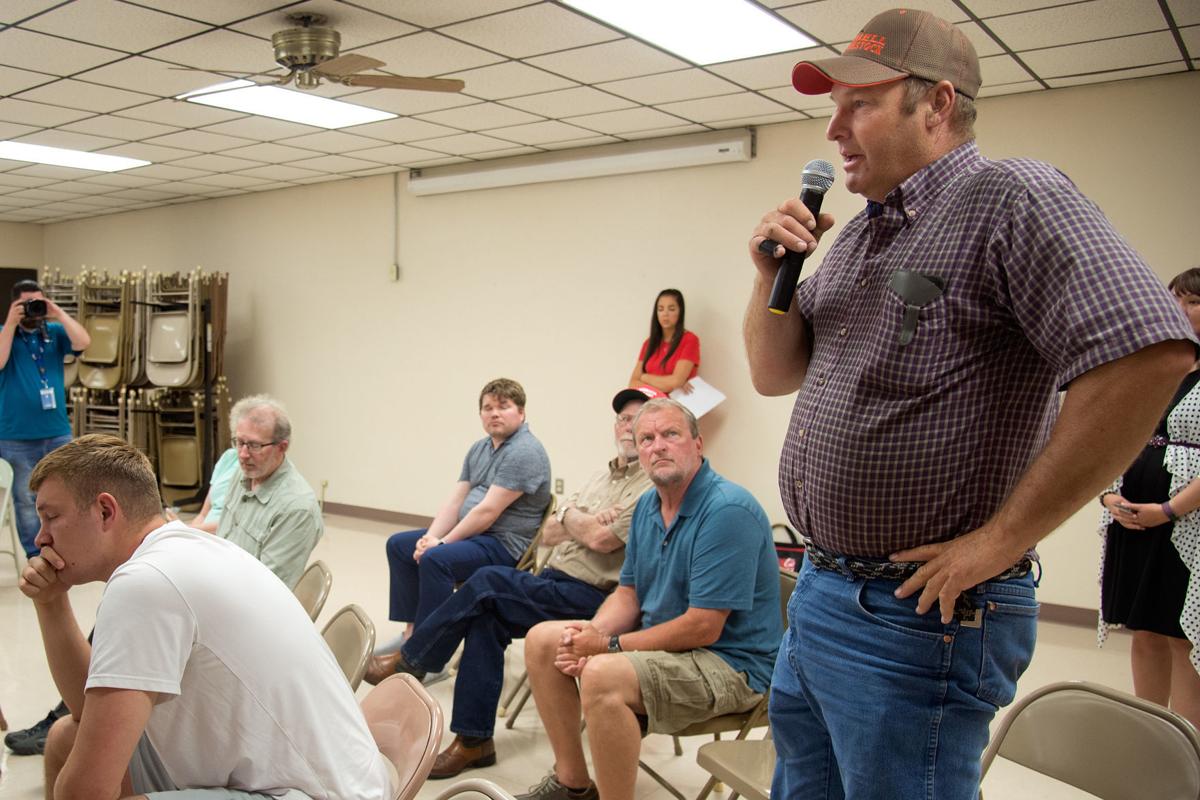 “That’s the only part of that I agree with," King said with a laugh. "Everybody ought to eat pork. If you have a shortage of bacon, you can’t be happy.”

Iowa is the nation's top pork producing state, and the 4th District is home to one of the state's largest concentrations of hog farms.

[More on Steve King: The congressman said this month that "I know I can't certify that we're not part of a product of" rape and incest.]

The Council on American-Islamic Relations quickly called on Republican House members to repudiate and condemn King for his joke. In a statement, the nation’s largest Muslim civil rights and advocacy organization described King as a "deplorable white supremacist" who "obviously hates Muslims and thinks it is funny to joke about Uyghur Muslim women in Chinese concentration camps being forced to eat pork and be sterilized."

"Republican leaders need to make clear, once and for all, that Islamophobia will not be tolerated in their ranks,” CAIR government affairs director Robert McCaw said in a statement. “If King had joked about any other religious minority in concentration camps suffering the same humiliation he would have been kicked out of the Republican Party.”

King's comments, which were first reported by Iowa Starting Line reporter Paige Godden, are the latest in a series of controversial comments by the nine-term congressman that has sparked outrage. They also weren't the first to evoke Islam's dietary restrictions.

Last year, in an interview with Breitbart News, King said he didn't want a pork plant in his district to hire Somali Muslims because, he claimed, they consider  consumers as "infidels" who should be sent to hell.

“I don’t want people doing my pork that won’t eat it, let alone hope I go to hell for eating pork chops,” King was quoted by Brietbart.

King, a leading proponent of cracking down on illegal immigration at the United States' southern border and a proponent of preserving western civilization, also has repeatedly fought off charges that he harbors white nationalist and white supremacist views.

In January, House leaders stripped King of all his committee assignments for the next two years, following a national uproar over King's quotes in a New York Times story in which he asked, "White nationalist, white supremacist, Western civilization — how did that language become offensive? Why did I sit in classes teaching me about the merits of our history and our civilization?"

Earlier this month, King also came under fire after he defended his legislation that would ban all abortions by questioning whether there be "any population of the world left" if not for births due to rape and incest.

Turning to a defense he's deployed throughout this year after a New York Times report quoted him asking when terms like "white supremacist" and "white nationalist" became offensive, King told the crowd he was misquoted.

Julie Fischer's letter to Superintendent Paul Gausman warned, "Your time is coming……You lying SOB." Five other district employees also received letters, which were critical of their competency and actions.

Julie Fischer said her appeal will proceed once a written decision is received. She said people have been overwhelmingly supportive of her. "It has been 99 percent positive, people supporting me. They know I'm a good teacher and a child advocate," Fischer said.

Steve King: 'Snowflakes' have no sense of humor; make it difficult to solve problems

ONAWA, Iowa -- Too many Americans are bitter "snowflakes" who can't take a joke, Rep. Steve King told a group of constituents in Northwest Iow…

King's campaign team did not respond Wednesday to the Journal inquiry about debates; he has expressed a willingness to debate in past media interviews. The primary is in June.

After an investigation, police said a 7-year-old boy was struck with a belt by his father on Sunday at his residence, causing abrasions to his shoulder area. 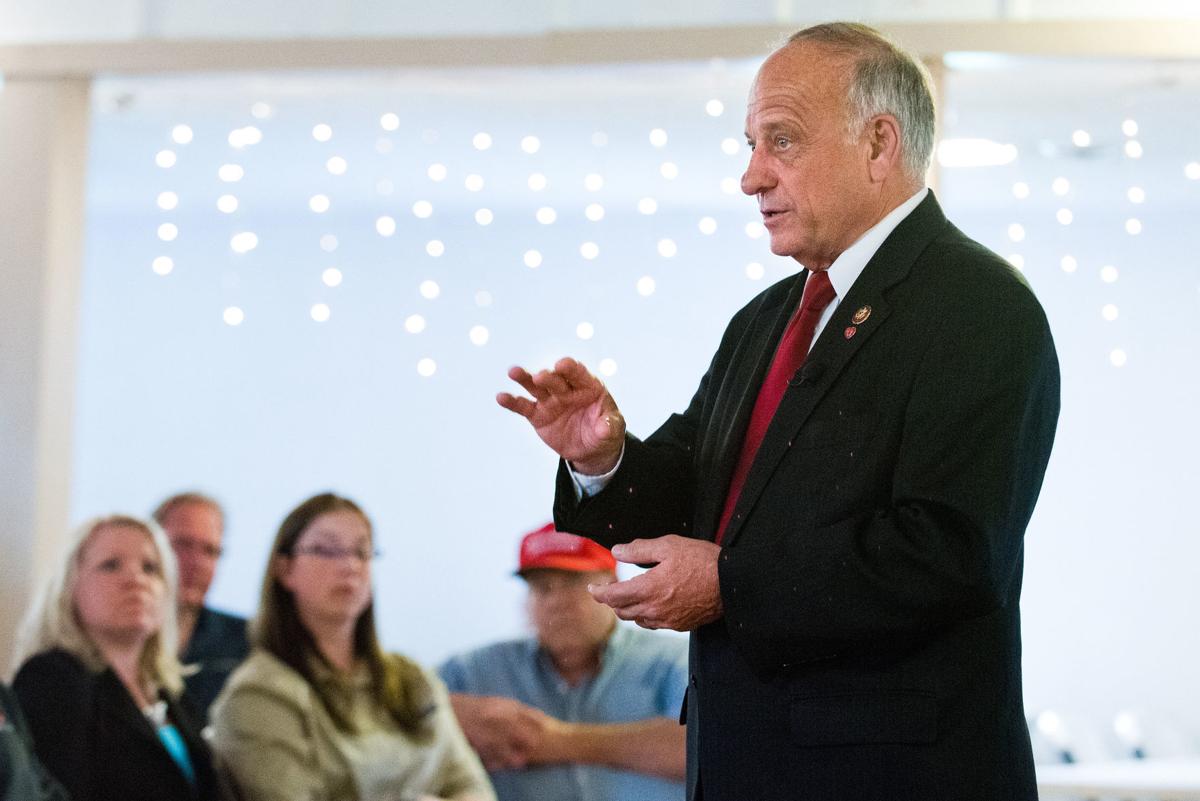 Rep. Steve King, R-Iowa, speaks during a town hall in Hornick, Iowa, on May 28. In 2019, the Republican congressman held meetings in each of the 39 counties in the sprawling 4th District. 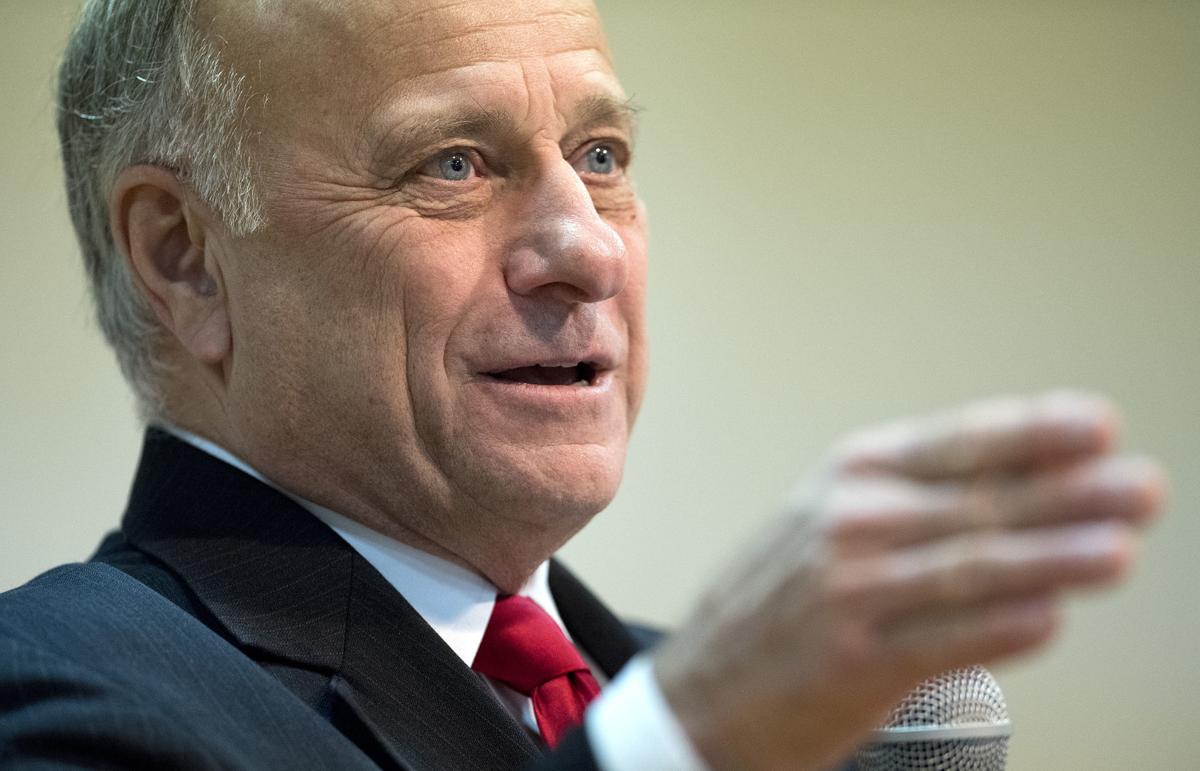