An image of the Dakota County Courthouse from the county website. 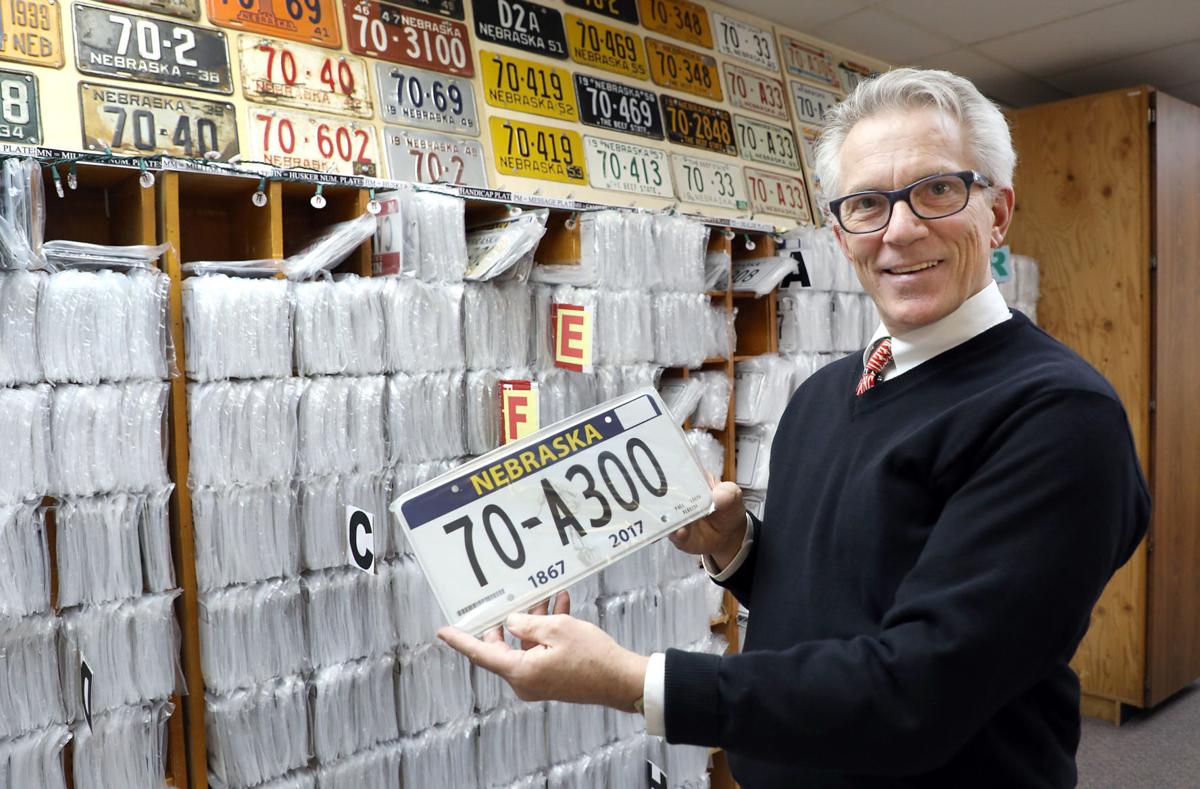 Dakota County Treasurer Bob Giese in December 2016 displays one of the Nebraska license plates in his office at the Dakota County Courthouse in Dakota City.

DAKOTA CITY, Neb. -- The Dakota County Board of Commissioners on Monday are expected to make an appointment from a list of four people to fill a vacancy for the county treasurer position.

The treasurer vacancy occurred because former treasurer Bob Giese was elected to a seat as a county commissioner in November. Giese was sworn in in early January, when the state-mandated clock of 45 days began for the commissioners to fill the position via appointment.

The meeting will be held at 1 p.m. at the Dakota County Courthouse in Dakota City.

Dakota County Auditor Joan Spencer reported a county board members committee on Jan. 14 for a second time met with some candidates who were interested in becoming treasurer.

Spencer said the committee has recommended one of four people become the treasurer, with the list including Dawn Bousquet, of South Sioux City, Jolene Gubbels, of Hubbard, Jane Keitges, of Jackson, and Robert E. Kratky, of Dakota City.

Giese, a Democrat from South Sioux City, won several terms as treasurer, including most recently in 2018 when he had no opposition. Giese was a state senator until resigning to ultimately win the treasurer post in 2010.

See who won election in hundreds of municipal elections across Siouxland counties in Iowa, Nebraska and South Dakota.

Across the border in South Dakota, access to the Union County Courthouse in Elk Point has been limited to essential business only in an effort to reduce human interactions and limit the spread of the virus.

SOUTH SIOUX CITY -- There will be a contested election in South Sioux City this fall.

I was sitting in the student union at the University of Northern Iowa, strumming my guitar and singing folk songs.

The Dakota County Board of Commissioners unanimously appointed Dawn Bousquet to fill the vacancy. Her term runs through December 2022.

An image of the Dakota County Courthouse from the county website.

Dakota County Treasurer Bob Giese in December 2016 displays one of the Nebraska license plates in his office at the Dakota County Courthouse in Dakota City.