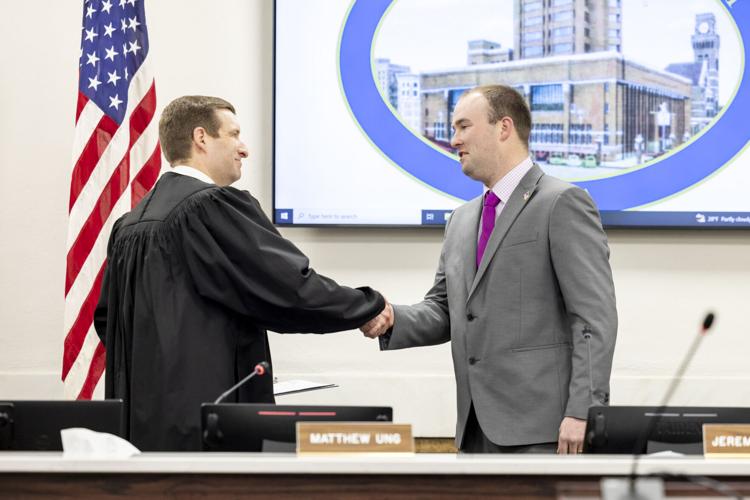 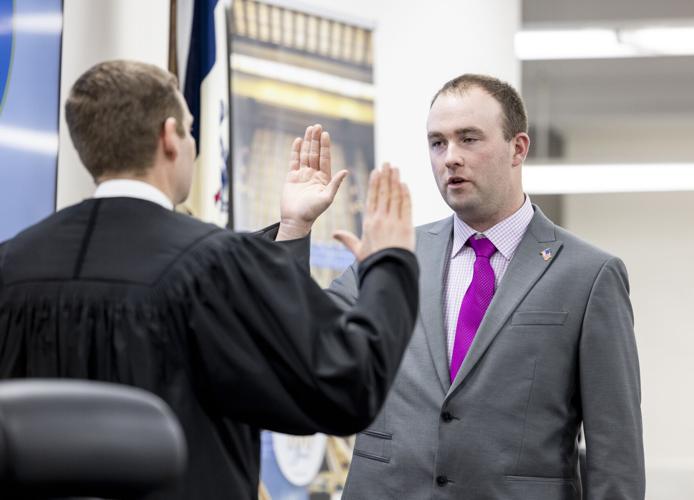 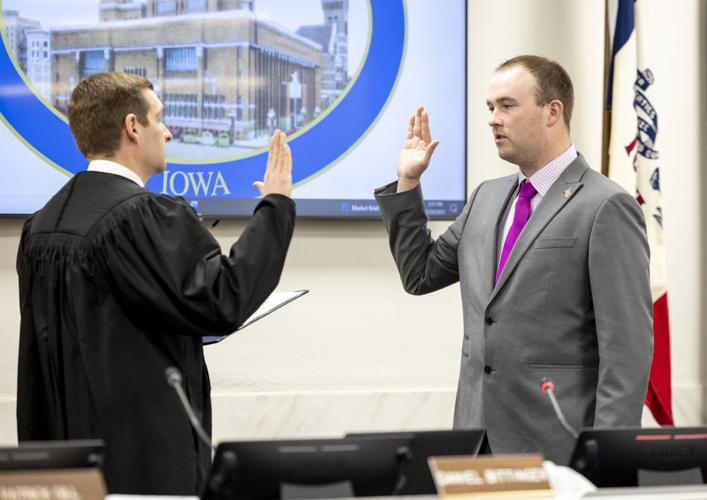 SIOUX CITY – Mark Nelson has been chosen to fill the vacant Woodbury County Board of Supervisors position.

Nelson was selected by the search committee out of nine candidates Tuesday morning and was quickly sworn in Tuesday night before the regular Board of Supervisors meeting.

A committee made up of Treasurer Tina Bertrand, County Attorney James Loomis and Auditor Pat Gill was in charge of the appointment process.

The committee unanimously voted to appoint Nelson. He is replacing Rocky De Witt who resigned after being elected to the Iowa Senate. Nelson will fill the remaining two years of the term before the general election in 2024.

“I appreciate the opportunity to serve and I'm ready to get to work,” Nelson said.

Nelson is farmer living in Correctionville and is originally from Moville. He is the owner and operator of Hungry Canyon Cattle Co. and farm manager of Bar N Feedlots.

He attended Woodbury Central before going to Iowa State University for a bachelors degree in agriculture studies.

"I can confidently say I have my finger on the pulse of the people in my district," Nelson said. "I drive nearly 100 miles of county paved and gravel roads daily. [...] I can be found in almost every corner of my district daily."

Nelson has been vocal in the county and at Board of Supervisors meetings on a variety of issues, including the wind turbine issue and co-organized the petition against the turbines.

The seat now filled by Nelson makes up most or the northern part of rural Woodbury County, with a portion in Sioux City. Nelson said he felt it was important to run and have rural representation on the board.

Board of Supervisors Chair Matthew Ung said he has seen Nelson at board of supervisors meetings and throughout the community and said he represents the agriculture community well.

Nelson said the four main issues in Woodbury County right now are the secondary roads improvement project, the construction of the new jail, wind turbine projects and the carbon pipeline project, all of which directly affect rural citizens.

Nelson said six of the town mayors in Woodbury County supported him in running for this position.

"I have knocked on doors, sat at kitchen tables and visited hundreds of county in the past year about their needs and visions of the county," he said.

He said he wants to be a servant leader by listening, understanding, having empathy, and opening the conversation for others.

Each committee member thanked the candidates for participating and said they were excited about the amount of rural Woodbury County residents that applied.

Loomis said all of the candidates had vast experiences in areas such as rural Woodbury County, economic development and more.

Each elected official announced their top candidates. All three said Nelson was in their top choices. Bertrand also put Barbara Sloniker in her top two, while Loomis put Jeanette Beekman in his top two. Gill said all three were his top choices.

Bertrand said she chose her top candidates based on who could best support Woodbury County in the rural areas and economic development, Gill said his top to areas of focus were protecting the autonomy of elected officials and rural Woodbury County representation.

Loomis also said that he felt the chosen applicant should represent the rural areas. After calling references, Loomis said he noticed a pattern of good listeners and people who don’t make rash decisions.

If voters do not approve of Nelson's appointment, a petition for a special election can be made within 14 days of the appointment.

The petition must be signed by at least 10 percent of the votes cast in the last general election, which would be at least 2,882, Gill said previously. All voters in Woodbury County can vote for all seats on the board, not just the district they live in.

Mark Nelson appointed to fill vacant seat on county board

Newly appointed board member Mark Nelson tells why he ran for the open seat on the Woodbury County Board of Supervisors. Also, Matthew Ung, ch…

One of the largest changes that impacted the Woodbury County budget was the use of $2.5 million of the proceeds from the county farm. The FY20…

Sioux City School Board President Dan Greenwell is worried about how recently passed, state-funded, private school financial assistance will a…