SIOUX CITY -- The Sioux City Council approved a resolution Monday to recommend that the U.S. Department of Transportation award a three-year contract to SkyWest Airlines for service between Sioux City and Chicago under the Essential Air Service program.

Sioux Gateway Airport is covered by the federal program, which was created in 1978 to ensure that smaller communities maintained at least a minimal level of air service. The airport successfully used EAS protections to preserve Sioux City's air service when Delta Air Lines pulled out of the market years ago.

The Sioux Gateway Airport Board of Trustees reviewed three proposals for EAS submitted to the USDOT by American Airlines, Boutique Air and SkyWest, which is doing business as United Express. Although Boutique Air presented a bid for zero subsidy, David Bernstein, the board's president, wrote in a letter to the USDOT that there were "significant issues" with the airline's bid that would jeopardize service not only at Sioux City, but all EAS markets that have service by Boutique Air.

"We feel that SkyWest is the lowest viable bid and competitive bid from an airline," Bernstein told the council before the vote.

American Airlines announced in August its intention to stop flying to Sioux Gateway in October, due to the catastrophic impact of COVID-19 on the airline industry. The airline backtracked a few days later, delaying its plan to suspend its flights to Chicago and Dallas-Fort Worth. Then, at the end of August, American filed to terminate unsubsidized service to Sioux City, under the EAS program.

"We do appreciate what American did for us. They put us on the map again. We should not take that lightly," Mayor Bob Scott said. "I think SkyWest is a fine carrier, don't get me wrong. I wish somehow American would've been successful in this, just because of the relationship that we've developed with them over the years."

Last month, Denver air service returned to Sioux Gateway, after a six-year absence, with once-daily United Express-branded flights operated by SkyWest. Bernstein said Denver service has been doing "pretty well so far," with a load factor of over 50 percent in the first three weeks.

Once the COVID-19 situation subsides, Bernstein said SkyWest plans to "scale down" the subsidy.

"It's much higher in the first year than the remaining two," he said. "SkyWest flies for United, American and Delta, so at some point down the road that could be a path towards even renewing American service, or Delta service, as well."

Sioux Gateway board backs SkyWest for service to Chicago

As of Monday, 60 people were hospitalized at Sioux City facilities because of COVID-19; 24 other patients have tested positive for the virus but are hospitalized for other reasons, according to the Siouxland District Health Department.

Sioux Gateway Airport at Thanksgiving: Better than most of 2020, far worse than last year

The airport was slated to offer two flights per day during the Thanksgiving travel period, which likely will be somewhat above 50 percent full. 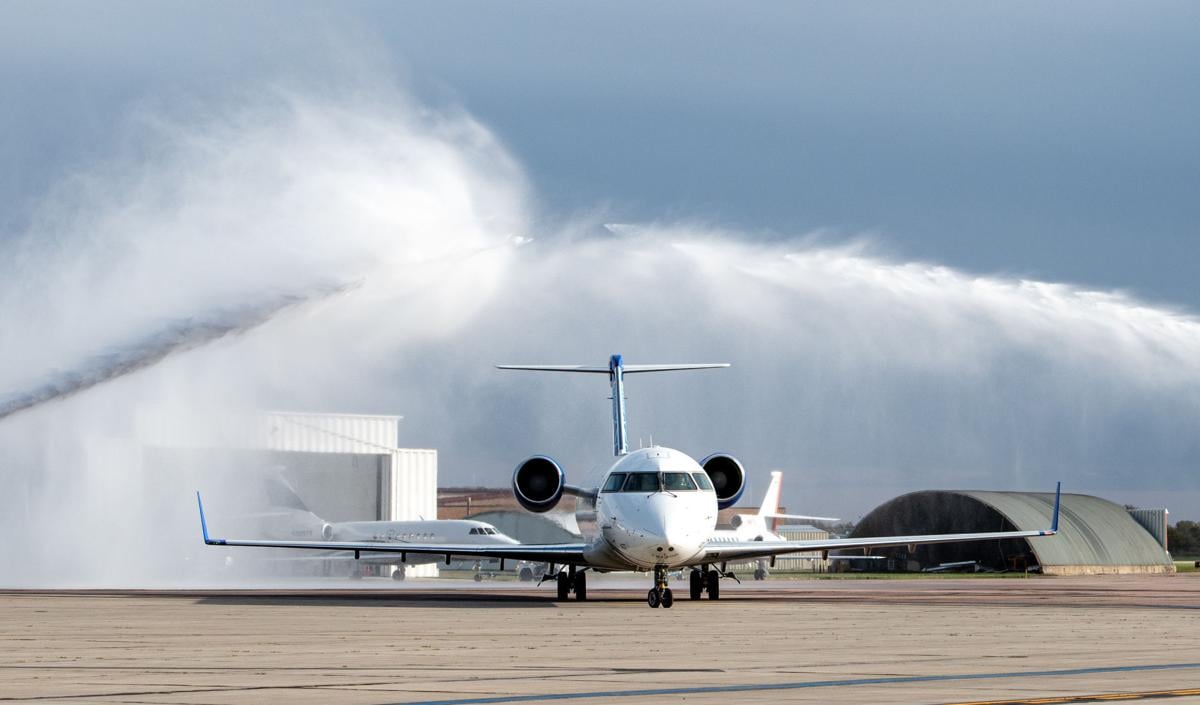 SkyWest Airlines Flight 5146 from Denver taxis in to Gate 2 with a water salute at the Sioux Gateway Airport on Oct. 14. The Sioux City Council approved a resolution Monday to recommend that the U.S. Department of Transportation award a three-year contract to SkyWest Airlines for service between Sioux City and Chicago under the Essential Air Service program. 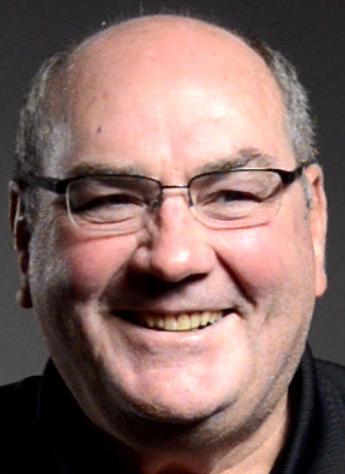