SIOUX CITY -- After the most recent change 18 months ago, the Sioux City School Board could again be moving the time when people can speak on any issue of concern during the public comment portion of meetings.

In the last two board meetings in November, people urged school board members to move the public comment portion from the end of the meetings to the beginning.

In the first of those two meetings, a parent, Mike Bushby, who lives in the 2300 block of Seneca Way, used the public comment period to assert that the beginning of meetings was a better time for people to weigh in on school topics. Bushby was followed by Dan Greenwell, a longtime district administration critic, who said he agreed with placing the public comment period earlier in meeting agenda.

Greenwell was the school board candidate who got the most votes of six people in the Nov. 5 election for four board positions. He was sworn in as a board member on Nov. 25, when departing board member David Gleiser in some of his final remarks also urged the continuing board members to have public comment at both the beginning and end of each meeting, as has been done in recent years in weekly Tuesday meetings of the Woodbury County Board of Supervisors.

Board president Jeremy Saint told Gleiser that any change would best be addressed by the district's Policy Review Committee with a recommendation to board members. In June 2018, the school board shifted from having had public comment at the beginning of meetings.

At the time, Saint said the change was approved by the board after the Policy Review Committee worked through the proposal. Saint said board member Perla Alarcon-Flory asked about moving the citizen concerns to the end of the meeting, largely because several people spoke early about items that were on the agenda later in the meeting. Saint said many people then left before the board actually took up the agenda item for the fuller, planned discussion.

The school board meetings typically begin at 6 p.m. on Mondays twice per month, and it is not unusual for meetings to last two or more hours.

Each person is given up to 5 minutes to speak, with a clock projected on a screen counting down the time.

Over the last year, the process has been more formalized, as people are asked to fill out a one-page form with their name, address and concern, plus whether "your concern (has) been presented to the superintendent previously?"

One other factor with public comment portions is that board members don't answer the issues or questions raised  by the speaker. As Saint explained in the most recent meeting, that doesn't mean the board members don't care about the issue, but they are not to engage in discussions, since the item isn't on the agenda.

The Iowa Public Information Board summary of Chapters 21 and 22 of the Iowa code says, "Government bodies are not required to allow public comment at open meetings, though many do, and they are allowed to enforce reasonable rules to ensure meetings are orderly." However, nothing in the law precludes elected officials from responding to public comments.

Greenwell, who has posed many questions in the last few years during public comment periods, said it is time that board members give people answers.

He said there is nothing unlawful about board members asking clarifying questions and giving comments, so long as no deliberations or decisions are being made. Greenwell said that's how the Iowa City School Board handles public comment periods.

"I think we will get that changed," he said.

SIOUX CITY -- They have previously wrapped long careers as educators, and now Jackie Warnstadt and Mike McTaggart are one week from ending sub…

Regarding the loss of incumbent Miyuki Nelson, member-elect Dan Greenwell said the current board members have too much of a "group think or rubber stamp" approach to their duties of giving direction to superintendent Paul Gausman's administration.

Dan Greenwell, a longtime critic of Superintendent Paul Gausman's administration, had requested the reaudit. Greenwell, a businessman, was the top vote-getter in the Nov. 5 school board election and will take office at the board's Nov. 25 meeting.

The updated board unanimously returned Jeremy Saint as board president. New member Dan Greenwell contended he should be vice president, to represent the new wave of change among incoming board members, but he did not win that vote.

Officials said it will be a good option for people who are deaf or hard of hearing, have speech impairments or are in a dicey situation in which calling by voice to 911 is not possible or dangerous.

No. 3 story of 2019: Greenwell leads sweep of new Sioux City School Board

When meetings of the Sioux City School Board start up again on Jan. 13, newly elected board member Dan Greenwell will push for more scrutiny of spending and revenues for the district budget.

An eight-page memo said the lunchroom atmosphere approximates a "war zone," there is an insufficient number of counselors, punishments aren't sufficient to match extreme student behaviors, and some parents are feared and catered to by administrators.

Greenwell said $700,000 could be cut from consulting and professional services, and $150,000 from travel expenses. He added there should be more financial justifications before the board approves new programs such as International Baccalaureate. 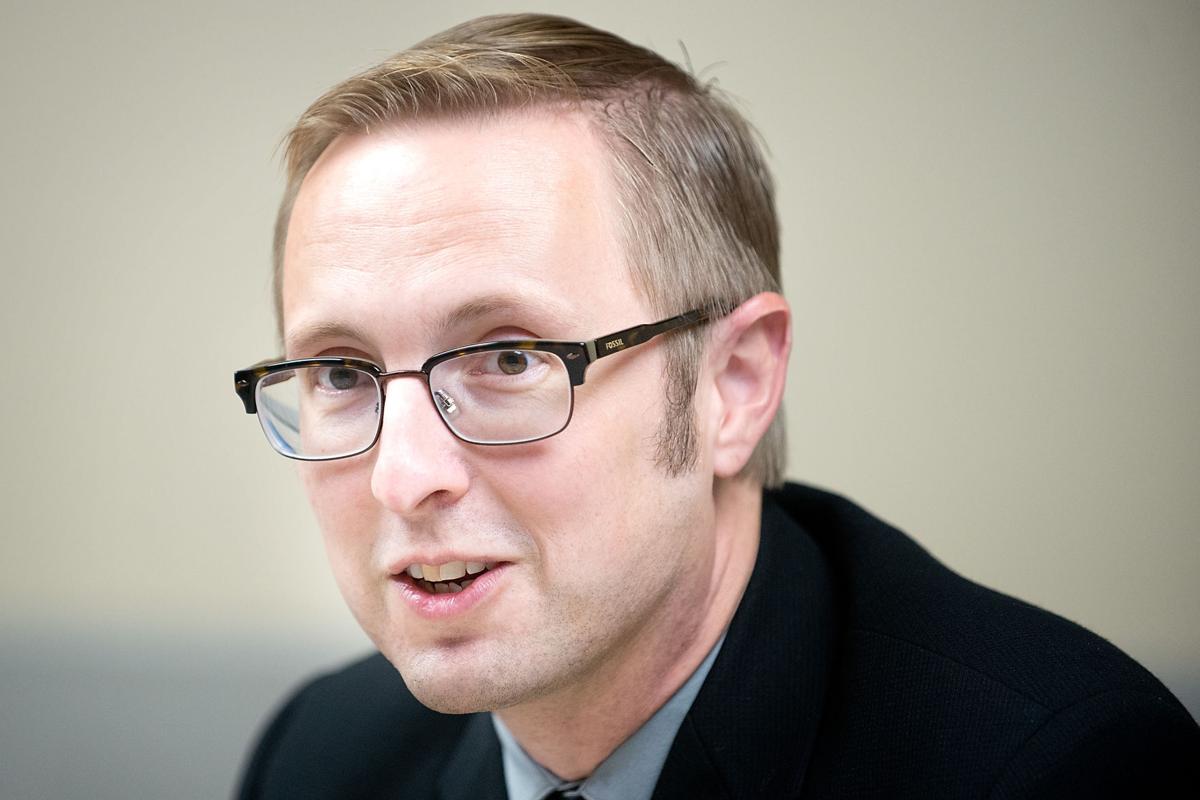