SIOUX CITY -- Amid a chaotic situation at the U.S. Capitol Wednesday, members of Siouxland's congressional delegation rushed to secure spaces as an angry mob of President Donald Trump's supporters stormed past police barricades and breached the House and Senate chambers.

In a text to a Journal reporter around 2:30 p.m., Iowa 4th District Rep. Randy Feenstra said he was safe but "devastated by events that are happening." The Republican, who started his first term this week, called on the protesters to disperse.

"It's every American's right to protest peacefully," Feenstra said in a tweet posted about an hour earlier. "Violence is never the answer. Thank you Capitol Police for working today & every day to keep us safe. If you or someone you know are a part of the protest, please remain peaceful & ask others to do the same. The world is watching."

An aide to Republican Iowa U.S. Sen. Charles Grassley, third in the presidential succession line, said he could not comment on Grassley's location for security reasons, but that he was with his usual capitol police protective detail.

Grassley's Twitter account later tweeted, "Thank you for your concern. Senator Chuck Grassley is in a secure location."

Fellow Republican Iowa Sen. Joni Ernst tweeted she and her staff were also safe, calling the spectacle and skirmishes between Trump supporters and police "anarchy."

"I served in uniform to defend the right to peacefully protest," Ernst, the first female combat veteran to serve in the Senate, tweeted. "What's happening at the Capitol right now is not peaceful nor a protest. It's anarchy, & a betrayal of the American ideals we all hold dear."

Sen. Deb Fischer, R-Nebraska, on Twitter said the rioters have no constitutional right to harm police and storm the Capitol.

"We are a nation of laws, not some banana republic," Fischer said. "This must end now."

The melee took place near the beginning of a congressional joint session for certification of electoral votes confirming Joe Biden as the next president. Some Republican officeholders were pushing against that, in support of Trump. At least 12 senators and more than 100 House members allied with Trump have pledged to challenge the results from several battleground states, citing Trump’s repeated, baseless charges of widespread fraud.

In a raucous, out-of-control scene, hundreds of supporters fought past police and breached security perimeters at the Capitol, shouting and waving Trump and American flags as they marched through the halls. The breach forced the evacuation of both chambers and several office buildings.

Rep. Adrian Smith, the lone congressional member from Nebraska planning to object to the electoral results, called for calm at the Capitol.

"While many protesters are exercising their constitutional right to be heard peacefully, I urge all protesters to do so and to follow the directions of law enforcement," the 3rd District Republican congressman said in a statement.

U.S. Sen. Mike Rounds, R-S.D., called for the nation to "stand together in opposition to the violent acts and lawlessness."

"Violence and destruction are never the answer," Rounds said in a statement. "We are better than this, and it's past time for cooler heads to prevail. I continue to pray for our great country."

By early evening, law enforcement officials had secured the Capitol. House and Senate leaders vowed to reconvene Wednesday night to complete the certification of the electoral votes.

"The violent behavior at the Capitol is inexcusable and disgusting, but we won’t be deterred from our Constitutional duty," South Dakota Sen. John Thune, the Republican Majority whip, tweeted. "We need to work together to protect our democracy."

The tri-state governors also weighed in on the historic events.

"Standing with and praying for the brave men and women of the U.S. Capitol," Iowa Gov. Kim Reynolds tweeted. "Police and all who have been endangered by the violence and unrest happening at our nation’s capital. This behavior is unacceptable and not who we are as Americans."

"Peaceful protest is the American way," Ricketts said in a tweet. "Violence and destruction of property is not. I encourage the protesters in D.C. to leave and go home."

South Dakota Gov. Kristi Noem tweeted that while "we are all entitled to peacefully protest, violence is not a part of that."

Former Iowa 4th district Rep. Steve King, who ended his 18-year run in the House when his successor, Feenstra, took office, said in a tweet, "We the People have the right to "peaceably assemble, and to petition the Government for a redress of grievances.” But no right to violence, vandalism or criminal trespass. The system failed We the People. We must have a functional due process."

The Journal Des Moines Bureau and the Lincoln Journal Star contributed to this developing story.

HULL, Iowa -- The genesis for the veer by U.S. Rep.-elect Randy Feenstra from business and sales into public service came in an unlikely spot …

Deaths are rising in the area though positivity rates and hospitalizations are dropping, since deaths are a lagging indicator of the pandemic.

King, a nine-term representative, was defeated by Feenstra, a state Senator from Hull, in the primary.

See scenes from inside the US Capitol on Wednesday afternoon as supporters of President Trump breached the building.

In a statement that didn't cite President-elect Joe Biden by name, Feenstra said it was time to end the uncertainty about the election.

Siouxland leaders offer thoughts on what comes next after Capitol breach

A day after a mob of Donald Trump supporters breached the U.S. Capitol, we asked leaders: After what happened Wednesday at the Capitol, what should be the next steps, for the nation to move ahead?

Gov. Kim Reynolds did not answer a question posed about her support for President Donald Trump, who had encouraged ralliers to march to the Capitol, saying instead it was time to “stop pointing fingers and move forward.”

Smith said his objective was not to make Donald Trump the winner instead of Joe Biden. He would not answer a question whether he thought Biden won.

"Donald Trump has acted shamefully," Sasse said. "He has been in flagrant dereliction of his duty, and he will be remembered for having incited this and for having drawn more division into an already divided people.

Iowa man says he entered US Capitol with mob but was not violent: ‘That is not who I am’

Leo Kelly said he had no malicious intent when he entered the Capitol on Wednesday. He didn’t feel like part of a coup attempt. “It was just a crazy time,” he said.

No tri-state congressman defended or even mentioned President Trump but cited the timing of the vote and warned about its divisiveness.

An internal FBI memo warns of plans for armed protests at all 50 state capitals in the days leading up to President-elect Joe Biden’s inauguration.

Most of those surveyed condemned the U.S. Capitol attacks, but none expressed regret for backing Trump’s campaign in the aftermath of violence.

WASHINGTON -- A year after a mob stormed the U.S. Capitol, breaking doors and windows, assaulting Capitol police and causing members of Congre… 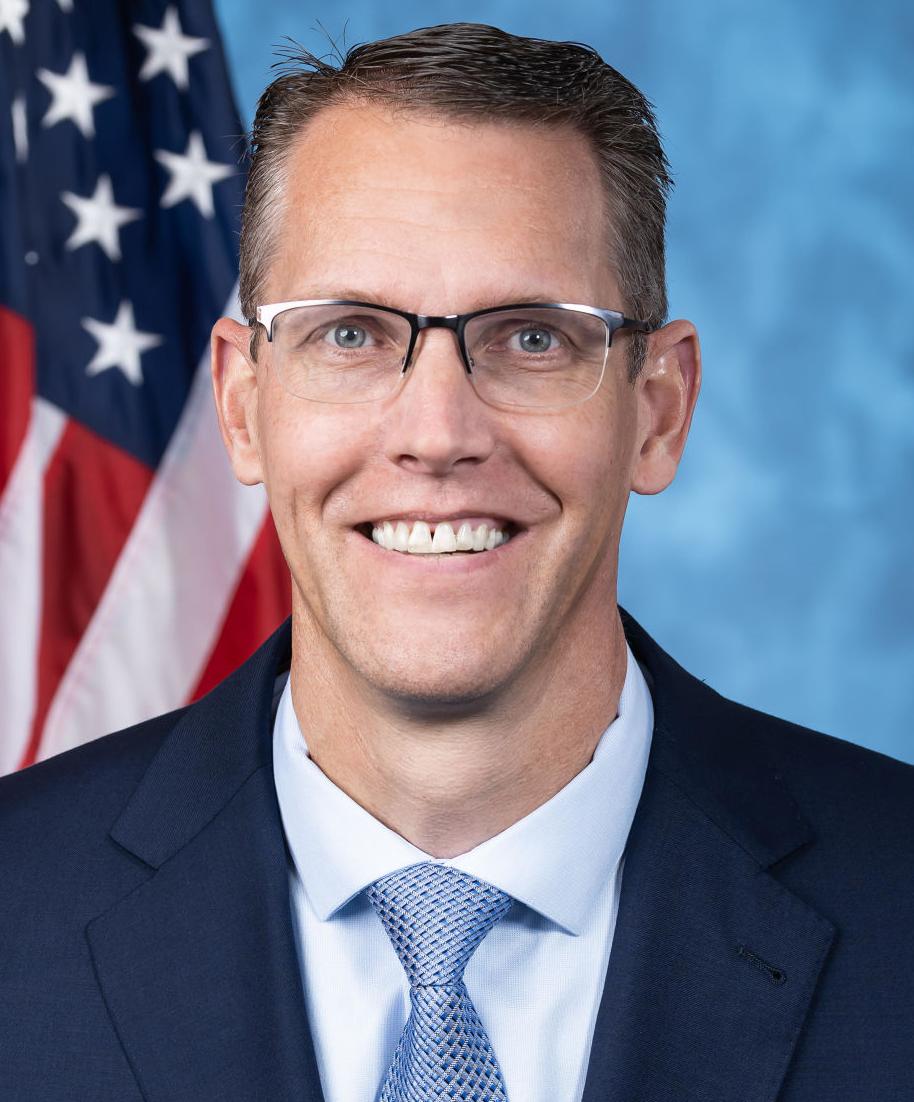 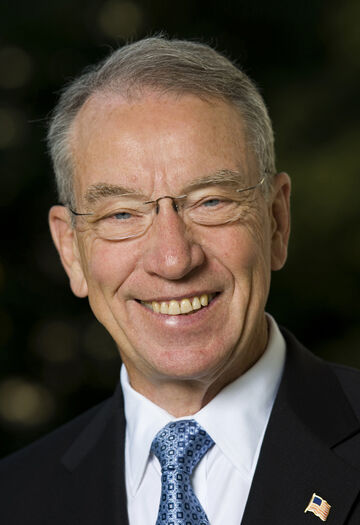 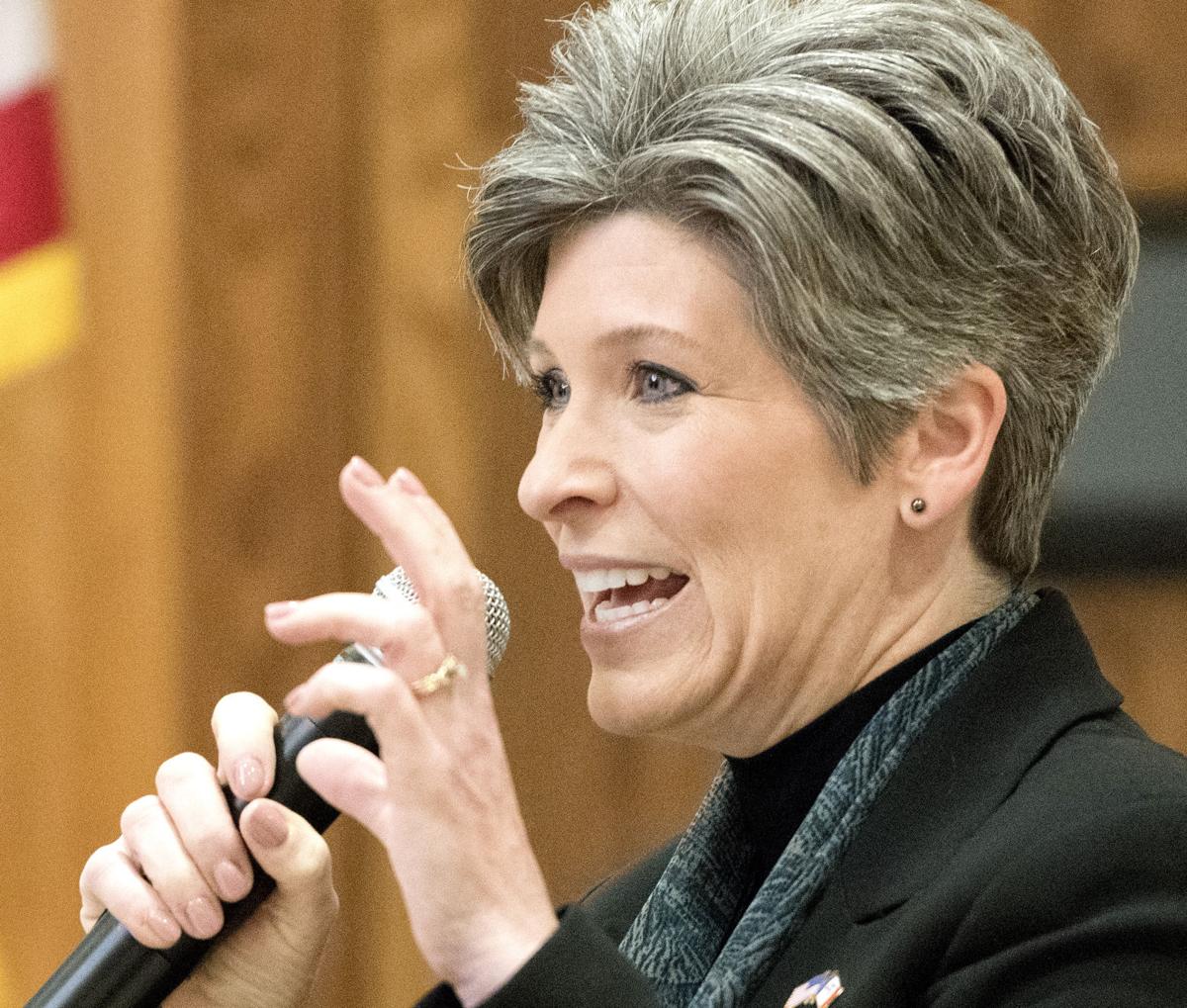 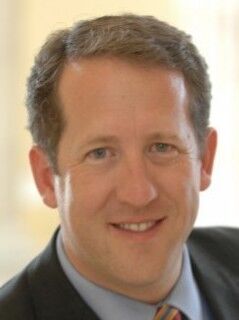 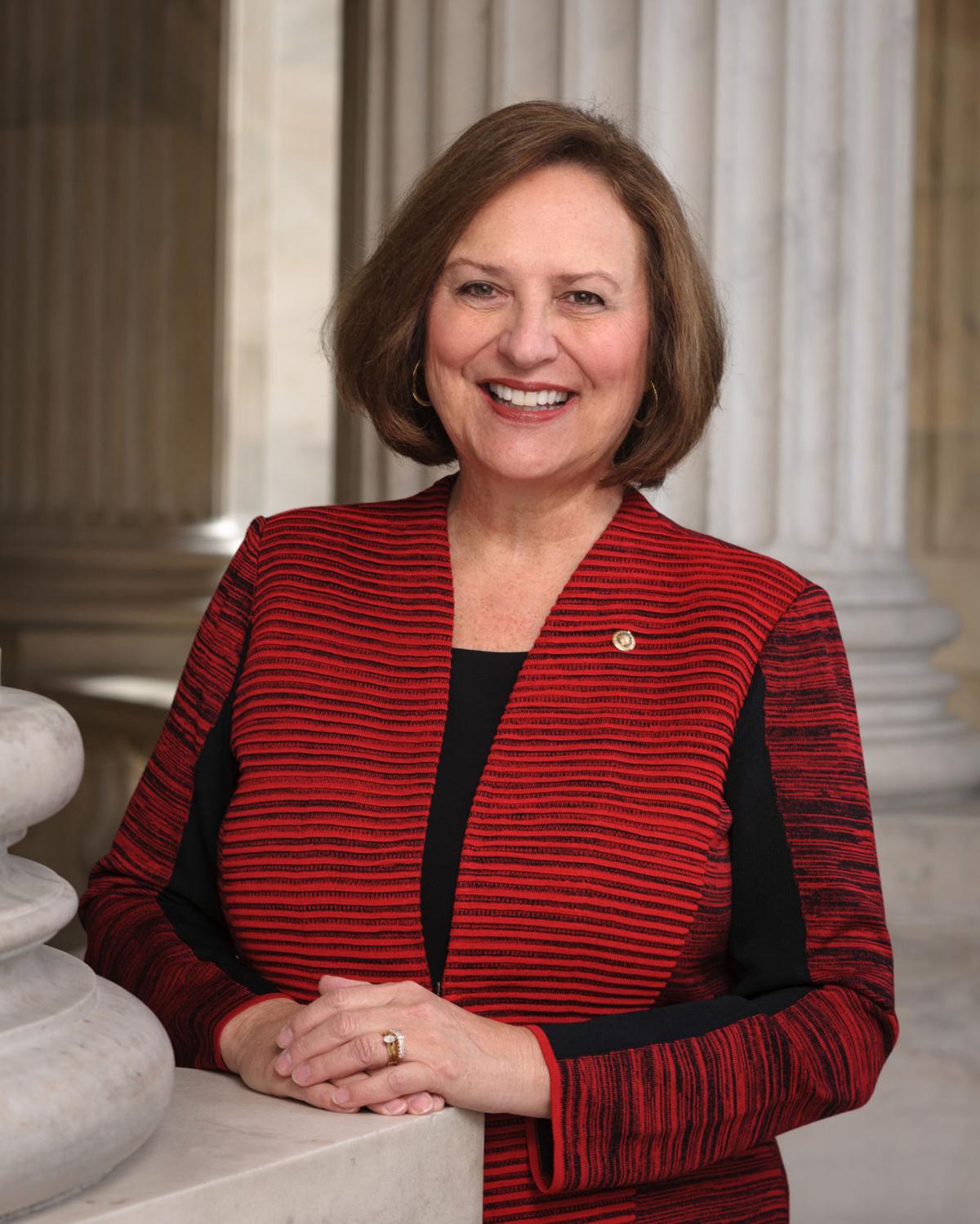 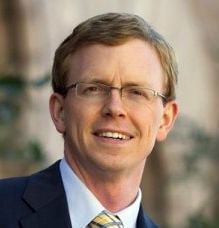 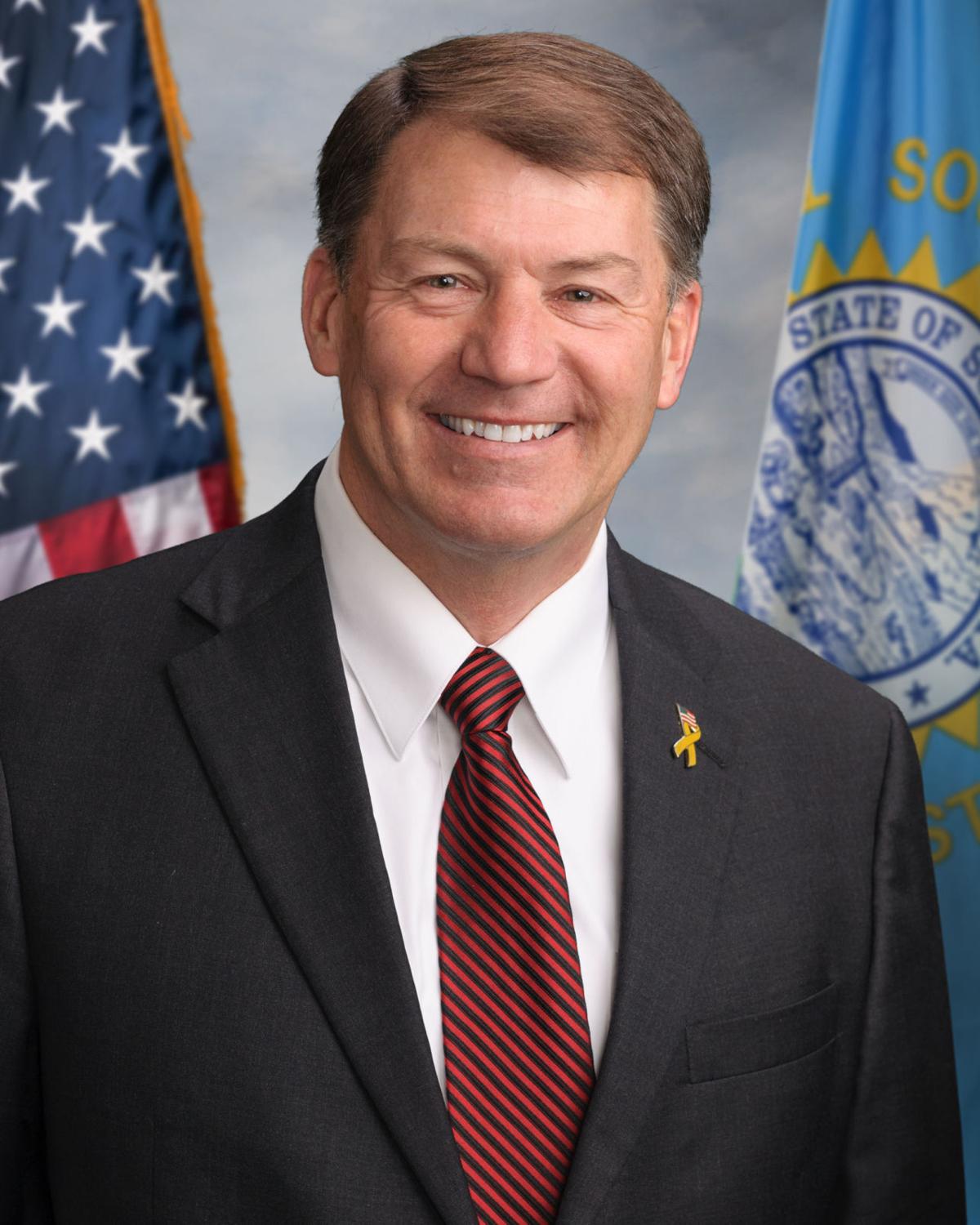