Board chair Rocky De Witt said the board was at a crossroads.

"I don't think we have a choice," he said during their weekly meeting Tuesday. He said it is unprecedented times and a new building is necessary.

But community members said there were other choices, such as rejecting both bids and waiting for material prices to decrease.

The board agreed to provide funding to the new LEC, including but not limited to the CARES relief funding from the federal government.

The county is slated to receive around $20 million over the next two years from the stimulus law, which includes payments to state and local governments to help cover costs and budget shortfalls related to the pandemic.

Over 40 citizens attended Tuesday's meeting, with some expressing concerns regarding the LEC project and allocating the federal relief funds.

Construction on the project was originally set to begin earlier this year, but was delayed by the rising costs of building materials, triggered by a disruption in supply chains due to the COVID-19 pandemic.

Guidelines for the use of the federal funding were expanded to include capital improvements designed to mitigate virus spread, as well as provide mental health services, according to an executive summary provided to the board.

A new HVAC system, a mental health office, three padded cells, and six isolation or exam rooms are aspects of the project that county officials said could fit the guidelines.

The original estimate for the main phase of the jail construction was $43 million. The low bid of nearly $58.4 million from Lincoln, Nebraska-based Hausmann Construction represents a 36 percent increase in cost, said Kenny Schmitz, the county building services director.

Individuals from the public asked the board to reconsider allocating the funding.

Ernie Colt, a business representative for North Central States Regional Council of Carpenters, said the entire project should halt and the project should be rebid in hopes the cost will come down to a "feasible level." He said there is no plan if the funding is not approved by the government.

"We wouldn't do this for any other project," he said.

Others in the audience agreed. Dean Bradham, organizer with the Local 33 plumbers and steamfitters union, said the county has not proceeded with any other project that has gone over budget.

He said the costs will go down if the county waits to proceed with the project. He said there needs to be a break.

The board voted unanimously to allocate this year's portion of the CARES funds, or find alternative funding for the project.

Despite the possibility of having to repay the $15 million to the federal government, the board felt there were no other options.

County finance director Dennis Butler said the county has about $5 million in reserves, but the other $10 million would have to come from somewhere else.

De Witt said the county is preparing multiple backup funding sources, such as selling the county’s 184-acre farm. Based on current market conditions, officials have estimated the farm could fetch $1.5 to $2 million at a public auction.

After receiving confirmation from the county that money is guaranteed, the LEC Authority met on Wednesday to discuss the two general contractor bids it received. Sioux City-based W.A. Klinger Construction bid $59.3 million for the work, about $900,000 more than the low bid from Hausmann Construction, which has an office in Norfolk, Nebraska.

By the end of the meeting, the Authority board decided to delay its decision until Monday. A meeting will be held at 1 p.m. to approve one of the bids or reject both of them.

The Authority, a joint city-county entity, has two options: accept the low bid, or reject both bids and rebid at a later date.

Authority member Dan Moore, a Sioux City councilman, asked the vote to be delayed until Monday to give him an opportunity to bring the information to other council members.

He said Colt and others have brought different concerns to his attention that he wants more time to consider and discuss.

Feedback from contractors and community members received during the Tuesday night board of supervisors meeting said the project needs to be put on hold and the bids need to be rejected.

The authority is required by Iowa law to accept the lowest responsive and responsible bid. Iowa does not have a local preference law.

If the bids are rejected, Shane Albrecht of the Baker Group said the authority is not required to make any changes to the plans, but the bidding process has to be completely restarted.

There are a few items of the projects that could be removed to lower the cost, Albrecht said. He said there are about $1.3 million worth of items that could possibly be eliminated.

Albrecht estimated it would take three months to restart the bid process.

Possible downsides that were voiced during the meeting regarding rebidding included:

- A further increase of costs;

- A challenge to find workforce due to a labor shortage; and

- An increase in cost for the prefabricated jail cells the authority approved in May.

Indiana-based Pauly Jail Building Company, the low bidder for the jail cells, has not been given a letter of intent or funds to assemble the cells, Albrecht said. Due to the bond, the jail cells are under the general contractor contract. Albrecht said if the Authority decided to rebid, there is a possibility the price of the cells could increase.

What's your reaction to Woodbury County supervisors allocating $15.6M in COVID relief funds for the proposed county jail? Sound off at facebook.com/SiouxCityJournal

This unknown detail about Stonehenge might blow your mind

This unknown detail about Stonehenge might blow your mind

New book aims to teach history of US civil rights

New book aims to teach history of US civil rights

SIOUX CITY — The low bid for the main construction phase of the proposed Woodbury County jail came in at nearly $58.4 million, about $8 millio…

In unofficial results, 57 percent of voters supported the proposal, well above the simple majority required for passage. Under the measure, property taxes for many homeowners would increase by at least $25 per year over 20 years.

Siouxland District Health ends COVID reporting: 'There was always going to be a stopping point'

SIOUX CITY -- Though it might have seemed as though the COVID-19 reports from Siouxland District Health Department were never going to end, th…

SIOUX CITY -- A joint city-county board on Monday accepted the low bid of nearly $58.4 million from Hausmann Construction for the proposed Woo… 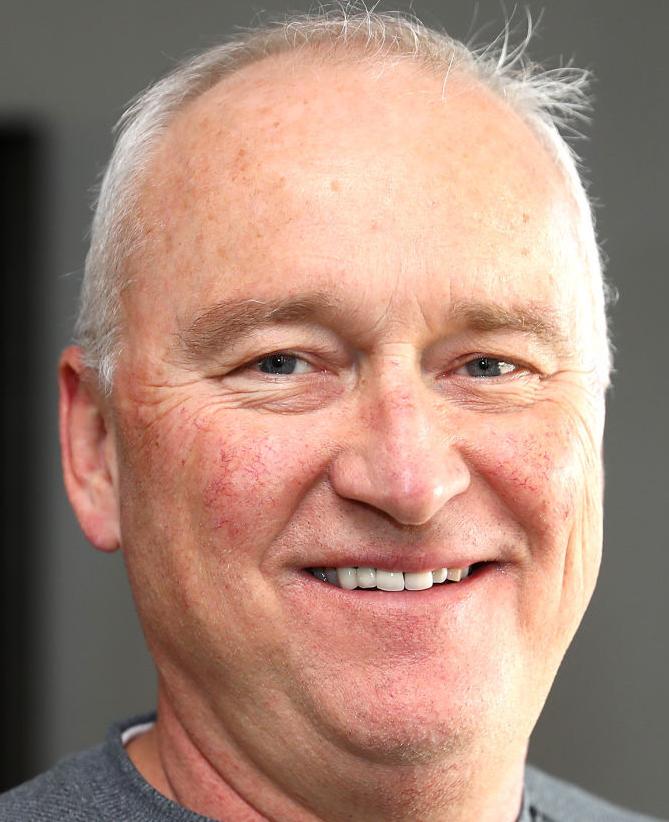