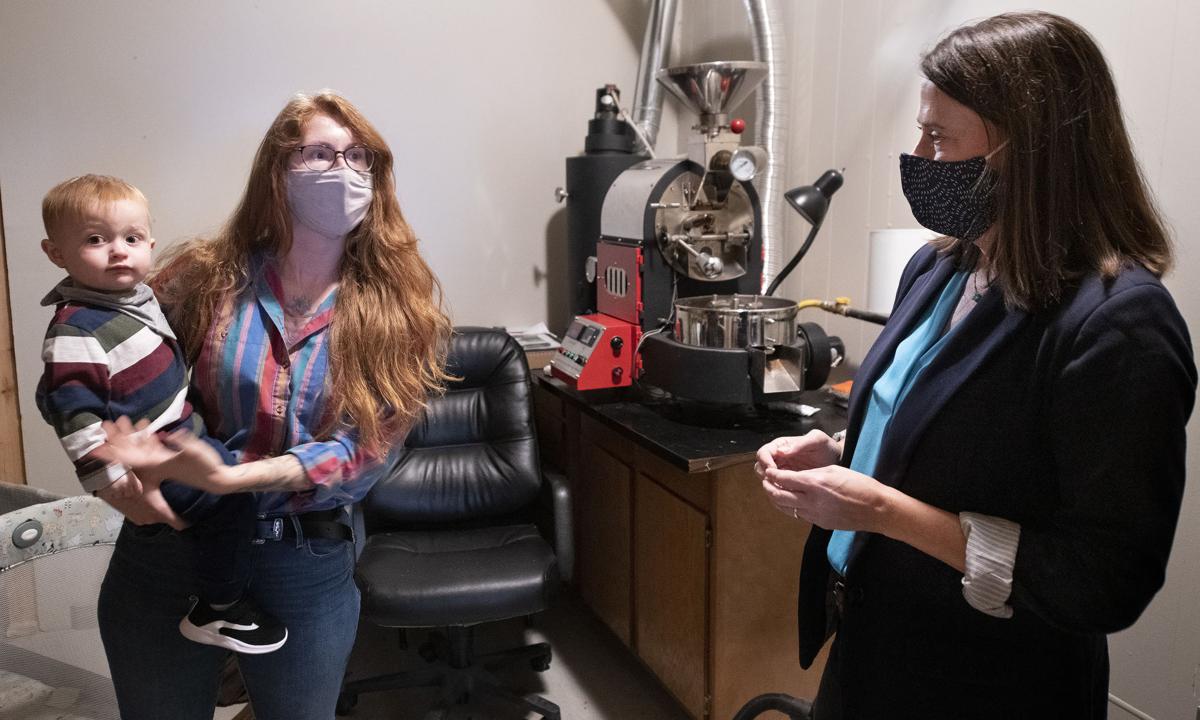 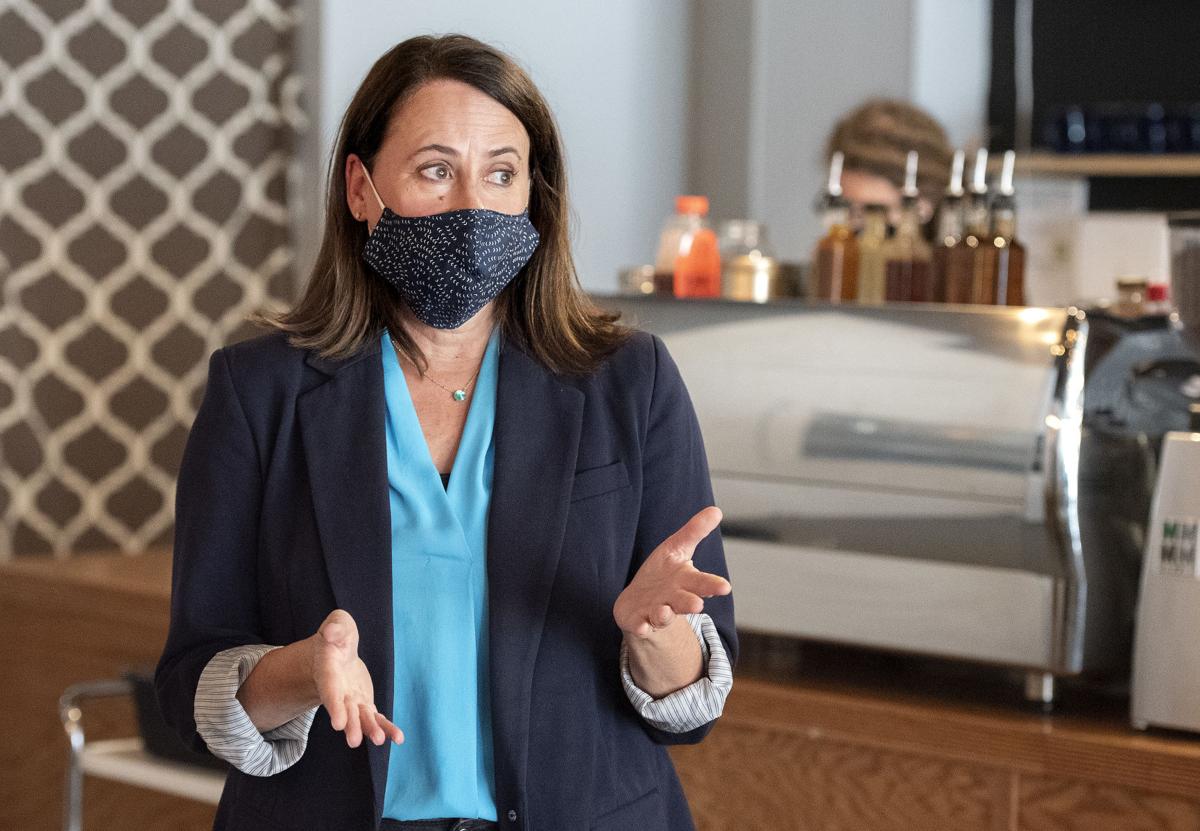 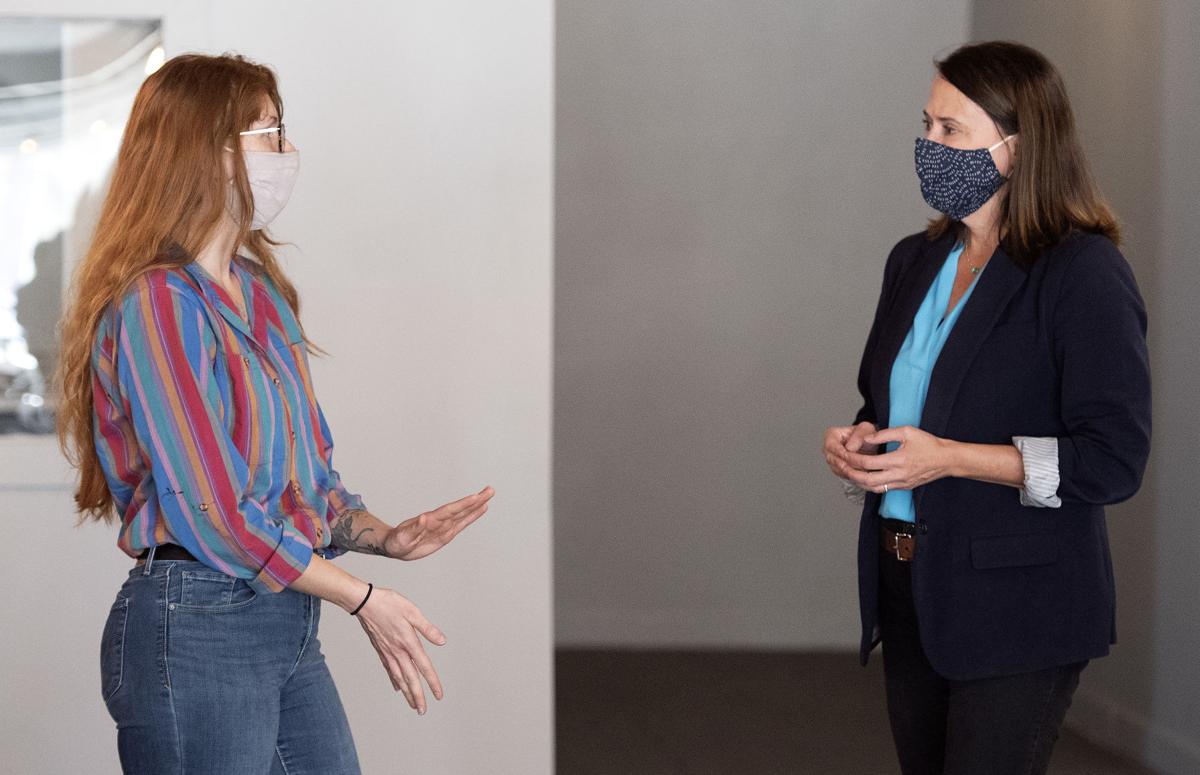 SIOUX CITY -- As the Republican-led U.S. Senate began hearings Monday on Amy Coney Barrett replacing the late Ruth Bader Ginsburg, Theresa Greenfield said she is not in favor of adding more justices to the Supreme Court.

"Packing the court with more justices would be too divisive," Greenfield, the Democratic nominee for the U.S. Senate, said during a campaign stop at Hardline Coffee Co. "There's way too much divisiveness going on."

Some Democrats have said that if Barrett is confirmed to the court, enshrining a conservative majority, the court should be expanded.

Greenfield said the court vacancy should not be filled until 2021, after American voters have selected new federal officeholders and decided between incumbent Republican Donald Trump or Democrat Joe Biden in the Nov. 3 election. Ginsburg died in September, less than two months from the election. Senate Republicans blocked the nomination of Merrick Garland, who was nominated by President Barack Obama, in 2016.

Currently in a competitive, high-stakes race against Joni Ernst, a Republican first-term incumbent, businesswoman Greenfield discussed her plans to help Iowans get back on their feet during the COVID-19 pandemic with an emphasis on health care, keeping workers safe and fixing the economy with a new stimulus package.

Saying health was on the minds of the people she's been meeting, Greenfield said she will do everything she can to protect the Affordable Care Act, including keeping the coverage of preexisting conditions. The Supreme Court will also soon take up a case related to that federal health law, which Greenfield said gives her concerns it could be overturned.

Greenfield is beginning to hold a few more public events, with coronavirus precautions. She also has run a blizzard of campaign ads, and is in a strong place financially, having announced that she brought in more than $28 million in fundraising over the three-month financial disclosure period that ended Sept. 30.

In addition to her Monday morning stop at Hardline Coffee Co., Greenfield was slated to be at Continue Care Home Infusion in Sioux City, tour a farm in Correctionville, and go to a small business in Denison before wrapping up with a tele-town hall with Iowa State Auditor Rob Sand.

Ernst was last in Sioux City on Saturday, for a campaign event that began "Joni’s Ride Across Iowa," an annual fundraiser event for the senator that involves motorcycle riding.

The Journal's Bret Hayworth contributed to this story.

Ernst in Sioux City says 'I, unlike my opponent ... actually get out into the counties across Iowa'

Five candidates were closely bunched together in the poll of 864 Iowa voters, with no one breaching 20 percent support.

On heels of Trump positive result, Ernst tests negative for COVID-19 while in Sioux City

Speaking in an interview after an hourlong tour of Siouxland Community Health Center, Iowa's junior senator said she wears masks in every public stop, even in a small town like her hometown of Red Oak.

Saint calls out 'incivility' on Sioux City School Board, may not seek to continue as president

"I don't give myself high marks" on some aspects of serving as president, Saint said at Monday's meeting, since pursuing the goal of letting board members have wide latitude to speak out has meant some discussions get out of control.

The mayor of Des Moines, where the president will rally Wednesday, expressed concern that the gathering could become a super-spreader event. Officials say they were told to prepare for up to 10,000 people to attend.

Recent analysis from the White House’s COVID-19 task force shows Iowa had the sixth-highest rate of new cases per capita in the country, and Polk County -- where the rally is being held -- had the highest number of new cases in the state.

"Walking the tightrope between pleasing the Trump base versus attracting other voters is challenging," said John Stineman, a Iowa GOP strategist unaffiliated with the Ernst or Trump campaigns. “I think if he performs poorly, that makes it hard for her."

The bludgeoning of commercials will continue until we curl up shaking in the fetal position on the floor. Or when election day arrives.

During a roundtable discussion with the education secretary, Dordt President Erik Hoekstra said the Trump administration has been a friend to institutions like Dordt because of its de-regulatory stance and its positive attitude toward Christian ideals.

Why are Iowa voters being asked about a constitutional convention?

The Iowa Constitution requires the question appear on the ballot every 10 years. Just once in the history of the state, in 1920, did Iowans vote in favor of a constitutional convention. But lawmakers decided then it was unnecessary and ignored it.

Reynolds, Feenstra to campaign for Ernst in Sioux City

The Sioux City event is one of three stops Gov. Kim Reynolds will attend as part of the “On Duty for Joni" tour.

"I think we're gonna continue to remind Iowans what they need to be doing, work with our hospitals to make sure they're doing OK and continue to learn to live with it," the governor said in an interview after a campaign stop.

Dialing in on election, Siouxland students have strong opinions on Trump, Biden

"The whole country is talking about Donald Trump and Joe Biden right now. The kids are picking this up," said Bret Glover, a West High School teacher who teaches several sections of American Government. 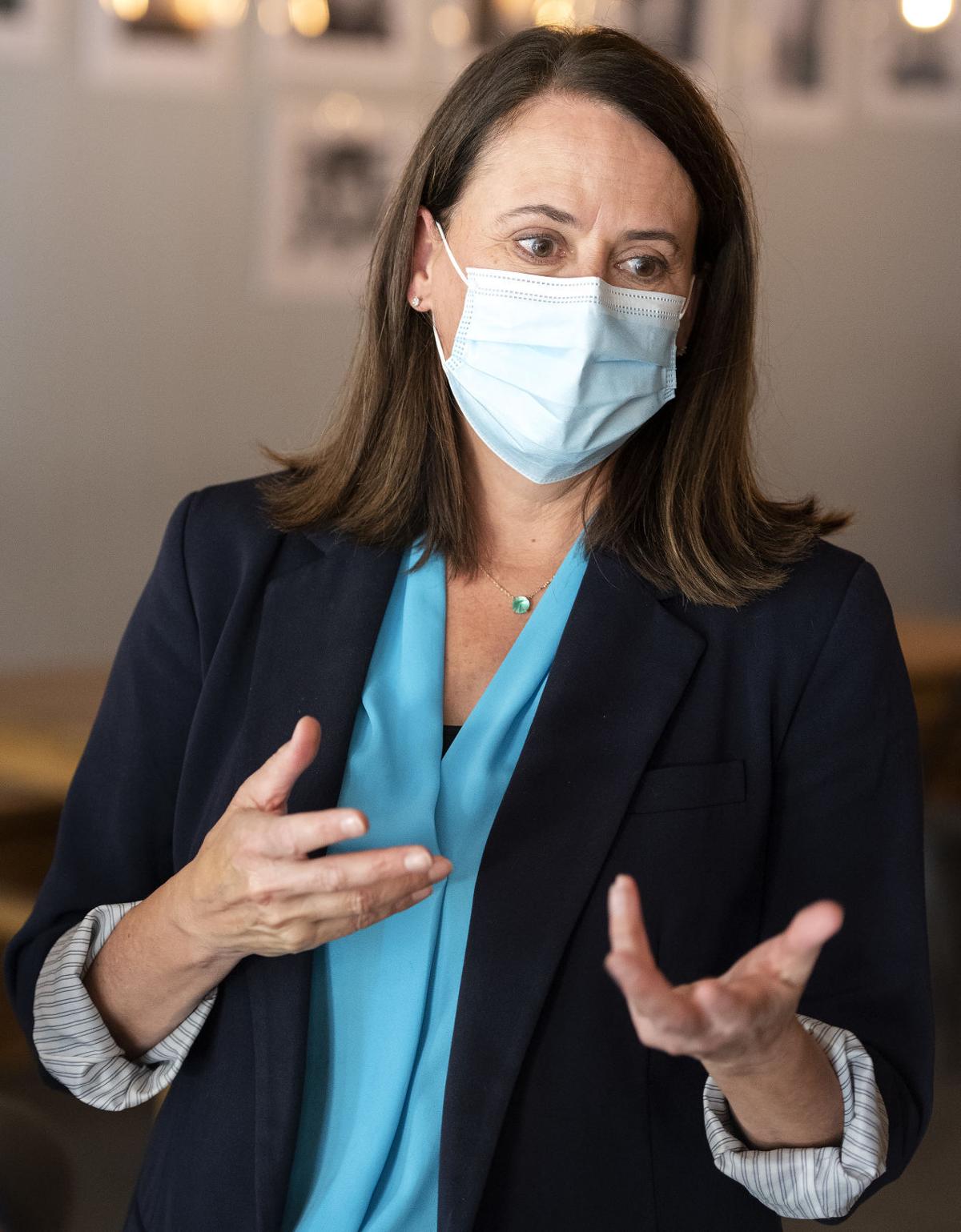