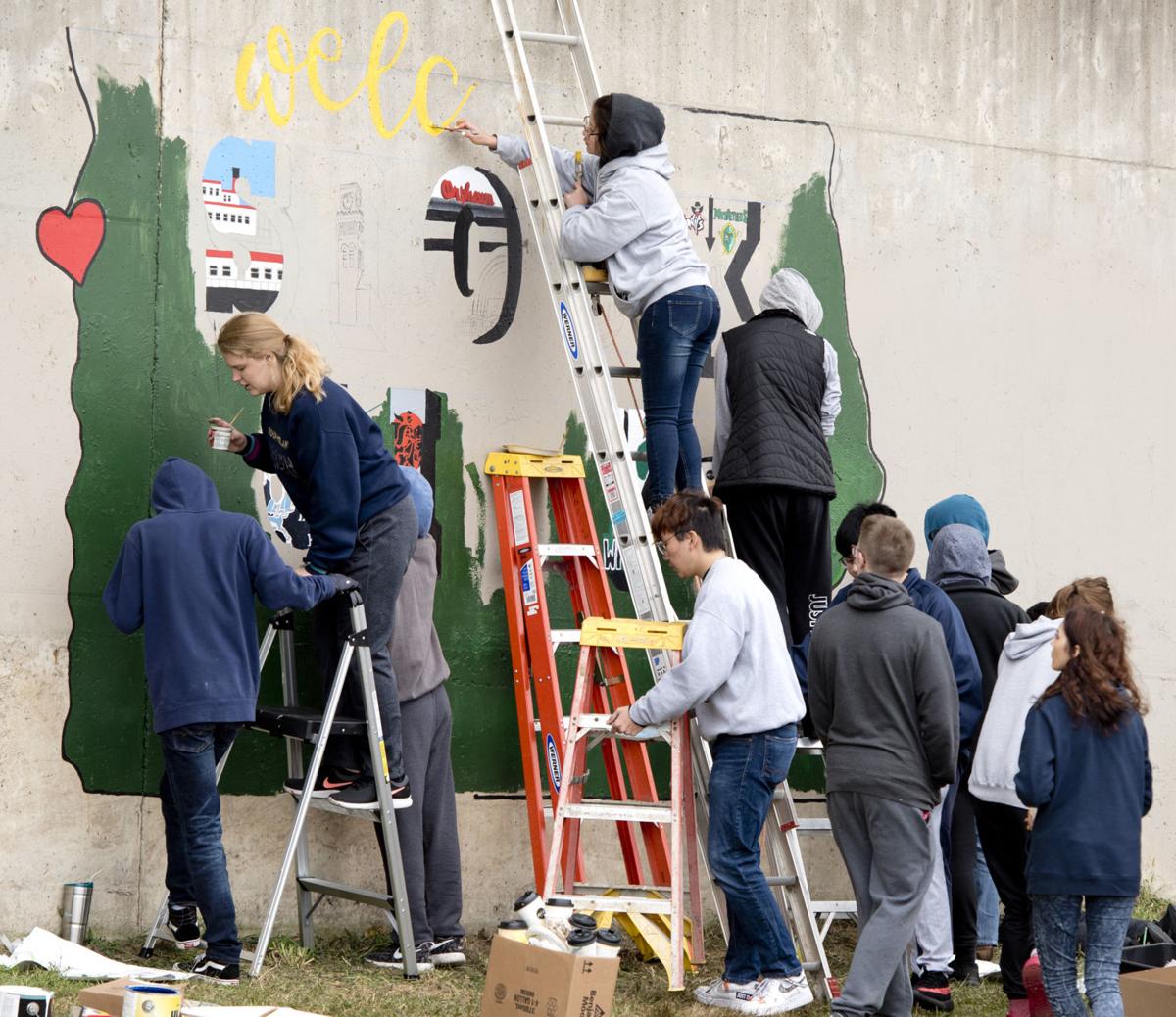 Bishop Heelan students paint a mural Tuesday near the intersection of Wesley Parkway and Third Street. The "Welcome to Sioux City" mural features images that depict local landmarks and mascots for the four high schools. 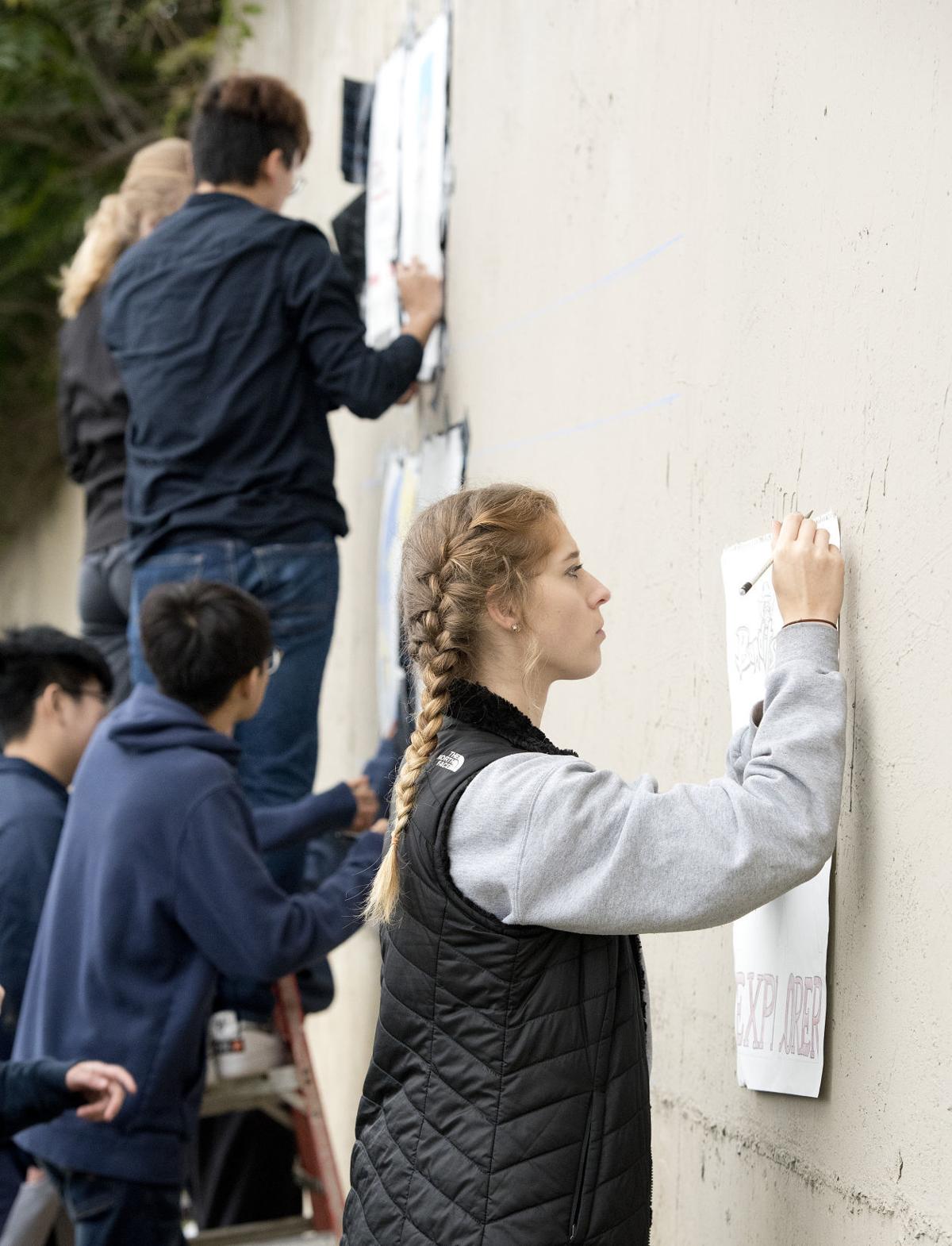 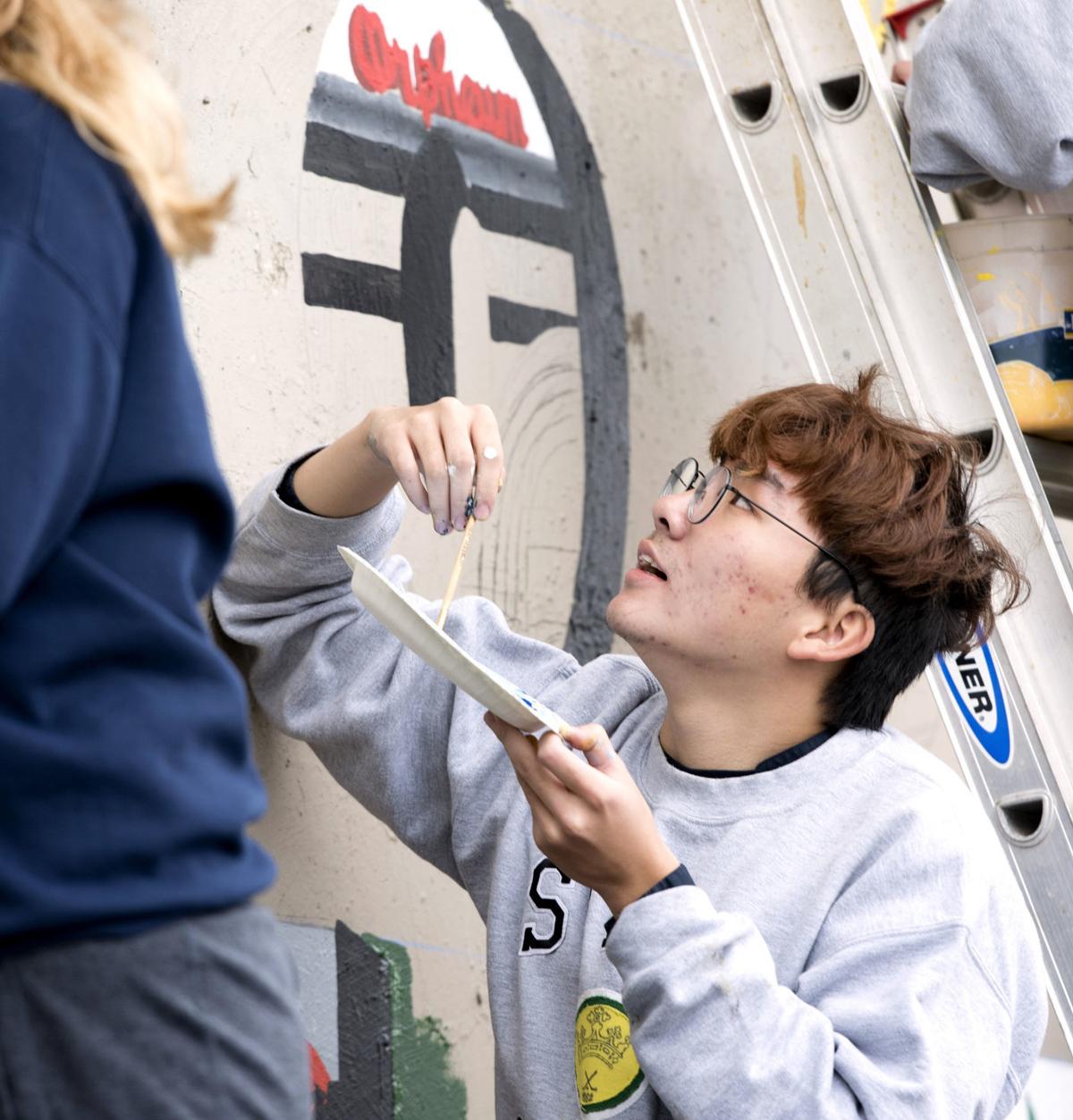 A concrete wall near the intersection of Wesley Parkway and Third Street provided the canvas for the 11-by-9 mural, which highlights the city's high schools, sports teams and some of the most recognizable local icons.

Dougherty, who has worked 34 years at the Catholic school, has directed students in numerous community mural projects over the years.

The "Welcome to Sioux City'' mural at Wesley Parkway and Third Street, near the base of Prospect Hill, was designed as an old-fashioned postcard. Icons were drawn inside the letters of the words.

"It kind of has a nostalgic look to it," he said.

The green background is a silhouette of the state of Iowa, with a red heart designates Sioux City's location on the map.

The word "Welcome,'' was painted in yellow. Inside each letter of the words, "Sioux" are images of icons that include the Sergeant Floyd riverboat museum, City Hall, the Orpheum Theatre, the Grandview Park bandshell and the War Eagle statute.

Inside each letter of the word "City" are mascots for the four city high schools -- a crusader for Heelan, a paw for West, a raider for the East and a star for North.

Dougherty said the project started with all 86 art students at Heelan submitting ideas for each letter. "They then selected what they liked best," she said.

The 15 students in her Art III and Art IV students spent Tuesday painting the mural. Despite overcast weather and a threat of rain, they were expected to complete the mural by day's end.

"I'm really proud of them," she said. "They were very willing to share their talents. They designed and executed the whole thing."

Throughout the day, the students received encouragement from scores of pedestrians and motorists. One well wisher even dropped off a box of donuts.

SIOUX CITY -- Three veteran teachers will receive the "Excellence in Education" award during the 22nd annual Bishop's Dinner Oct. 21 at the Si…

SIOUX CITY -- It looks like Wednesday is going to be a warm day for October, with a high temperature that may climb to 87 degrees. Contrast th…

Bishop Heelan students paint a mural Tuesday near the intersection of Wesley Parkway and Third Street. The "Welcome to Sioux City" mural features images that depict local landmarks and mascots for the four high schools.