SIOUX CITY --  What's the natural life expectancy of an escalator?

If you ask HOM Furniture manager Kyle Chance, it would be around 35 years or so.

At least, that is how long the escalator at 415 4th St. has been transporting customers up to the second floor and back down to the first floor.

"The escalator was original when the downtown Younkers came to the Town Square in 1986," Chance said. "When HOM took over the building in 2008, we've continued to utilize the escalator."

That was until late last summer, when it was decided to replace the escalator for a more modern staircase.

Chance said the decision was mainly a financial one.

"It would have cost more than $1 million to have a new escalator installed," he said. "Adding in the cost of electricity and maintenance, it wasn't feasible."

The change may be a sign of the times. HOM Furniture's escalator is thought to be the last one in operation in a retail store in Sioux City.

After Younkers closed its Southern Hills Mall store in August 2018, the department store's former escalator was turned off for good.

HOM's escalator also is the last in downtown Sioux City that was accessible to the general public.

In recent years, two-level escalators at the Ho-Chunk Centre atrium and MercyOne's Central Medical Building were replaced with staircases. Even earlier, the city removed the escalator that was located in the skywalk space next to the Sioux City Hotel & Conference Center.

MidAmerican Energy continues to run the escalator in its multi-story office building at 401 Douglas St. But that escalator is primarily used by the utility company's staff.

Chase said a staircase would give HOM Furniture's showroom an upscale aesthetic.

"I think it will certainly freshen things up," Chance said as workmen continued to construct the staircase with steel and glass railing. "Every space needs a nice update."

He admitted this makeover had been planned for more than a year.

"Things got delayed due to the pandemic," Chance said. "We had to wait until back ordered material became available."

However, he said customers will be pleased by the sleek staircase, which is slated to be completed in the next few months.

He admitted that the days of a motor-driven moving staircase is quietly coming to an end.

"What was once thought to be more modern now looks old fashioned," Chance said. "It may the end of an era for an escalator."

The view from atop Sioux City’s tallest buildings

Melting ice on a transmission line fell off of bottom wires, which then caused them to rise and touch the wires above them, creating a short. Power was restored within two hours. 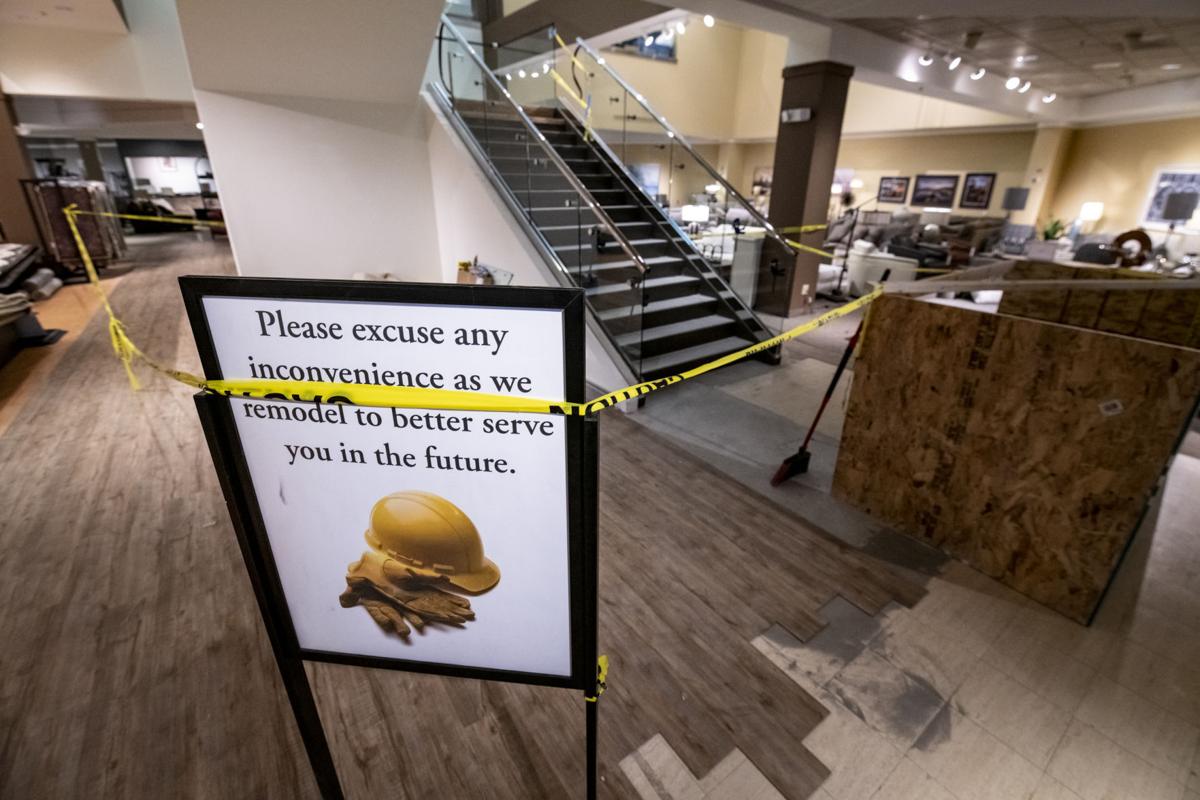 The escalator from 1986 at HOM Furniture are being replaced with a sleek and modern staircase. The escalator had been in constant use since the downtown space at 415 4th St. was occupied by Younkers. 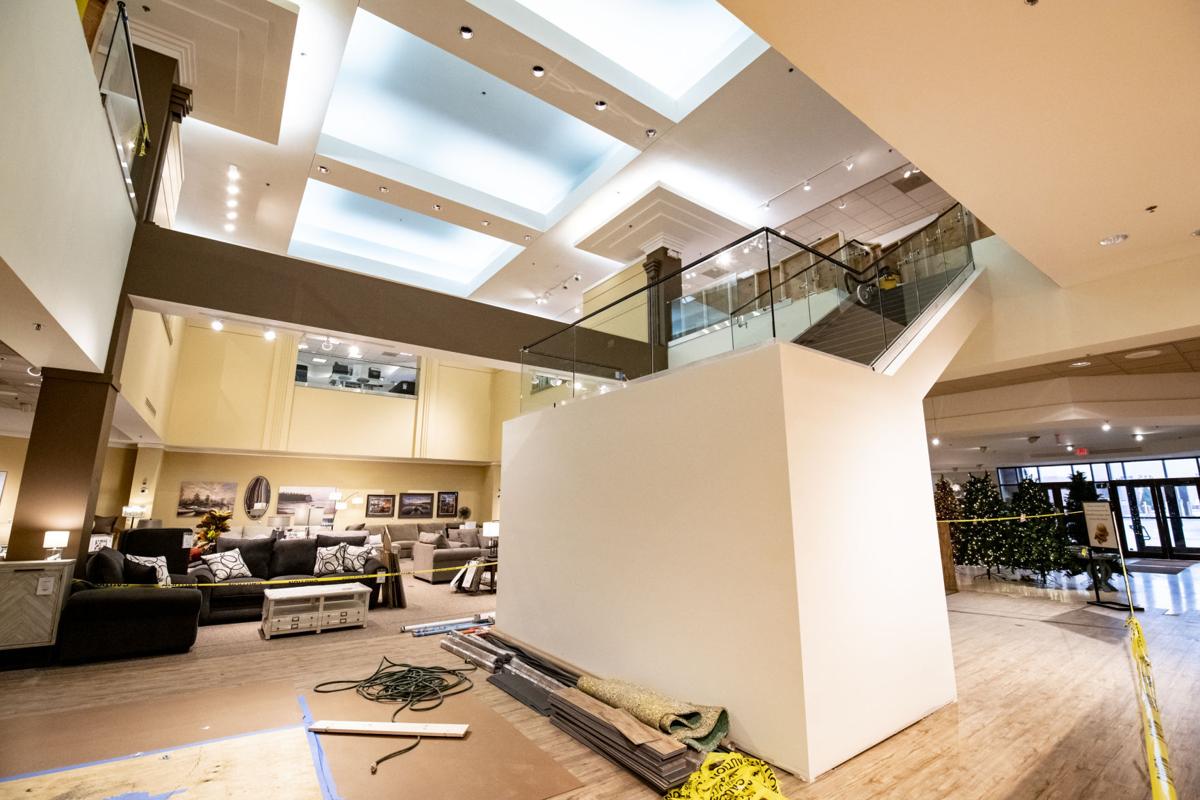 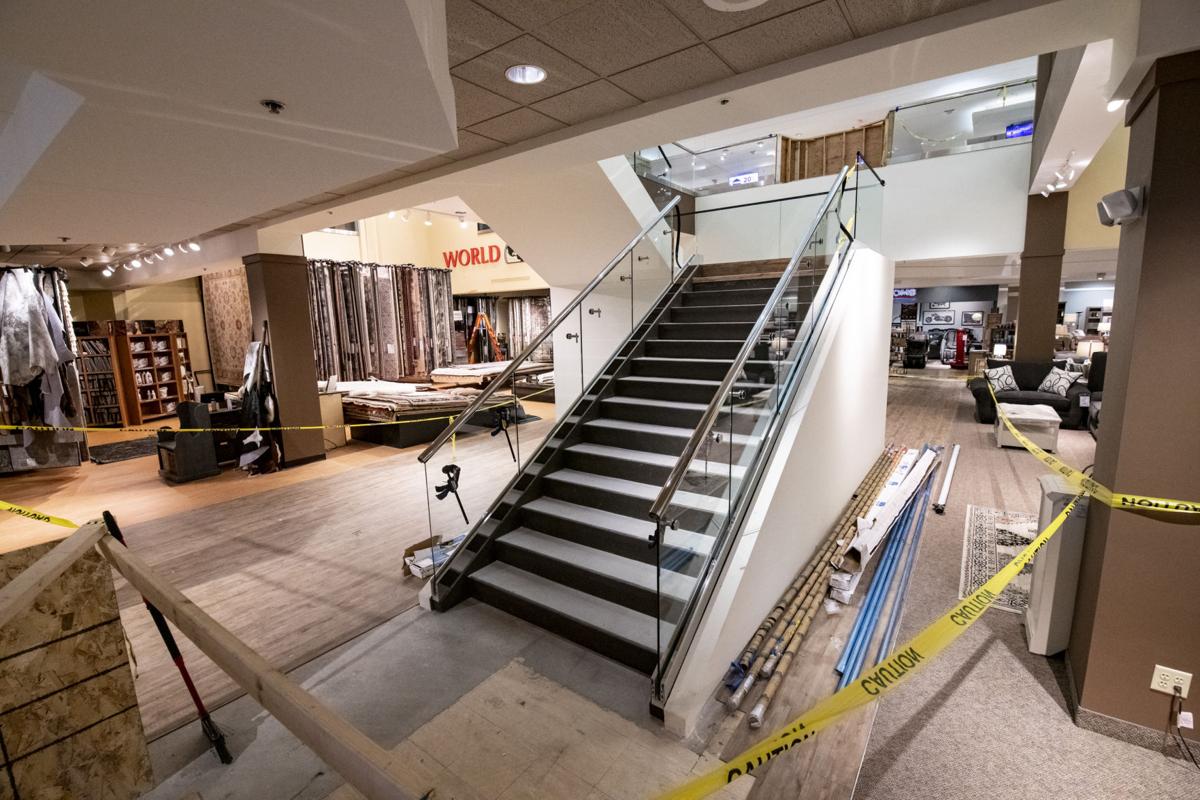 At 35 years old, the HOM Furniture escalator has carried its last customers. Store manager Kyle Chance said the expense and upkeep of a new escalator was prohibitive. This is why a sleek staircase is being constructed instead. 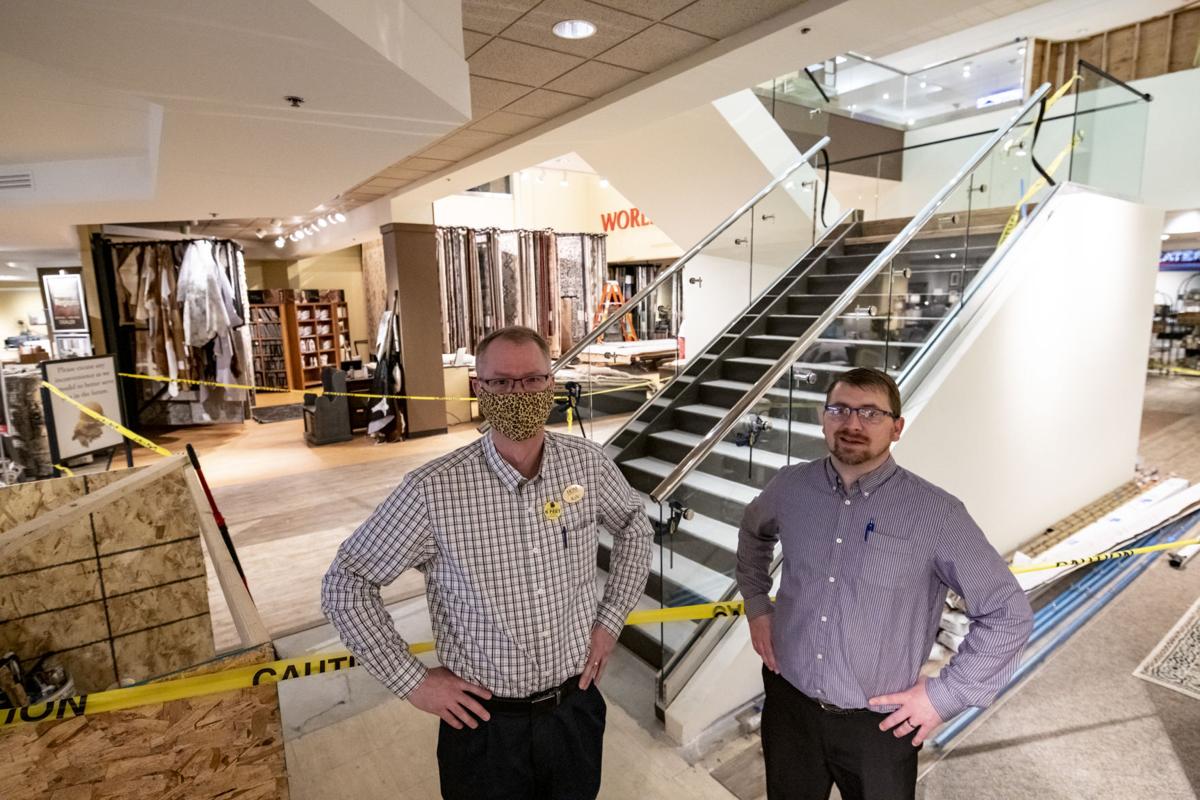 Manager Kyle Chance, left, and Keith Radig stand by the new staircase at HOM Furniture in Sioux City. The modern-style staircase replaced an escalator from 1986 which was the last retail escalator in Sioux City.