SIOUX CITY -- State transportation officials have established a corridor preservation area along a portion of Sioux City's Gordon Drive to alert property owners that any proposed improvements to their properties will be subject to additional scrutiny ahead of the Gordon Drive viaduct replacement project.

The action enables the Iowa Department of Transportation to halt city approval of building permits or zoning changes within the corridor if the state needs to acquire right of way on the property in question.

The corridor designation goes into effect Wednesday and will be in place for three years. It can be renewed after the initial three-year period.

The corridor preservation not only protects the IDOT's interests, District 3 transportation planner Dakin Schultz said, but allows property owners to reconsider additions or renovations to their property, knowing there's a chance the state may need their land for the upcoming replacement of the viaduct and the city's Bacon Creek conduit, a concrete water drainage structure that runs beneath Gordon Drive in the corridor preservation area.

"It's not only protecting the public, but protecting the owner from making an investment that might not be realized if the project goes through," Schultz said. "If they're looking at doing improvements, we're not discouraging that. We're just saying we may be looking at an acquisition."

The IDOT is currently studying options to replace the 3,970-foot-long viaduct, built in 1937 and improved in 1963 and 1966. Options include building a new, 98-foot-wide wide viaduct directly to the south of the current one or demolish and rebuild it in the same location. The state is developing a plan with Sioux City officials to replace the Bacon Creek conduit, which was built in 1909, at the same time to reduce disruptions to traffic and property owners.

The IDOT notified property owners of the corridor proposal in May, giving them a 60-day comment period. Schultz said of the seven comments he received, most were inquiries about what a preservation corridor is, and one owner was upset by the proposal, which gained Iowa Transportation Commission approval in September.

Under Iowa code, the IDOT must be notified of any application for a city building permit or construction valued above $25,000 or any proposed zoning change within the corridor. The IDOT would have 30 days to notify the city if it plans to acquire part or all of the property as right of way. If the IDOT files such a notification, the city shall not approve the permit or zoning change.

The choice of alignment will determine how much, if any, right of way will need to be acquired. No right of way has been purchased, Schultz said.

"We don't know our right of way needs," he said. "We're still working through the process on the project."

The IDOT and city continue to look at viaduct and conduit alignment options and are conducting soil, environmental and other studies.

Construction will either force the closure of Gordon Drive or disrupt traffic flow, affecting those business and property owners along the busy Sioux City street.

The viaduct, which carries 20,000 vehicles daily, is in need of replacement, rather than simply adding on to it as in past improvements, the IDOT has said. The project also will necessitate some realignment of the Gordon Drive/Lewis Boulevard interchange.

Photos of the century-old Bacon Creek conduit, which runs 2,542 feet from Rustin Street beneath Gordon Drive and Lewis Boulevard before flowing into the former Floyd River channel and into the Missouri River, show concrete erosion and exposed steel reinforcement bars.

Planners would like to add the project to the IDOT's five-year road improvement plan in 2022, but Shultz said that might be an aggressive schedule. Under that scenario, construction would begin in 2027 at the earliest.

SIOUX CITY -- Rod Gaskell has heard talk about replacing the Gordon Drive viaduct before. He even attended a public meeting a couple years ago…

SIOUX CITY -- More than a dozen years ago, the Iowa Department of Transportation opened up a borrow pit just outside the Sioux City limits to …

Traffic passes over Sioux City's Gordon Drive viaduct, built in 1937 and expanded in the '60s. The Iowa Department of Transportation plans to replace the 3,970-foot long viaduct and has implemented highway corridor preservation for a portion of Gordon Drive that would fall within the project. 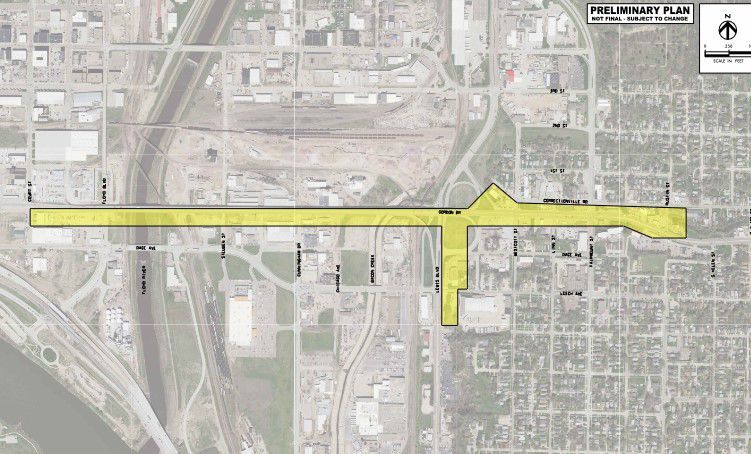 This map shows the area along Sioux City's Gordon Drive that is included in an Iowa Department of Transportation corridor preservation. 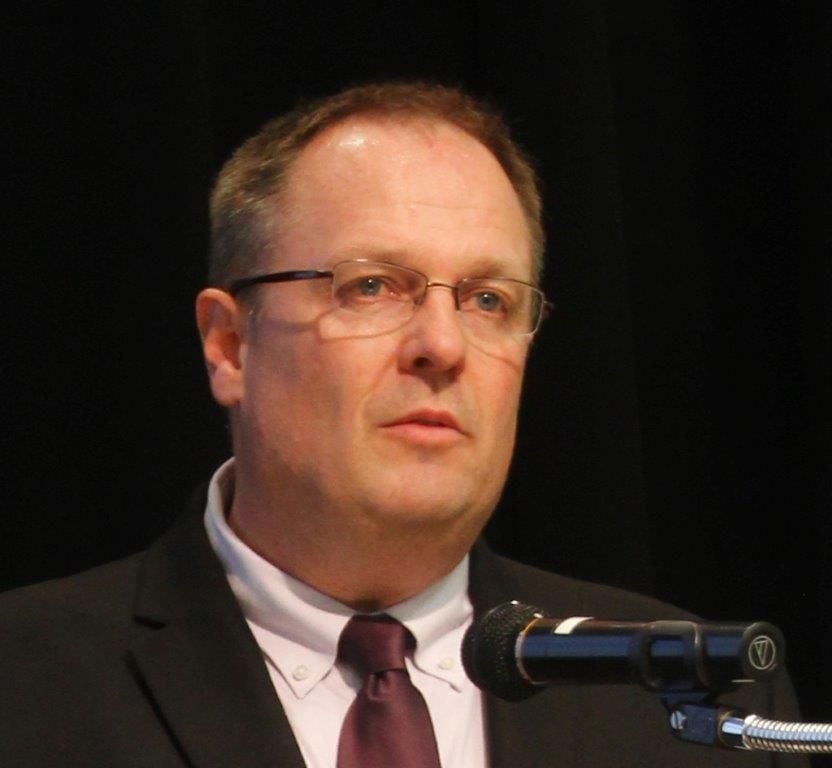