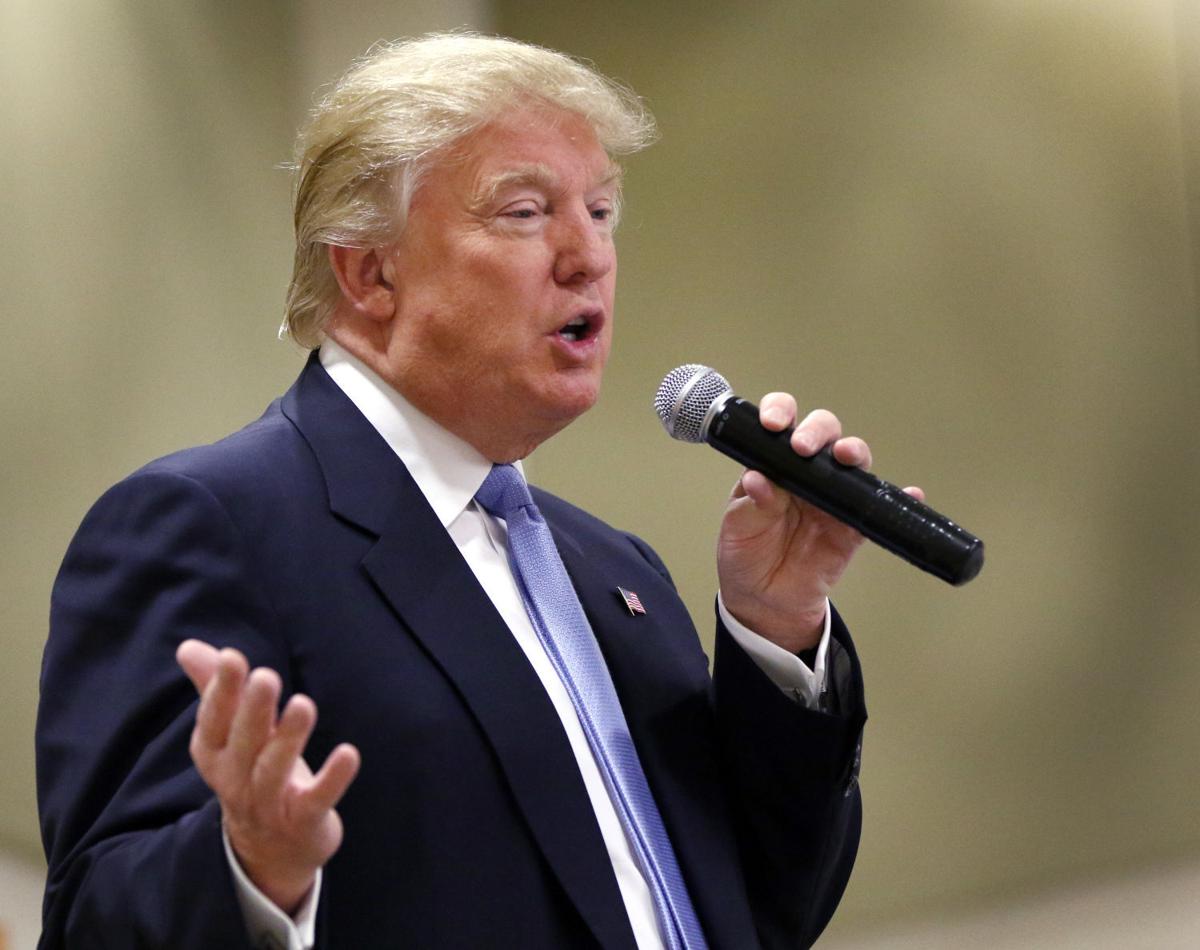 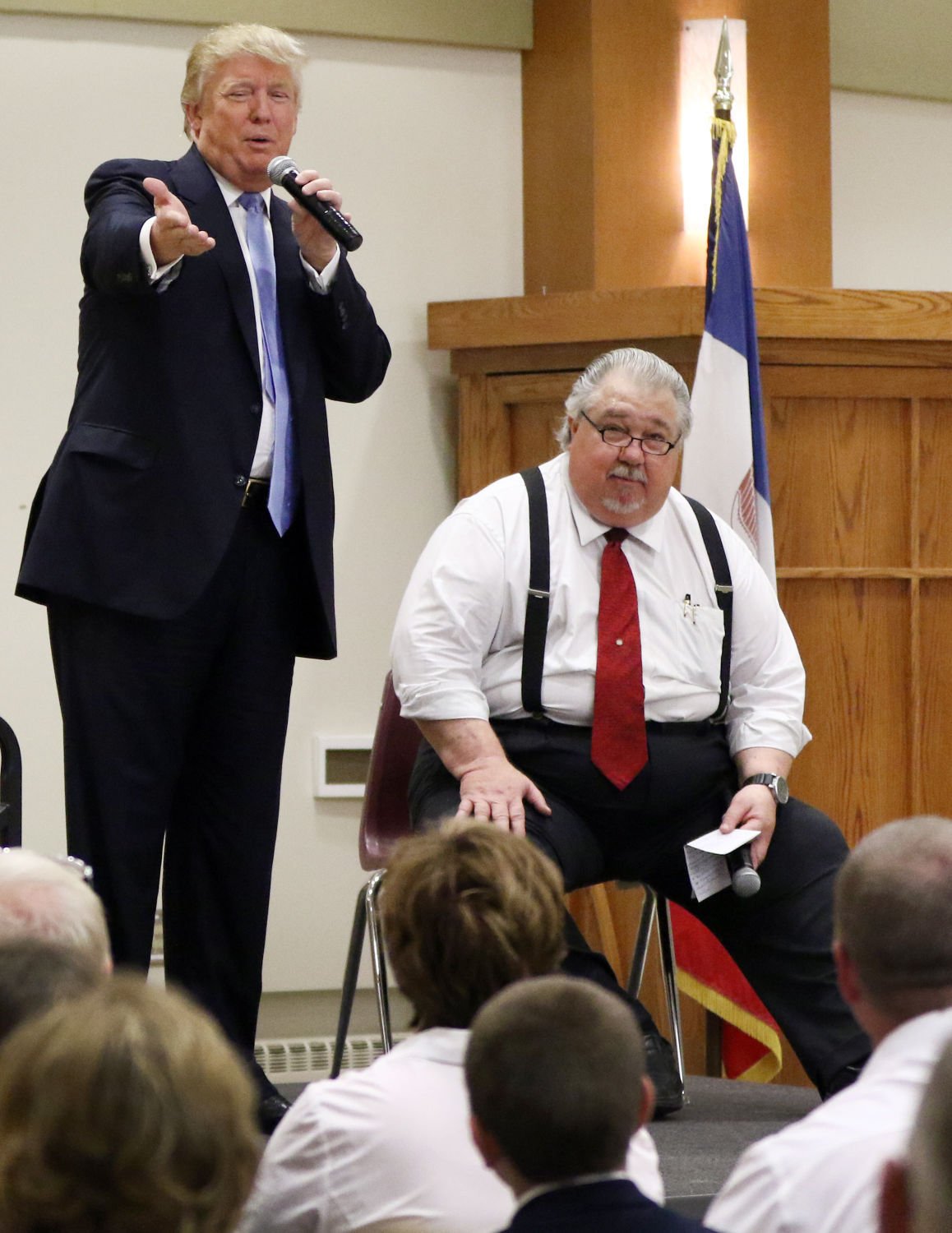 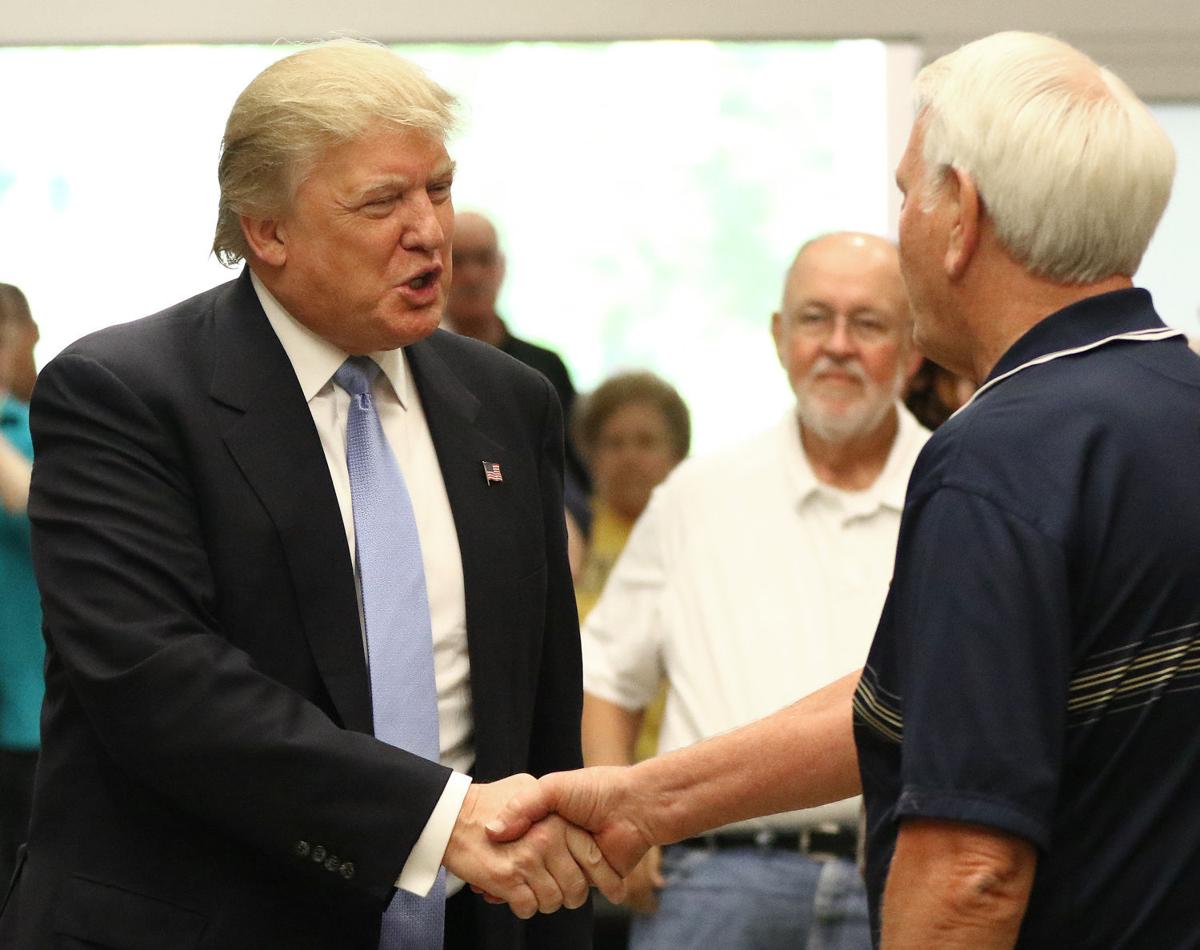 SIOUX CITY | Repeating his successes in the business field again and again, Donald Trump in a Sioux City stop Saturday said those skills will be helpful if he runs for -- and wins -- the presidency in 2016.

Trump said if he pursues the presidency, it will mean he's chosen to forgo his business pursuits, and he'll "give up hundreds of millions in deals."

"If I run, I'll be the best jobs president," he said to a crowd of 200 people at Morningside College.

Trump said as president he wouldn't be swayed by interest groups that donate money to try to buy access with him.

Trump, who has an estimated net worth of $6 billion, authored the notable 1988 "The Art of the Deal" book, headed the NBC television reality show "The Apprentice" and pondered a presidential campaign in 2012 before deciding against it.

Now, Trump is considering becoming a candidate in a year with a large number of Republican candidates and when many see former first lady Hillary Clinton as the Democratic nominee in waiting. He criticized Clinton and current Democratic President Barack Obama, while delivering many barbs at Republicans, too.

He criticized former Florida Gov. Jeb Bush, who is not an official candidate, for his policies on immigration and education. He also criticized candidate U.S. Sen. Marco Rubio, R-Fla, for his 2013 vote in support of immigration reform, and possible candidate Scott Walker, the Wisconsin governor who has signed budget bills that include state borrowing.

Trump said lots of Republican candidates will come to Sioux City, but said he should be the top pick for people.

"I know all of them, and none of them is bringing you to the Promised Land," he said.

Don Kass, of Remsen, Iowa, said he expected Trump to be straight forward, and he didn't disappoint.

"Loved his candor. If you are looking for candor, this is your guy," Kass said.

"When you have this many candidates, you have to draw distinctions. Politics ain't bean bag," Kass added.

Tanya Pearson, of Sergeant Bluff, has a preference for Republican candidate Ben Carson, a retired neurologist who is running for elective office for the first time. She had never before heard Trump speak in person.

"He was very optimistic as far as turning the country around," Pearson said.

Trump spoke and took eight questions during the 50-minute event. He didn't meet with media.

He said he would pursue tax code "simplification" to expand business opportunities. He also said he would not pursue federal government entitlement program reform that cuts Social Security, Medicare or Medicaid benefits.

"I am a conservative with a heart," Trump said.

Trump added that Washington would work better if Obama would play less golf with his friends and hit the links instead with Republican House Speaker John Boehner, to broker deals on issues.

"Golf is great for that, you make deals. I've made a lot of deals on the golf course," he said.

Also on Saturday, Trump planned to attend the Iowa National Security Action Summit at a Waukee church, which included a big slate of Republicans.

The variety of Siouxland venues in which 2016 Republican presidential candidates speak with people is wide, with a new trend this year in increasing stops at Morningside College in Sioux City.

As a top adviser to Republican presidential candidate Donald Trump, Siouxlander Sam Clovis emerged this week as a staunch defender of Trump's controversial proposal to block all Muslims from entering the United States.

Donald Trump, a New York City businessman who may  run for president in 2016, in a Sioux City stop Saturday took aim at others in the field. S…

It is perfectly apt that a remembrance event for Frank Brinkerhoff involves churning many miles on a bicycle.

Donald Trump, a New York City businessman who may run for president in 2016, in a Sioux City stop Saturday took aim at others in the field. So…

The majority of the severe thunderstorm threats for the weekend have diminished for Siouxland, say meteorologists from the National Weather Service in Sioux Falls.

Donald Trump is running for president.