"He voted against a bill to remove Confederate statues from Capitol grounds. That's a very Steve King kind of vote," Melton said.

Over the span of about 30 minutes, Melton, an insurance manager from Nevada, Iowa, said Feenstra, a first-term incumbent and former state senator, wasn't a defender of public education, was overly friendly with corporations and cloaks himself in "false patriotism" by voting against versions of bills supporting veterans.

"I'm a big believer that our public schools are a great equalizer for our kids," Melton said.

"I grew up in poverty in Omaha, Nebraska. No one in my immediate family had graduated from college. If it wasn't for a public school teacher pulling me aside, seeing some potential in me...I don't think I would have gone to college."

According to Melton, such pathways are now being cut off as educational costs skyrocket and funding for public schools fails to keep pace with such costs. He then asserted that policies pushed by Rep. Feenstra and Republican state officials aren't helping matters.

"We have a governor in this state that is trying to convince us that we should be pulling public money out of public schools to fund private school vouchers...So if my opponent is getting up here and he's really good friends with flat-taxer Gov. Reynolds and he's a big fan of regressive tax policy, he's not going to be the advocate we need for public education either," Melton said. (Iowa Democrats have repeatedly said the 3.9% flat tax threatens state funding for public services.)

Melton, who works for Nationwide Insurance, made big business a talking point more than once during his time before the Siouxland Progressive Women's group.

Early on, Melton blamed companies buying up massive swaths of land (to flip into investment properties) for major cost increases in housing. "Our young recent college graduates, having a massive debt load, are being priced out of the homeownership market too," he said.

Melton then touted his refusal to take corporate political action committee money and condemned Feenstra for not doing the same.

"My opponent feasts on it," Melton said. "Congressman Feenstra is not the one to speak truth to power when it comes to corporate interests."

On Friday, Sept. 30, Navigator Heartland Greenway developers looking to run a carbon capture pipeline through Woodbury County will appear before a district judge to to argue for an injunction against property owners in Moville, Iowa who have twice denied the company's agents access to their land that composes part of the pipeline's proposed route.

Melton told the luncheon crowd he's against such measures and has been since "Day one."

"I don't believe that we should be using eminent domain to take private landowner land," Melton said. "This is another one of those issues, along with reproductive rights and public education that really is disregarding political affiliation."

He then went on to say carbon capture pipelines can pose a threat to the environment when they leak, citing a pipeline rupture near Satartia, Mississippi in 2020 which caused the evacuation of 200 residents and the hospitalization of dozens.

Per Melton, multiple Steve King voters have come up to him at events and said they're going to vote for him because of his stance on carbon capture pipelines.

As for abortion, Melton accused Feenstra of having a "pro-forced birth position."

"He's been absolutely giddy about the downfall of Roe, not showing one ounce of empathy for the fact that pregnant people in our district are in a much scarier position now than they were before," Melton said.

Melton, who's pro-choice, has called for the codification of Roe v. Wade.

JoAnn Sadler, who attended the event, said her number one issue this November is "women's health rights" and liked hearing Melton address that issue as well as the matter of PAC money.

"He's his own person," Sadler said.

Abortion a matter of 'freedom' for Dems

This past weekend, Melton appeared as a solo guest on an episode of “Iowa Press” after Feenstra declined an invitation from Iowa PBS to debate Melton. Iowa PBS is hosting debates for Iowa’s 1st and 2nd Congressional Districts, and for the campaigns for U.S. Senate and governor.

Iowa's surplus comes on top of the $8.1 billion of state funding expended in the budget year that ended June 30, and represents an increase of $670 million over the previous surplus.

Price of gas: Why does Europe pay so much more than the US?

Price of gas: Why does Europe pay so much more than the US? 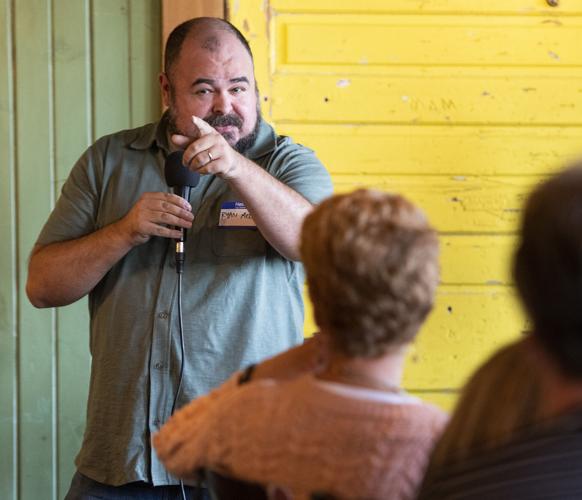 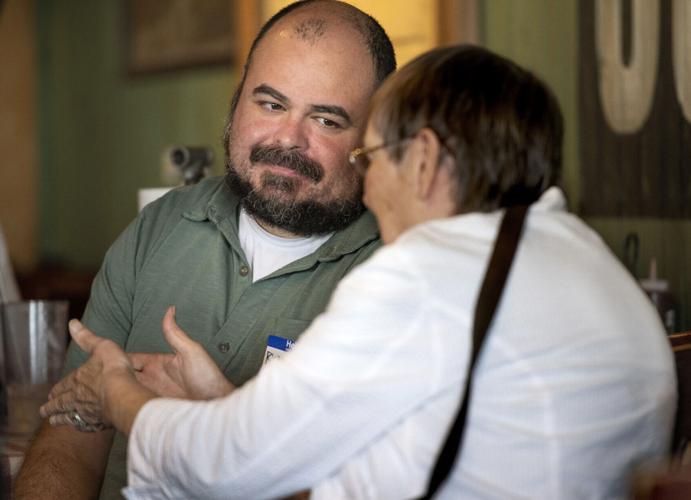 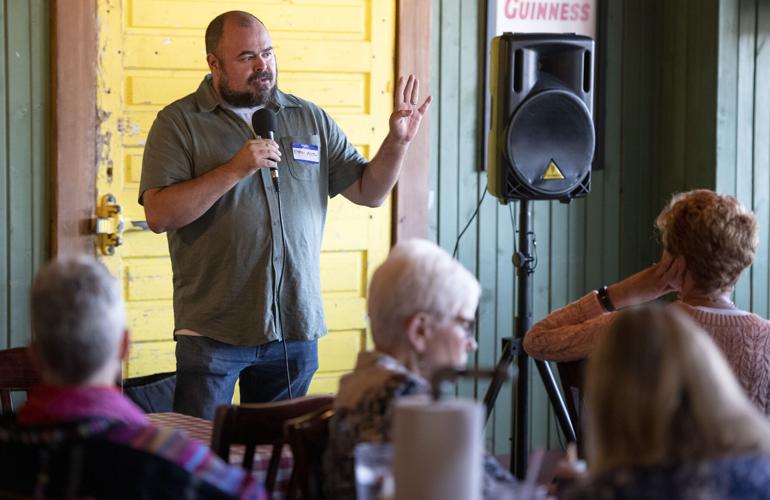