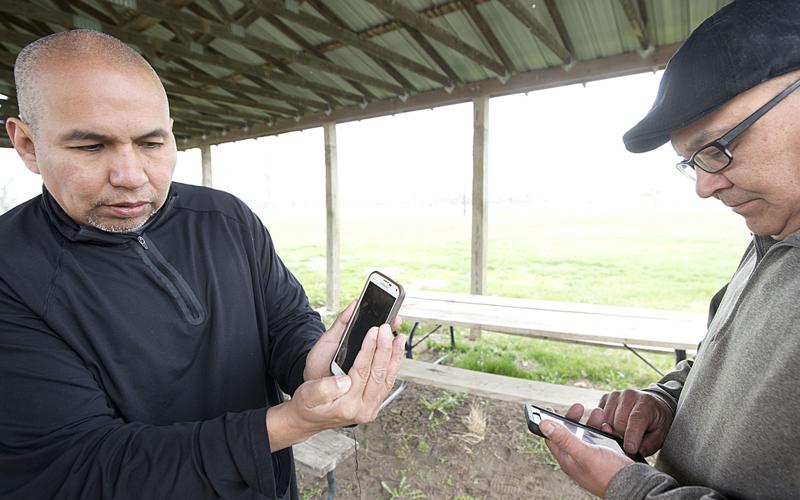 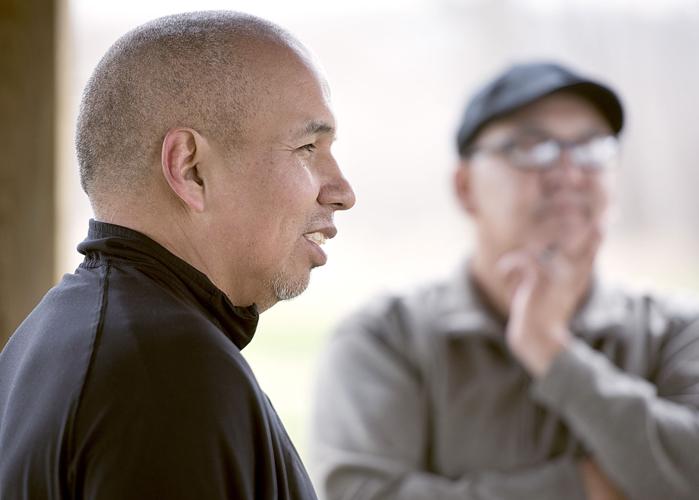 Barry Webster Sr., left, and his brother Derek Webster talk about their efforts to investigate bigfoot sightings in the Macy, Neb., area. The two said there have been numerous sightings in the wooded areas near Big Elk Park and even in the village of Macy. 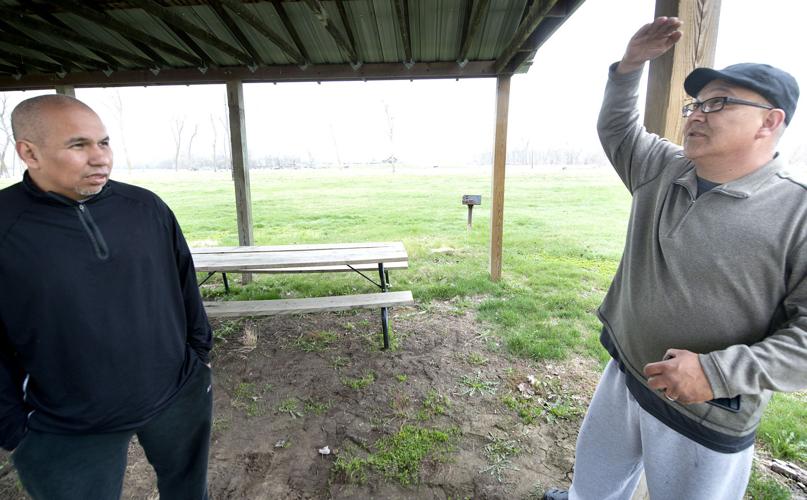 Barry Webster Sr., left, looks on as his brother Derek Webster describes the height of a juvenile bigfoot he recently saw in the Macy, Neb., area. The two, co-founders of Rez Squatching Research, said they've had more than 100 encounters with the creatures. 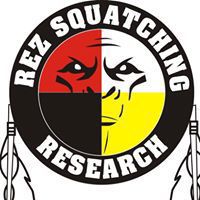 MACY, Neb. | Perhaps what makes myths and legends so enduring is the debate that accompanies the attempts to prove or disprove them.

Television documentaries do their best to solve the mysteries, often further clouding them. Believers continue to believe and skeptics continue to scoff.

In and around Macy, a team of researchers has set out to solve the myths of the being they call Ci'tonga, an Omaha Indian name for what is commonly known as bigfoot or sasquatch.

Brothers Barry Webster Sr. and Derek Webster co-founded Rez Squatching Research seven years ago, setting out to prove the creature's existence. Their discoveries and experiences in the woods on the Omaha Indian Reservation have convinced them that Ci'tonga is real.

"I've probably seen him over a hundred times. My brother, too," Barry Webster said. "We have unveiled and uncovered the truth."

Both Barry and Derek fully realize that when it comes to talking about bigfoot sightings, some people are going to think they're crazy. But they and the other 10 members of their team who go out looking for the creatures a couple nights a week have seen and heard enough to know differently.

For Omahas, Ci'tonga is more than just a legend. He's not the violent, dangerous creature often portrayed on TV or in the movies. When he and Derek were growing up, Barry Webster said, the prevailing attitude was to leave the creatures alone. Rez Squatching Research is about relating to them.

The two began exploring the wooded hills and ridges surrounding Big Elk Park in the Missouri River bottoms northeast of Macy, prime areas of bigfoot activity. Once word got out about what they and their team were doing, many in Macy came to them to share their own stories of encounters and sightings, Derek Webster said.

The two said they have no doubt that Ci'tonga, bigfoot or whatever you want to call him is real. They've seen footprints. They hear the deep growls and howls at night. Both pull up cellphone photos they have taken of the creatures. Numerous photos of tracks, glowing eyes in the dark and tree structures believed to be built by Ci'tonga are posted on the Rez Squatching Research Facebook page. They believe there are six families of Ci'tonga with three or four members each living in the area.

"Everybody in town has bought in now," Barry Webster said. "We still have some traditionalists that believe you should leave him alone."

The Websters believe there's nothing to fear. During their late-night encounters with Ci'tonga, they've never been harmed. Instead, they talk to the creatures in both the Omaha language and English and leave gifts -- apples and other food -- at night. When they return the next night, the food is gone and often has been replaced with a stone or some other item they believe is a gift from Ci'tonga.

Barry Webster said Rez Squatching's work has gained notice from national bigfoot researchers. In August, they'll host their third annual "squatching expedition," which will include presentations and nighttime treks into the woods.

It would be hard to convince all the skeptics that what Barry and Derek are saying is true, but they've won over some doubters.

They and many of the people they know believe. They'll continue to head into the trees at night, encounter Ci'tonga and get better photos and images.

Wrapping up an interview at a picnic shelter in Big Elk Park, Derek Webster glances around, nods at the surrounding trees and casually mentions, "They've been watching us this whole time."

His tone of voice is enough to make you take a quick glance around.

Another skeptic now isn't so certain that bigfoot is a myth.

WAYNE, Neb. | As an elementary school student, Randy Bertolas happily took all the old National Geographic magazines that one of his teachers …

SIOUX CITY | For a city pretty much in the middle of the country and with no oceans in sight, Sioux City continues to make a huge impression o…

WAYNE, Neb. | To Shannon Gibson's knowledge, her son had never learned how to hock a loogie until this spring.

Dordt professor keeps up with buzz in beekeeping

SIOUX CENTER, Iowa | For years, Duane Bajema was able to tend to his bees and hives in peace.

DIXON, Neb. | When a cause is near and dear to your heart, you'll likely go to any lengths to promote it.

Alphabet continues pulling out of China, shuts down Google Translate

How to avoid contractor scams in the aftermath of Hurricane Ian

How to avoid contractor scams in the aftermath of Hurricane Ian

Barry Webster Sr., left, and his brother Derek Webster talk about their efforts to investigate bigfoot sightings in the Macy, Neb., area. The two said there have been numerous sightings in the wooded areas near Big Elk Park and even in the village of Macy.

Barry Webster Sr., left, looks on as his brother Derek Webster describes the height of a juvenile bigfoot he recently saw in the Macy, Neb., area. The two, co-founders of Rez Squatching Research, said they've had more than 100 encounters with the creatures.