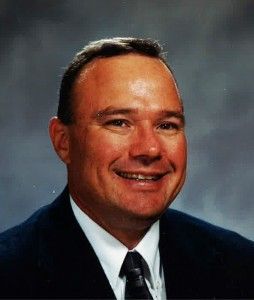 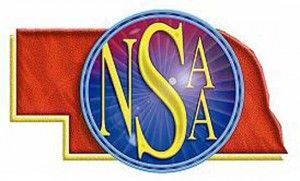 The controversial new policy passed 6-2 and will become a part of the organization's bylaws and take effect immediately.

Board members Dan Keyser of Sutherland, who represents District 4, and Bob Reznicek of Boys Town, one of two District 2 representatives, voted against the policy change.

So the vote has been cast, but the debate isn't over.

The new policy still faces a challenge from the membership, which voted in district meetings this month to require athletic participation be based on the gender indicated on a student's birth certificate.

Four of the NSAA's six legislative districts voted in favor of the birth-certificate policy, which means the organization's representative assembly will vote on it at its April meeting.

If the assembly approves the birth-certificate proposal by a super majority, it will trump the policy passed Thursday by the board.

Bancroft-Rosalie Public School Superintendent Jon Cerny will be among those from District 3, which covers most of Northeast Nebraska, voting against the birth-certificate proposal at that April meeting.

The measure failed in a 26-21 vote at Wednesday's District 3 meeting in Norfolk. Cerny said he would support district members' wishes at the general assembly. His vote essentially will be one in favor of the NSAA's policy.

"I'm satisfied that's really going to ensure things are fair for everyone who's participating," Cerny said.

The board's policy leaves the initial decision about whether to allow a transgender student to participate according to his or her expressed gender with individual school districts.

NSAA interim Director Jim Tenopir said that allows private schools to follow strongly held religious beliefs, and it puts the burden of defending such a decision on the schools, not the NSAA.

If a school deems a transgender student eligible to play, the NSAA would convene a gender-eligibility committee that would rule case by case.

As Tenopir predicted, the new policy didn't appease those on either side of the debate.

Abbi Swatsworth, board president of Outlinc, a local advocacy group, spoke before the NSAA board Thursday morning and said the policy may offer a glimmer of hope to transgender students, but it is intrusive and exclusionary.

The policy subjects transgender students to a process no other students have to undergo, forcing them to discuss very private issues with an NSAA committee, she said.

ACLU of Nebraska has said the policy opens the door to lawsuits and on Thursday invited transgender students via social media to contact it if they have trouble at school.

Meanwhile, the Nebraska Family Alliance said it had hoped the NSAA board would table the vote on its policy until the representative assembly meets in April.

"We are disappointed today, but the discussion is not over," said Karen Bowling with the alliance, which has advocated for the birth-certificate proposal saying it protects the safety and privacy of all students.

Tenopir noted that just three states have policies requiring participation based on birth certificates and all of those will accept certificates that are legally changed.

If the NSAA assembly passes the birth-certificate proposal, it would be the most restrictive policy in the country, he said.

The districts rejected an amended proposal that would have accepted birth certificates changed following sex-reassignment surgery.

LINCOLN, Neb. | The Nebraska School Activities Association has proposed a draft policy that would put the initial decision to let transgender …

LINCOLN | There's going to be a new game in town.

In time, Rodney Rogers said, he and his fellow classmates will see the picnic tables they built at city parks and share a sense of pride that they gave back to their community.