SOUTH SIOUX CITY -- Nebraska regulators are seeking federal help to clean up a South Sioux City site on which tons of toxic leaded glass from a defunct recycling company are stockpiled.

The Nebraska Department of Environment and Energy in late August submitted a request to the U.S. Environmental Protection Agency to provide hazardous waste removal, disposal and technical assistance at the site at 2301 G St., where an estimated 3.38 million pounds of crushed glass is stored in totes placed there in 2017 by Recycletronics, a former Sioux City business that illegally transported and stored glass containing lead at several sites.

The EPA is assessing the site to determine if it's eligible for cleanup under the Superfund, a federal law that enables the EPA to clean up contaminated sites, an agency spokesman said.

"EPA will attempt to identify all parties responsible for the contamination and then determine whether the parties are able to pay for the cleanup. If no viable, liable parties exist, EPA will consider using the Superfund to finance the work," said Ben Washburn, a public affairs specialist with the EPA's Region 7 office in Lenexa, Kansas.

The EPA also is assessing results of August samplings that found lead contamination at the site and another in rural Akron, Iowa, Washburn said. The level of contamination, what type of mitigation may be needed and whether further sampling is warranted has yet to be determined. Washburn could not say if the contamination was in the soil or groundwater.

The state sought federal help because NDEE officials believe it's unlikely they will be able to recover funds from Rochester or the owner of the G Street property to assist with the cleanup.

"Mr. Rochester is responsible for cleanup, however, he is awaiting federal criminal sentencing and unlikely to be in a position to pay for cleanup for some time," said Amanda Woita, an NDEE public information officer.

Rochester, 47, pleaded guilty in federal court in Sioux City in March to unlawful storage of hazardous waste and unlawful transportation of hazardous waste. He faces up to five years in prison on each charge and is scheduled for sentencing next month. He filed for bankruptcy in 2018.

The NDEE earlier this year asked Lin-Du, an Iowa-based limited liability company that owns the South Sioux City property, to submit a cleanup plan for the site, but it appears unlikely that the company will be able to financially assist the effort, the state said in its request for EPA assistance. According to the request, Lin-Du's single manager/member, Duane Davis, died in 2020, and the company is now administered as part of his estate. Since his death, the estate and Davis' widow voluntarily cleaned up another Recycletronics stockpile of approximately 2.4 million pounds of glass and soil in South Sioux City near G Street and Foundry Road. It appears Lin-Du has limited assets and financial resources to clean up the second site, which is larger and would be more costly, the state said.

Rochester leased both South Sioux City sites from Lin-Du, which sued Rochester in 2016 for violating lease agreements. Those lawsuits were later dismissed.

Woita said if the EPA denies the state's request for cleanup, the NDEE will have to re-evaluate its legal and regulatory options for the site.

Rochester was ordered to cease operations in March 2017 after the Iowa Department of Natural Resources denied renewal of Recycletronics' CRT recycling permit because of non-compliance with state and federal regulations.

Rochester was charged in September 2018 with illegally stockpiling a total of 16.7 million pounds of crushed CRT glass at the Recycletronics site at 1220 Steuben St. and locations he leased at the Scandanavian Building at 1801-03 Fourth St., 3035 Highway 75 North, 1313 11th St. and 3313 Northbrook Drive, all in Sioux City; a rural Akron storage site; and the two South Sioux City sites.

Property owners or third parties have cleaned up four of the sites through negotiated agreements with the EPA. Rochester reached a consent agreement with the EPA in 2017 and a lawsuit settlement with the DNR in December 2019 in which he was to annually ship at least three truckloads of the glass to an approved disposal facility. According to the EPA, Rochester has not performed any cleanup work.

Washburn said the EPA continues to explore cleanup options at the Scandanavian Building, where more than 496,000 pounds of glass is stored, and the Akron site, which houses approximately 8.4 million pounds. At both locations, the glass is stored indoors.

The site is one of seven in Iowa and Nebraska in which former Sioux City councilman Aaron Rochester is charged with storing an estimated 16.9 million pounds of cathode ray tube glass.

Rochester agreed to annually ship at least three semi-truck loads of used or broken cathode ray tubes and/or containers of leaded glass to a federally approved disposal facility. He would face fines for failure to meet certain deadlines.

Totes of crushed glass from former Sioux City electronic waste recycling company Recycletronics are stored at a site on G Street in South Sioux City in this January 2020 photo. The Nebraska Department of Environment and Energy has asked the U.S. Environmental Protection Agency for help with removal of the waste. 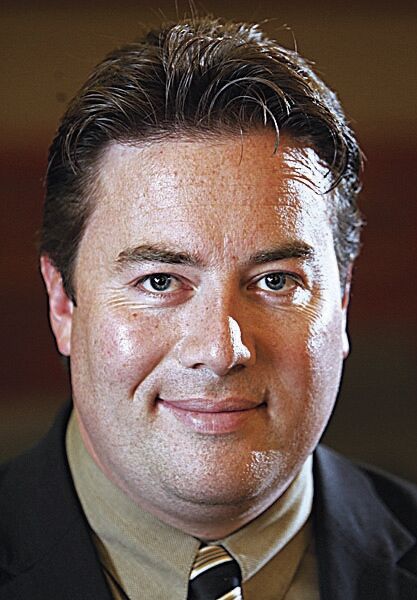