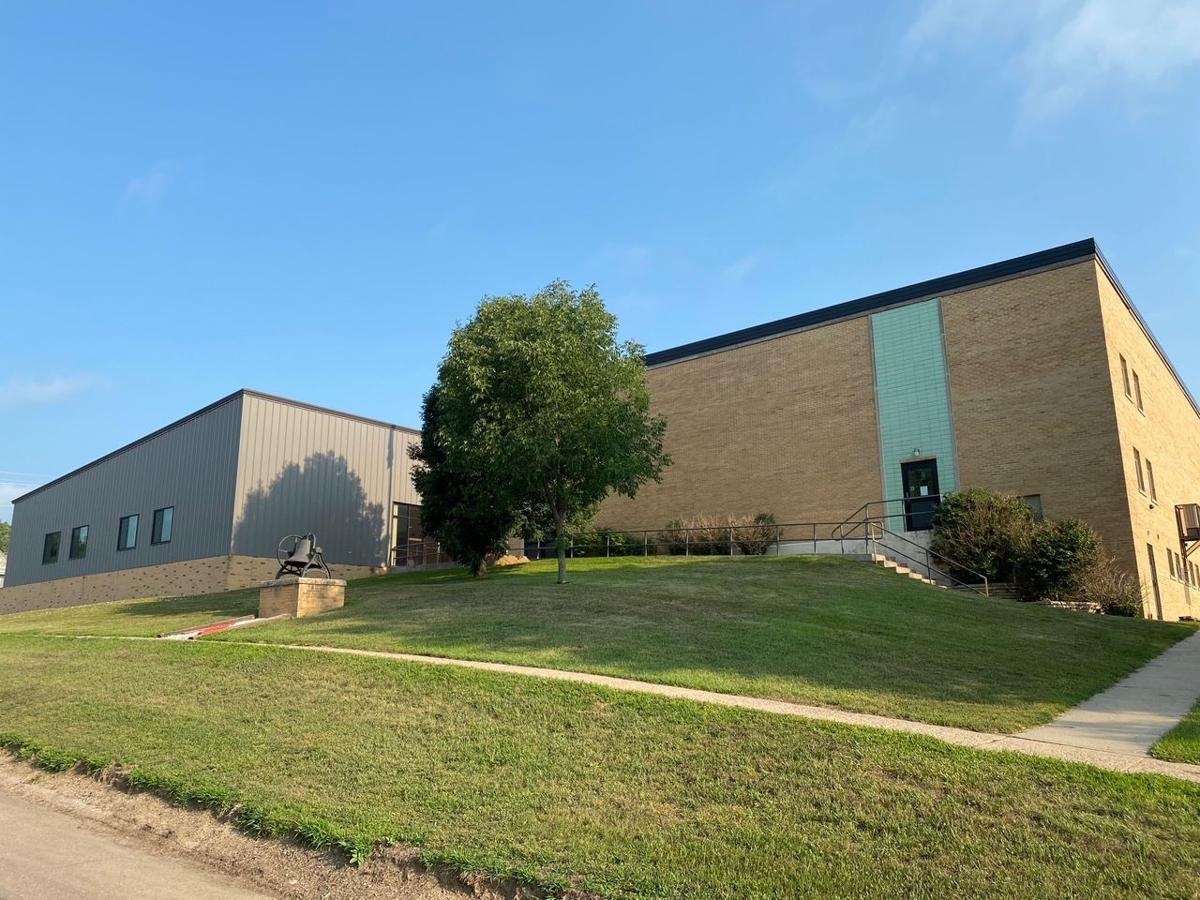 The Hartington-Newcastle school district has closed the school in Newcastle, Neb., shown Monday, due to a declining number of families sending their children to the pre-K through 1st grade school. 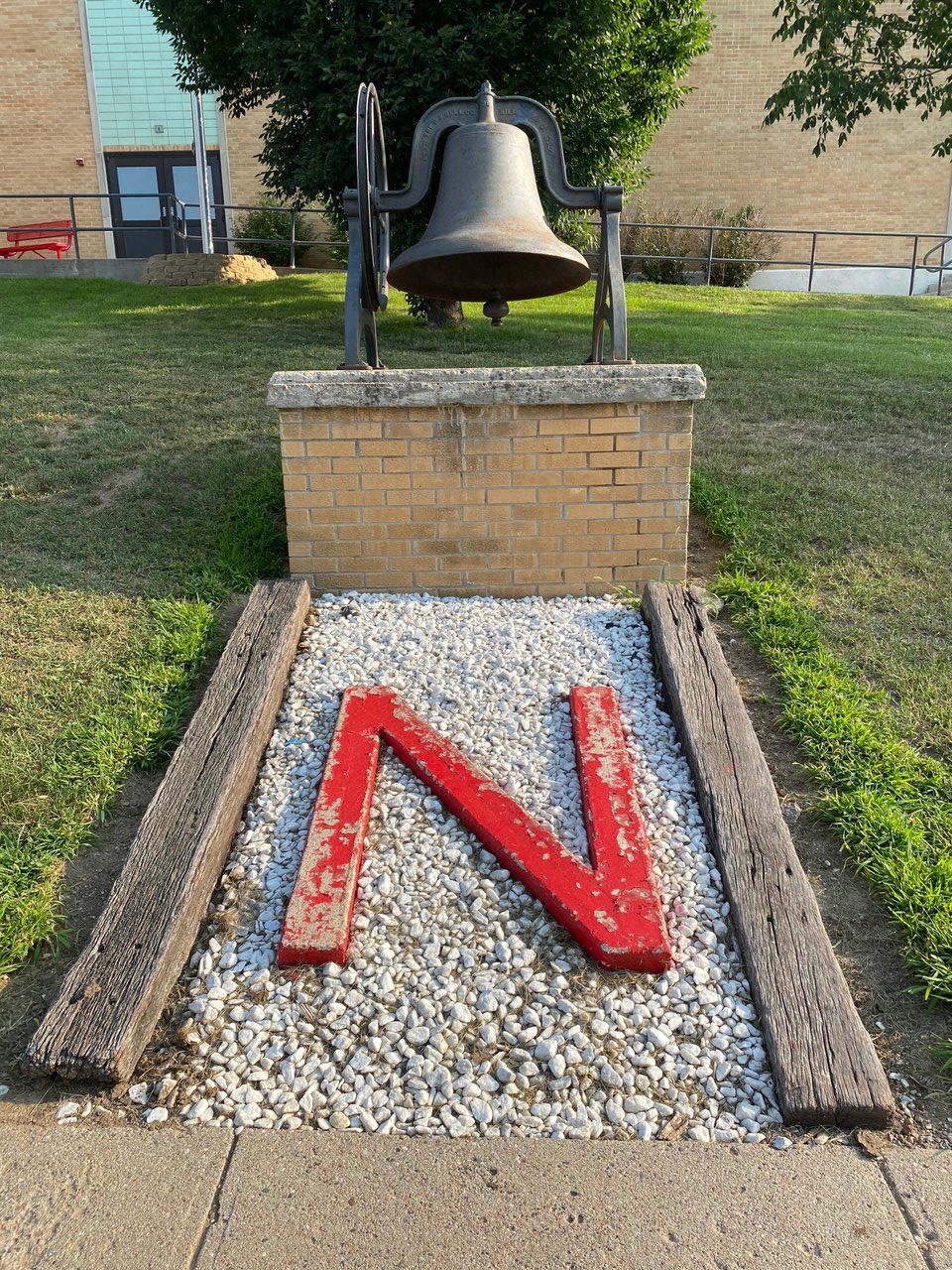 The red letter N and bell outside the school in Newcastle, Neb., is shown Monday. The Hartington-Newcastle district has closed the Newcastle school. 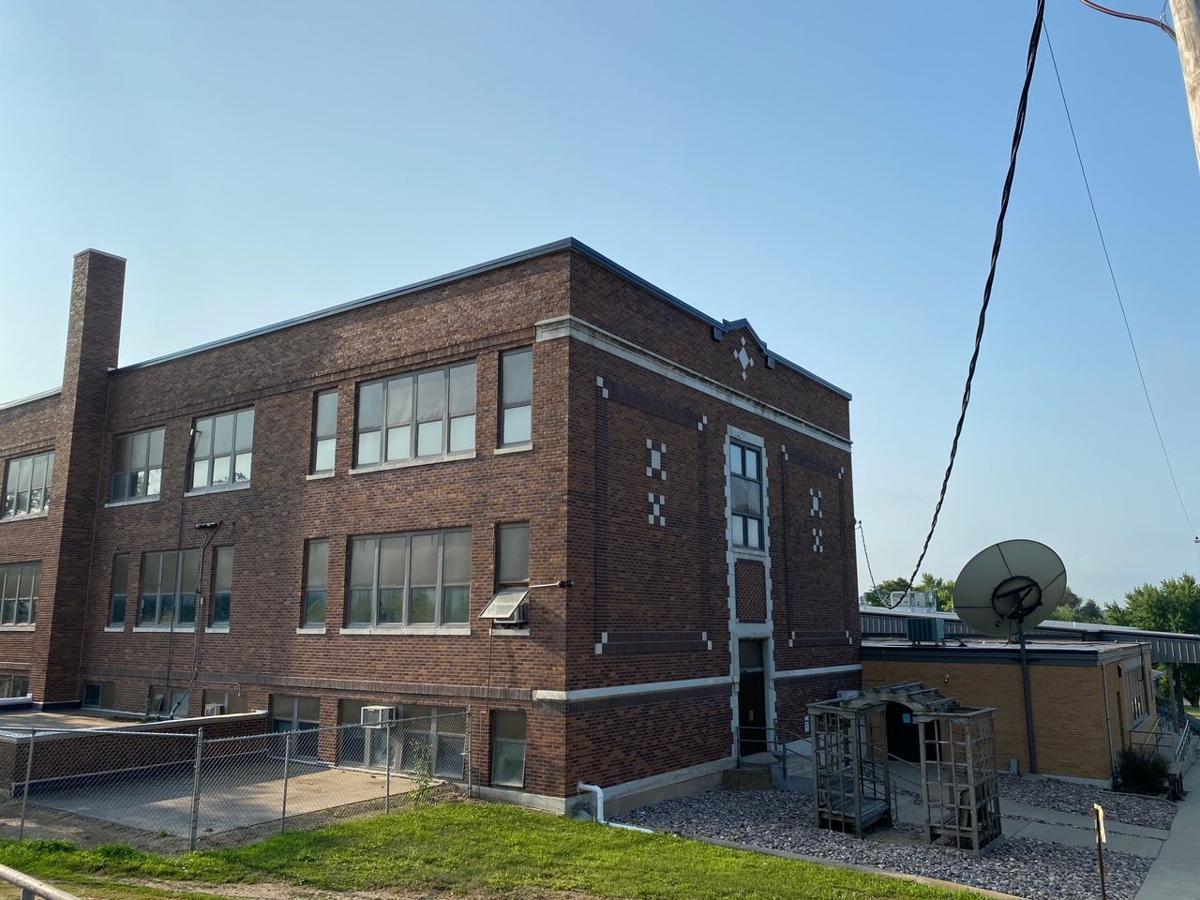 The older building at the Newcastle, Neb., school is shown Monday. The Hartington-Newcastle school district has closed the school, which most recently housed students in grades pre-K through 1st.

NEWCASTLE, Neb. -- For the first time in well over a century, there will be no public school classes this fall in the Dixon County community of Newcastle.

The Hartington-Newcastle School Board voted in June to close the Newcastle building, which most recently had been a pre-K-through-first grade school.

School officials cited a dwindling population of students from Newcastle, a village of around 325.

This fall, all students will attend classes in Hartington, about a half hour drive from Newcastle.

This past school year, the Newcastle building housed 18 students, mostly preschoolers, and two teachers. Hartington-Newcastle Superintendent A.J. Johnson said this fall's kindergarten class would have had no students and only three first-graders -- though Johnson noted there was a "decent amount of preschoolers" enrolled. Still, that wasn't enough.

The school board voted 5-1 to close the school at a meeting in June where about three dozen Newcastle residents showed up to oppose the move.

"This should have been done years ago," school board member Jason Heikes said at the meeting, according to the Cedar County News.

"I think it's super sudden. I think we owe it to the community to look at other options," Rosener said, according to the Cedar County News story. "I think we need to maintain the school at least one more year to give the community a chance to make it better. If (enrollment) doesn't get better, this gives the community a year to try and figure out what to do."

Newcastle consolidated with the larger Hartington district beginning with the 2014-15 school year. Five seniors graduated from the last Newcastle High School class in 2014.

At the time, Hartington administrators guaranteed that students from pre-K  through fourth grade would remain at Newcastle, at least for one year, but beyond that, the future of the school was uncertain.

"What we had found is that, some of the older students, some of those families decided to send their kids to Hartington a little bit earlier, so that's why this last year was a Pre-K through 1 school," Johnson said.

One of the two teachers at Newcastle retired at the end of the last year, Johnson said, and the other was departing for another job opportunity. The district is trying to find new roles for a small handful of other staffers at the Newcastle building.

District officials, Johnson said, will have to figure out what they're going to do with the empty Newcastle school, which includes an older structure and a newer addition.

"We're looking into our options there. There's certainly -- especially the newer part of the building -- there's some very good space there. So we'll do our best to work with the community to see what kind of arrangements we could work out," he said.

Newcastle has had a school since at least the 1890s, when the community was in its infancy. The earliest known mention of a Newcastle school appeared in the long-defunct Newcastle Times newspaper, which was reporting monthly Newcastle school attendance figures and small news items related to the school as early as 1895, according to a review of archival materials.

(A website run by the University of Nebraska-Lincoln suggests the Newcastle area had a school in the 1870s, long before the town was incorporated.)

The Newcastle district, like many other schools in smaller, rural communities, had difficulty with enrollment for years.

About a decade ago, Newcastle and Ponca High School entered into a cooperative agreement to share sports, except football, and other extracurricular programs. After the agreement went into effect, many Newcastle parents decided to transfer their children to Ponca, just 10 miles away. Newcastle's enrollment dropped from 130 students to 68 in the span of a few years.

After that big enrollment drop, Newcastle's school board decided it couldn't ignore the situation and chose to pursue a merger with Hartington, the Cedar County seat with a population of about 1,600.

NEWCASTLE, Neb. | For high school seniors, this time of year becomes a series of "lasts."

A school superintendent's list of responsibilities is a long one.

Josiah Navarro never thought he'd have a reason to wear his Newcastle football jersey again after the small school consolidated with Hartington.

PONCA, Neb. -- A Sioux City man was arrested on numerous charges at the conclusion of a high-speed chase Tuesday in Dixon County.

The Hartington-Newcastle school district has closed the school in Newcastle, Neb., shown Monday, due to a declining number of families sending their children to the pre-K through 1st grade school.

The red letter N and bell outside the school in Newcastle, Neb., is shown Monday. The Hartington-Newcastle district has closed the Newcastle school.

The older building at the Newcastle, Neb., school is shown Monday. The Hartington-Newcastle school district has closed the school, which most recently housed students in grades pre-K through 1st.