SIOUX CITY -- The 30th annual Saturday in the Park music festival has been postponed to an indeterminate date in the future, possibly toward the end of the summer or the early part of the fall.

"Tentatively, in our minds right now, we're looking at some dates in either late August, or more realistically into September," Dave Bernstein, the festival's co-founder and longtime leader, said in a Zoom press conference Thursday afternoon. The decision was prompted by the COVID-19 pandemic.

The festival was previously scheduled to go on at Grandview Park July 4.

Bernstein acknowledged that Saturday in the Park may not happen at all this year. If it were cancelled, it would join other cultural events that fell victim to the pandemic, including the summer concerts at the Hard Rock's Battery Park venue and this season's remaining performances of the Sioux City Symphony Orchestra.

"We need to be realistic, I think, with everyone -- the chances of us still being able to pull it off in the fall, are not guaranteed, certainly," Bernstein added. "50-50, it's hard to say."

Organizers more than a month ago had already acknowledged the possibility of a postponement.

The health of concertgoers has always been a concern. Sioux City Fire Rescue crews are on hand every year to deal with heat stress (often the result of excessive exposure to the July sun, compounded by drinking) and the usually minor scrapes and bruises that attendees sometimes sustain.

But the virus proved to be a far more grave threat to the health of the thousands of people who swarm Grandview Park every summer.

"We're just not going to risk it, we can't risk it, it's just not something we're willing to do," Bernstein said of the decision not to hold the festival in July.

The event, invariably held on the Saturday closest to July 4, began back in 1991 and has since mushroomed into a cultural icon for Sioux City.

PHOTOS: Saturday in the Park through the years, from the 90s to today

Besides the blockbuster singers at the main stage, lesser-known acts make appearances at the Abe Stage, so called because of its proximity to the park's statue of Abraham Lincoln. Crowds at the Abe Stage are packed together quite closely, and even the staid old Lincoln statue gets a lot more human contact than normal -- he's been seen festooned with colorful attire in previous years.

If the festival does finally proceed later this year, there is another problem: lining up acts. A lot of groups aren't touring right now, which was one factor contributing to the postponement decision. Saturday in the Park organizers now have a little more time to sort out that matter.

"Clearly, people (who are) cancelling entire tours aren't going to come play Saturday in the Park, even at a delayed date," Bernstein said.

"It'd be all great if we even could have the festival, but if you don't have bands, artists, clearly to perform at the festival, there's no point," he added.

Bernstein acknowledged the possibility of holding some sort of alternative-format Saturday in the Park -- a virtual version, perhaps, or holding an in-person event but at a different venue that might allow for better social distancing.

He said he's not completely on board with either of these ideas: "I would suggest, as someone who consumes a lot of virtual experiences that they're not quite the same, not even close to the same." But Bernstein also noted that the festival probably won't be in its usual form either.

"The festival, if are able to have it this year, it will probably look a bit different than it has in the past," he said.

Back from coronavirus closure: Restaurants across Iowa can now restart in-person dining

SIOUX CITY -- The Sioux City Symphony Orchestra announced it is postponing its two remaining concerts of the season, a Gala Fundraiser and its…

SIOUX CITY -- Due to the potential health risks and uncertainty due to COVID-19, the Catholic School Foundation for the Diocese of Sioux City …

The county's death toll now stands at 13, while the total number of infections is 1,507. The number of Dakota County individuals who have recovered from the virus is not known.

“There is a cost, a social cost to also locking down and not figuring out a way to responsibly and safely start to open up the economy, get Iowans back to work so that they can take care of themselves and their families,” Reynolds said.

The county's case count has reached 85, more than quintupling in the last 10 days. A TestIowa site opens Saturday, and Tyson plans to test more than 3,000 of its Storm Lake workers.

SIOUX CITY --  Two more deaths attributable to COVID-19 were recorded in Woodbury County and in Dakota County on Friday.

MOVILLE, Iowa -- The fate of county fairs in Northwest Iowa, some of which are hugely popular summertime events, remains up in the air as of t…

LE MARS, Iowa -- The Plymouth County Fair will not be held in 2020, fair organizers wrote in a Facebook post Thursday night.

The casino's live blackjack games, valet service and buffet are all suspended, and the complimentary soda and coffee station closed. Only one customer is allowed at a time inside the gift shop.

July 4 fireworks displays in Sioux City metro: Some are going ahead, others uncertain

Many events associated with the displays, including Sioux City's Big Parade and Mardi Gras Festivale, have been canceled due to the pandemic.

There were no dancers or music or booths, nor traditional Greek beverages, but the food -- probably the most popular element of the festival -- was still there.

Live shows resume at Hard Rock, but on a smaller scale

The casino, which this year canceled its blockbuster Battery Park concert series due to the pandemic, is holding a series of free Friday evening performances near the patio at its Main + Abbey restaurant. 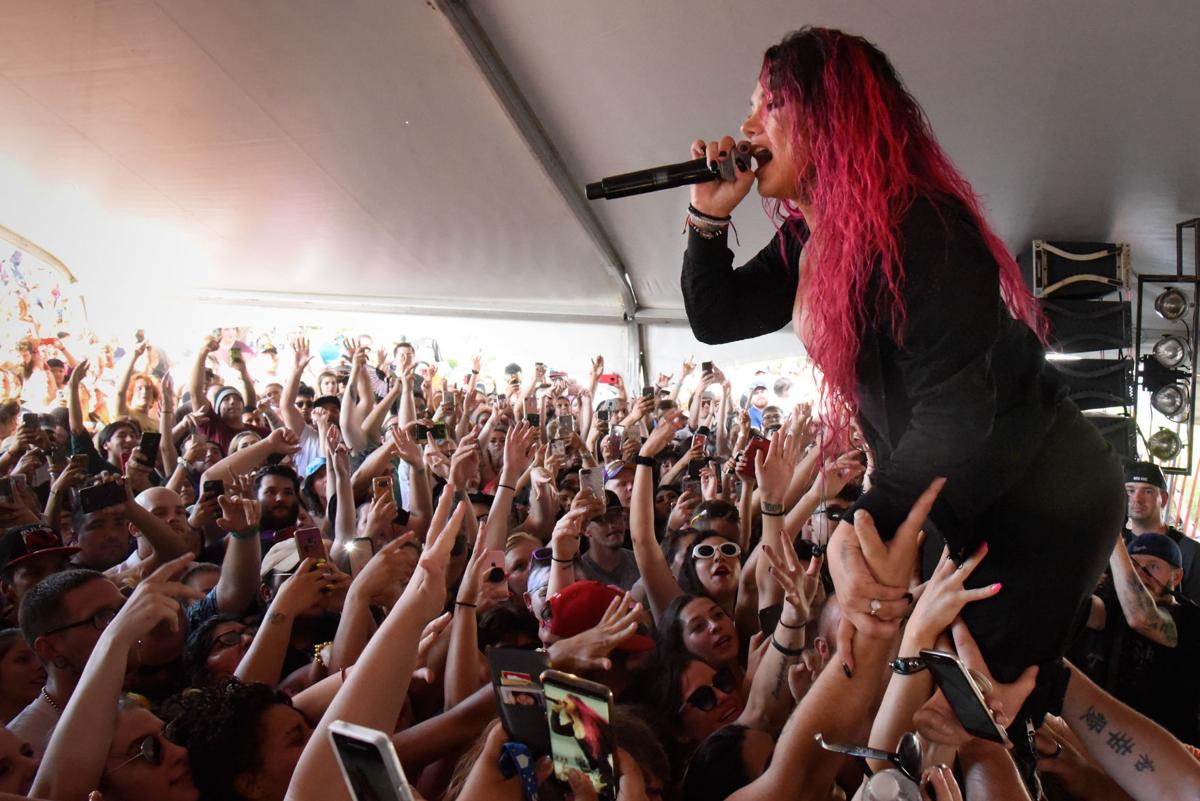 Snow tha Product got the audience going in the Abe Stage in this 2019 Journal file photo. 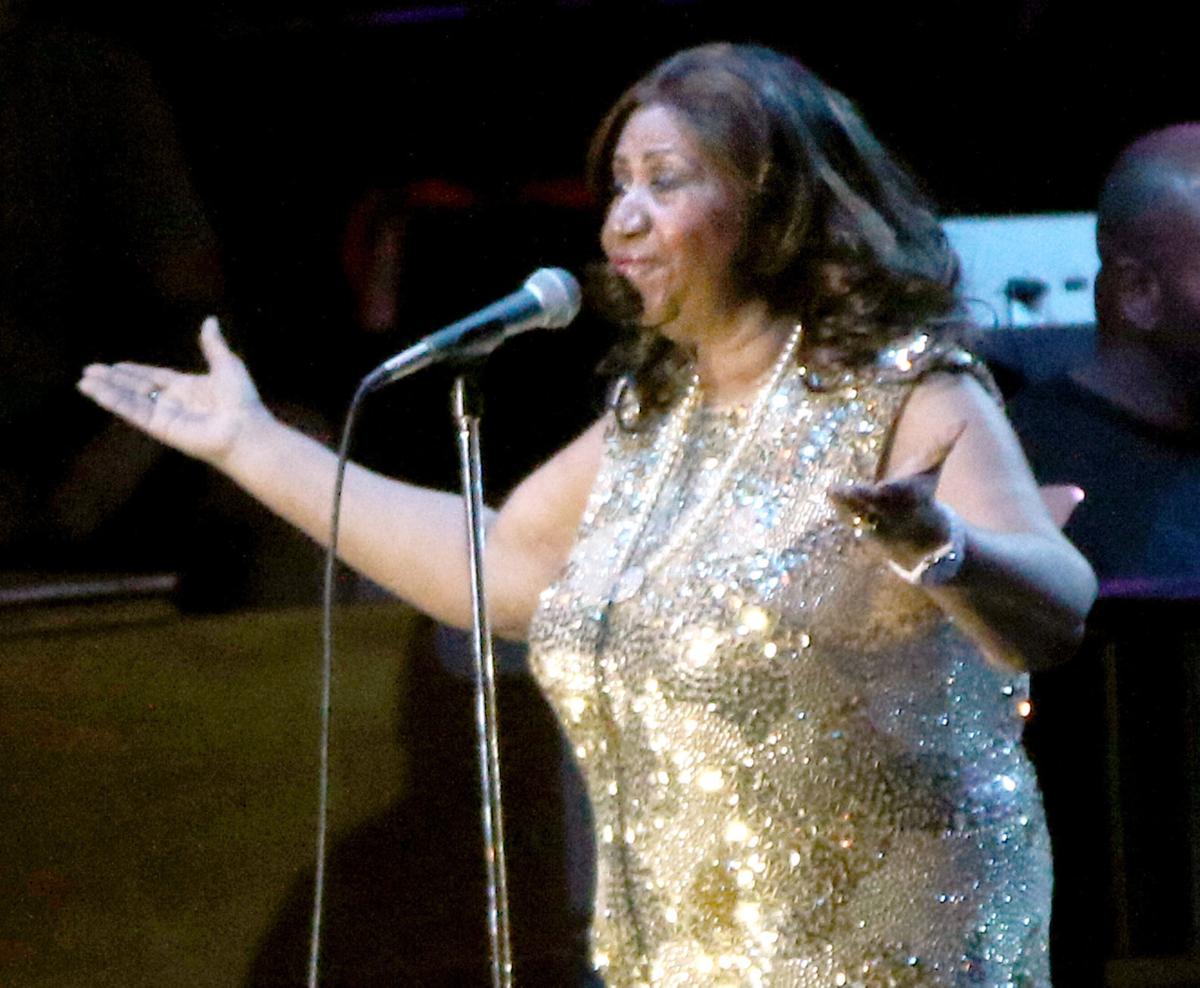 Aretha Franklin performs during Saturday in the Park at Grandview Park July 4, 2015. 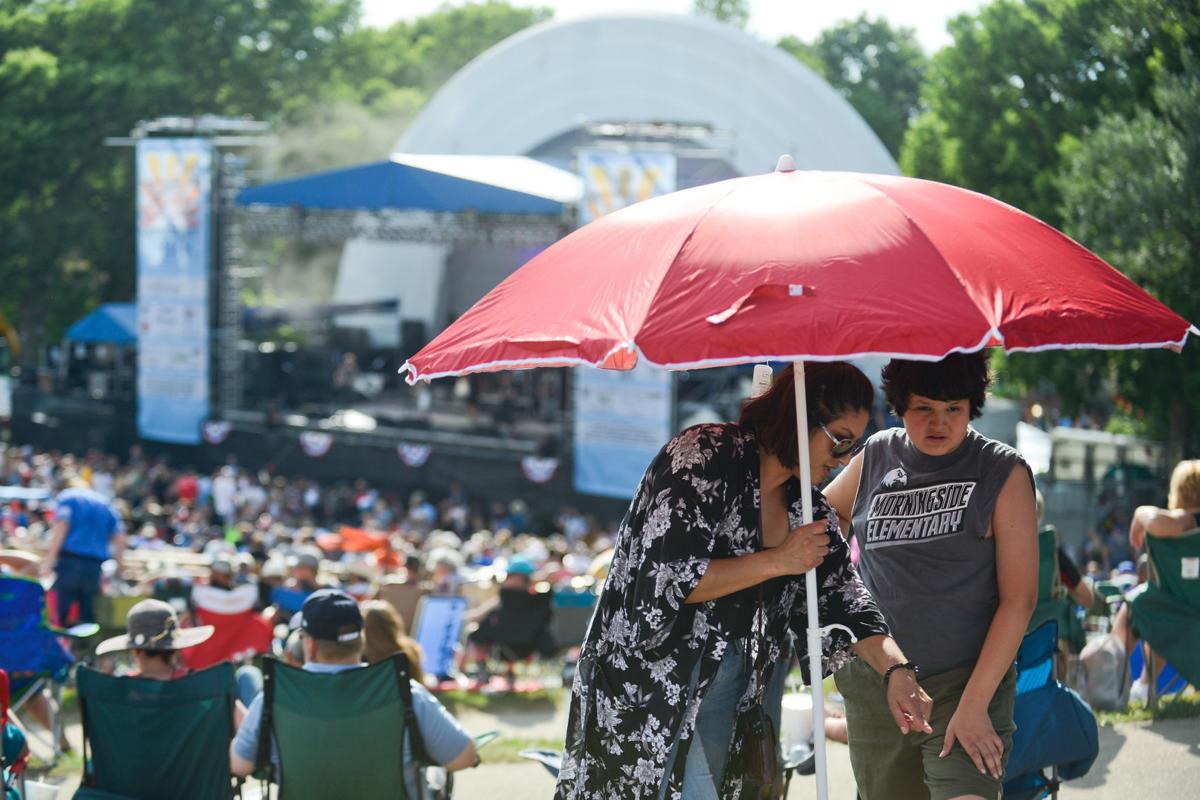 Silvia Flores of Sioux City picks up the umbrella with her son Lee Flores, 11, during Saturday in the Park at Grandview Park in Sioux City on July 6, 2019.