SIOUX CITY -- Liberty Elementary School's stage was filled with a horde of Whos, a cadre of Cats in Hats, some goonie birds, and an egg-warming elephant named Horton.

"Horton is nice but he's too loyal," explained Julian Garner, the young actor making his theatrical debut as Dr. Seuss's famous pachyderm. "Horton promises a bird named Mayzie that he'll sit on her egg. He didn't know it would take 51 weeks for the egg to hatch."

Julian and other Liberty third-, fourth- and fifth-graders were rehearsing scenes from "Seussical KIDS," a slightly abbreviated "kid version" of Lynn Ahrens and Stephen Flaherty's award-winning musical based on stories created by Theodor Seuss Geisel, aka Dr. Seuss.

Directed by teachers Lindsey Rixner and Donny Short, the show will be performed at 6 p.m. Tuesday and Thursday at the 1623 Rebecca St. school.

"It's a blessing to work with such a young cast," said Short, a veteran Lamb Arts Regional Theatre director. "Most of the children have never been on stage before but they're so eager to please."

"In many ways, kid performers are more resilient than adult performers," he continued. "A young actor can pick up stage direction immediately while grown-ups may still be struggling."

Fifth-grade teacher Lindsey Nelson smiles as students run through a production number consisting of a song called "It's Possible" plus a procession of wooden "One Fish, Two Fish, Red Fish, Blue Fish" type of sea creatures.

"The kids are having such a good time," she said. "Plus they're already familiar with the characters."

Indeed, many of the students read their favorite Dr. Seuss stories on March 2, which would've been Geisel's 115th birthday.

Laci Smith, who plays the part of Gertrude McFuzz, a bird-brained friend of Horton's, said her favorite Seuss story is "The Cat in the Hat."

Unlike her classmate Julian, Laci has had some previous stage experience.

"I sang at Liberty's talent show a while ago," she said. "I don't mind being on stage."

Perhaps that's why Laci had no qualms about doing a big production number like "The One Feather Tail of Miss Gertrude McFuzz," which is traditionally one of the highlights of "Seussical."

But what about a theatrical newcomer like Julian? Does the soon-to-be Horton have elephant-sized butterflies in his belly?

To get into the groove of playing Horton, Julian said he's been researching the role by watching movies based upon Dr. Seuss stories.

"I like the movies a lot," he said. "But Horton has always been my favorite Seuss character. I want to play Horton my way instead of trying to act like someone else."

WHEN: 6 p.m. Tuesday and Thursday

SIOUX CITY -- Have you ever wanted to have the stamina of Deadpool and the agility of Spider-Man?

SIOUX CITY -- Cheerful, articulate and full of energy, Rosario Chaclon doesn't seem much like a rabble-rouser.

Whenever James Gates plays a Mozart piano concerto, he imagines himself to be a musician inside an Austrian music hall, circa the late 18th century.

SIOUX CITY -- Elvis has not left the building.

SIOUX CITY -- Archival photos of a familiar face can be seen on a wall of the Sioux City Community Theatre. 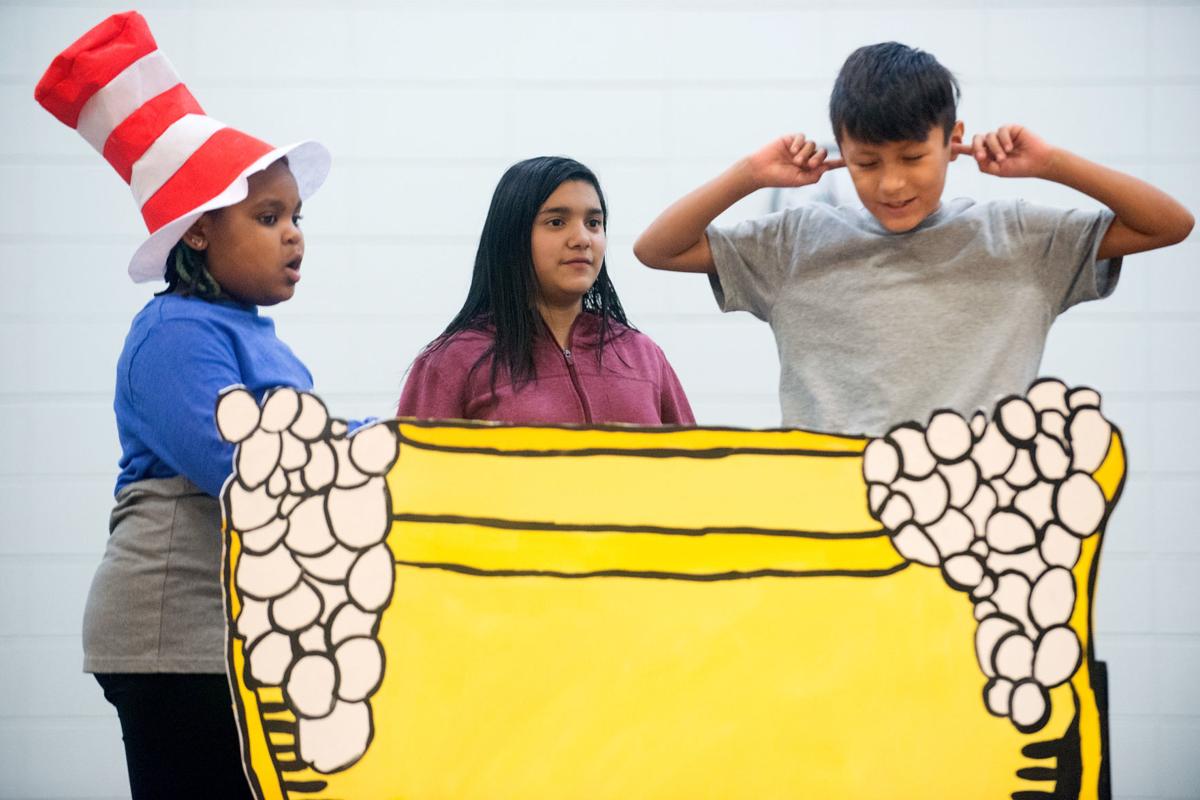 From left, students Onyar Simpson, Stephanie Santos and Johnny Vallejo perform during a rehearsal of "Seussical KIDS" at Liberty Elementary School. The musical, based upon Dr. Seuss stories, is the second time that Liberty has staged a full-scale show. The school presented "Disney's Lion King: KIDS" last year. 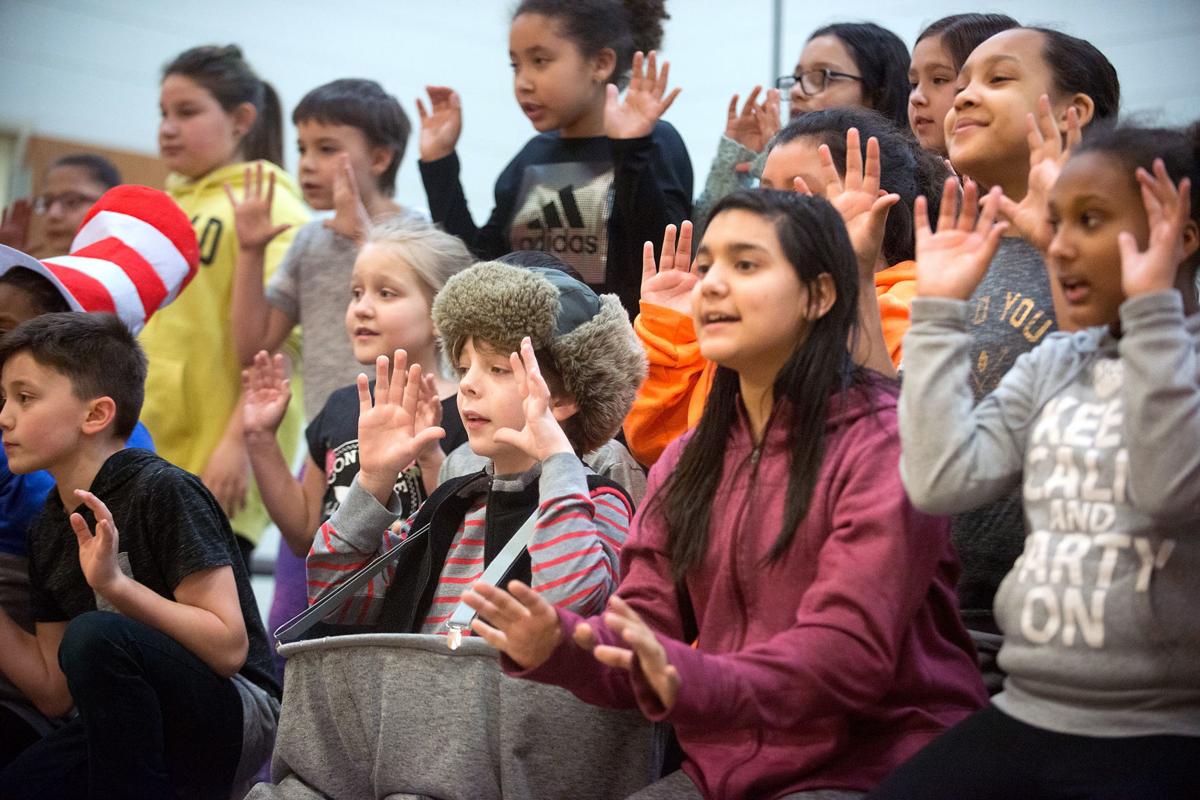 Liberty Elementary School students rehearse a production number from "Seussical KIDS," a kid-friendly musical adaptation of characters created by Theodor Seuss Geisel, aka Dr. Seuss. The show, featuring nearly 60 third-, fourth- and fifth-graders, will be performed at 6 p.m. Tuesday and Thursday at the 1623 Rebecca St. school. 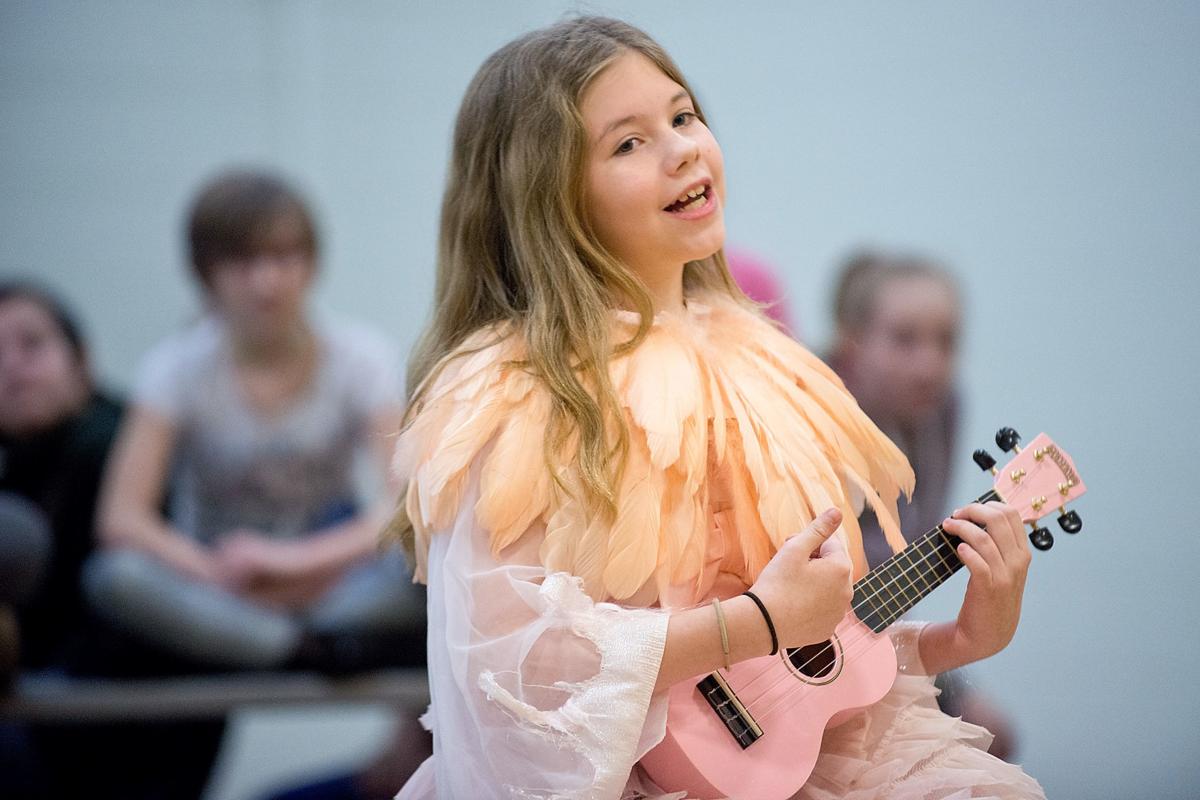 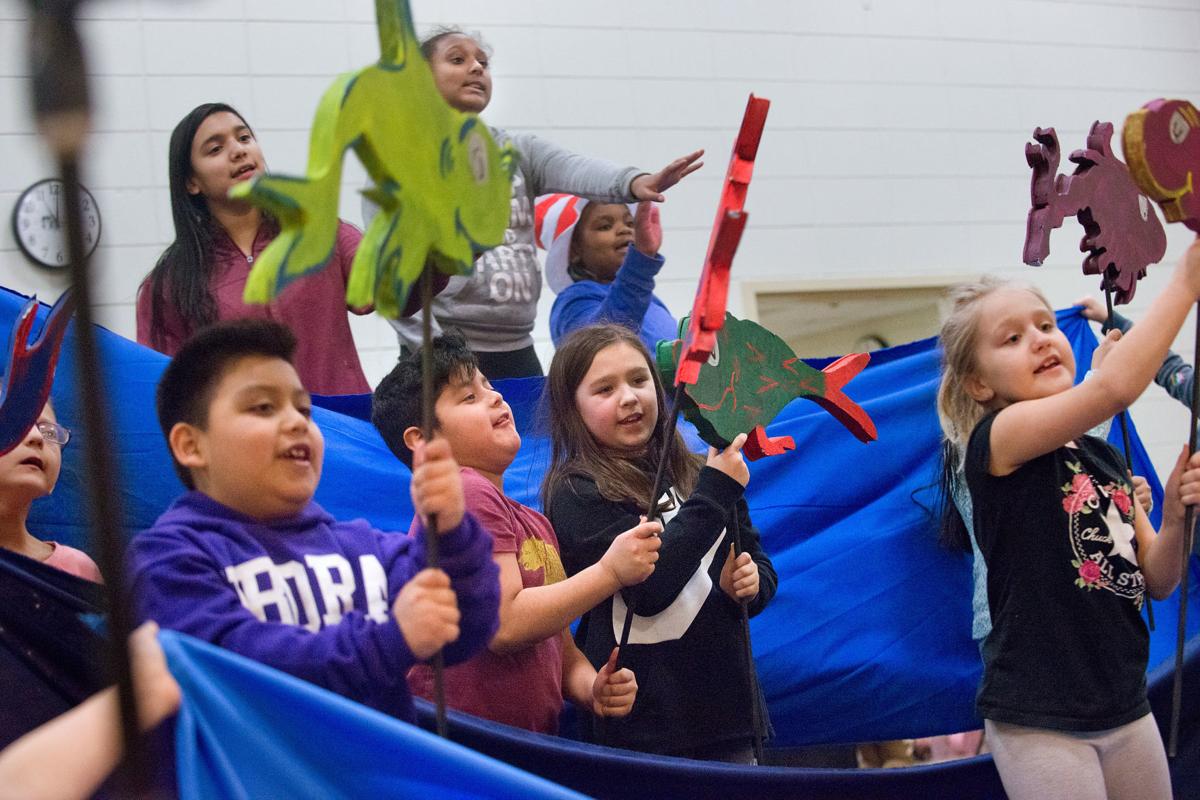 Liberty Elementary School students hoist fish placards into the air for a production of "Seussical KIDS." The show, featuring approximately 60 third-, fourth- and fifth-graders, is being presented at 6 p.m. Tuesday and Thursday. It serves as a finale for what would have been Theodor Seuss Geisel's 115th birthday.