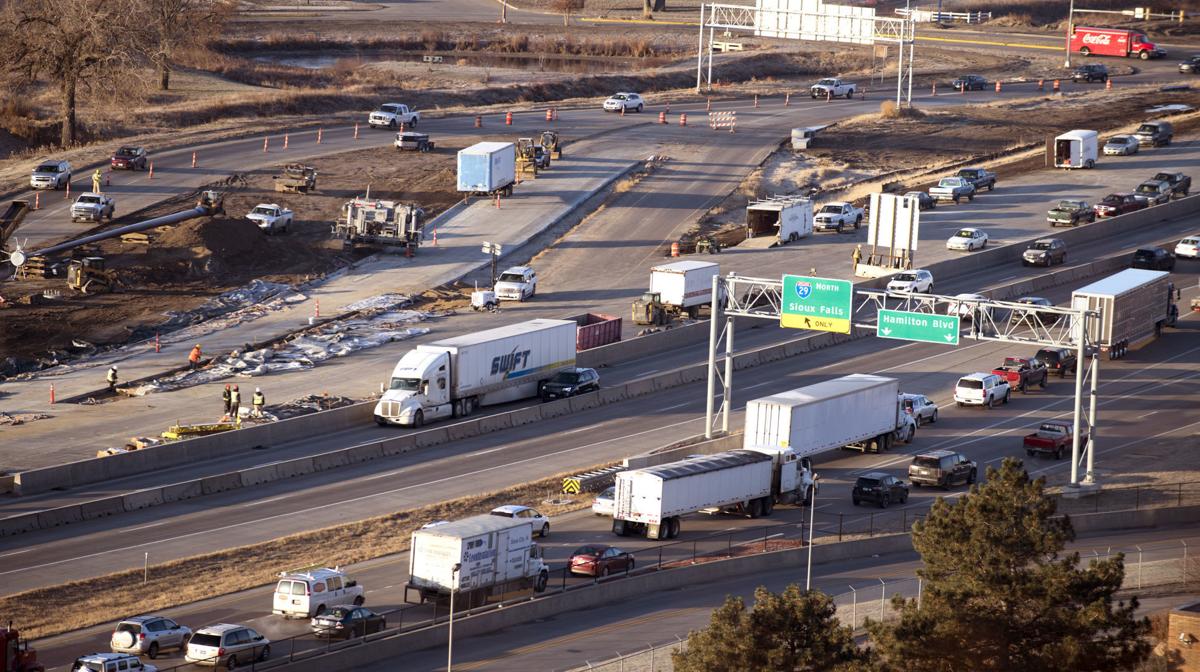 Contractors work on Interstate 29 at the Hamilton Boulevard interchange in Sioux City on Nov. 22. Major construction on the 11-year I-29 expansion project through Sioux City could be finished by Christmas.

A loader moves across still-closed southbound traffic lanes as contractors work on Interstate 29 through Sioux City on Nov. 22. Construction is in the final phases of the 11-year project to widen the interstate from Sergeant Bluff, through Sioux City and to the South Dakota border.

SIOUX CITY -- There will be doubters. Skeptics will post sarcastic comments beneath online versions of this story.

Believe it or not, major construction on the Interstate 29 expansion project through Sioux City should be wrapped up by the end of the year. Those 11 years of weaving through orange construction barrels, crossing over into temporary driving lanes and dealing with closed exit and entrance ramps are just about over.

Let that sink in for a moment.

"There are times when it seemed it would never end," said Dakin Schultz, Iowa Department of Transportation District 3 transportation planner.

Yes, motorists will see some final work finished up in the spring, and traffic might still be impacted by the unexpected repair of a bridge damaged by fire this fall. But once workers pour concrete bridge approaches and shoulders in the Hamilton Boulevard area, install guardrail and paint pavement markings, the heavy lifting will be done.

Schultz said it's hoped the work can be finished by Christmas.

"We still feel like it's achievable to get that work done, provided the weather holds," he said.

Had the box culvert bridge over Perry Creek not been damaged on Oct. 30, when a fire ignited in a homeless camp beneath it, traffic would have been opened to three lanes in both directions, Schultz said. Engineers have thus far determined that the bridge can safely support only two lanes of traffic because of significant damage to three of its eight support beams. Those beams will need to be replaced. The IDOT has yet to determine how to repair the damage.

As a result, two lanes of traffic will be maintained in each direction through the downtown area this winter, Schultz said. How the bridge repairs will impact traffic flow next spring remains to be seen, and the impending fix takes a little of the fanfare away from finishing the rest of the project.

"Instead of having the focus on getting the project complete, now we have to look at different options," Schultz said. "Obviously, it's not something we anticipated. We try to anticipate a lot of different scenarios, but we didn't anticipate this one.

Construction on the $400 million project to widen I-29 to three lanes in each direction from Sergeant Bluff, through Sioux City and to the South Dakota border began in 2008. Each year since then, Siouxlanders have seen significant changes in the highway's appearance and traffic flow. They've also seen their share of construction zones and traffic cones.

"To get it done will be good news that people will be able to get into the city and not dodge barricades anymore," Sioux City Mayor Bob Scott said.

Scott said the reconfigured exit and entrance ramps and downtown traffic patterns will take some getting used to. The city spent more than $30 million to relocate utilities throughout the downtown area to accommodate the widened highway, but watching traffic move efficiently through busy areas such as the exit off of I-29 to the Southern Hills Mall and other shopping areas is a nice payoff.

Aside from the repairs to the bridge over Perry Creek next spring, small details like painting improved lane markings, installing barrier rails, seeding and landscaping will take place.

"Even if we get everything else wrapped up, there's going to be work next year on I-29, and that's because of the (Perry Creek) bridge," Schultz said.

The IDOT also will raise the elevation of Hamilton Boulevard in the area beneath I-29 next summer.

IDOT report: Some I-29 bridge beams damaged in fire should be replaced

The fire was ignited in a homeless encampment beneath the box culvert bridge over the Perry Creek Conduit, just to the south of the Wesley Parkway overpass. Northbound I-29 traffic has since been constricted along the bridge.

SIOUX CITY -- For more than 80 years, the Gordon Drive viaduct has enabled motorists driving into and out of downtown Sioux City to safely cro…

Striping of U.S. 20 work zone in Jackson set for this week

Once striping is completed, traffic will use the outside lanes in each direction with a turning lane in the center. Some work remains to be done and will be completed in the spring.

Contractors work on Interstate 29 at the Hamilton Boulevard interchange in Sioux City on Nov. 22. Major construction on the 11-year I-29 expansion project through Sioux City could be finished by Christmas.

A loader moves across still-closed southbound traffic lanes as contractors work on Interstate 29 through Sioux City on Nov. 22. Construction is in the final phases of the 11-year project to widen the interstate from Sergeant Bluff, through Sioux City and to the South Dakota border. 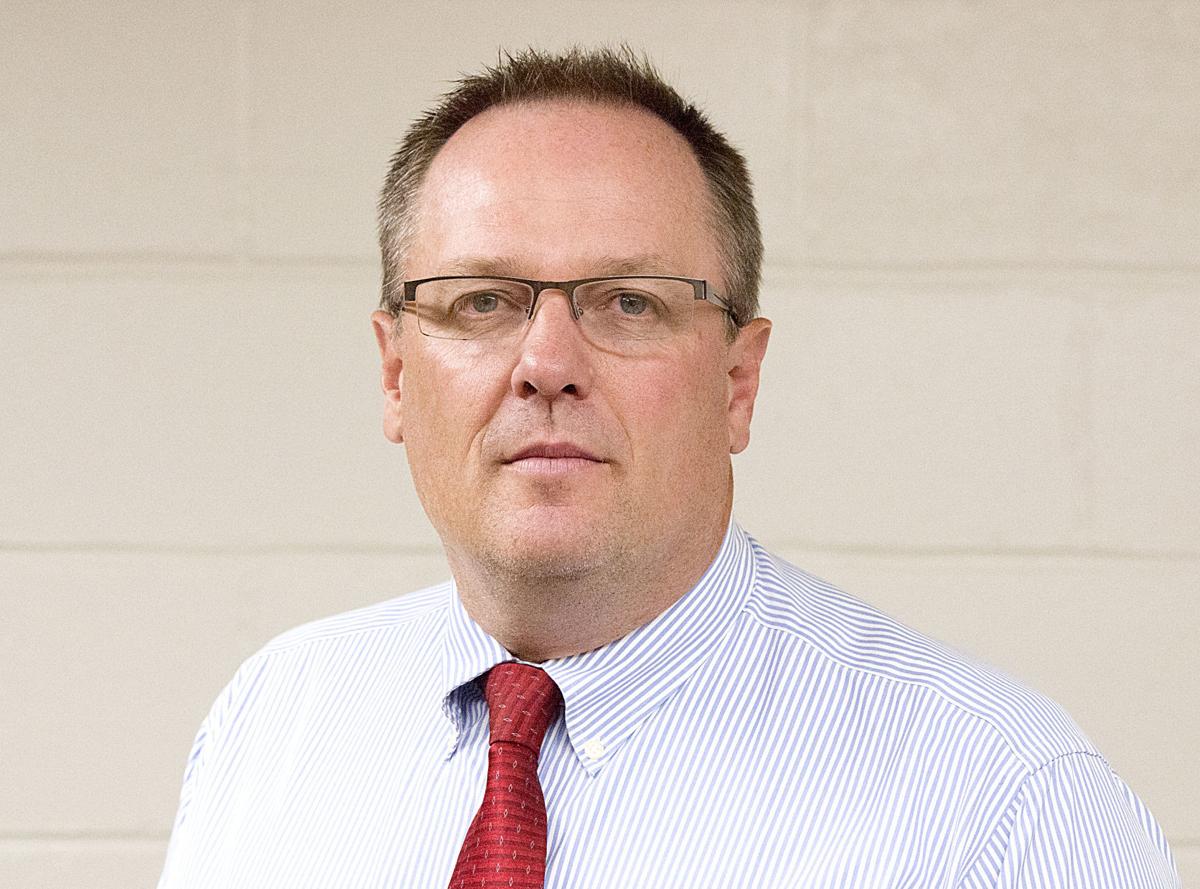