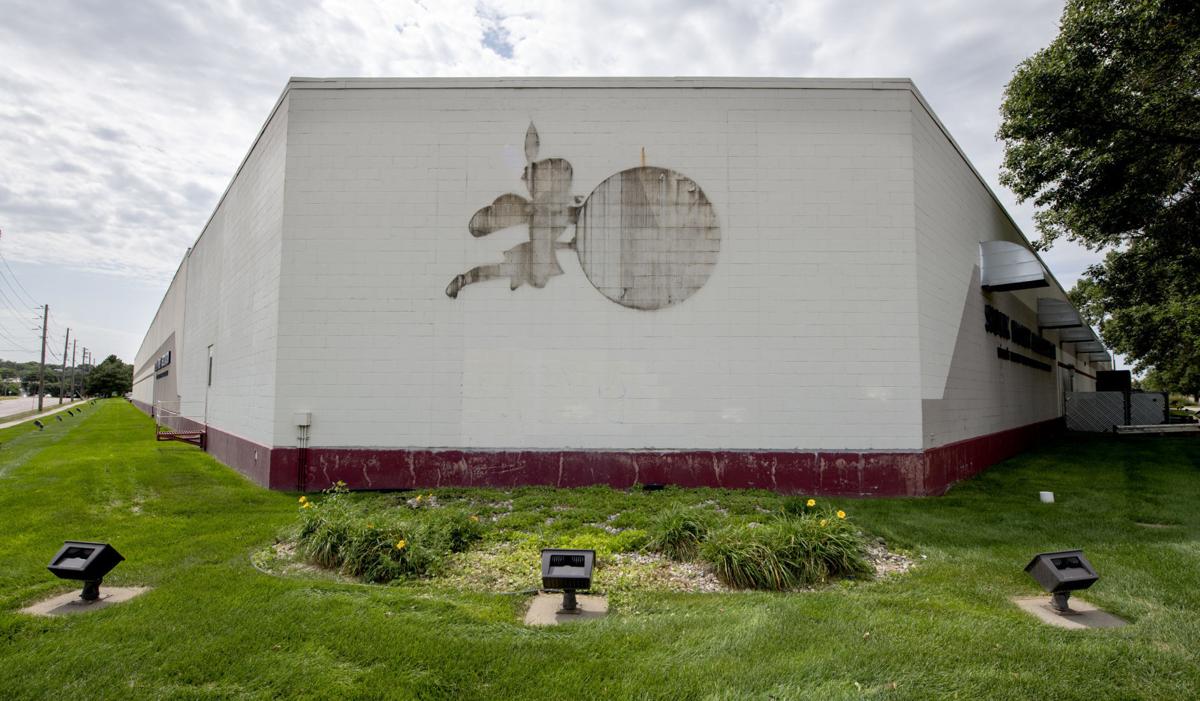 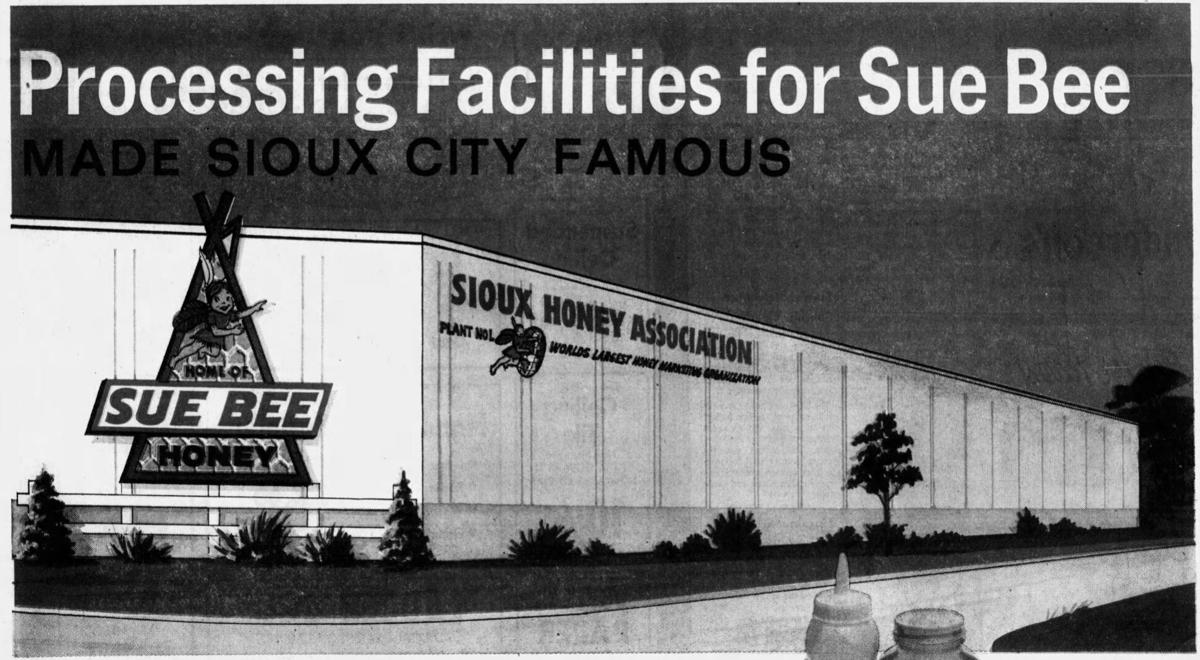 A depiction of the then-new Sioux Honey Association plant in May, 1970, showing the old Sue Bee logo. A more recent version of this logo was removed from the building recently.

SIOUX CITY -- The Sioux Honey Association has removed its logo from the northeast corner of its building, a prominent sight for drivers traveling south on Lewis Boulevard or west on Fairmount Street toward Sixth.

"Probably four or five years ago, we actually moved away from that logo that was up on the building, with not only our labels but our consumer promotions as well, and the reason we did that is, we wanted to have a renewed focus on our main brands, which is Sue Bee and Aunt Sue's," Mammen said.

The logo, or an earlier version of it, had been on that corner of the building at least since 1970, when Sioux Honey held a grand opening of its then-new facility, which had been completed the previous year. At that time and for years thereafter, the logo was featured prominently on several Sioux Honey products.

Mammen said the decision to remove the logo was not made because of its stylized depiction of a Native American woman. Other grocery-aisle brand names, including Aunt Jemima and Uncle Ben's, have been moving in that direction, but Mammen said Sioux Honey had other reasons for removing the old sign.

"In our case, there wasn't anything external, it was just a new direction that we've been trying to take, again, over the last four or five years," he added.

Mammen said a new logo will be going on that corner of the building eventually, probably before the end of this year. The design, he said, has not been finalized.

Sioux Honey had hoped that the old sign could be removed, a coat of paint added and a new sign promptly installed, but between COVID-19 and various other delays, it didn't happen that quickly. The fact that the building wasn't swiftly painted probably contributed to people noticing its absence -- a rather obvious, grimy-looking spot in the shape of the logo remains visible from the road.

"Evidently, a lot of people drive by that," Mammen said with a chuckle.

Since they already were independent owners and breeders of the Wagyu, the Feddersens decided to do their own marketing as well, learning about the dizzying variety of beef cuts and building a website for the first time.

Wells, who along with cousin Fay Wells led the Le Mars-based ice cream maker bearing their name as it grew far beyond its Midwestern roots in the final decades of the 20th century, died June 12. He was 93.

SIOUX CITY -- Twenty centuries ago, as the story goes, Judas Iscariot sold out Jesus Christ for 30 pieces of silver.

A depiction of the then-new Sioux Honey Association plant in May, 1970, showing the old Sue Bee logo. A more recent version of this logo was removed from the building recently.