SIOUX CITY -- Last week, Anna Kounas said she was trying to sign up for a COVID-19 vaccination appointment on a pharmacy chain's website, when a hacking message popped up.

The 72-year-old Sioux City woman, who was using a computer at the Siouxland Center for Active Generations, said she immediately "backed out" of the site.

This experience is just one of many roadblocks Kounas said she has encountered while trying to schedule an appointment. Kounas, who has a home computer, but lacks internet access, said she's "angry" about the signup process.

"My brother's gotten his. My two sisters have gotten theirs. They've been lucky, but not me," she said.

Scores of local seniors have reported encountering frozen computer screens, website crashes and jammed phone lines as they try over and over to register for COVID-19 immunization.

Rhonda Capron, 67, said she called Siouxland District Health Department a dozen times last Wednesday around 3 p.m. in hopes of securing a spot at an upcoming public COVID-19 vaccination clinic for 1B populations at the Tyson Events Center, but, each time, she said the line was busy.

Capron, a former Sioux City Council member, runs a non-medical home care business for seniors. She desperately wants the vaccine to protect herself from the novel coronavirus, as well as the seniors she cares for in their own homes. Capron, who said she can't use her 20-year-old computer to register for vaccination, said she also called District Health on a few other occasions, thinking she might be able to get on a waiting list. Those attempts also proved unsuccessful.

"I know people that have gotten it done in South Dakota and in Nebraska. I don't know what's going on here," said Capron, who said a friend with an up-to-date computer also failed to secure an appointment for her on Walgreens' website. "I'm very frustrated."

Unused vaccines originally allocated to the Long-Term Care Pharmacy Partnership Program were redistributed to a limited number of Walgreens and CVS stores in select Iowa counties, and reserved for Iowans age 65 and older.

On Feb. 1, District Health opened online registration for Feb. 10 and 12 vaccination clinics, but all of the appointments were quickly snatched up, more than an hour before local news organizations even received information about the signup process. Last week, when online registration opened for Wednesday's clinic at the Tyson, all of the appointments were filled in less than an hour. Some local residents reported problems signing up through District Health's website.

District Health Deputy Director Tyler Brock said Wednesday's clinic is full with over 1,600 people registered. He said many of them registered through District Health's phone bank.

"I understand that not everyone who wanted an appointment got in. But we only had 1,600 openings and several thousand trying to get in," said Brock, who noted that roughly half of the appointments are going to individuals 65 and older and the other half to people in Tier 1 of Phase 1B. "The system isn't perfect, but we are meeting our goals given the amount of vaccine we have available right now."

Lew Weinberg, 77, said he "won one of the Walgreens lotteries" by being on the pharmacy chain's website at the right time and got his first dose of the vaccine Feb. 4. He said his wife, Renee, has yet to secure an appointment.

Weinberg, a commercial real estate owner and developer, is concerned about more than 250 seniors who live in the Martin Tower, Centennial Manor and Century II apartment complexes. He said he spoke with District Health's Director Kevin Grieme in hopes of getting those residents vaccinated onsite.

"We've been working with Kevin at District Health, who seems to be indicating that, once he gets another allotment of serum, he would be able to release some of that to either Walgreens or Hy-Vee or Community Health to do the onsite clinics," Weinberg said.

Last week, Capron took a client to a COVID-19 vaccination appointment at the downtown Walgreens store. Capron said she asked if she could get vaccinated on the spot, but her request was denied. She said no one in the store's pharmacy was able to help her sign up for an appointment, either.

"They didn't even know what I was talking about," she said.

Kounas said she, too, visited the Walgreens store with a friend, who doesn't have a computer, hoping the two could get COVID-19 shots.

COVID-19 vaccines will be available at Woodbury County Walgreens locations

Have you or someone you know experienced difficulty signing up for a COVID-19 vaccine appointment? Visit siouxcityjournal.com/polls to participate in our online poll.

Meridian Clinical Research, the drug research firm with an office in Sioux City sprung into prominence last year when they rolled out trials of coronavirus vaccines. Both the Moderna and Pfizer products were tested in the Sioux City metro.

The event was the first in a series of large-scale public COVID-19 vaccination clinics for priority group 1B, which includes people 65 and older and some frontline workers.

The number of COVID patients hospitalized in Sioux City doubled from six on Tuesday to 12 on Wednesday.

Nebraska on course for COVID vaccinations of general public in spring, Ricketts says

The state is on course to move into inoculation of the general public in April or May, the governor said.

"I was overwhelmed. I can't overstate that. I was overwhelmed with gratitude over and over," said Cathy Bainbridge, a Siouxland Community Health Center registered nurse who came in on her day off to administer the vaccine.

Last week, there was one student and one staffer who tested positive.

How effective are vaccines against the UK and South African variants? What side effects can people expect? What happens if an individual only gets the first dose? And more answers to big questions.

Both the warnings appeared to have been connected with the governor's requirement that establishments close at 10 p.m.

Drilling Pharmacy offering COVID-19 vaccination appointments for 65 and up

The pharmacy said in a Monday statement that it had 584 doses of the vaccine available.

Siouxland District Health is administering clinics regularly in March; after March 2, the next clinic is planned for the week of March 8.

District Health working to get college students vaccinated against COVID-19

SIOUX CITY -- Some of the seniors Siouxland PACE serves have spent several months isolated in their homes amid the COVID-19 pandemic. 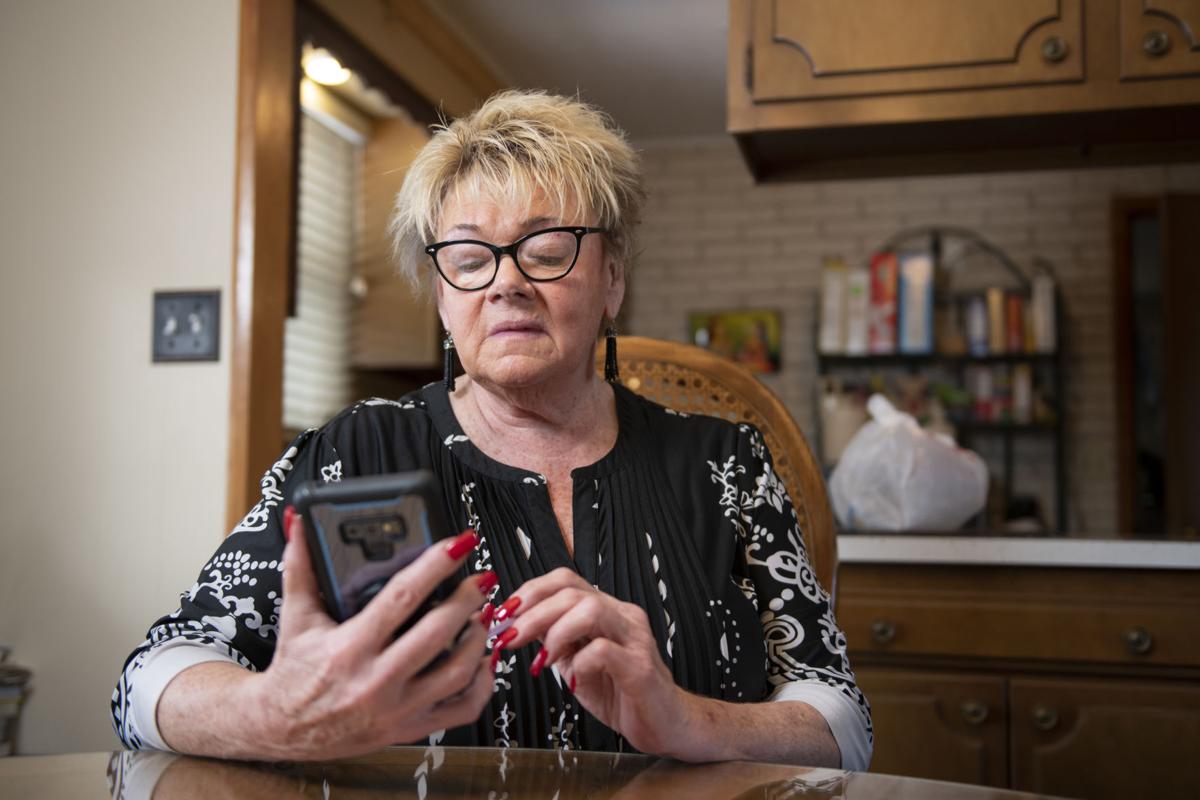 Rhonda Capron, shown at her Sioux City home Tuesday, has tried and failed many times to make a COVID-19 vaccination appointment by phone, online and in person. Like many Woodbury County residents ages 65 and older, she has found the signup process frustrating. 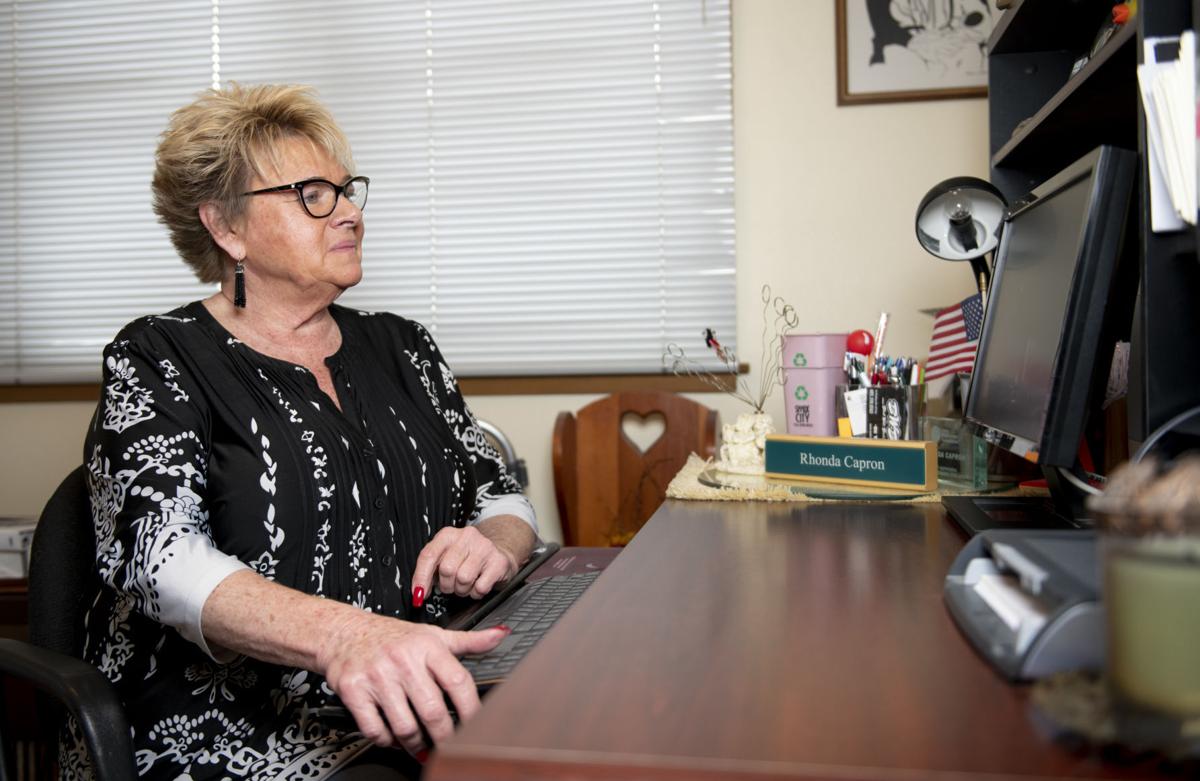 Rhonda Capron, shown at her Sioux City home Tuesday, has tried and failed many times to make a COVID-19 vaccination appointment by phone, online and in person. Like many Woodbury County residents ages 65 and older, she has found the signup process frustrating. Capron said her computer is 20 years old.