City Administrator Lance Hedquist said the city, in conjunction with the Green Star Energy Group LLC, will apply for a $200,000 Nebraska Environmental Trust grant. The total cost for the turbine project is estimated at $290,000.

Hedquist said the turbine would save the city $450 a day by producing energy from the river's current. The turbine would "be just like a boat dock" and would be placed on the north end of the riverfront either "underneath the bridge, but maybe in Scenic Park."

Hedquist said the turbine would not be cumbersome to the public, and "the nice thing about it is that it will not hurt the fish," he said.

The turbine would be the city's largest project with Green Star, a Bowling Green, Kentucky-based renewable energy company that plans to move its headquarters to South Sioux City.

In late August, city officials gave final approval to sell a 7-acre tract that will become the future site of a $3.75 million renewable fuels plant built by Green Star.

According to city documents, the proposed 3-megawatt plant would bring 15 jobs to the community. When up and running, the plant, which would run on wood waste, would provide roughly 8 percent of the electricity for the city's municipal utility.

Earlier this year, Green Star unveiled a smaller power plant, or gasifier, in Scenic Park. The gasifier, fed with wood waste and dead trees from the riverfront park, break down the molecular structure of the wood to create clean electricity with no emissions. The system will be used to power the city-run campground and nearby water treatment plant, helping save the city about $40,000 a year in energy costs.

To lower rates for residential and business customers and add more renewable sources of power, the South Sioux City municipal utility has spent the last few years moving to diversify its mix of wholesale power. In January 2015, the city council voted to reduce by 30 percent the power it gets from its longtime partner, Nebraska Public Power District, starting Jan. 1, 2018. The city's contract with the state's largest utility, is scheduled to expire in 2021.

The Journal's Ian Richardson contributed to this story.

SOUTH SIOUX CITY | The South Sioux City Council voted down a proposal Monday that would have boosted council members' pay by 12.5 percent.

SOUTH SIOUX CITY | It’s a variety of previous jobs, community involvement, volunteer work and hobbies that have prepared Jim Steele for his ne…

Check out these 'elephant canteens' where elephants and people coexist peacefully

Civilians killed in Russian shelling in Kramatorsk and Zaporizhzhia

Civilians killed in Russian shelling in Kramatorsk and Zaporizhzhia 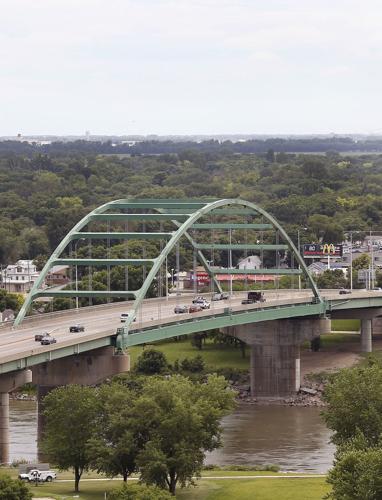 South Sioux City is shown on the south side of the Siouxland Veterans Memorial Bridge in a file photo. Northern areas of South Sioux City have been designated by the state of Nebraska as an "Opportunity Zone," meaning they could receive future investments through a new federal program meant to spur development. 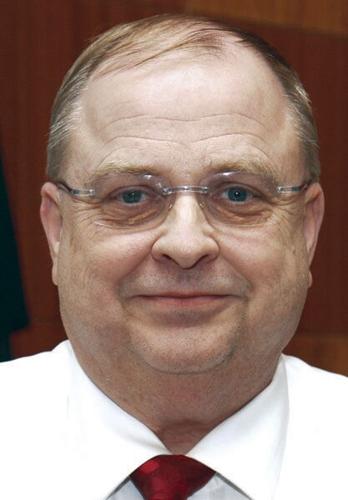