SIOUX CITY -- The first week of March, 1980, Denny and Pat Wright made a special trip from their home in Hull, Iowa, to Sioux City.

There was something new in town the couple had to see -- the Southern Hills Mall, 4400 Sergeant Rd.

"Oh my gosh, it was a huge deal for Sioux City to get a mall!" Denny Wright recalled as he and Pat walked around the mall Friday afternoon. The couple now lives in Sioux City; they still walk the mall and shop there.

This past week marks 40 years since the opening of the Southern Hills Mall, which at the time boasted 716,135 square feet of space. The mall has since expanded to 794,010 square feet.

FLASHBACK: Looking back at the Southern Hills Mall's 20-year anniversary

At its opening, the $21 million mall housed more than 75 outlets, including the restaurants at the food court. The mall had already hit an occupancy of about 70 percent by its first week; mall officials at the time projected it would be 95 percent occupied within six months.

Stores that had been mainstays of the city's downtown for decades, including Sears, Younkers and the Fantles women's store, opened locations in the mall. Target was one of the three original mall anchors, opening its first Sioux City location there. A Walgreens drugstore was also one of the original tenants.

Across the U.S., shopping malls and the individual brick-and-mortar stores within them have been battered over the past decade as consumers' shopping habits have drifted online and to stores that aren't inside malls. More than 9,300 store closures were announced in 2019, according to CNBC.

Younkers and Sears closed at the mall closed in 2018 and 2019, respectively. The Sears location remains vacant despite rumblings of possible re-development of the space, while part of the Younkers store is now occupied by the discount It's $5 store.

Despite a smattering of other vacancies, the mall has no fewer stores than it did when it opened, if food court locations are taken into account.

Other early tenants of the mall were household names in their day -- Florsheim and Thom McAn shoes, the B. Dalton Bookseller, Peck & Peck women's clothing, the Bishop Buffet.

Look back: 8 times Southern Hills Mall was in the news in 2019

Only a handful of the mall's original tenants remain to this day, including Greenburg's, Helzberg and Riddle's jewelry stores, Claire's ear piercing boutique, GNC, the Spencer Gifts store and the Orange Julius in the food court. The movie theater remains at the mall, though it operates under different ownership.

JCPenney, now an anchor store, was still downtown when the mall opened; the department store clung onto its Fourth Street location until 2004.

Eric Butler, assistant manager at the Riddle's Jewelry store, started working at the Sears in the Southern Hills Mall in 1987, when he was in high school, and stayed there until 1994. He was about 9 years old when the mall opened.

"Sioux City had a mall, come on, it was super exciting," said Butler, who's been with Riddle's for 14 years. Butler's uncle, Bill Haase, was a general manager at the mall for many years.

"I thought it was really cool, being a kid," Butler added. "Big boost to the economy, too, I think."

For Bob Knowler, the opening of the Southern Hills Mall was a bonanza. In 1967 he opened the Black Knight, a men's clothier which later became one of the original mall tenants.

Before the mall opened, Knowler ran three Black Knight locations, in Peters Park, Indian Hills and Sunset Plaza. The rent on these locations increased steadily during the inflation of the 1970s.

"I consolidated everything into the mall the day it opened," said Knowler, 83, a former Woodbury County treasurer. "It cut my occupancy expense by about 80 percent."

He saw about a 40 percent increase in business by moving to the mall, despite only having one store rather than three. Knowler sold the Black Knight in the 1980s.

During the 1970s and 1980s, a mall was something of a must-have for metropolitan areas, as the public's desire to shop in a traditional downtown setting was waning. In the late 1970s there were suggestions of building two shopping malls in Sioux City, one in the downtown and one in Morningside.

But local leaders had been opposed to a shopping mall, fearful it might damage the downtown's fragile retail trade. Sioux City shoppers of the time were already known to drive to other cities to shop at malls.

In November 1978, a delegation of Sioux City residents, including Mayor Don Lawrenson and Councilman George Cole, visited an enclosed shopping mall in Mankato, Minnesota, and were reportedly impressed by what they saw there. The trip was organized by a developer that was planning to build a shopping mall in Sioux City.

Photos: Sears stores in Sioux City through the years 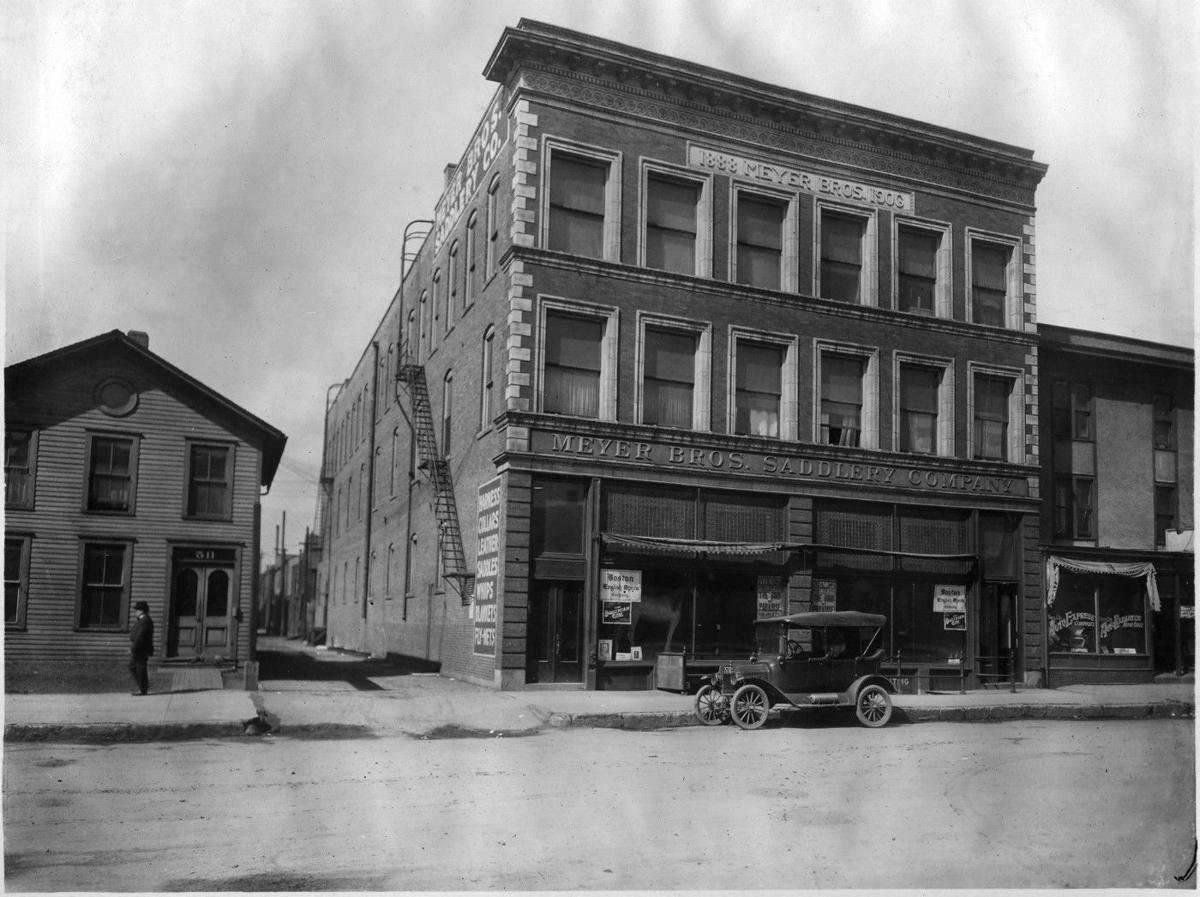 The Meyer Bros. Saddlery building is shown at 513 Douglas St. in 1908. Sears, Roebuck and Co opened its first Sioux City store in the building in 1928. Sears's 91-year run in the city will end this week when the troubled retailer shuts down its Southern Hills Mall store. 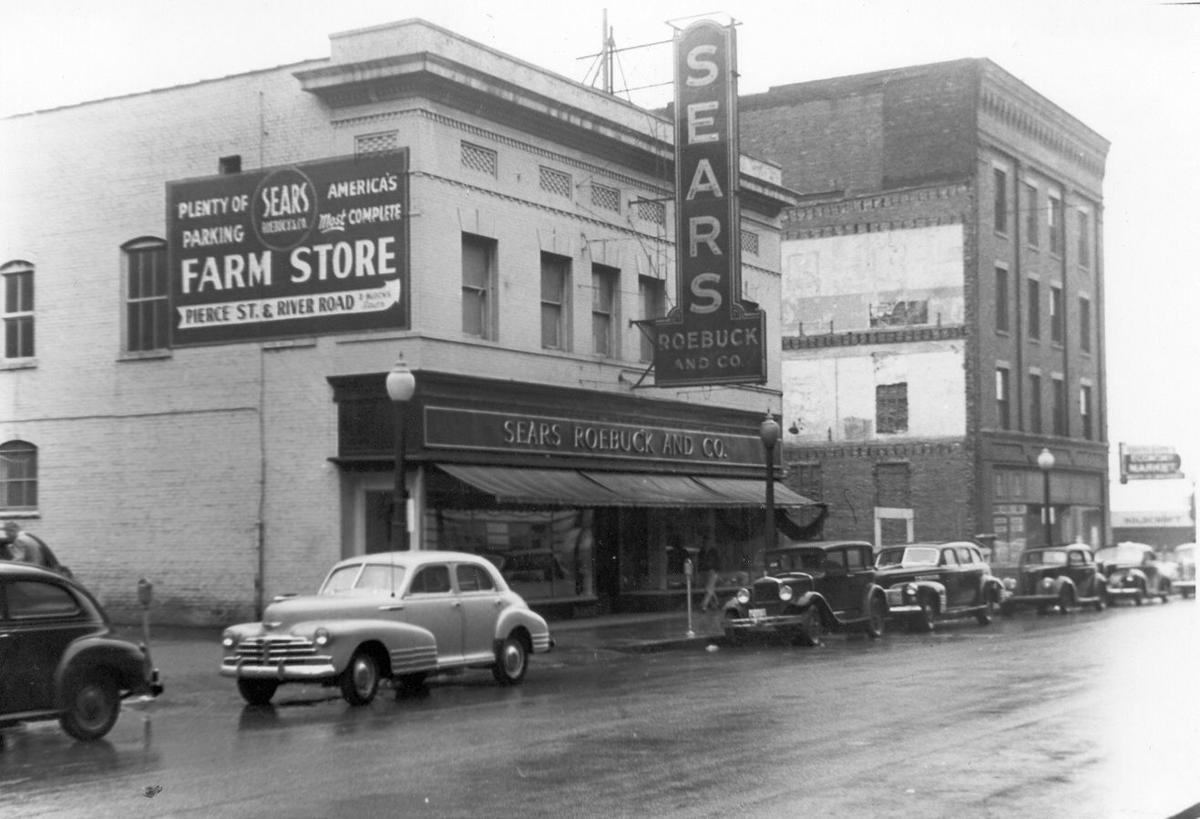 The Sears store at 310 Pierce St. in downtown Sioux City is shown circa 1946, prior to a major expansion and remodeling of the store in 1949. 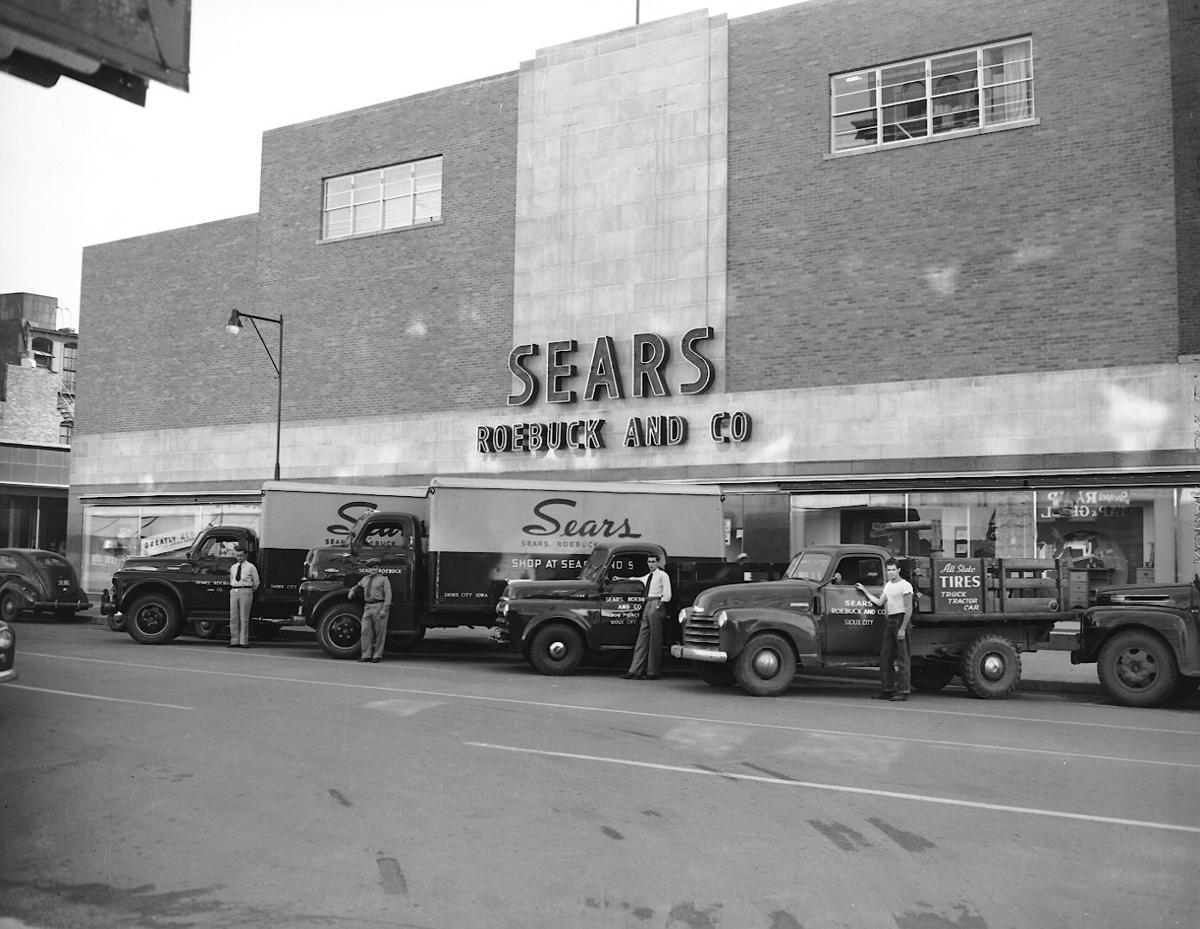 Sears, Roebuck and Co. store at Third and Pierce Street is shown in March 1949. Sears operated downtown for 52 years before moving to the Southern Hills Mall in 1980. The mall store will be shuttered this week. 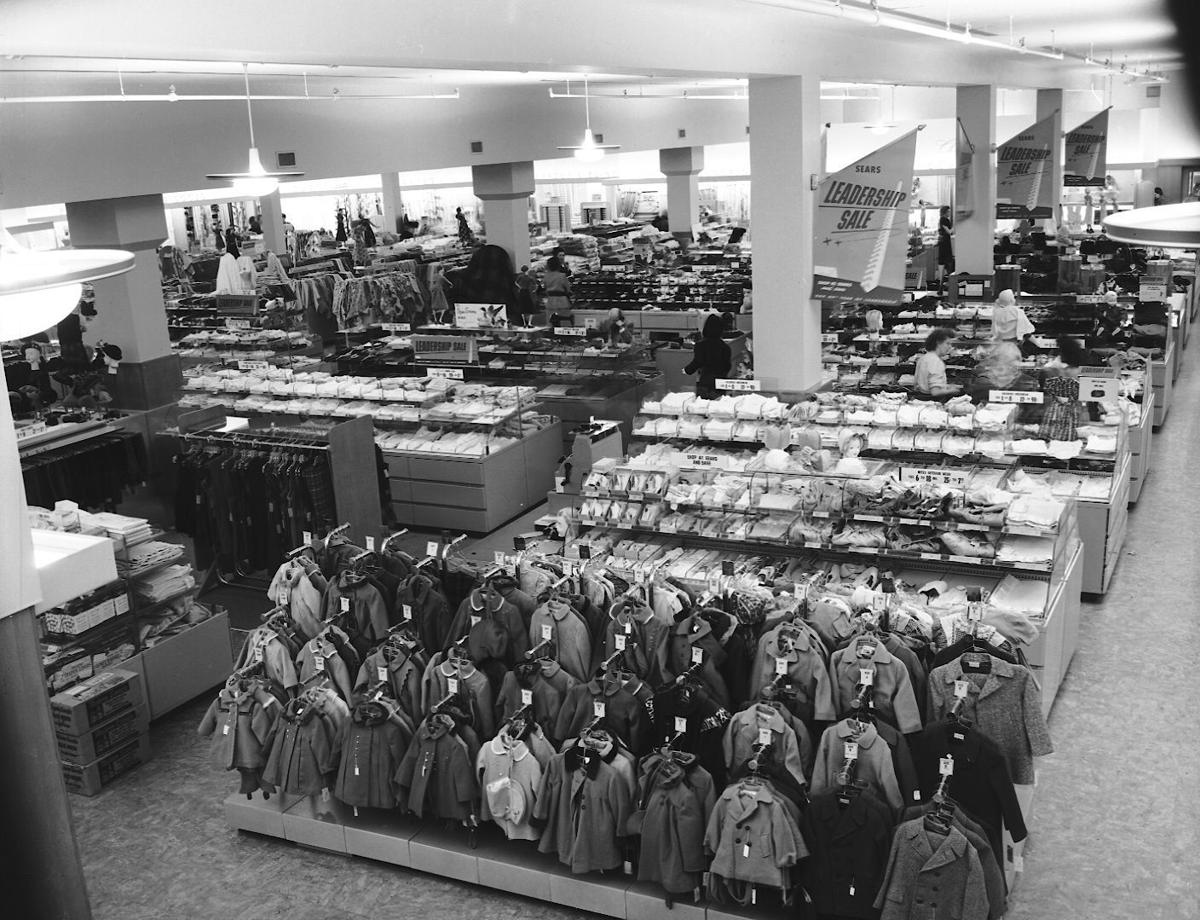 The interior of the Sears store at Third and Pierce streets is shown in March 1949. 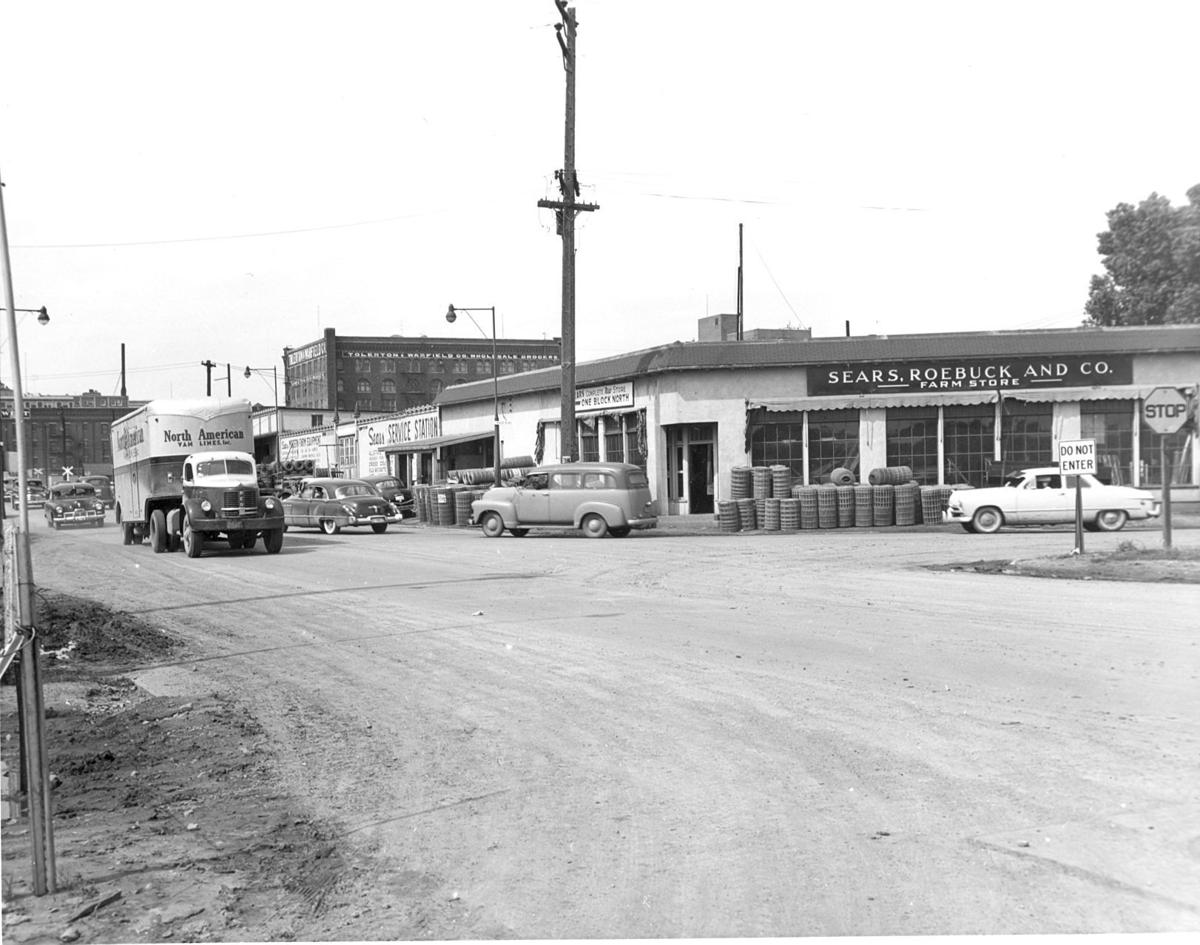 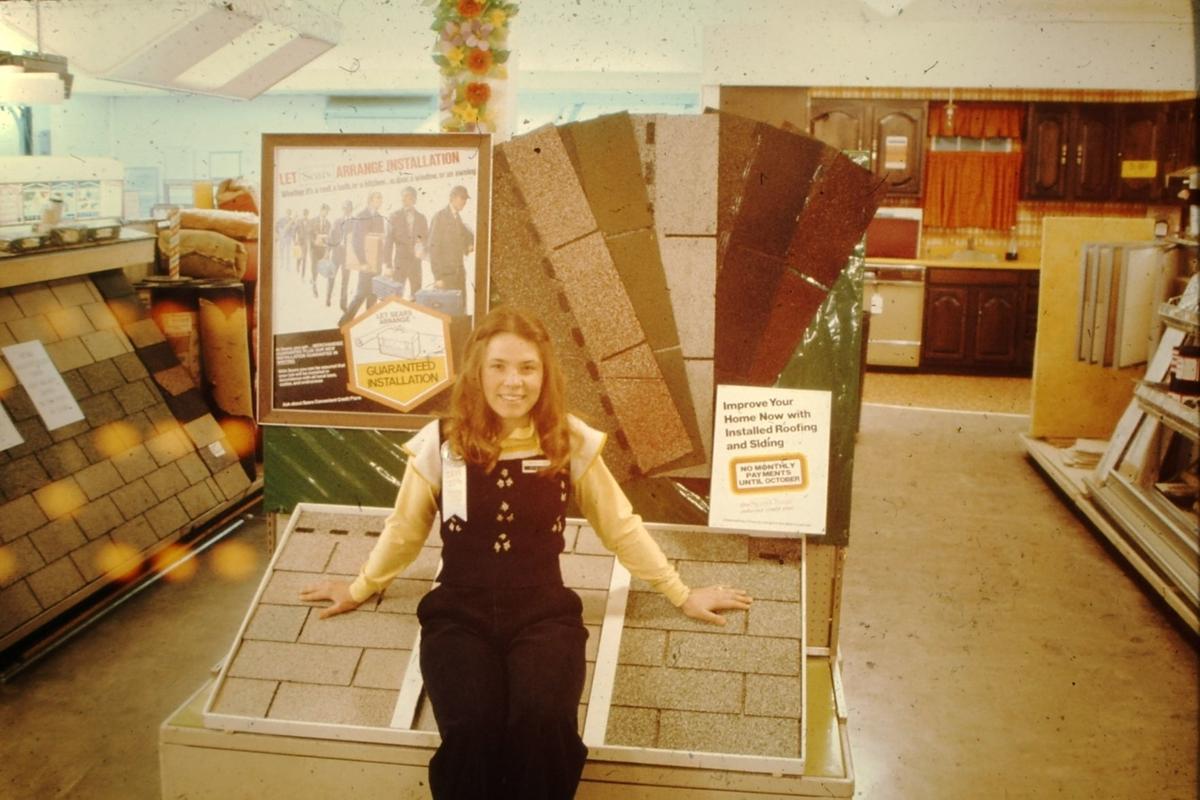 A Sears employee is shown on a display of roofing materials in a circa 1973 photo o the store in downtown Sioux City. 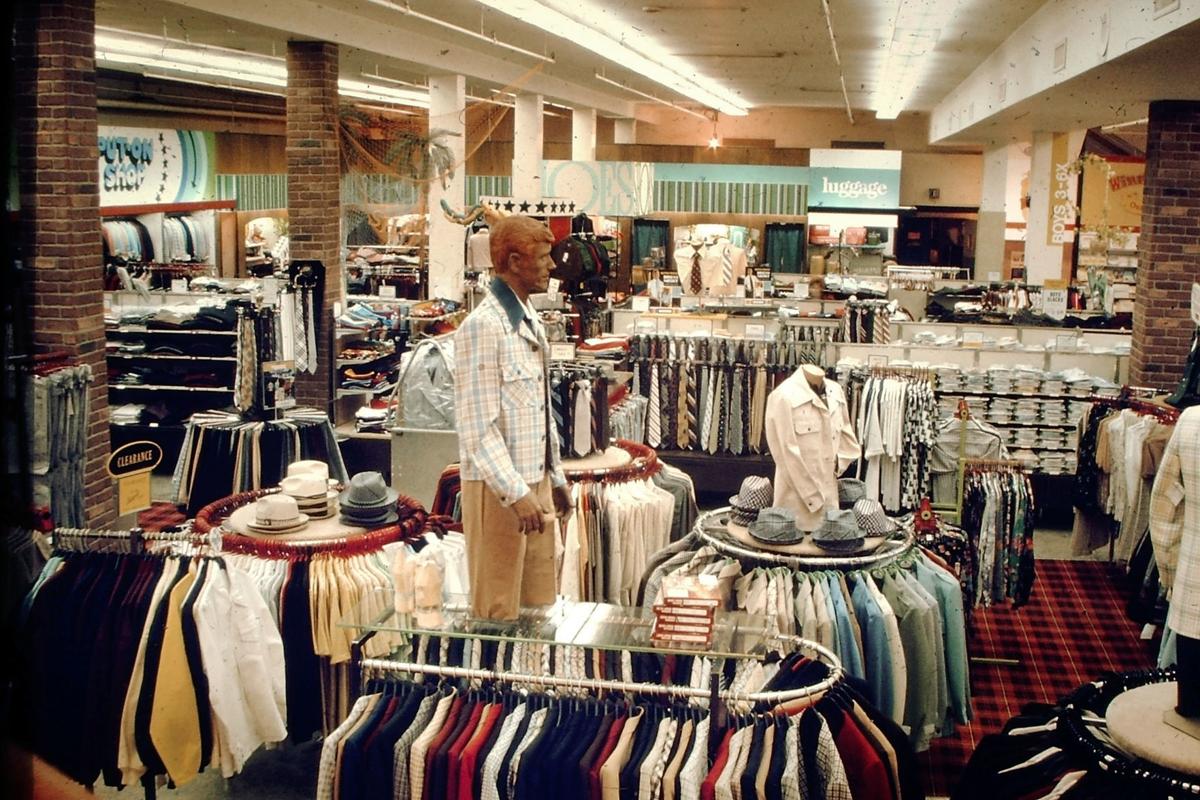 The interior of the Sears store at Third and Pierce streets in downtown Sioux City is shown in circa 1973. 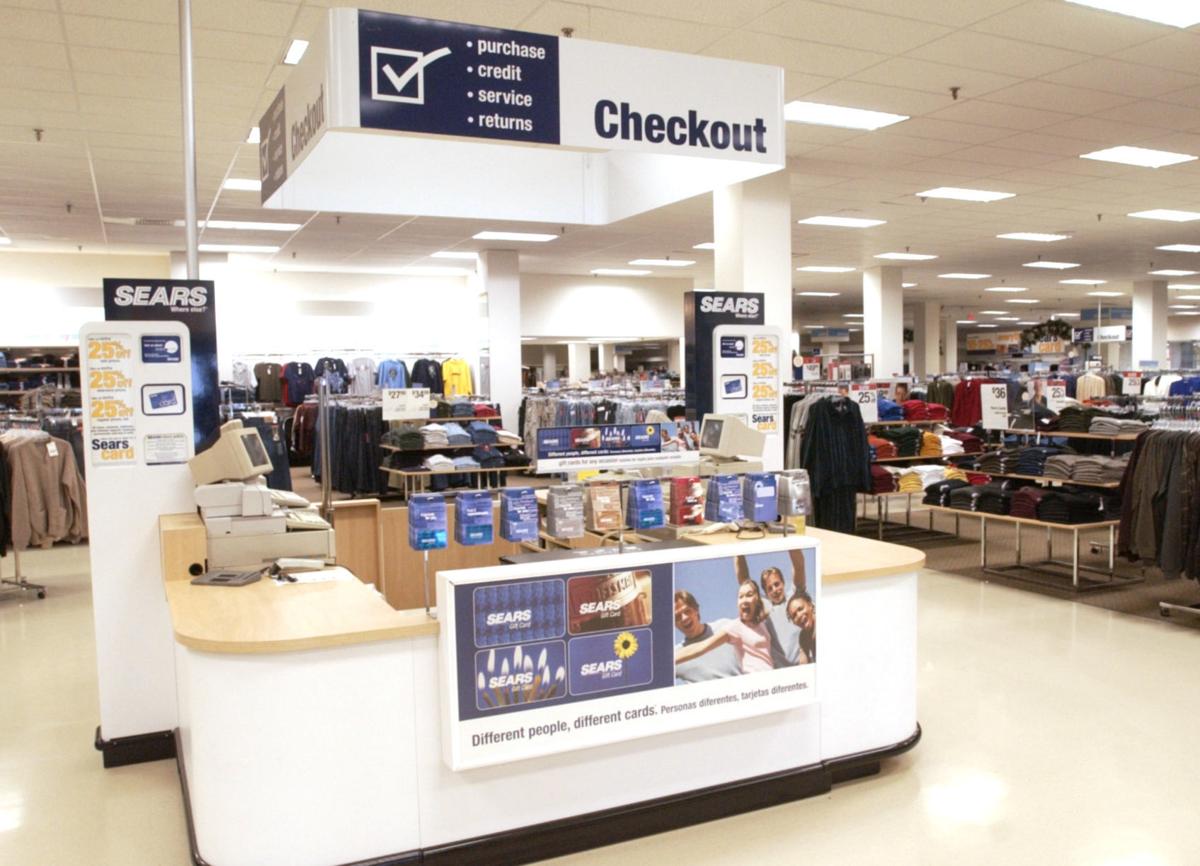 A checkout counter is shown at the Southern Hills Mall Sears store in Sioux City in this 2002 file photo. The store's interior has changed little since this photo was taken. 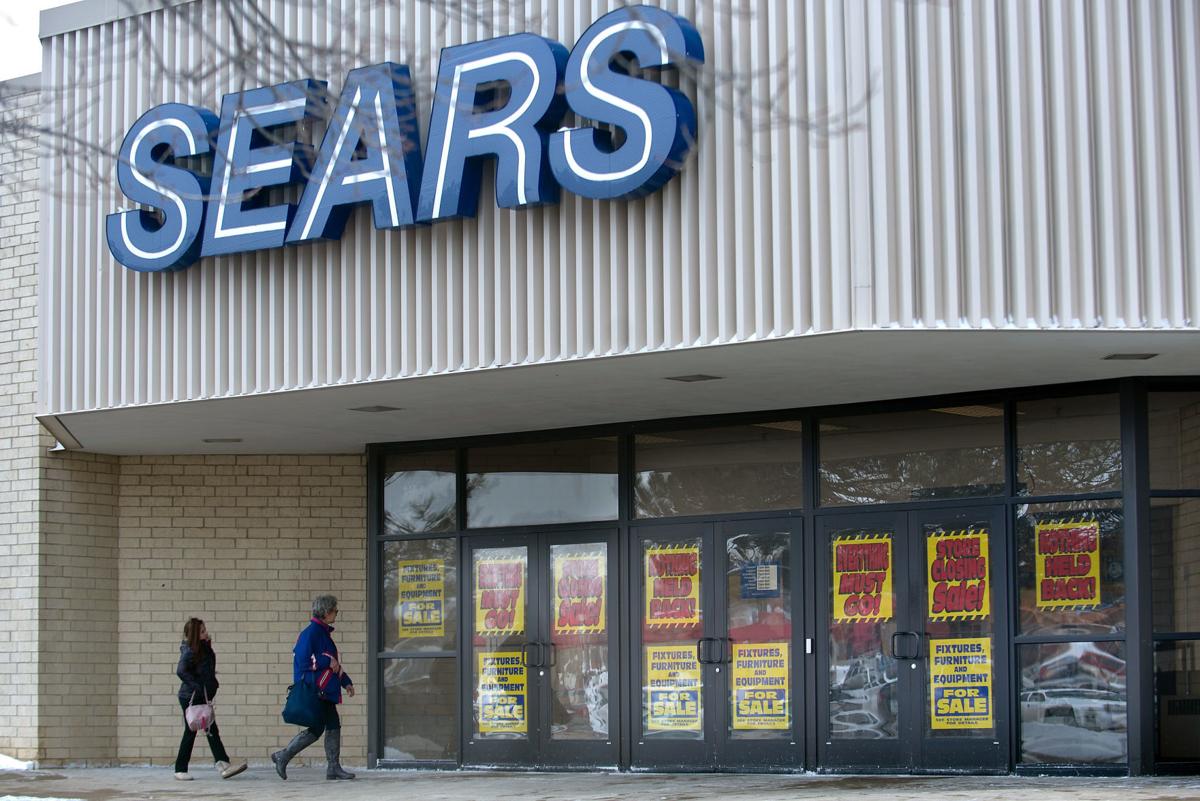 The delegation couldn't help but notice the Mankato mall's high occupancy rates, and the willingness of stores there to fork over large sums of money for improvements.

"The reason the mall opened is because, that was the national desire. Sioux City tried everything they could think of to make people go downtown (to shop). Well, they didn't go downtown, they went to Omaha, and Sioux Falls, because they wanted to shop in an inside mall," Knowler said. "The difference today is, people don't want to go in and walk for a block inside the mall."

Former Woodbury County board member Larry Clausen's wife, Dorothy, operated the Flowerland flower shop, another of the original mall tenants. Her parents, Walter and Mavis Hendrickson, first opened Flowerland on Morningside Avenue in the mid-1960s. Dorothy took over the shop in the mid-1970s.

The Flowerland in the Southern Hills Mall was a "satellite store," right across from the Orange Julius, said Larry Clausen, 80. Dorothy Clausen died in 2018.

"In those days, you built your own store, inside the mall," Clausen said. "It was just a big, empty building."

"It was brand new, all the shops there were new, the food court was new, everything was new," Clausen said of the early days in the mall. "And, the (foot) traffic was unbelievable. Because it was the only mall."

Editor's note: This story originally appeared in the March 5, 2000, edition of the Journal, commemorating the 20-year anniversary of the openi…

The announcement came only one day after news that the discount department store Gordmans would be closing its Lakeport Commons location "in the near future." Just a month earlier, Sioux City's Pier 1 location announced its impending closure.

FROM 2000: For Miller, Southern Hills' more than a mall

Editor's note: This story originally appeared in the March 5, 2000, edition of the Journal, commemorating the 20-year anniversary of the openi…

Iowa has its first 3 cases of coronavirus

The three people are all residents of Johnson County who recently returned to Iowa from an Egpytian cruise. Two are ages 61-80; one is between 41 and 60, state officials said.

Both AMC Theaters and Omaha-based Main Street Theaters, operator of the Promenade Cinema, say the temporary closings are in compliance with local, state and federal directives. 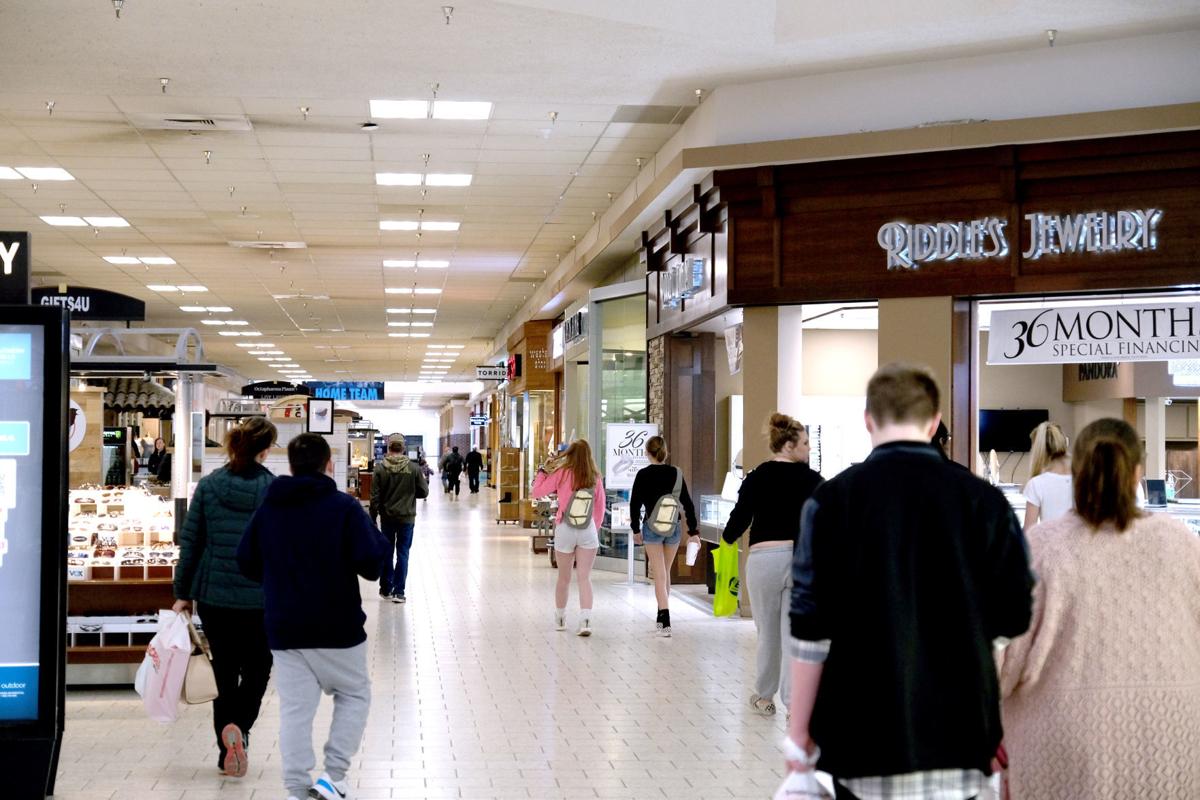 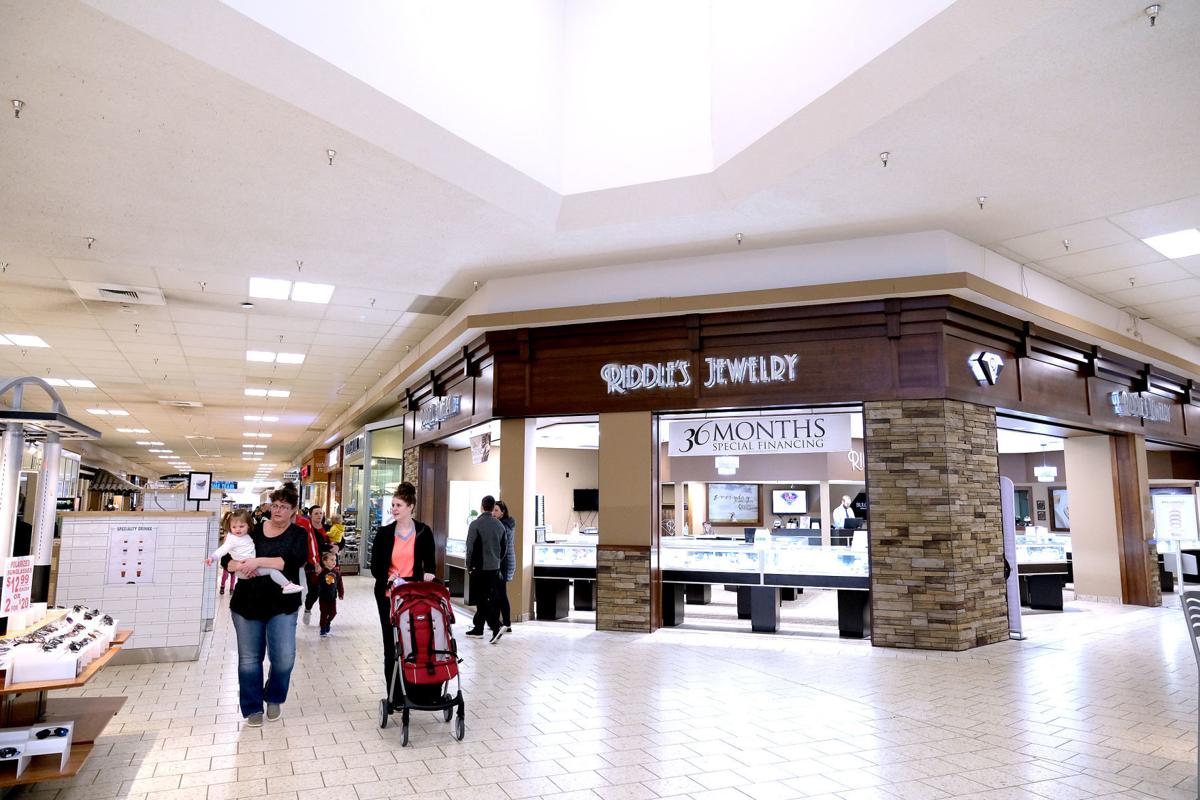 The Southern Hills Mall opened during the first week of March, 1980. When it opened, the mall drew in retailers that had long maintained a downtown presence in Sioux City. 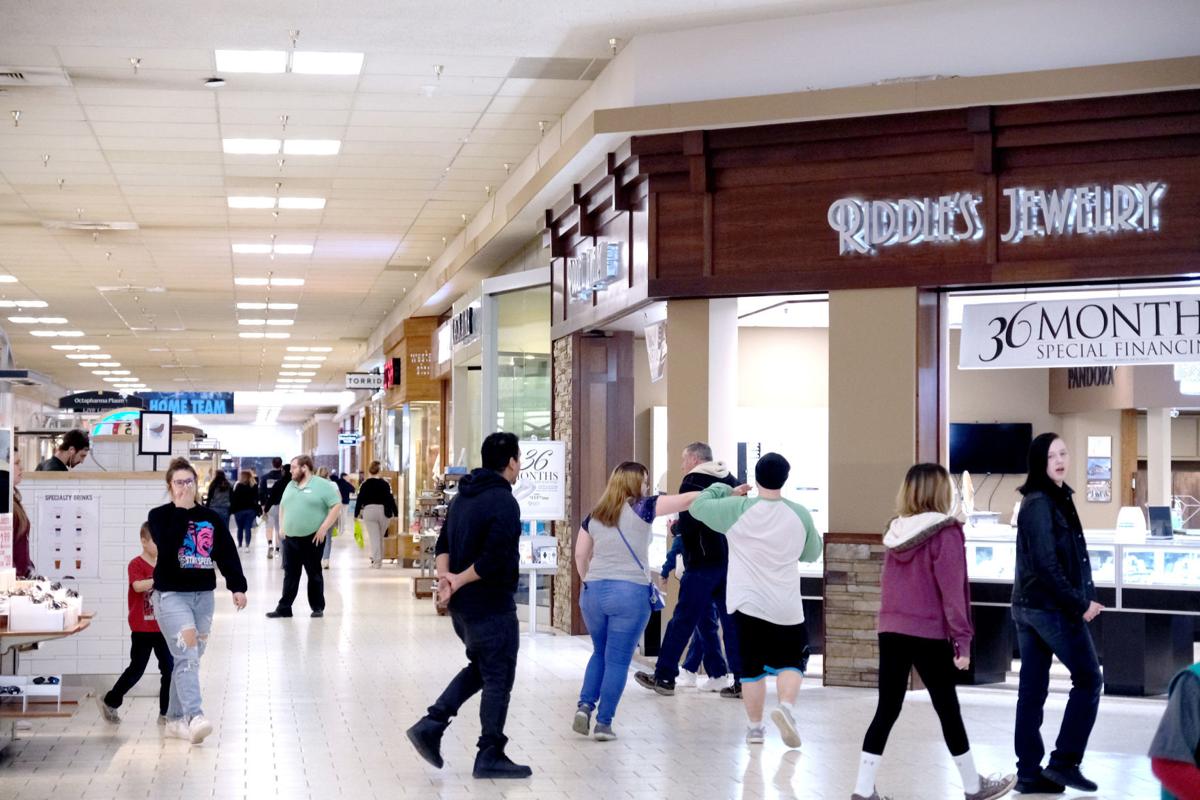 People walk through Southern Hills Mall on March 6 before it closed because of the novel coronavirus. The mall's manager has announced that the mall will reopen on Wednesday.