OMAHA -- Residents living near the Missouri River, especially in Siouxland and to the north, should have few worries about seeing the river out of its banks this year.

Below-normal snowfall in the Rocky Mountains that fill the Missouri's tributaries, combined with below-normal precipitation so far this year and forecasts of a dry summer throughout much of the basin above Sioux City have reduced the threat of flooding.

"The flood risk over much of the Missouri River Basin is below normal," said Kevin Low, a hydrologist with the National Weather Service's Missouri Basin River Forecast Center.

During his presentation at the U.S. Army Corps of Engineers' annual spring public meeting Tuesday afternoon, Low said precipitation in Montana and the Dakotas has been well below normal since Oct. 1. Precipitation outlooks for the next six months vary from normal to below normal across the upper basin.

Those conditions likely will lead the corps to face drought-related decisions rather than the flood-related concerns that the corps has faced much of the time since 2018.

"2021 is quite likely going to be different than the previous three years," Brig. Gen. Pete Helmlinger, commander of the corps' Northwestern Division, said in his remarks opening the meeting, which was held virtually rather than in person. A second virtual meeting was conducted Tuesday evening.

Localized flooding is always possible throughout the spring and summer after heavy rains, Low said, and some areas of the river basin have seen minor flooding this year.

Judging from the lack of questions posed to corps officials from the public and media about flooding, it's not the burning topic it has been at previous meetings in which corps officials faced sometimes angry questioning about the corps' flood-control measures.

Questions Tuesday focused on whether there would be enough water later in the year to support navigation on the river's lower reaches and irrigate crops in Montana and North Dakota.

For now, the reservoir system, with its whole flood control capacity available to hold melting snow and spring rainfall, is primed to meet all its needs, said John Remus, chief of the corps’ Missouri River Basin Water Management Division.

That all could change if dry conditions persist. Among the range of projections shown Tuesday, the most dire showed upper-river reservoirs dropping below the flood control zone before the end of the runoff season, a condition that could lead to the corps reducing river flows earlier than usual to keep lakes at desired levels.

The corps on Tuesday lowered its forecast for annual runoff in the river's basin above Sioux City to 21.3 million acre-feet, which is 83% of average. The runoff forecast has continued to decline since the beginning of the year, when the corps had forecast 23.1 MAF. The average annual runoff is 25.8 MAF.

Mountain snowpack as of April 1 was 88%-94% of average and appears to have peaked last week, two weeks earlier than the April 15 average. March precipitation for much of the region above Sioux City was less than 50% of normal, though some areas of Iowa and Nebraska saw significant precipitation. Snowmelt and rainfall in much of those regions empties into the Missouri River below the reservoirs.

Water releases from Gavins Point Dam near Yankton, South Dakota, were increased to 29,000 cubic feet per second in late March to begin river flow support of the downstream navigation season, which began on April 1.

INWOOD, Iowa -- The emerald ash borer has been confirmed in three more Iowa counties, including Lyon County in the northwest corner of the state.

CHEROKEE, Iowa -- A Cherokee couple reported missing on Monday was located Tuesday afternoon after the two were involved in a traffic accident…

ROCK RAPIDS, Iowa -- The Iowa Department of Natural Resources is monitoring the impact of a manure spill that reached Mud Creek northwest of R… 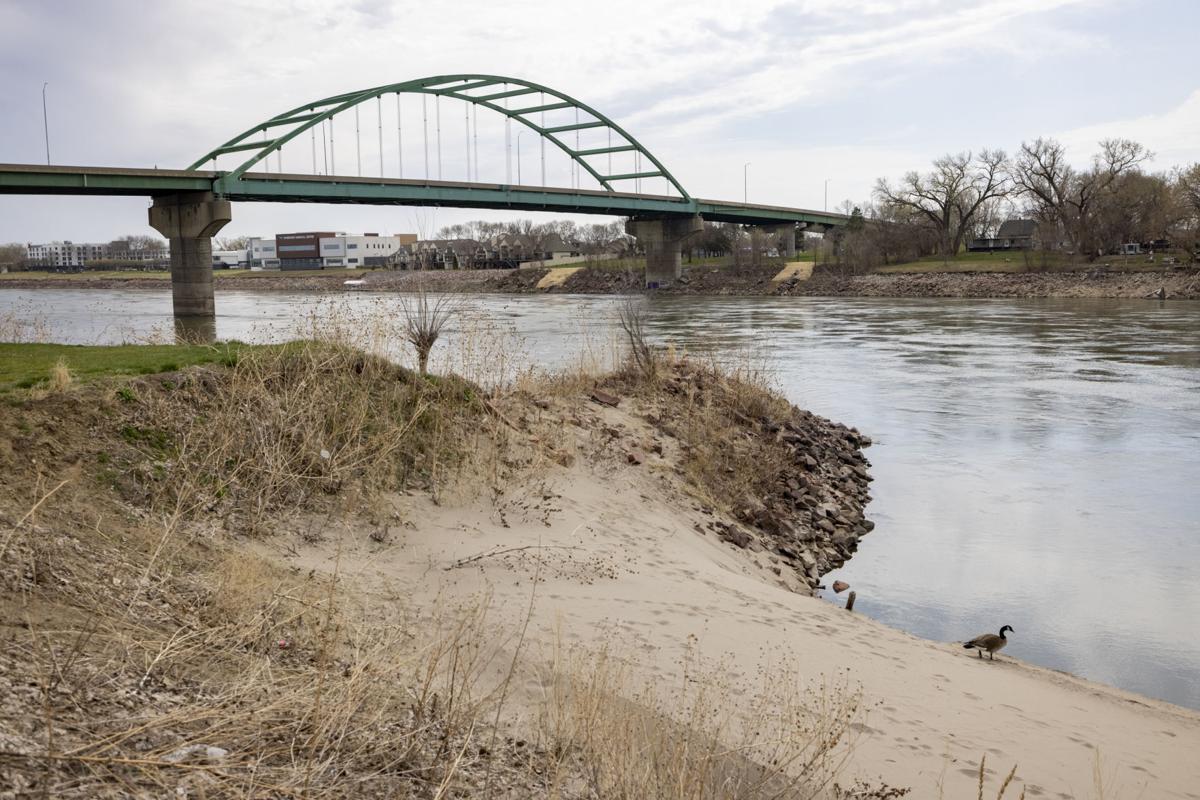 The Missouri River flows through Sioux City near Veterans Memorial Bridge. During the U.S. Army Corps of Engineers annual spring river management meeting April 6, officials said the threat of flooding along the river is below normal this year because of below-average precipitation and forecast dry conditions.

The Missouri River flows through Sioux City near Veterans Memorial Bridge. During the U.S. Army Corps of Engineers annual spring river management meeting April 6, officials said the threat of flooding along the river is below normal this year because of below-average precipitation and forecast dry conditions.