SIOUX CITY | U.S. Rep. Steve King isn't certain when his next town hall in Iowa's 4th District will be held, but the Republican said he's concerned about paid protesters turning up to disrupt other public meetings hosted by GOP members of Congress.

"People come in and, you know, they are angry and shouting and on the borderline violent," King said in a Journal interview this week. "That just discourages the kind of dialogue that can make our country better. The people on the left, that may be the only card they think they've got to play. But they are actually hurting the system and to a degree they are undermining the election process."

The town hall meetings have gotten raucous in Iowa and nationally. People dismayed with the opening weeks of complete federal government control by Republicans and President Donald Trump have vented about health care and other issues.

King said some people at the events are paid by liberal groups backed by Democratic billionaire George Soros.

The fact-checking organization PolitiFact notes that other Republican officials who have made similar allegations have provided no evidence to support their claims. "It’s possible some protesters somewhere may be paid, but there’s zero evidence of a wide-ranging conspiracy to bring in paid activists to disrupt meetings," PolitiFact reported last month.

King initially said he held town hall meetings in Emmetsburg and Estherville on March 4. When questioned further, he acknowledged they were Saturday morning forums for state legislators who represent the Iowa Great Lakes region. The Eggs & Issues forum hosted by the Emmetsburg Chamber of Commerce drew about 100 people.

"I shared those venues with a state representative and state senator in each of those cases. We just did a typical town hall," King said.

"..There was some contention that was there. But I also know that some of those people that came were sincere and they were legitimate and their arguments needed to be heard."

At an Iowa Falls forum, Grassley was frequently interrupted by attendees shouting questions, insults and “do your job” chants, but the veteran Republican senator said it was a great example of “making the process of representative government work."

King said he wasn't sure when in his busy schedule he might next have a next town hall.

"I'm not sure I want to tell you, Bret," King told a Journal reporter, chuckling, "because you might want to advertise and people are gonna come from a long way with grievances that are ginned up by the national movement to try and make town hall meetings miserable. That's what causes my hesitation. I want to do the town hall meetings -- I'm not afraid of any of that -- but neither do I want to encourage the kind of things that have happened around the country."

His office on Friday said King will meet with constituents this weekend but no public meetings are scheduled. A King spokeswoman said he likely would hold a town hall by the end of March.

U.S. Rep. Steve King, R-Iowa, started a controversy Sunday when he tweeted that America "can't restore our civilization with somebody else's b…

After controversial comments last week by U.S. Rep. Steve King, R-Iowa, one of the two Democrats who is exploring a 2018 congressional run has…

In the churning, evolving machinations by majority party Republicans to come up with a replacement plan for the 2010 Affordable Care Act this …

SERVING HER COUNTRY: Guthridge learned to cook during stint in Coast Guard

MOVILLE, Iowa | Mary Lou Guthridge has had a series of firsts in her life of military service.

SIOUX CITY  -- In a sharp turnabout from his past stance, Rep. Steve King committed Friday to holding at least one town hall meeting in each o… 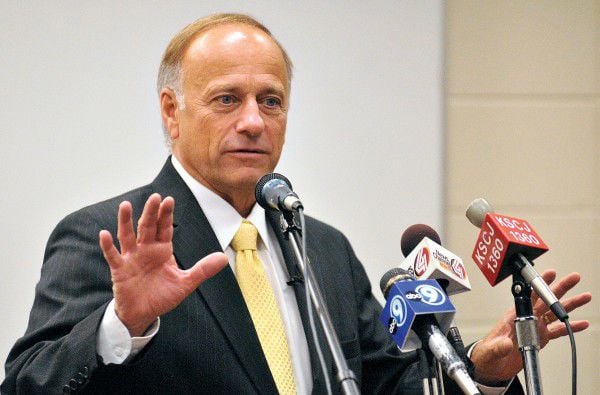 U.S. Rep. Steve King, R-Iowa, speaks at a town hall meeting in Sioux City in August 2010. King on Jan. 4 said he would hold town halls in each of the 4th District's 39 counties in 2019. The first two dates are Thursday and Saturday, but King has not yet released the places or times. 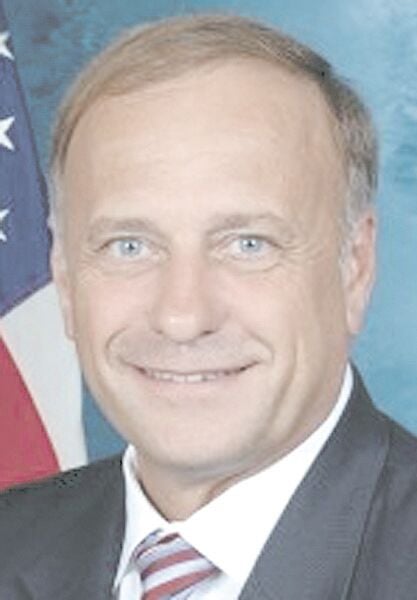