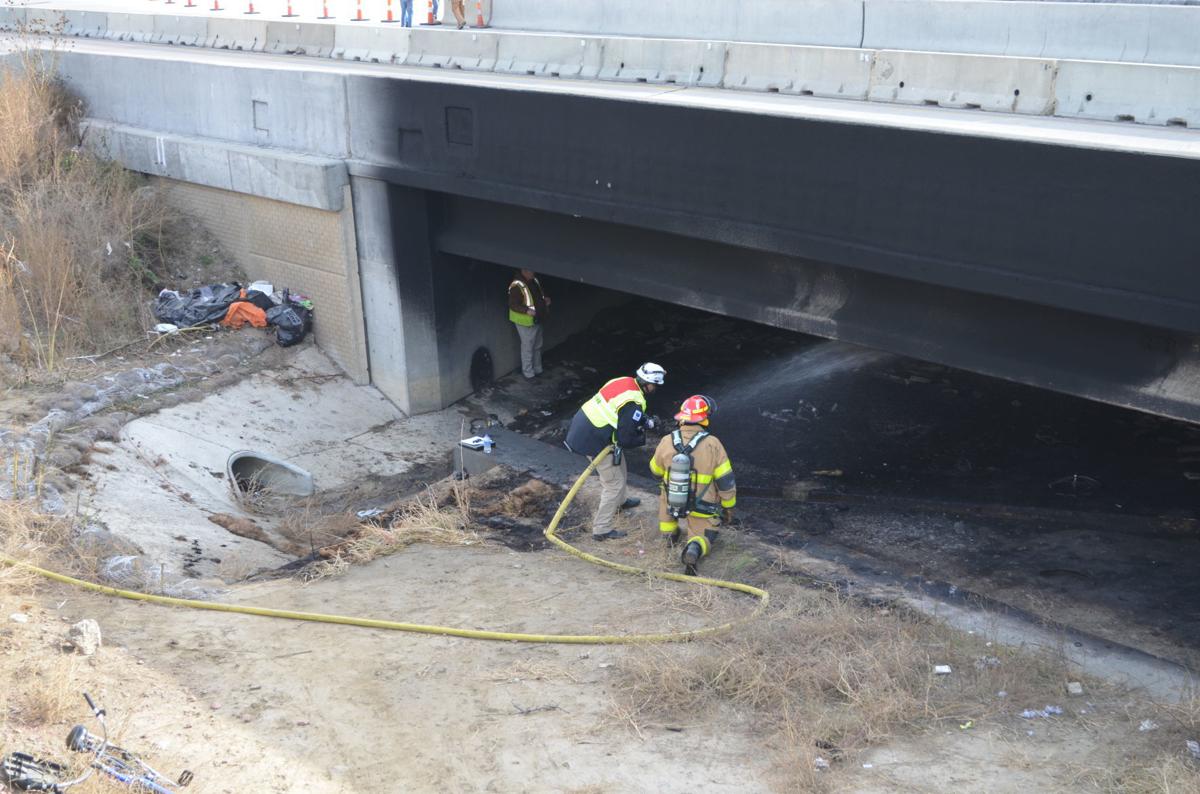 SIOUX CITY -- A fire in a homeless campground under an Interstate 29 bridge in downtown Sioux City Wednesday afternoon caused traffic diversions and left the bridge darkened with smoke and soot.

Sioux City Fire Rescue crews were dispatched to the 100 block of Pearl Street for a reported gas leak shortly before 2 p.m. While en route, crews noticed smoke coming from underneath an I-29 culvert bridge just south of the overpass at Wesley Parkway.

Investigation continues into Monday morning house fire on west side

"The fire was started in some transient campground area, underneath the bridge, but we don't exactly know at this time what started the fire," said Sioux City Fire Rescue Capt. Ryan Collins. There was no one under the bridge at the time and none of the emergency responders were injured.

"That quickly increased the size of the fire," Collins said.

Northbound and southbound lanes of I-29 were closed and traffic detoured off of the interstate while the Iowa Department of Transportation inspected the bridge. The southbound lane reopened in the afternoon, and northbound traffic was routed onto southbound lanes around the affected bridge at 8 p.m. Police said Wednesday night that the traffic shift may cause some delays during the morning and evening commutes.

It was not immediately clear whether, or to what extent, the bridge was damaged.

A transit official says it's too early to speculate on the degree of damage the culvert bridge sustained after Wednesday's fire. But, he said, early findings have confirmed the bridge sustained more than the black soot marks visible to the eye.

SIOUX CITY -- No one was injured Thursday when a fire broke out at a home on the city's north side.

OTO, Iowa -- No one was injured when a small fire occurred in a grain elevator on a farm property about two miles north of Oto on Friday.

IDOT report: Some I-29 bridge beams damaged in fire should be replaced

The fire was ignited in a homeless encampment beneath the box culvert bridge over the Perry Creek Conduit, just to the south of the Wesley Parkway overpass. Northbound I-29 traffic has since been constricted along the bridge.

The cause of the fire is under investigation. The house was vacant, but no suspicious activity is suspected, a fire official said.