SIOUX CITY -- A man and a woman have died from injuries they suffered when a fire broke out early Thursday morning at a rental home on Sioux City's west side.

As of Thursday afternoon, a second man remained in critical condition at MercyOne Siouxland Medical Center. Authorities have not yet released the names and ages of the victims, who were found in the basement of the one-story home at 1819 W. First St.

The occupants of the main floor of the home escaped unharmed.

Authorities were still investigating the cause of the fire Thursday.

During an afternoon news conference, Sioux City Fire Marshal Mark Aesoph said investigators were unable to recover any working smoke alarms from the home, registered as a rental with the city and last inspected in 2019. Aesoph said the basement had small windows, but none of them were egress windows.

At 7:42 a.m., Fire Rescue responded to the blaze, which was reported by a neighbor. When firefighters arrived, Aesoph said the main floor tenants were outside. He said the home's owner does not live there. The property is owned by Larry Eisenhauer, according to records posted on the Sioux City Assessor's website.

"Firefighters entered the basement and encountered heavy fire and smoke. While extinguishing the fire and searching the basement, they discovered three adult victims -- two males and one female," Aesoph said. "The first victim that was removed is the one that is still in critical condition."

All three victims were taken to MercyOne. One of the male victims and the woman later succumbed to their injuries.

Aesoph said investigators are looking at "a couple possible ignition sources" of the fire and have spoken to the property owner. Aesoph said all rental properties are required to have working smoke alarms.

The home has been red tagged.

Aesoph urged Sioux City residents to make use of the Smoke Alarm For Every Home program, through which firefighters survey a home to look for ways to make it safer, provide a home safety guidebook and install smoke alarms. Appointments can be scheduled by calling 712-279-6377.

"If you need smoke alarms, please call our office," he said. "If you have smoke alarms in your home, we implore you, please check them regularly. Make sure the batteries are good. A smoke alarm is only good for about 10 years. If it's older than 10 years, please replace it."

Flatbed Services building a total loss after fire; no injuries

SIOUX CITY -- Within two years of beginning operation of the EMS Division, Sioux City Fire Rescue has received a three-year accreditation from…

The first two victims of the fire both died the day of the blaze; the third was hospitalized in critical condition. 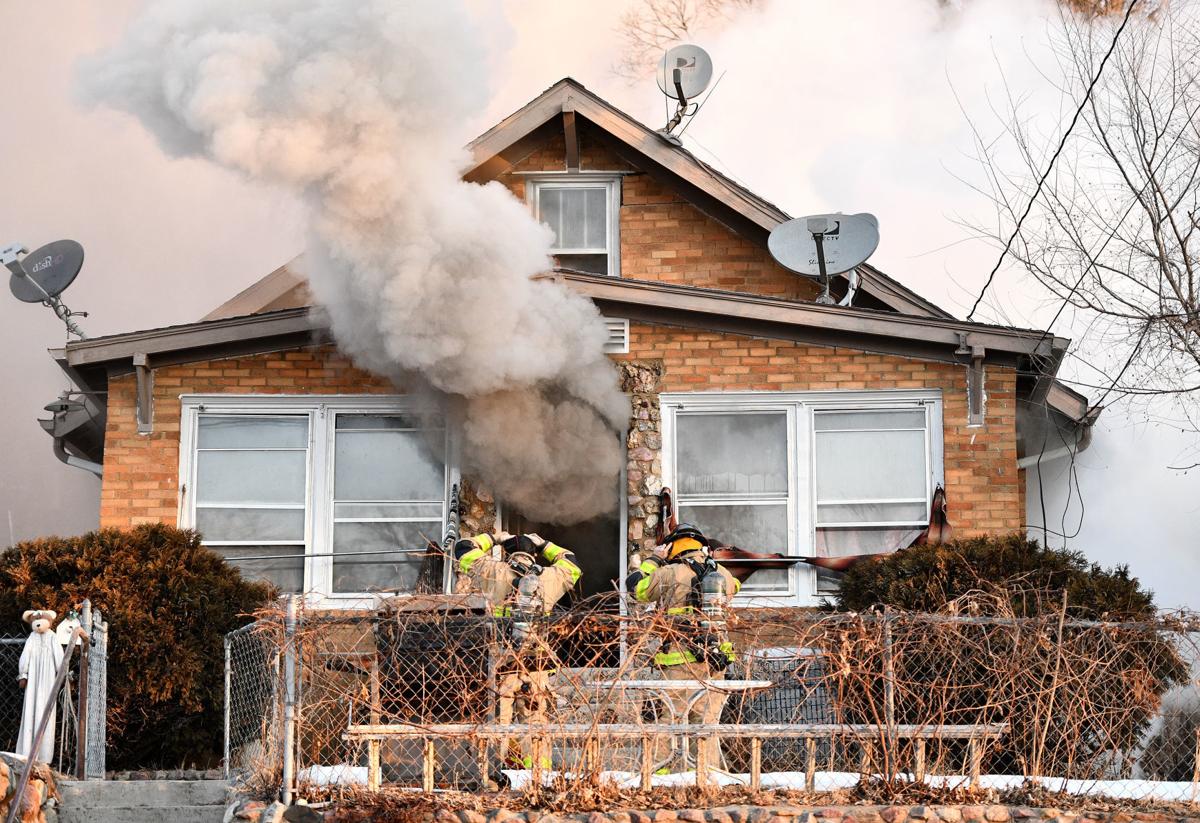 Smoke rolls out the front door as Sioux City Fire Rescue firefighters work at the scene of a house fire at 1819 W. First St. Thursday morning. Three victims were taken out of the home and transported to MercyOne Siouxland Medical Center, according to Ryan Collins of the fire department.

Sioux City Fire Rescue firefighters and paramedics work to resuscitate a victim at the scene of a house fire at 1819 West First Street, Thursday morning, Feb. 6, 2020. Three victims were taken out of the home and transported to MercyOne Siouxland Medical Center, according to Ryan Collins of the fire department.