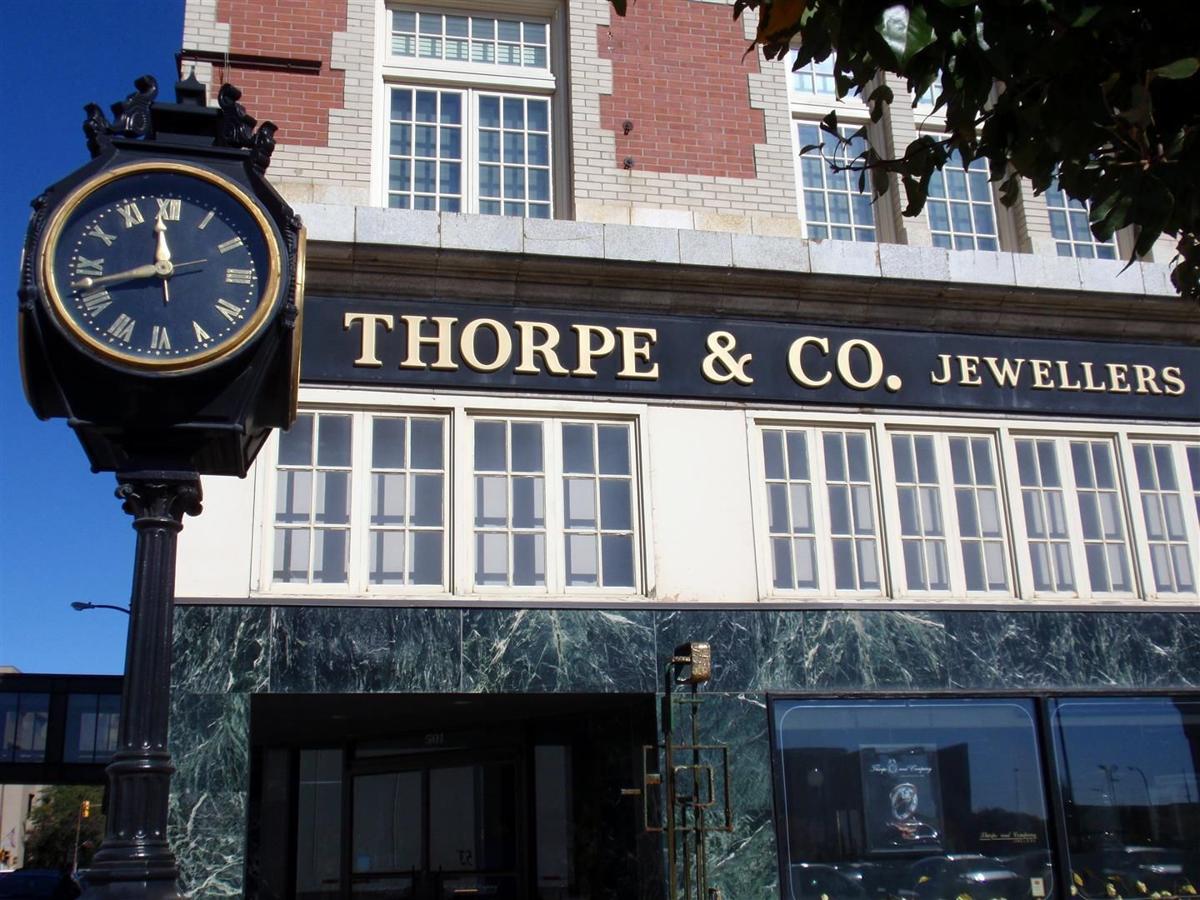 Thorpe and Company Jewellers is seen in this 2017 Journal file photo. The retailer, the oldest in Sioux City, has announced plans to close down. 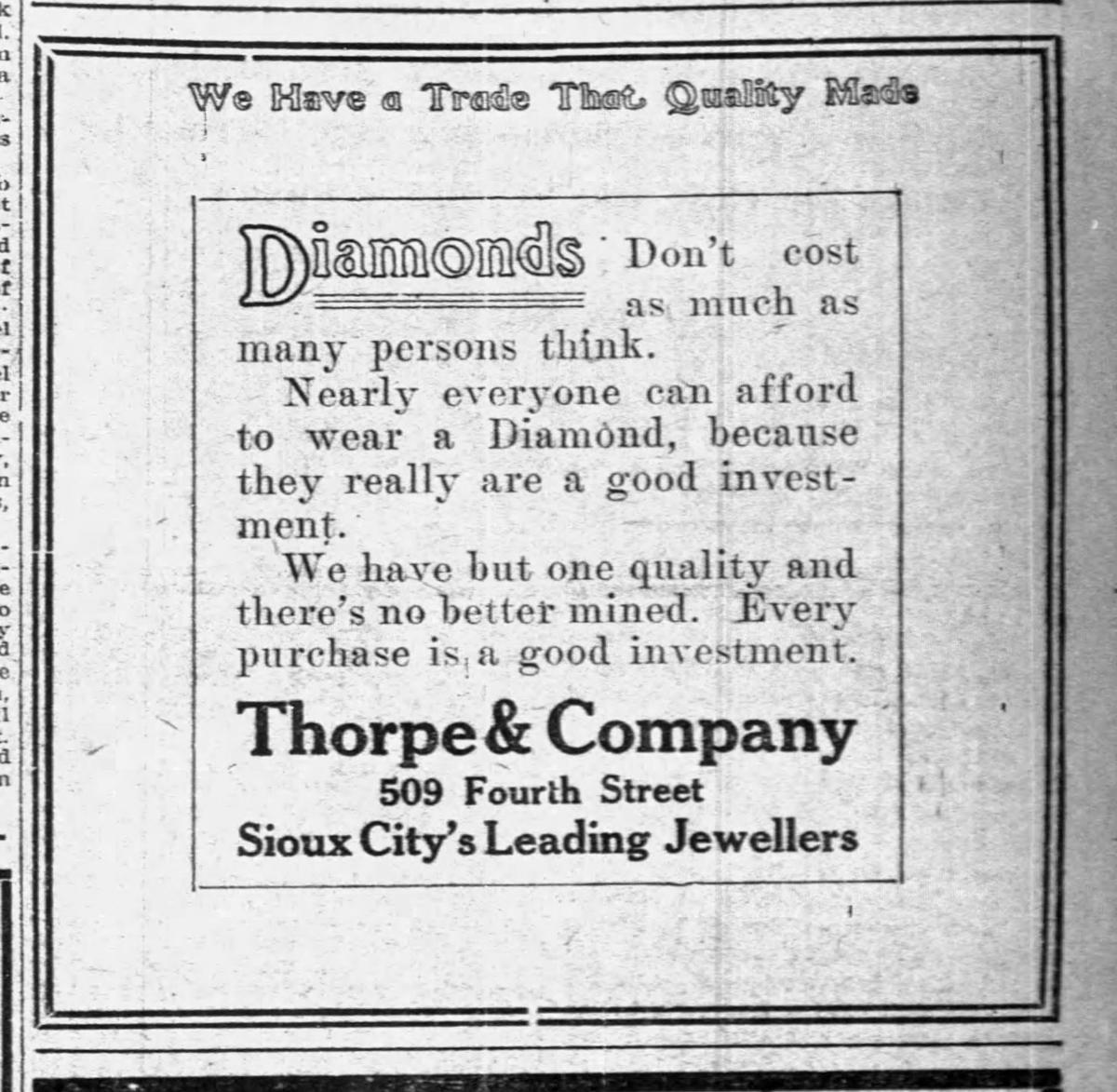 A Thorpe & Company advertisement from July 1913. By this time, the store had adapted the name it would use for more than a century and began describing itself as "Sioux City's Leading Jewellers."

SIOUX CITY -- The oldest retailer in Sioux City has announced plans to shut its doors.

Thorpe and Company Jewellers, 501 Fourth St., a family-run jeweler in downtown Sioux City that opened its doors in 1900, has announced plans to close its doors permanently. Rusty Clark runs the store with his wife, Karen.

The store will begin a "Going Out of Business" sale on Wednesday. The store will remain open for the Christmas season, Clark said in a phone interview on Monday.

Thorpe was opened as Thorpe & Hoberg in 1900 by George Thorpe, Clark's great-grandfather, and Oscar J. Hoberg.

The Floyd Monument wasn't yet built when when Thorpe began selling rings and watches. At the time, the earliest of Sioux City's major retailers -- Davidson Brothers, Pelletier Co., and T.S. Martin & Co. -- were still very much in business. Some major retailers that Sioux City has lost in recent years -- Younkers and Sears -- were still decades in the future when George Thorpe first hung out his shingle, as were others like Montgomery Ward (opened 1929, closed in 1978) and S.S. Kresge (predecessor of K-Mart, opened 1917, closed 1982). J.C. Penney didn't open until 1930.

Some of Thorpe's earliest contemporaries closed down so long ago that their names are obscured to history. But even as others went out of business, Thorpe's jewelry store remained a fixture on Fourth Street, much as the clock that stands in front of the store's entry.

In its earliest advertising, Thorpe promoted the newness of its merchandise -- in a 1901 advertisement celebrating their first anniversary in business, Thorpe's motto was "New Goods for old money, but no old goods at any price." Many early advertisements promoted the store as "The New Jewellers." By 1913, the advertising had shifted, and the store became "Sioux City's Leading Jewellers."

The store had adapted its current name little more than a decade after it opened.

George Thorpe's only daughter, Mae Louise Thorpe, married Wilson Clark in 1922, which is where the Clark name comes from. Rusty Clark, the fourth generation to run the business, grew up in the jewelry shop and worked for another jeweler in Lawrence, Kansas, before returning to Thorpe in 1976.

The store has since branched off into more than just jewelry -- Thorpe also offers fine gifts and housewares and some specialty services. About three years ago they acquired a machine that can engrave or emboss metal, glass, plastic, wood, leather and other materials.

Last November, Clark offered some advice for keeping a store open as long as theirs had been.

"Loyalty to your customers. Honestly, it takes honesty," Clark said. "We have customers for generations."

Correction: A previous version of this story included incorrect information about when the store is closing. It will remain open through Christmas; a "Going Out of Business" sale begins Wednesday.

Younkers history: For many years, Sioux City had two; soon we'll have zero

Gallery: Thorpe and Company Jewellers ads in the Journal from 1902 to 2015

We gathered nearly three dozen Thorpe and Company advertisements spanning more than 100 years for a trip through time. See how things have cha…

Thorpe and Company, oldest retailer in Sioux City, to close as proprietor prepares to retire

"It was an extremely, extremely difficult decision," Rusty Clark said. "And I thought once I revealed it to everybody, it would be easier. It's even harder. The emotional roller-coaster, the downs are far surpassing the ups right now."

Thorpe and Company Jewellers is seen in this 2017 Journal file photo. The retailer, the oldest in Sioux City, has announced plans to close down. 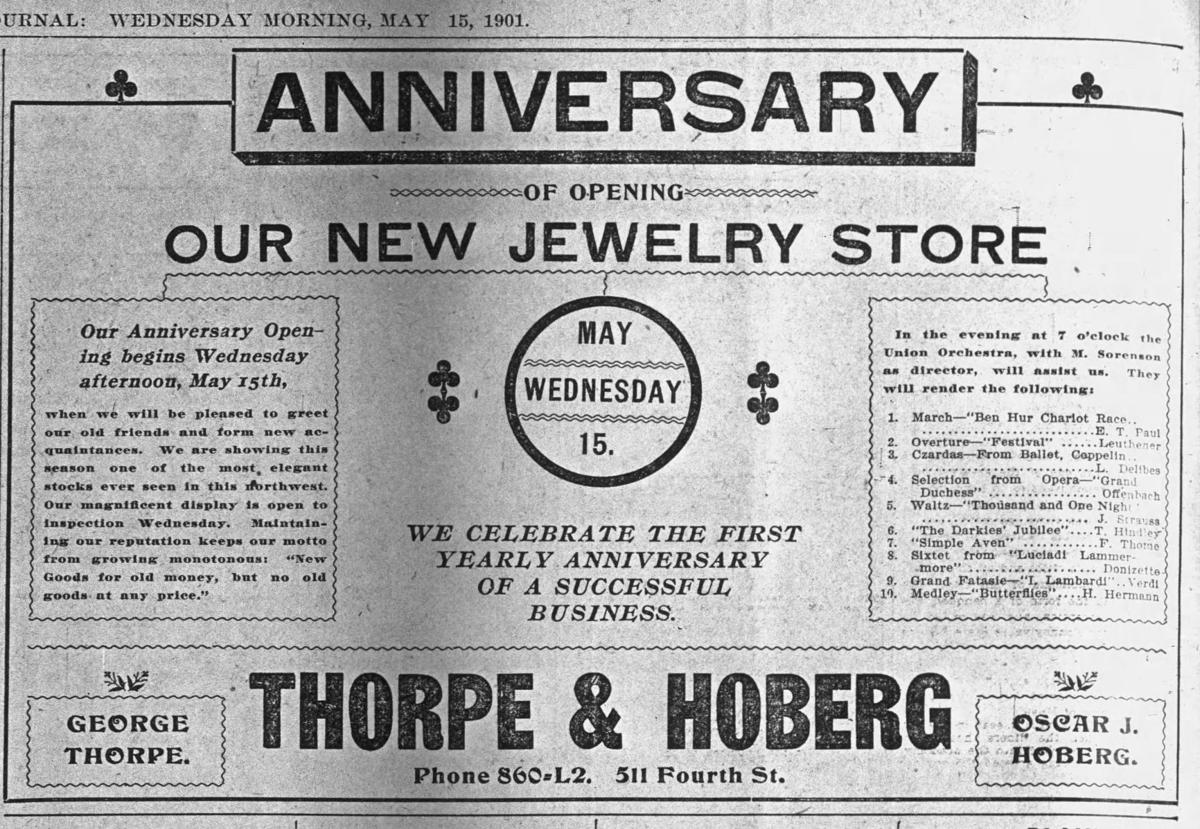 A May 1901 advertisement for the first anniversary of the Thorpe & Hoberg jewelry store is shown. Thorpe has announced plans to close the store after 120 years. 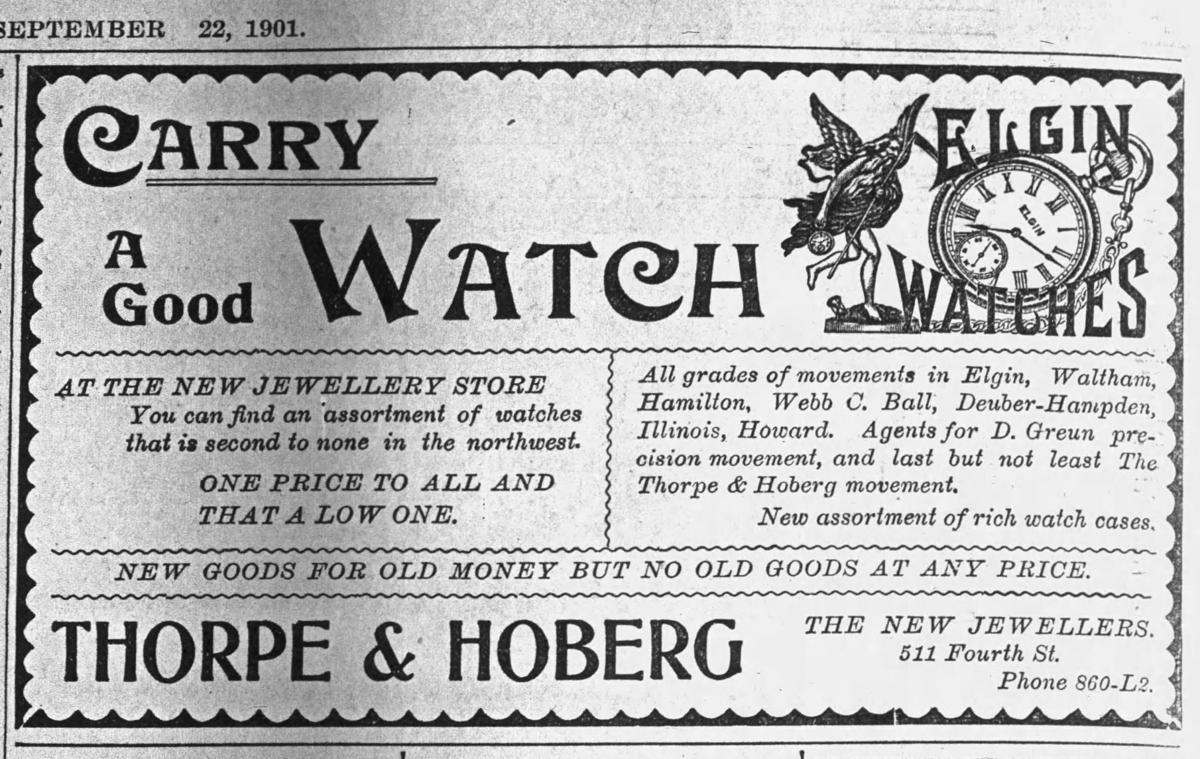 A September 1901 advertisement for the Thorpe & Hoberg jewelry store. Early advertisements for Thorpe often referred to it as "The New Jewellers."

A Thorpe & Company advertisement from July 1913. By this time, the store had adapted the name it would use for more than a century and began describing itself as "Sioux City's Leading Jewellers."