SIOUX CITY -- One of the joys of being a Sioux City police officer for Calvin Chang is handing out police badge stickers to children at Asian Fest.

He tells these young, future recruits to, "Do the right thing" and "Stay in School," so that one day, they can follow in his footsteps.

"It's great seeing all the kids come up saying, 'I want to be just like you,'" said Chang, who is one of just two officers on the force who are of Asian American heritage. Eddie Thiphasouk, the department's first Asian American officer, was hired in 2001.

Overall, the Sioux City department's force of 125 sworn officers is overwhelmingly white. Though minorities make up nearly 31 percent of the city's population, they account for just 8.8 percent of its police force.

In addition to Chang and Thiphasouk, the SCPD has five officers who are Black and four who are Hispanic.

Lt. Chris Groves, who heads the professional standards division for the department, said he doesn't know why the SCPD doesn't see more minority applicants. He said the department is "constantly recruiting all races."

A Journal analysis of U.S. Census data and SCPD statistics shows that African Americans account for 4 percent of Sioux City's population, which matches the department's percentage of Black officers. The percentage of Asian American representation on the force, 1.6 percent, trails the city's 3.5 percent.

However, the largest disparity in the Sioux City department is between sworn officers and community members who are Hispanic. The city has a Latino population of 19.1 percent, but just 3.2 percent of the officers on its police force are Hispanic.

"Honestly, if I knew why that was, we would be trying to attack that reason. We've looked at every avenue," said Groves, who noted the department has consulted with minority leaders in the community in effort to devise ways to get a more diverse pool of applicants. "We're always open to suggestions if people have an idea how to do that. We simply just don't get the applicants."

Mayor Bob Scott said not just the police department, but all Sioux City city departments should resemble the community.

"I've said all along, our police department should look more like our community, but they've done a better job than some of our other departments," said Scott, who said the city is working with the NAACP to try to attract more minority officer candidates. "The people don't know about the opportunities, so we've gotta get somebody to spread the word. Even though (Chief Rex Mueller) goes to job fairs and does all the kind of things that you would think you would need to do to be successful with that, it hasn't necessarily translated as much as he would like."

Woodbury County Sheriff Dave Drew is just as perplexed as Groves about why his office hasn't see more minority applicants over the years. His office hired its first African American deputy in 2013.

Nearly 90 percent of Woodbury County's deputies are white, but almost 30 percent of the county's population is made up of minorities. The sheriff's office has 132 deputies, reserve deputies and corrections officers, but just four are Black, nine are Hispanic and one is Asian American.

"We have gone to area colleges to try to grab anybody who might be interested in this profession. I don't know why over the years we've just never had minorities interested in being a deputy sheriff," Drew said. "Jail-wise, we don't seem to have that issue. A lot of them start out in our jail, and, some of them leave to go to a municipality or a federal job. I really don't have the answer. We have tried."

Like the SCPD, the Woodbury County Sheriff's Office's biggest gaps are in Hispanic and Native American representation on its force.

"That is to me troubling. I had a good working relationship with Frank LaMere and we were always trying to get Native Americans interested in this field," Drew said, referencing the late Native American activist and Winnebago Tribe member. "We need to get out more and try to see how we can grab a little better face of the community. That's something that I think we should always strive for."

Growing up, Chang, who was born in California, never envisioned himself getting into law enforcement. In fact, when Chang was a child, he said he was afraid of police officers.

But, eventually, his father swayed him in that direction.

"He wanted to be a police officer, but, unfortunately, because of his citizenship status, he could not at the time," Chang said of his father, who moved to United States from Taiwan. "He was encouraging me to get into law enforcement if I could."

Chang said his father is friends with several local police officers and sheriff's deputies. Chang sat down with one those friends to talk about a career in law enforcement and then made the decision to apply with the SCPD.

"He was kind of the one who kicked this all off, and I haven't looked back since," said Chang, who has been with the SCPD for three years.

Chang is one of the department's cultural liaisons. These police officers, who represent various backgrounds and beliefs, work to build trust with citizens and address community concerns, while also suggesting policy changes or training to help the department's staff better serve diverse groups in the community.

Groves said the SCPD has seen success with its Community Cultural Liaison program, which gives members of the community who feel underserved by law enforcement a direct contact to the department.

As Siouxland's Latino population has grown, Drew said having Hispanic corrections officers employed at the Woodbury County Jail who can speak and interpret Spanish has been helpful. He said a diverse jail staff can also break down barriers with minority inmates.

"I just think they think they're just all white guys or gals, so I think that can sometimes deescalate some things, too," he said.

The Woodbury County Sheriff's Office and Sioux City Police Department aren't the only law enforcement agencies in Siouxland struggling to increase diversity on their forces.

Le Mars Police Chief Kevin Vande Vegte said his department is trying to become more diverse, but the pool of applicants is smaller each time it tests. He said minority applicants are "uncommon."

Minorities account for 9.5 percent of Le Mars' population and 6.7 percent of its police force. The police department has 15 sworn officers. One is Hispanic and the other 14 are white.

"The push to defund law enforcement and the violence towards the profession will make matters worse in my opinion," Vande Vegte said. "The cream of the crop will no longer want to be police officers, and agencies will be forced to hire individuals they may have passed on in the past. Agencies should not be defunded, they need more funding to recruit the best recruits possible and to train them."

Across the Missouri River in Nebraska, South Sioux City Police Chief Ed Mahon said his department's lack of turnover has greatly limited openings on its force. Mahon said there was a nine-year stretch during which his department didn't hire any new officers. Over the last two or three years, he said recruiting has ramped up due to retirements.

Nearly 62 percent of South Sioux City's population is made up of minorities, but the city's police force is 92.6 percent white. The South Sioux City Police Department has 27 officers. Twenty-five are white, one is Hispanic and one is Asian American.

"We've had a lot of good applicants that were female. A lot of Hispanics have made the list. A lot times, when they're on the list, we've just never had anybody to hire because we never lost anybody," Mahon said. "It's not like we're not going after the Blacks, Hispanics or Asians. We're trying to get more diverse."

No arrests made during second night of protests in Sioux City

As many as 200 people gathered outside the Sioux City Police headquarters building late Monday into early Tuesday to protest over the death of George Floyd, a black man who died last week while in the custody of Minneapolis police.

This week, newspapers in our parent company, Lee Enterprises, looked to see how diverse their community police forces were, particularly in li…

Perla Alarcon-Flory, her husband and two of her children all contracted the novel coronavirus this fall. Among the lowest moments: When Alarcon-Flory accompanied husband Nathan to an Omaha hospital as his symptoms progressed and her own throat began closing up.

The proposed amendment would shorten the amount of time that the Sioux City Animal Adoption & Rescue Center holds feral cats.

FROM THE EDITOR: Have we got a holiday deal for you

When you’re making that holiday shopping list, think about that Journal subscription. You’ll be surprised at all the content you’ll find and how we can be that daily letter from home.

Police Chief Rex Mueller said in a statement that many of the violent crimes reported were gun-related. 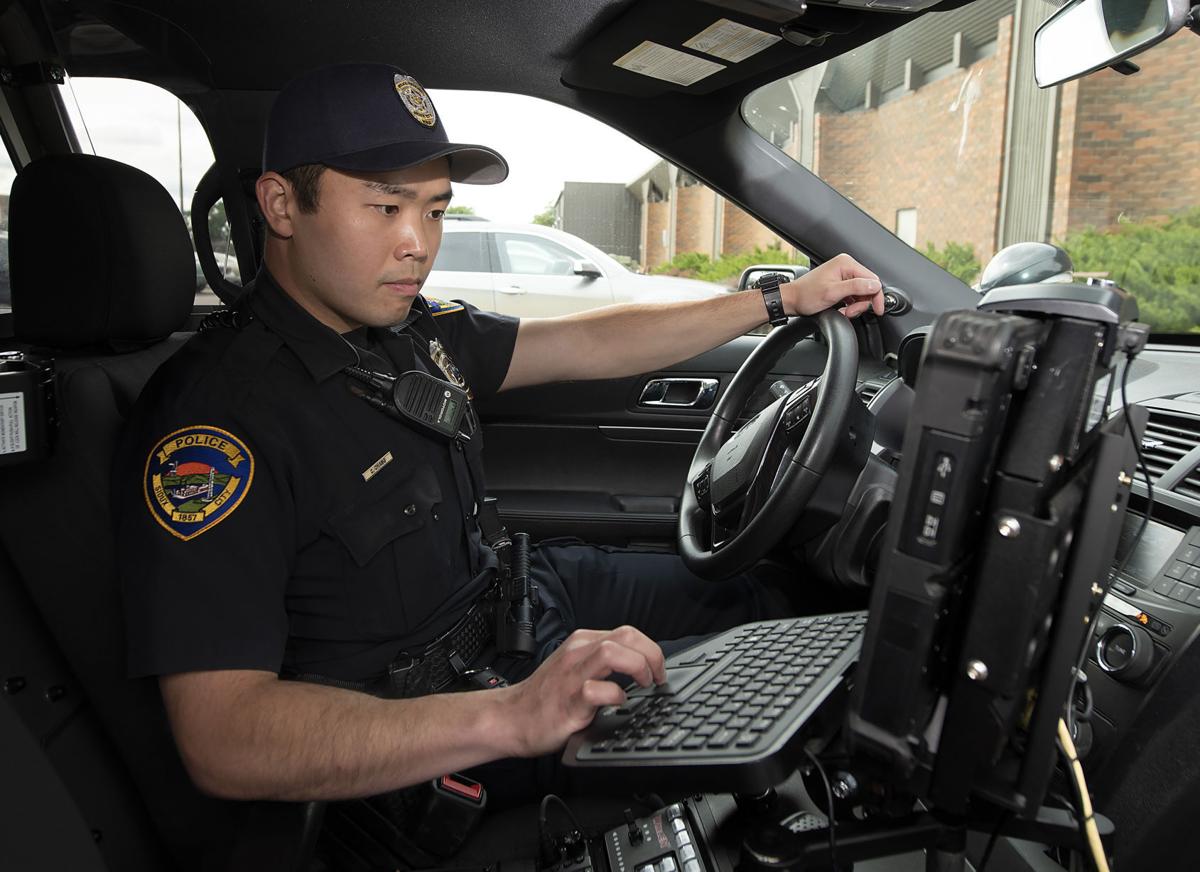 Sioux City police officer Calvin Chang works at his mobile computer. Chang, a three-year veteran of the Sioux City Police Department and Officer Eddie Thiphasouk are the two Asian-Americans on the department. Thiphasouk, the department's first Asian officer, was hired in 2001. 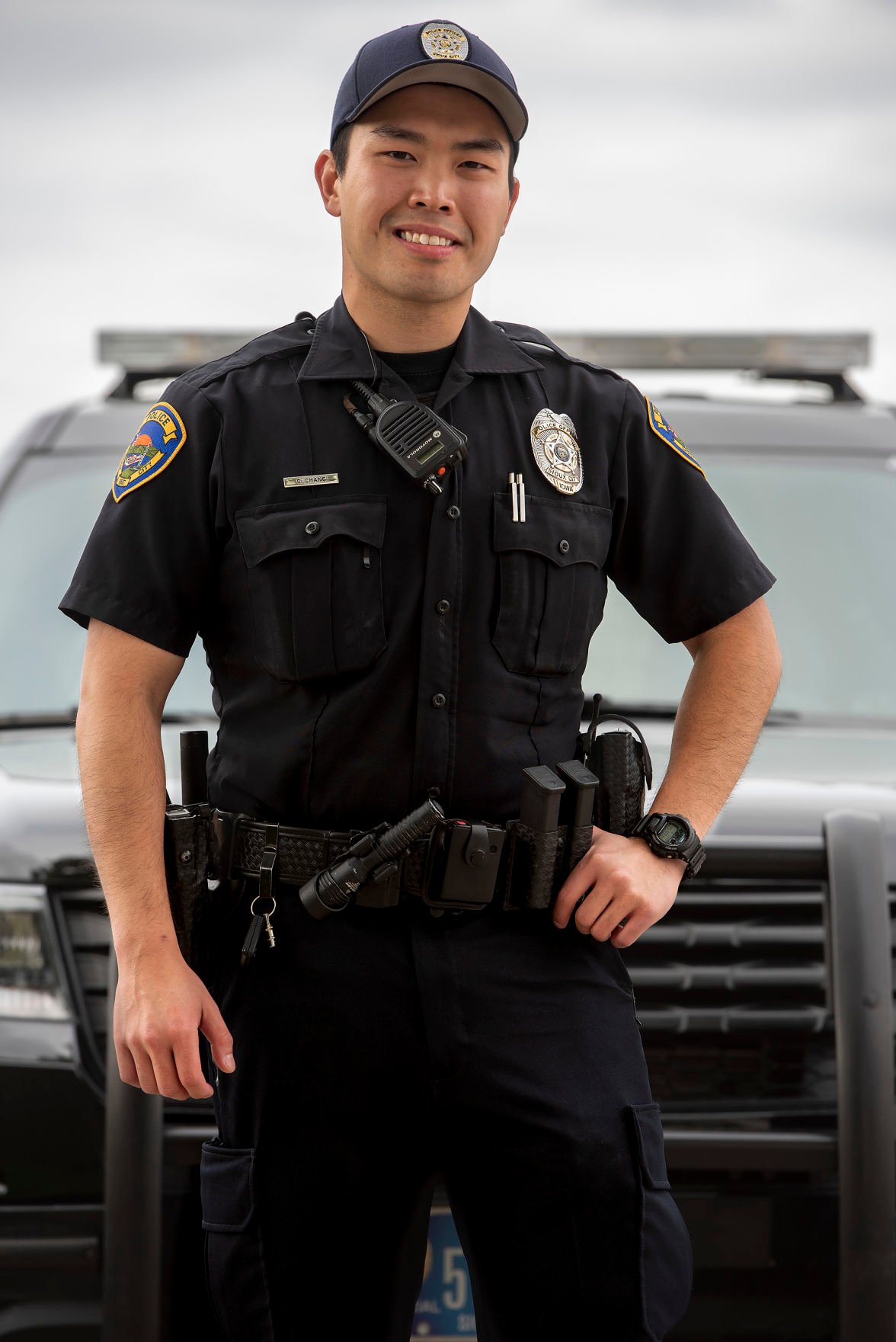