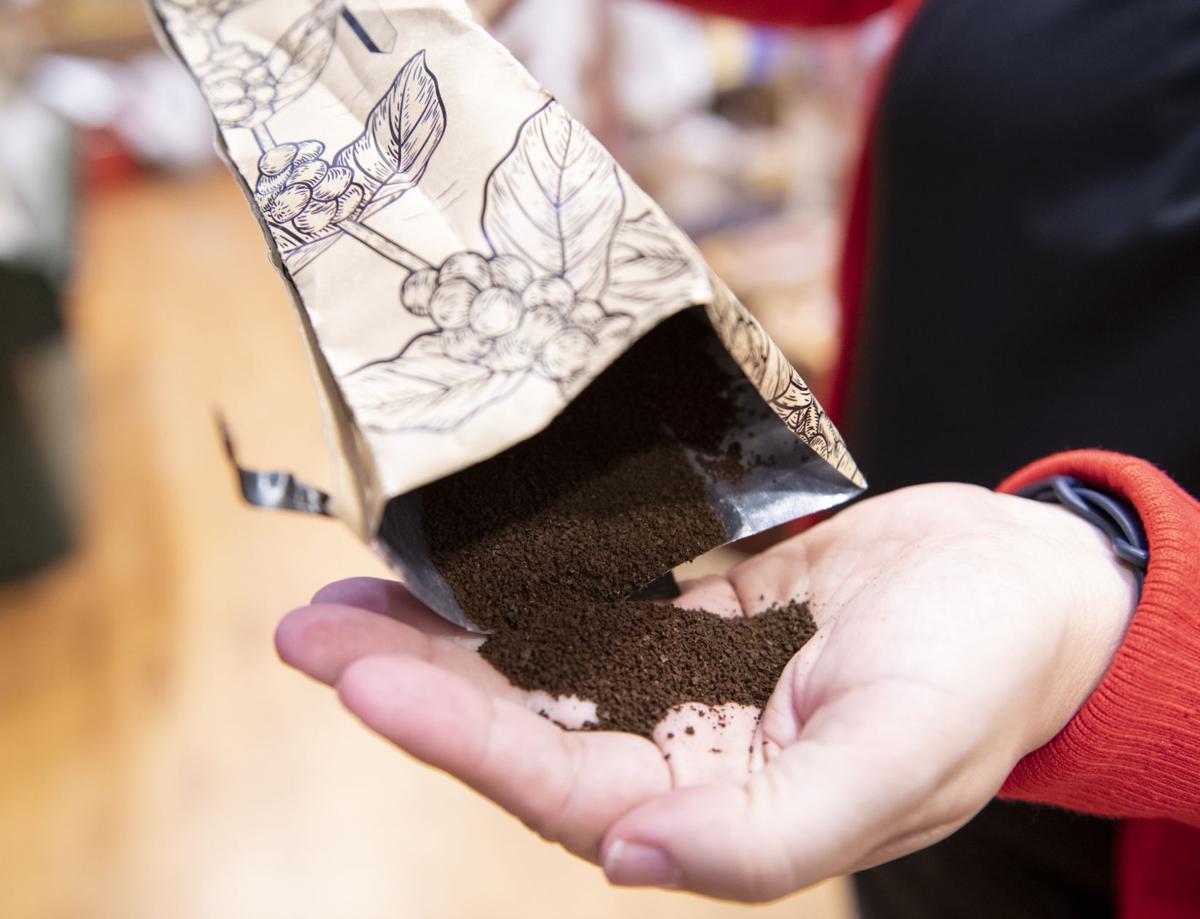 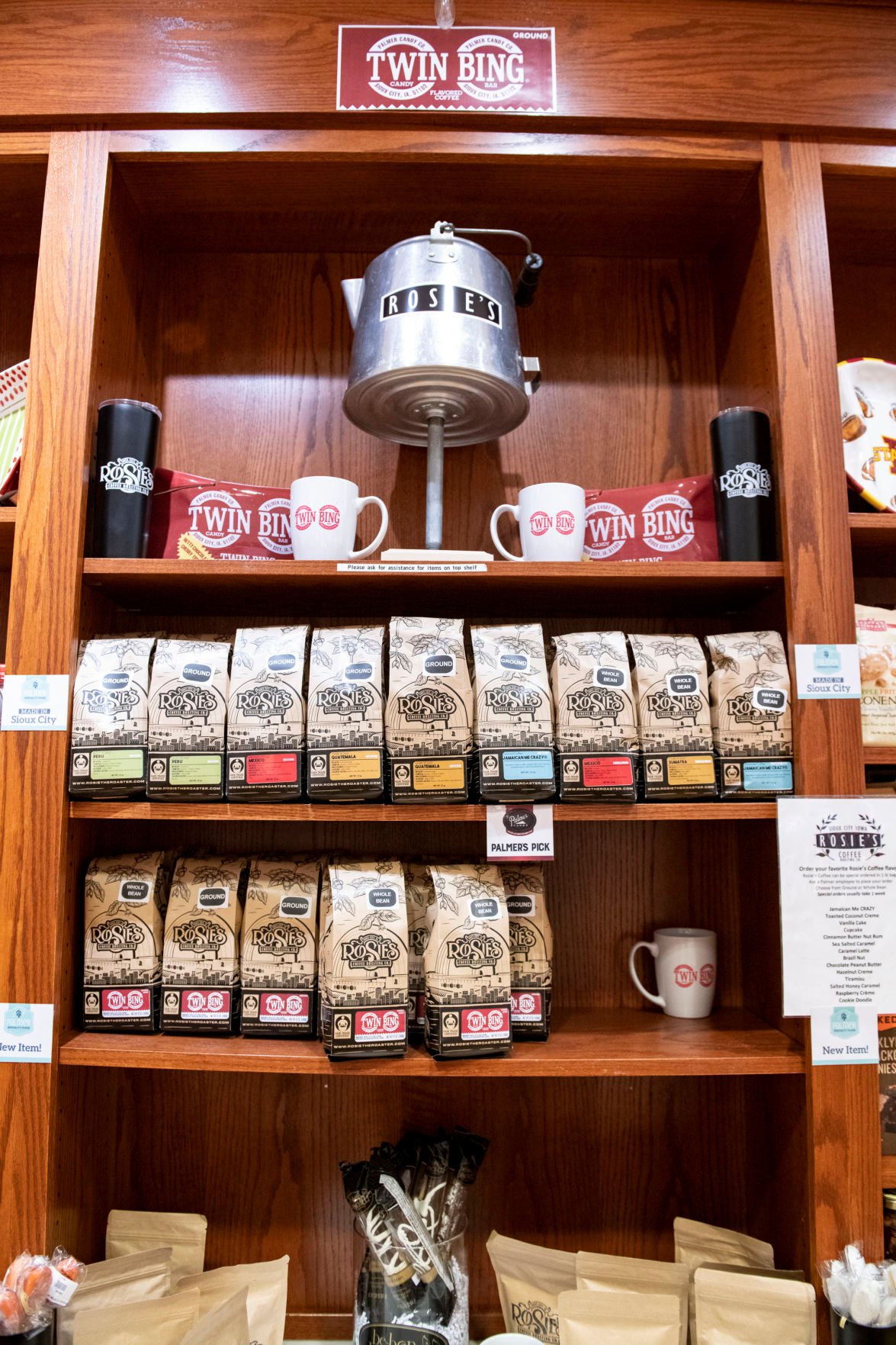 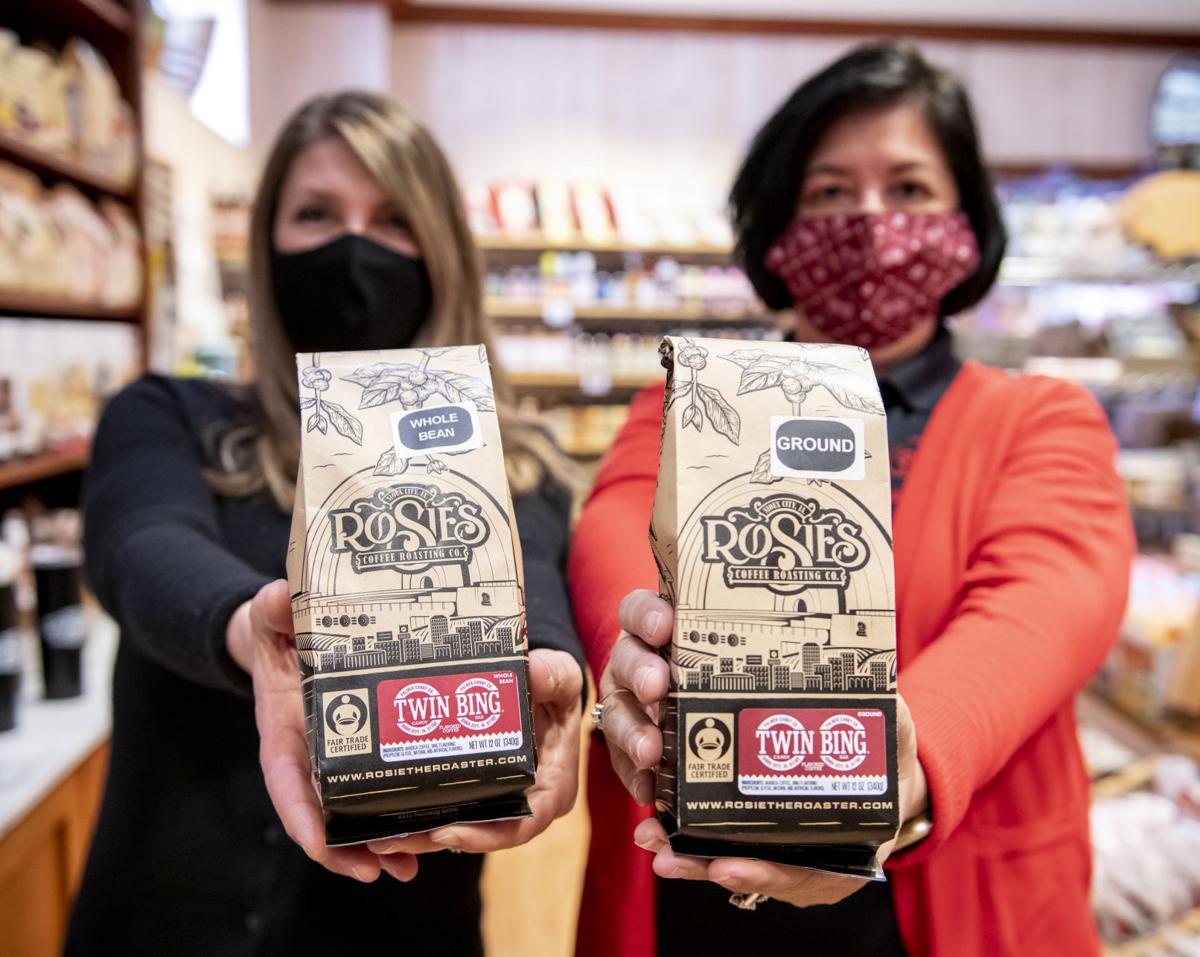 SIOUX CITY -- In little over a year, the iconic Bing candy bar has been turned into a stout beer and a cherry-flavored ice cream.

It was only a matter of time before Palmer Candy Company's top-seller would lend its rich chocolatey and nutty profile to a flavorful coffee.

"I thought each element of a Bing bar would lend itself to a terrific-tasting coffee, from the chocolate to the nuttiness to the touch of cherry," Everett said.

Plus, she felt a personal allegiance to Palmer's Olde Tyme Candy Shoppe, since the 405 Wesley Parkway retail store had been selling Everett's line of fresh-roasted, fair-trade-certified Rosie's Coffee products since 2013.

"Palmer's was only the second store to sell Rosie's Coffee," Everett said. "It is nice working with a local business that works with other local businesses."

And after months of taste-testing, the one-of-a-kind Twin Bing Coffee -- available in whole bean and ground bags -- is now available at Palmer's candy store.

According to Palmer Specialty Foods' assistant manager Monica Waldon, the coffee has been flying off the shelves since it was introduced March 1.

"I'm not a coffee drinker but people seem to love it," she said.

Indeed, Everett and a flavor lab worked hard to achieve a perfect balance.

"We taste-tested different flavors of cherry," she said of the product made with 100 percent, specialty grade Arabica bean. "While the cherry comes out and so does the chocolate and the nuts, the Twin Bing is still, very much, a coffee-forward coffee."

It was this nuanced take on the legendary candy that appealed to Casey Miller, a Palmer's Olde Tyme Candy Shoppe sales associate and self-admitted coffee connoisseur.

"At first, you get plenty of nuttiness," he said. "Then, the cherry comes through as an aroma and, then, as an aftertaste."

"It is really good," Miller added with a smile.

For the past eight years, Rosie's Coffee has roasted coffees with beans from around the world as well as a line of flavored coffee, which includes evocative names like Cookie Dough, Tiramisu and Toasted Coconut Creme.

"Our Morning SUX Jamaica Me Crazy has been our most popular flavored coffee," Everett said. "I think with the introduction of the Twin Bing, we may now have a new top-selling coffee."

A Twin Bing for breakfast?

Do you plan to try the new Twin Bing-flavored coffee? Visit siouxcityjournal.com/polls to participate in our online poll. 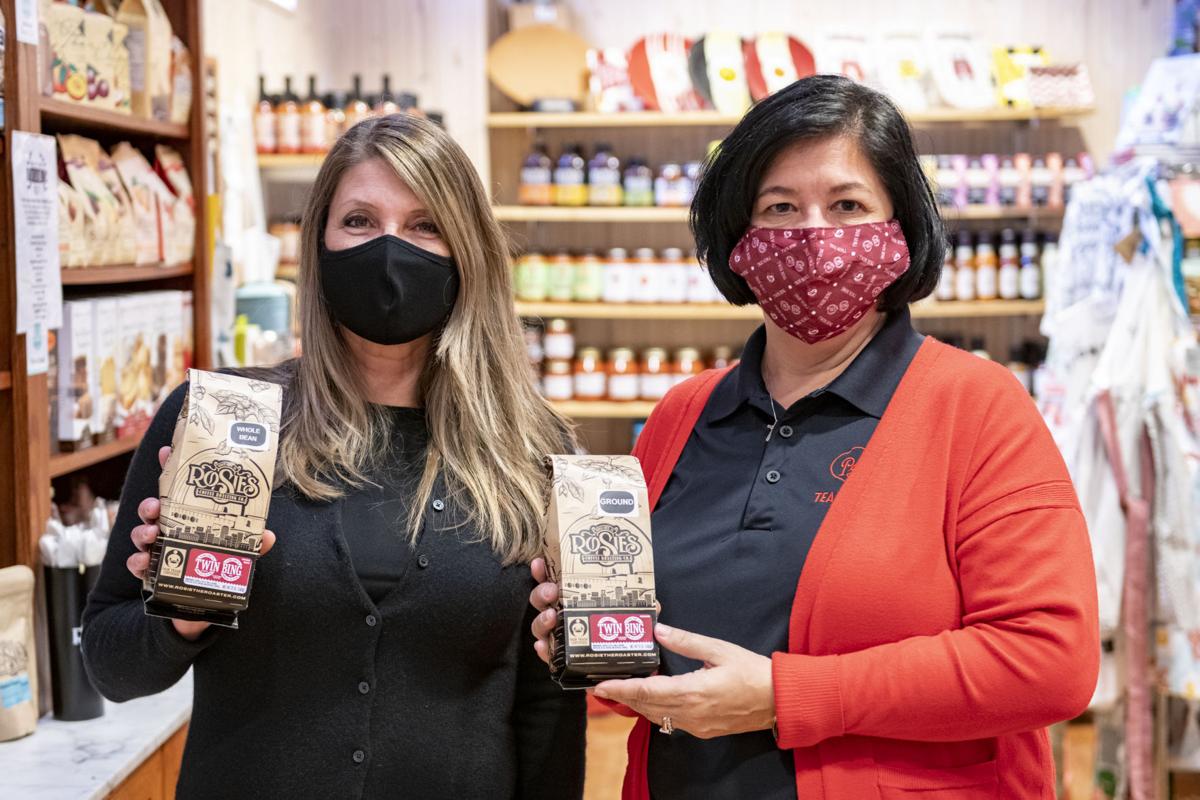 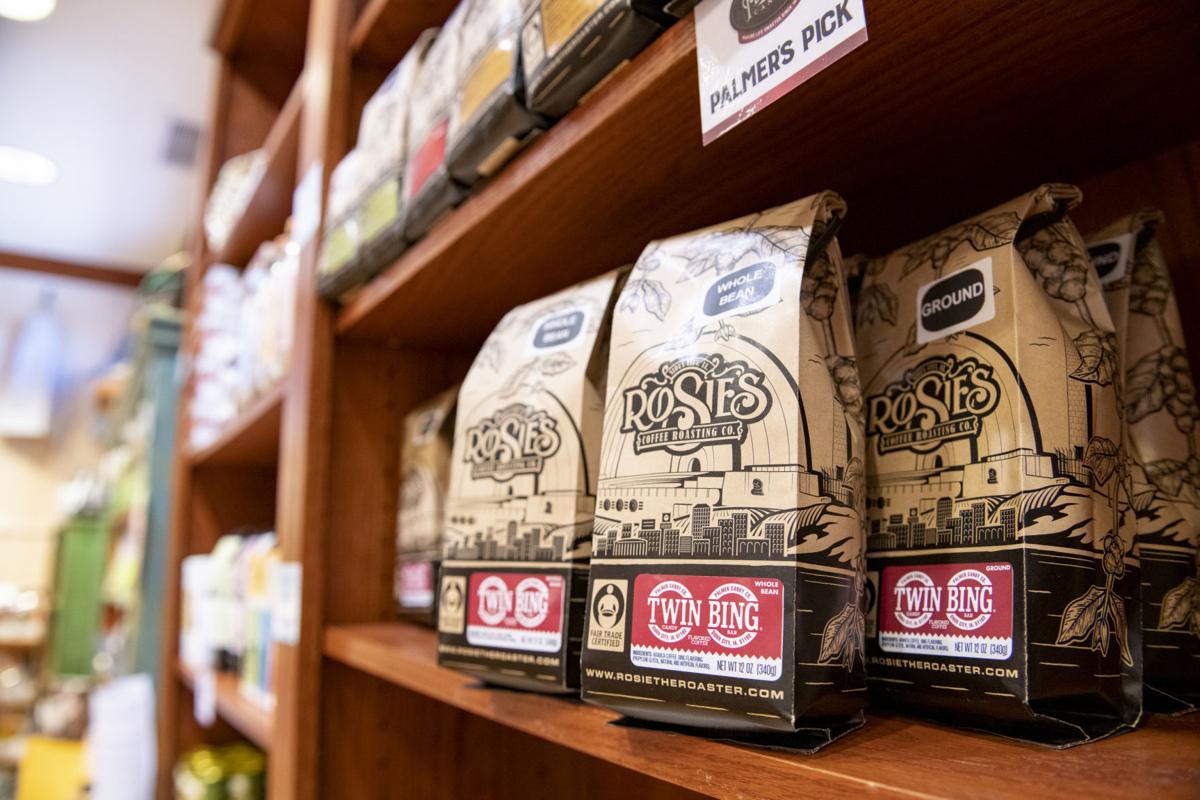 Packages of Twin Bing flavored coffee hit the shelves of Palmer's Olde Tyme Candy Shoppe on March 1. Over the past year or so, the classic chocolate, nutty and cherry flavored candy has also been spun off into a namesake stout beer and a cherry ice cream.