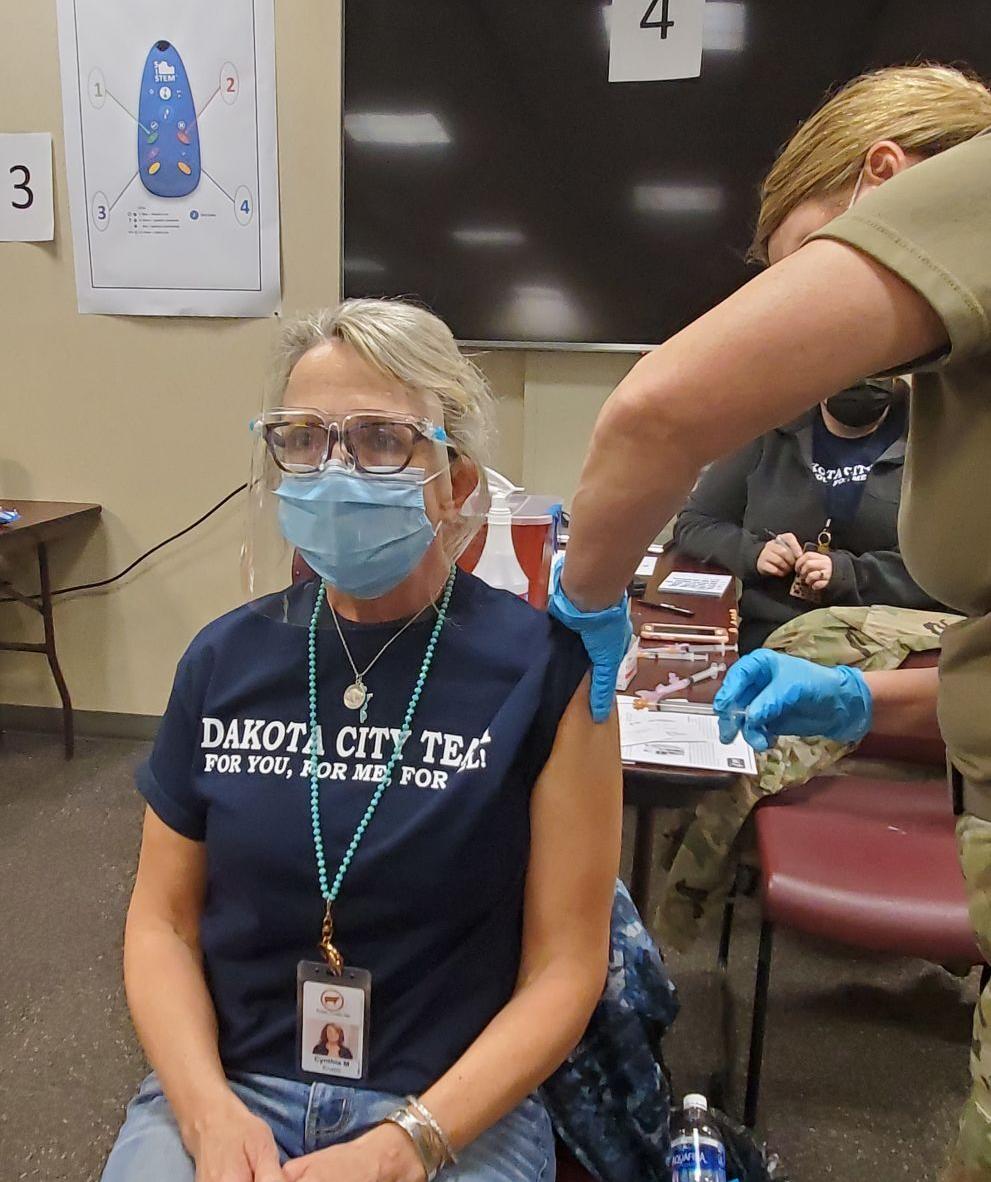 The company has held a series of large-scale vaccine clinics at its plants in recent weeks, giving shots to as many as 19,000 workers nationwide. A Tyson plant in Waterloo, Iowa, had a third of its employees vaccinated almost two weeks ago.

"I did see that we have a lot of volunteers today, as far as nurses, we have the health department here, we have supervisors, we have interpreters, everybody that has stepped up to volunteer for this event, and I thought that was great, for everybody to do their part," Tyson employee Lupe Tarelo said in a video provided by the company Friday.

It was not immediately clear how many of Tyson's Dakota City employees opted to take part in the vaccination clinic.

Prior to Friday's vaccination clinic, more than 160 of the Dakota City plant workers who were in previous eligibility groups had already been vaccinated, according to a Tyson press release. Tyson has offered its workers up to four hours' regular pay if they choose to be vaccinated off-site.

Meatpacking plants were hit hard by the virus last year, and the Dakota City plant was believed to be a main driver of Dakota County's massive outbreak last spring. On May 1, Tyson suspended production at the plant to test its workers for the virus and to deep-clean the plant. The closure was initially set to be four days long, but it went on for six days. When the plant reopened, it was at less than half its normal production capacity.

Toward the end of May, Tyson acknowledged that 786 of the Dakota City plant's workers had been infected.

The Springdale, Arkansas-based meatpacker eventually instituted intensive preventative measures in an industry where workers had long been known to work in close quarters, oftentimes elbow-to-elbow. Tyson reportedly spent hundreds of millions of dollars on these upgrades to its facilities.

"We're pleased to see Tyson offering free access to the vaccine," Mark Nemitz, the president of the UFCW Local 222, said in a statement provided by Tyson. "UFCW Local 222 encourages our members to get vaccinated against COVID-19 and do their part in protecting themselves, their family and our community against COVID-19."

OTHER VOICES: Vaccinations give us vital leverage to push back finally against COVID

For the past year, COVID has exerted powerful leverage against our society. The virus has pushed us into unimagined disruptions and emergency …

LE MARS, Iowa -- Floyd Valley Healthcare is opening up COVID-19 vaccination clinics to anyone 18 and older, regardless of their county of residence.

OTHER VOICES: As vaccine offers turning point, Tyson Foods is playing its part

The past year has tested us in ways we could never have anticipated. The COVID-19 pandemic has been the greatest public health challenge in a …

SOUTH SIOUX CITY -- Some Nebraska pharmacies, including four in Northeast Nebraska, will begin offering COVID-19 vaccinations to anyone 18 yea…

With an eye toward employee wellness, Wells Enterprises opens an onsite health clinic

LE MARS, Iowa -- For some time, Wells Enterprises had wanted to establish a wellness clinic for employees.

SIOUX CITY -- Fifty-one workers in Iowa died at work or as a result of workplace accidents in 2020, according to statistics compiled by the We…

DAKOTA CITY -- A new health director has been appointed in Dakota County.

No quarantine required in Sydney for vaccinated international travelers