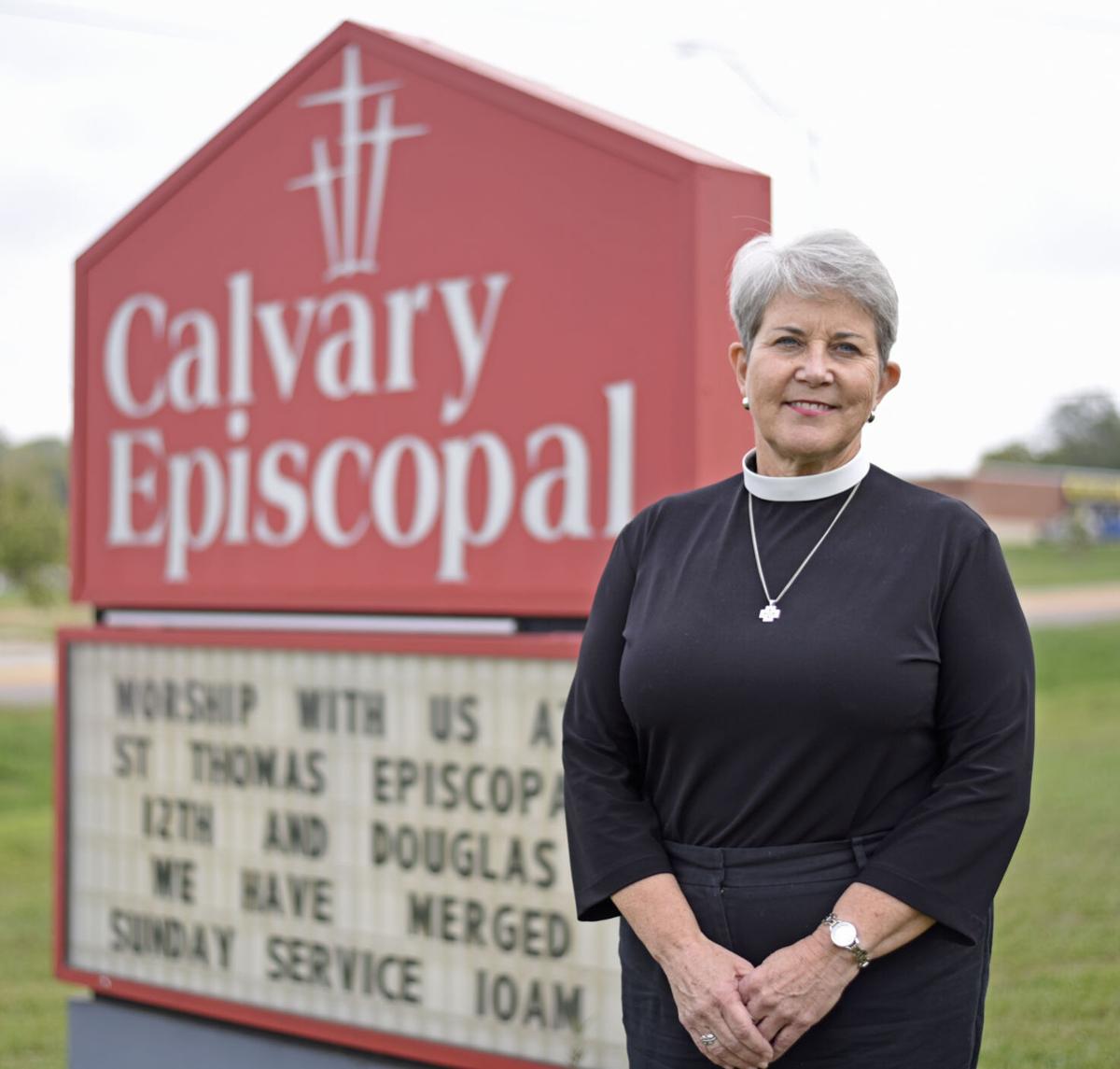 The Reverend Stacy Gerhart stands in front of the Calvary Episcopal Church sign on Thursday. Sunday will be the last Mass at Calvary before it merges with St Thomas Episcopal Church. 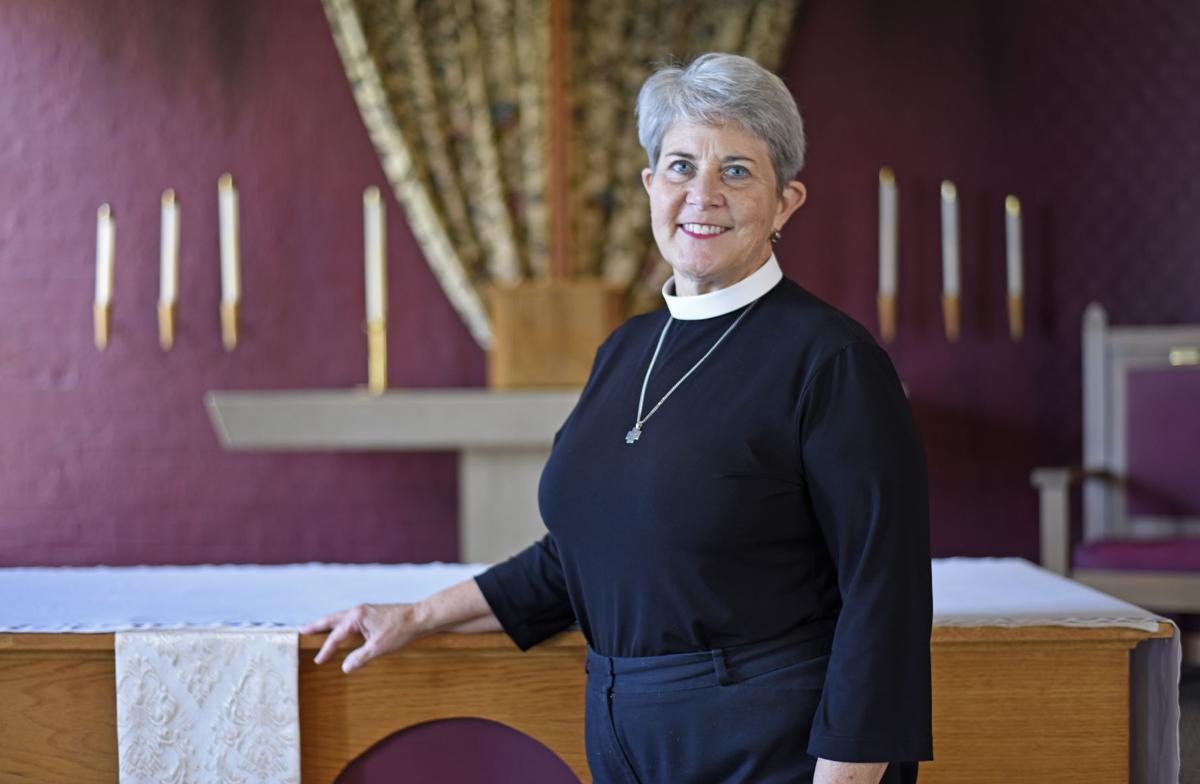 The Reverend Stacy Gerhart stands inside the Calvary Episcopal Church sign Thursday. Sunday will be the last <ass at Calvary before it merges with St Thomas Episcopal Church.

SIOUX CITY -- In 1890, a group of sisters from St. Thomas Episcopal Church left to start a new congregation in the Morningside area. Now, that congregation is returning home.

Gerhart was raised, baptized and married in St. Thomas. She left Sioux City for a while but after returning in 2003, her family decided to attend Calvary for a smaller church. She was ordained 10 years ago.

While the church is really the the parishioners, Gerhart said it's hard to separate it from a place where people celebrate milestones such as baptisms, confirmations, marriages and funerals.

Gerhart said there are some people who have attended Calvary their entire lives. Despite the sadness, Gerhart said she feels there is a renewed energy and excitement from parishioners to worship together.

The merger has been discussed since prior to the COVID-19 pandemic. Zoom meetings were held with the parishioners to discuss the merger and why now was the best time to do it.

It is currently unknown what will happen to Calvary's building. Gerhart said ideally it will stay a church or base of ministry, but there is no hurry.

On Sunday, Calvary will hold their final service. The service will start at Calvary and then will finish at St. Thomas.

Gerhart said having a split service represents coming together and moving from one building to another, physically represents the move.

The Bishop of the Diocese of Iowa, Rt. Reverend Alan Scarfe will preside at the special celebration merger of the two churches. During the service, Gerhart will be installed as the rector of St. Thomas.

The two churches have been understanding of the transition, Gerhart said, and by working together the churches can accomplish far more.

SIOUX CITY -- A person died as a result of a single-vehicle accident that occurred Monday morning on the 2800 block of 18th Street.

SIOUX CITY -- An Emerson, Nebraska man was injured in a shooting in Sioux City on Saturday night.

Sioux City man pleads not guilty of murder in California

FRESNO, Calif. -- A Sioux City man charged with a California homicide is scheduled to stand trial in January.

ONAWA, Iowa -- A Sioux City man who ran over a man on a motorcycle on Interstate 29 and stole two pickup trucks has been found guilty of attem…

SIOUX CITY -- The Sioux City Council is expected to vote Monday on an amendment to the city's snow ordinance, which would only make parking on…

Amazing inventions that were made by accident

The Reverend Stacy Gerhart stands in front of the Calvary Episcopal Church sign on Thursday. Sunday will be the last Mass at Calvary before it merges with St Thomas Episcopal Church.

The Reverend Stacy Gerhart stands inside the Calvary Episcopal Church sign Thursday. Sunday will be the last <ass at Calvary before it merges with St Thomas Episcopal Church.