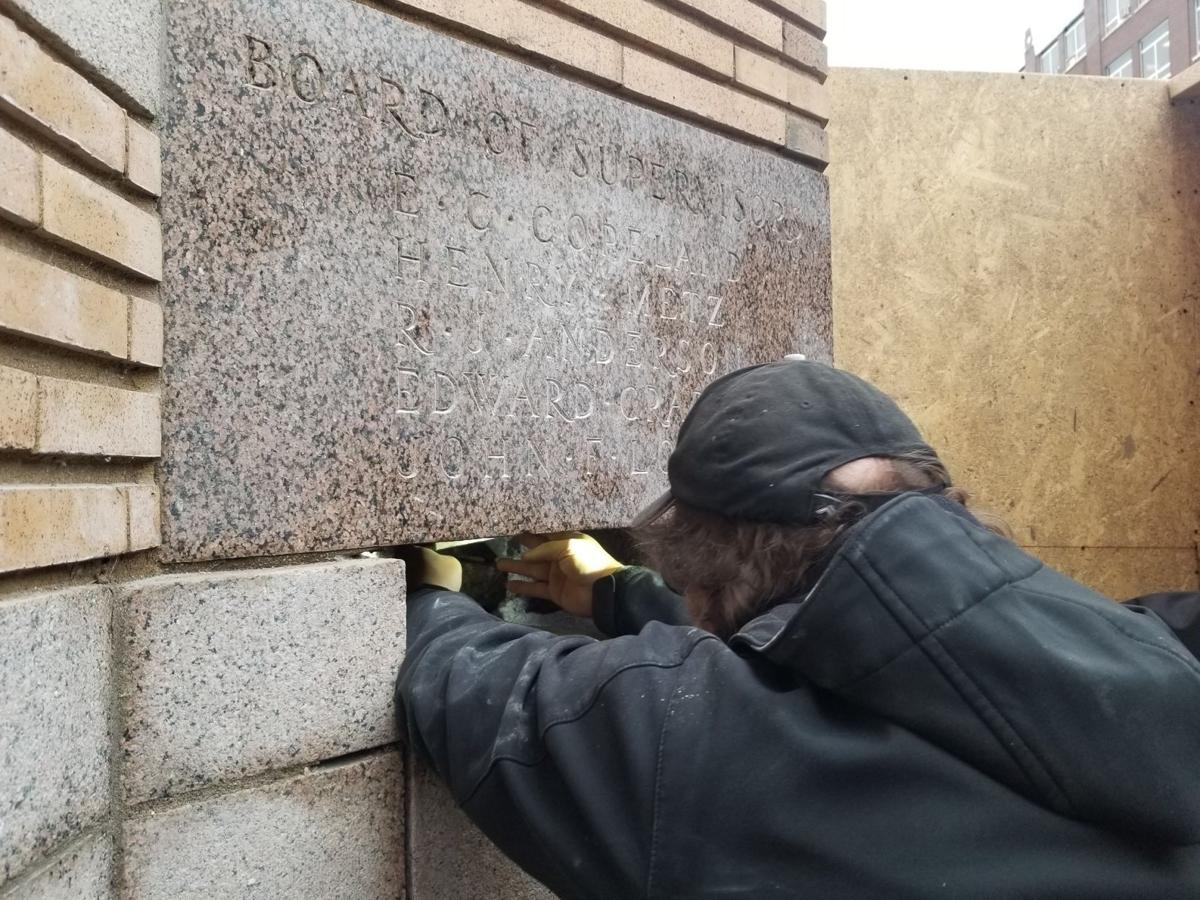 A 100-year-old time capsule is being removed Tuesday from the cornerstone of the Woodbury County Courthouse. 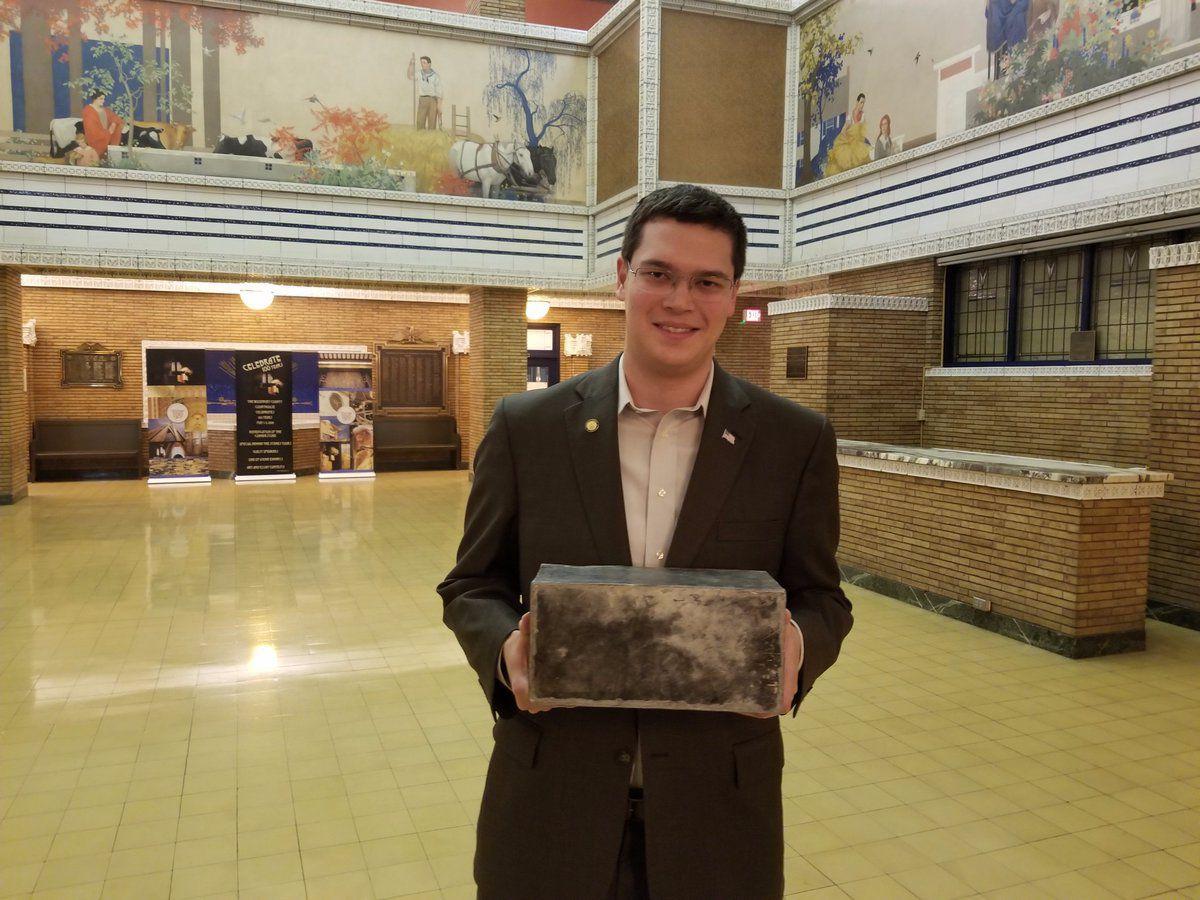 SIOUX CITY | A century-old time capsule was removed from the cornerstone of the Woodbury County Courthouse Tuesday, in preparation for the landmark building's centennial next year.

The time capsule from July 1916 contains items that include foreign and U.S. coins, photos of then-President Woodrow Wilson and city street scenes, results from an October 1875 local election, a souvenir from the 1916 Panama-California Exposition in San Diego and many articles from the Sioux City Journal in the late 1800s and early 1900s.

Woodbury County Board Chairman Matthew Ung said the box will be opened at 3:45 p.m. Nov. 21 at the courthouse, 620 Douglas St..

The iron box had to be drilled out of the granite from the northwest corner of the building ahead of the May 2018 centennial activities to avoid structural problems caused by colder weather.

Designed by famed architect William Steele, the courthouse was placed on the National Register of Historic Places in 1973 and designated as a National Historic Landmark in 1996. It's considered the largest publicly owned Prairie School-design building in the world.

Woodbury County 100th celebration likely to be held May 2018

SIOUX CITY | When a major public building with distinctive architectural features reaches an important birthday milestone, it is time to have …

SIOUX CITY | In the early afternoon of July 10, 1916, a slew of Woodbury County officials made sure interesting Siouxland items from the prior…

A 100-year-old time capsule is being removed Tuesday from the cornerstone of the Woodbury County Courthouse.