CDC backs booster shot for all adults due to omicron variant

MINNEAPOLIS — A Minnesota judge has ruled that there were aggravating factors in the death of George Floyd, paving the way for the possibility of a longer sentence for Derek Chauvin, according to an order made public Wednesday.

In his ruling dated Tuesday, Judge Peter Cahill found that Chauvin abused his authority as a police officer when he restrained Floyd last year and that he treated Floyd with particular cruelty. He also cited the presence of children when he committed the crime and the fact Chauvin was part of a group with at least three other people.

Cahill said Chauvin and two other officers held Floyd handcuffed, in a prone position on the street for an "inordinate amount of time" and that Chauvin knew the restraint was dangerous.

"The prolonged use of this technique was particularly egregious in that George Floyd made it clear he was unable to breathe and expressed the view that he was dying as a result of the officers' restraint," Cahill wrote.

Even with the aggravating factors, legal experts have said, Chauvin, 45, is unlikely to get more than 30 years when he is sentenced June 25.

Chauvin, who is white, was convicted in April of second-degree unintentional murder, third-degree murder and second-degree manslaughter for pressing his knee against Floyd's neck for 9 1/2 minutes as the Black man said he couldn't breathe and went motionless.

Even though he was found guilty of three counts, under Minnesota statutes he'll only be sentenced on the most serious one — second-degree murder. Under Minnesota sentencing guidelines, he would have faced a presumptive sentence of 12 1/2 years on that count, and Cahill could have sentenced him to as little as 10 years and eight months or as much as 15 years and still stayed within the guideline range.

But prosecutors asked for what is known as an upward departure — arguing that Floyd was particularly vulnerable with his hands cuffed behind his back as he was face-down on the ground. They noted that Chauvin held his position even after Floyd became unresponsive and officers knew he had no pulse.

With Tuesday's ruling, Cahill has given himself permission to sentence Chauvin above the guideline range, though he doesn't have to, said Mark Osler, professor at the University of St. Thomas School of Law. He said attorneys for both sides will argue whether an upward departure is appropriate and how long the sentence should be.

A pre-sentence investigation report will also be conducted. These are usually nonpublic and include highly personal information such as family history and mental health issues, as well as details of the offense and the harm it caused others and the community.

In arguing for the upward departure, prosecutors said Chauvin treated Floyd with particular cruelty during the lengthy restraint, saying Chauvin inflicted gratuitous pain and caused psychological distress to Floyd and to bystanders. They also said Chauvin abused his position of authority as a police officer, committed his crime as part of a group of three or more people, and that he pinned Floyd down in the presence of children — including a 9-year-old girl who testified at trial that watching the restraint made her "sad and kind of mad."

Cahill agreed with all but one of the prosecutors' arguments. He said prosecutors did not prove that Floyd was particularly vulnerable, noting that even though he was handcuffed, he was able to struggle with officers who were trying to put him in a squad car.

But Cahill said one of the other officers twice checked Floyd's pulse and told Chauvin he detected none, while another officer suggested rolling Floyd to his side and said he was passing out. Cahill said these officers let Chauvin know that asphyxia was actually happening — yet Chauvin held his position.

Cahill said when it became clear to bystanders that Floyd was in distress and stopped breathing, Chauvin continued to abuse his position of authority by not rendering aid.

In finding that Chauvin treated Floyd with particular cruelty, Cahill wrote: "The slow death of George Floyd occurring over approximately six minutes of his positional asphyxia was particularly cruel in that Mr. Floyd was begging for his life and obviously terrified by the knowledge that he was likely to die but during which the Defendant objectively remained indifferent to Mr. Floyd's pleas."

Defense attorney Eric Nelson disagreed with the state, saying that prosecutors did not prove that there were aggravating factors. He said Chauvin had legal authority to assist in Floyd's arrest and was authorized under law to use reasonable force. He also said Floyd was not particularly vulnerable, saying he was a large man who was struggling with officers.

Nelson also argued Floyd was not treated with particular cruelty, saying that there is no evidence that the assault perpetrated by Chauvin involved gratuitous pain that's not usually associated with second-degree murder.

No matter what sentence Chauvin gets, in Minnesota it's presumed that a defendant with good behavior will serve two-thirds of the penalty in prison and the rest on supervised release, commonly known as parole.

Chauvin has also been indicted on federal charges alleging he violated Floyd's civil rights, as well as the civil rights of a 14-year-old he restrained in a 2017 arrest. If convicted on those charges, which were unsealed Friday, a federal sentence would be served at the same time as Chauvin's state sentence. The three other former officers involved in Floyd's death were also charged with federal civil rights violations; they await trial in state court on aiding and abetting counts. 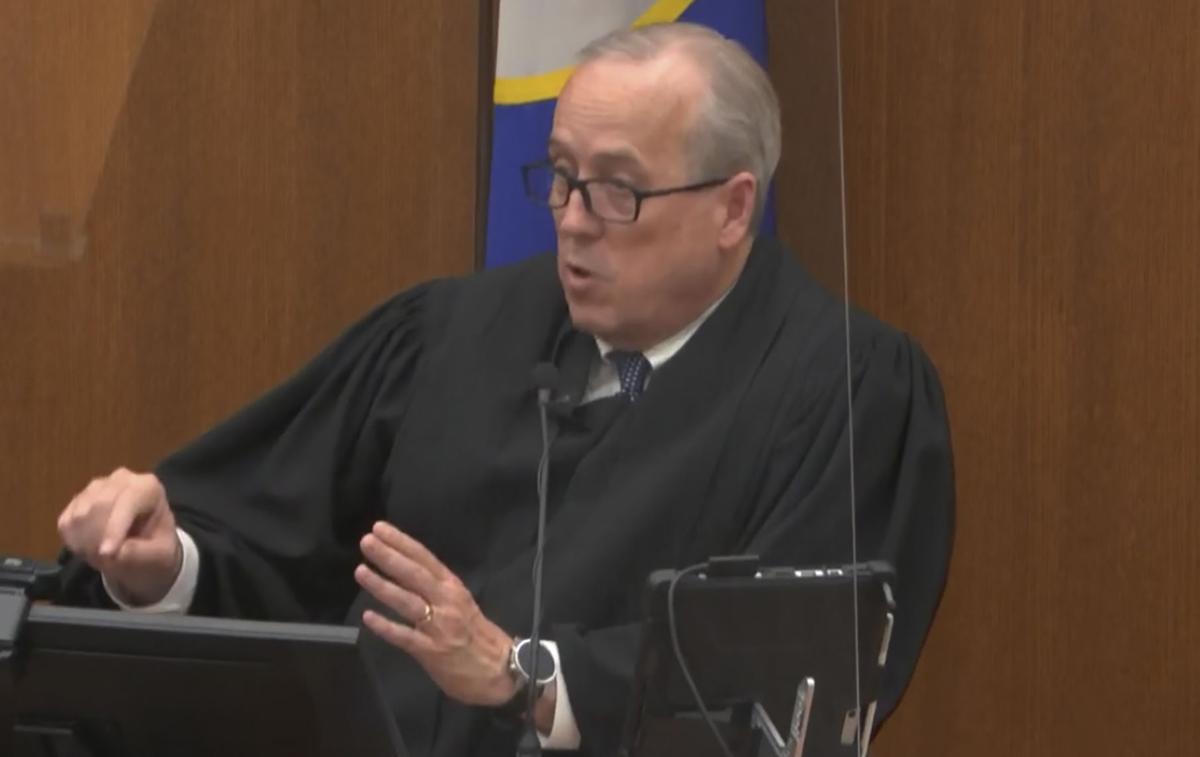 In this April 19, 2021, file image from video, Hennepin County Judge Peter Cahill addresses the court after the judge put the trial into the hands of the jury, in the trial of Chauvin, in the May 25, 2020, death of George Floyd at the Hennepin County Courthouse in Minneapolis, Minn. 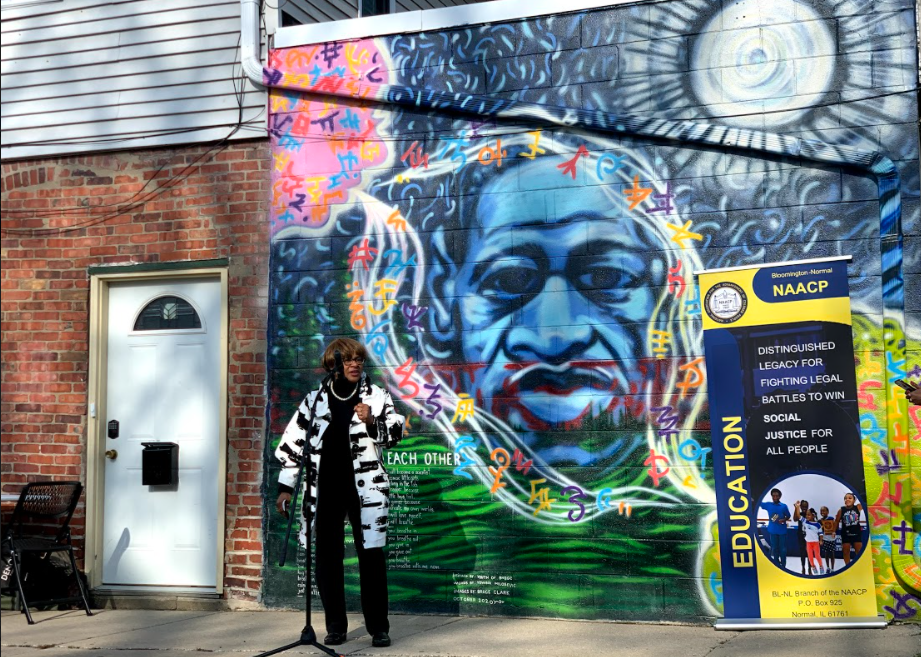 Linda Foster, president of the Bloomington-Normal branch of the NAACP, speaks at an April vigil held near a mural of George Floyd in Bloomington, Illinois. 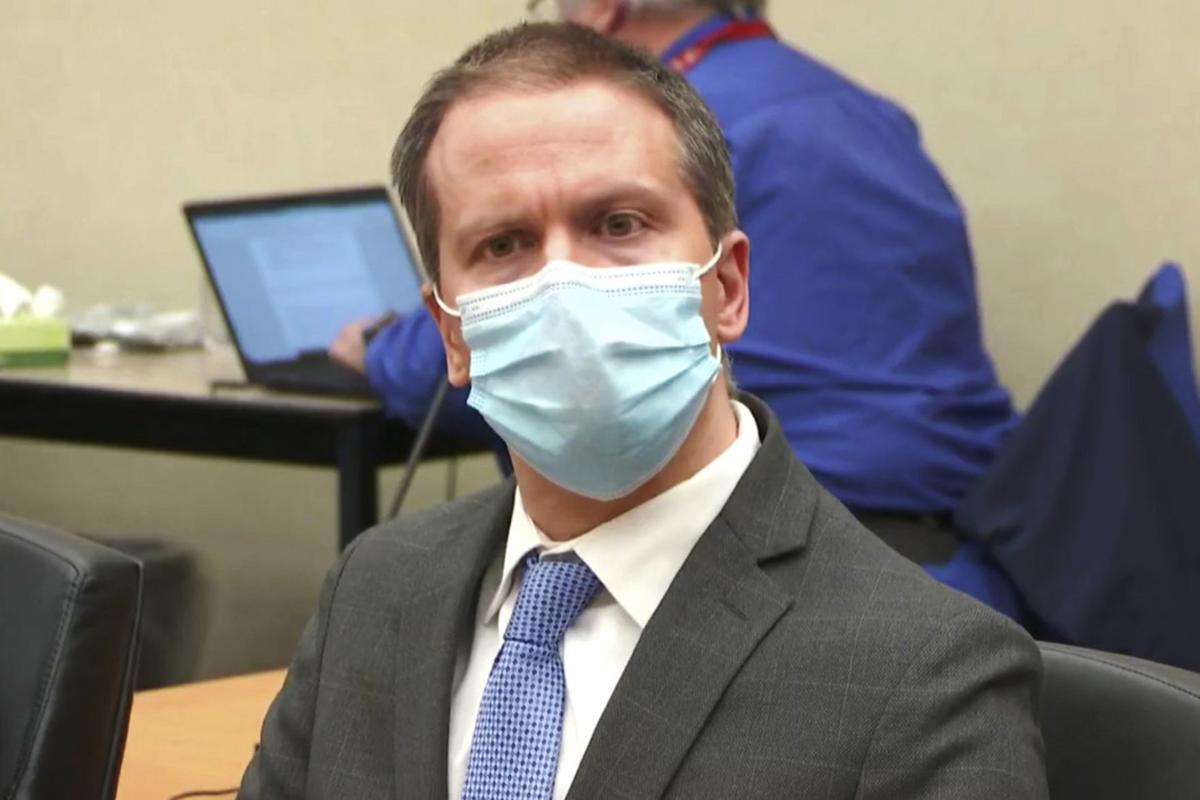 Former Minneapolis police Officer Derek Chauvin listens as the verdict is read in his trial for the 2020 death of George Floyd on April 20, 2021, at the Hennepin County Courthouse in Minneapolis.