The voter passionately motivated by climate change was once something of an anomaly. But that is changing as President Donald Trump has systematically unraveled the nation's environmental regulations at the same time that Americans have witnessed a series of climate-related crises: fires in the Amazon, hurricanes that churn with increasing fury and record-shattering temperatures and weather events across the US.

For the first time in any presidential cycle, Democrats had a mainstream candidate -- in Washington Gov. Jay Inslee -- who ran a campaign centered on climate change. Since Inslee dropped out last month, his former rivals have vowed to pick up his mantle -- with Massachusetts Sen. Elizabeth Warren literally adopting Inslee's climate change plan as her own as she and nine other candidates prepared for CNN's town hall solely focused on the climate crisis.

Climate change got little attention in the 2016 presidential campaign. But there was a notable shift during the 2018 midterm election, said Tiernan Sittenfeld, senior vice president of government affairs at the League of Conservation Voters. Candidates alarmed by Republican inaction were drawn into congressional races across the country.

"In 2018, we saw a big shift in terms of candidates running on climate change as never before, and that has only increased as we're seeing in the presidential," Sittenfeld said. "I think -- if not every candidate, pretty close to every single candidate -- who is going to be on (CNN's town hall) stage has put out an ambitious, comprehensive plan to combat the climate crisis. So we've definitely seen that this issue is finally starting to get the attention that it deserves."

The growing alarm is most pronounced among younger voters. John Della Volpe, who directs the Harvard Kennedy School Institute of Politics poll, noted that climate change "is now viewed as a top area of concern within both a domestic and foreign policy framework" for those within the 18-29 year-old age group, though it generally still ranks behind health care, the economy and immigration.

In the Institute's spring poll, protecting the environment ranked third (33%) among foreign policy priorities, behind protecting human rights and preventing the rise of terrorist groups.

Jon Krosnick, a political science and communications professor at Stanford University who directs the Political Psychology Research Group, notes that while no single issue dominates the psyche of American voters, his research shows that climate change is becoming a bigger motivator for a larger group of people.

Krosnick said 2018 was the year in which the percent of Americans who think global warming is extremely important hit 20%, according to research conducted by the Political Psychology Research Group at Stanford University. In 1997, that number was only 9%, according to the group's research.

Trump's systematic elimination of environmental regulations -- changes he has framed as an effort to improve government efficiency, cut red tape and boost the economy -- brought more attention to those issues and angered Democrats.

Shortly after taking office, Trump withdrew from the Paris Climate Agreement, a move he said was meant to help American industry and demand fair treatment for America's taxpayers. He has weakened fuel economy targets set by the Obama administration, and revoked the Waters of the US Rule which changed the definition of what wetlands and rivers would be protected by federal regulations. His administration has also sought to reduce the size of national monuments -- including Bears Ears and Grand Staircase-Escalante in Utah -- and open more public lands to logging, mining and drilling.

In March, the Environmental Protection Agency's inspector general found that the EPA had exceeded its goals in slashing environmental regulations during the administration's first two years after Trump ordered federal agencies to control costs by cutting regulations.

He has mocked the "Green New Deal" proposed by Democrats as an exorbitantly costly and unnecessary -- a policy disagreement that is likely to loom large during the general election.

"Every week, there's more progress being made advancing the Republican policy agenda. That's the key point here, is that there's so much evidence of (Trump) dismantling environmental protections in so many ways -- including emissions and support for the fossil fuel industry," said Krosnick. "Here we have this, this really productive President who is being very successful at getting his regulation-dismantling through."

Those actions are "going to be very motivating" for the voters who care deeply about climate change, he said.

"We've got a President who is basically goosing them into action," Krosnick said. "So my guess is that they will be a considerable and important force in the election. Turnout will be high in this group, because they will see the difference (between the Republican and Democratic nominees) unless the Democratic nominee chooses to not talk about the environment, or chooses to talk about the environment rarely and disingenuously."

In a new high since Quinnipiac began asking the question in 2015, 67% of voters said the US is not doing enough to address climate change.

Historically, younger voters have been more concerned about climate change than older age groups -- and while concern is growing among older Americans, that gap still remains.

A Gallup poll earlier this year, for example, found that 60% of Americans 18 to 34 believe global warming will pose a significant threat in their lifetime, compared with only 35% of older Americans. (Overall, 66% of US adults said they believed global warming is caused by human activities).

The alarm among younger voters is particularly pronounced: 79% of adults 18 to 34 said they worry a great deal or a fair amount about global warming, compared with 62% of those 55 and older.

There is still a strong partisan divide on the issue, which has lined up with Trump's continual tweeting about the issue and his assertion that the press is dramatizing the issue. Gallup found that 12% of Republicans said they were "a great deal" concerned about global warming, compared with more than two-thirds of Democrats (69%).

There are also regional differences in attitudes toward climate change. Gallup found that 67% of people in both the Northeast and the West, for example, believe that global warming has already begun, compared to 60% in the Midwest and 53% in the South.

The growing call for government to do more about climate change has encouraged environmental advocates like Sittenfeld, who noted that it is forcing candidates to make the issue a center plank in their policy agendas as they seek to connect with Democrats and independents.

"Even though Trump continues to deny climate change, and so does (Majority Leader) Mitch McConnell, and they're both standing in the way of progress and rolling it back wherever they can, these polls demonstrate that how out of touch they are with voters, including with Republican voters," Sittenfeld said. "By continuing to pander to polluters they are putting the rest of the elected officials in their party in jeopardy."

Beware of falling iguanas! It's so cold in Florida they could fall out of trees

"Don't be surprised if you see iguanas falling from the trees tonight," tweeted the Miami National Weather Service office.

Portraits of Barack, Michelle Obama to go on national tour

The official portraits of Barack and Michelle Obama will go on a five-city national tour beginning in June 2021.

The president has made it a priority to roll back clean-water protections since his first weeks in office, calling the rules an unnecessary burden on businesses.

Iowa crews round up over 1,700 piglets after semi overturns

Iowa State Patrol troopers had to close a ramp to Interstate 35 at times as crews worked to capture and unload hundreds of pigs.

PHOENIX (AP) — A Phoenix woman has been arrested on suspicion of killing her three children, who were found dead inside the family's home after firefighters got a call about a drowning, authorities said Tuesday.

The impeachment trial of President Trump quickly burst into a partisan fight. The Senate rejected a number of amendments to impeachment rules; votes and debate continued past midnight Eastern time.

Coronavirus update: As many as 63 US cases suspected as disease also spreads to Europe

A second confirmed U.S. infection of a new viral respiratory illness was reported in Illinois and up to 63 cases are suspected across the country, news agencies reported Friday.

President Donald Trump's legal team issued a fiery response ahead of opening arguments in his impeachment trial while House Democrats laid out their case.

LONDON (AP) — Terry Jones, a founding member of the anarchic Monty Python troupe who was hailed by colleagues as “the complete Renaissance comedian" and “a man of endless enthusiasms,” has died at age 77 after suffering from dementia. 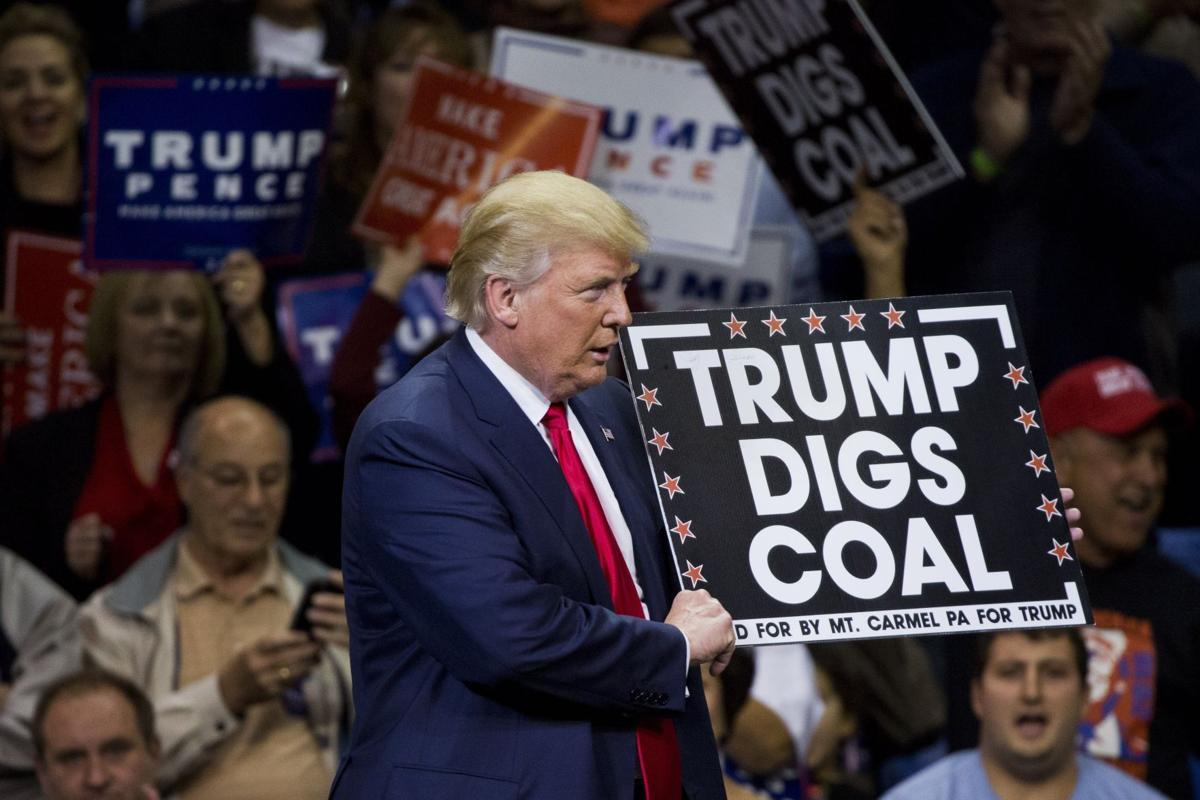 The voter passionately motivated by climate change was once something of an anomaly. But that is changing as President Donald Trump has systematically unraveled the nation's environmental regulations at the same time that Americans have witnessed a series of climate-related crises: fires in the Amazon, hurricanes that churn with increasing fury and record-shattering temperatures and weather events across the US. 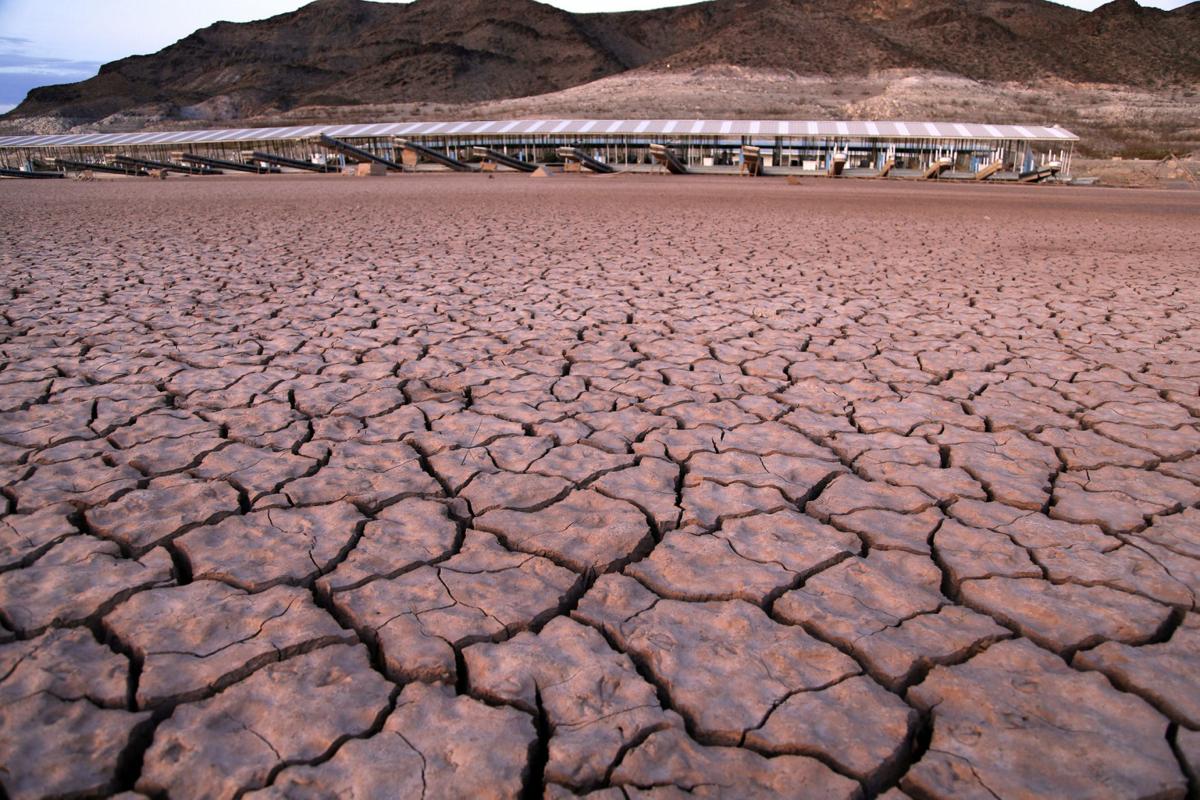 In this July 16, 2014 file photo, what was once a marina sits high and dry due to Lake Mead receding in the Lake Mead National Recreation Area in Arizona. Extreme swings in weather are expected as part of a changing climate, something Brad Udall, a water and climate research scientist at Colorado State University, has called "weather whiplash." The drought-stricken Southwest got a reprieve this year with average and above-average snowfall following a year that sent many states into extreme drought. Nearly empty reservoirs quickly rose, including Lake Mead and Lake Powell, the largest man-made reservoirs in the country that hold back Colorado River water. (AP Photo/John Locher, File)