A former Bellevue police officer awaiting trial on charges of felony assault and evidence tampering after the death of his girlfriend was himself found dead early Sunday from a self-inflicted gunshot wound.

The body of Craig Wiech, 55, was found shortly after 2 a.m. outside an apartment building near U.S. 75 and Capehart Road. Wiech was set for trial Monday in Douglas County District Court on charges that stemmed from the alleged assault of an Omaha police officer and an Omaha firefighter at the scene of his girlfriend’s death.

The alleged assault occurred in August 2018 after police and fire personnel were called to a home in west Omaha to investigate the death of Wiech’s girlfriend, Carrie A. Brown. She was found dead on the floor of the couple’s master bedroom with a gunshot wound to the right side of her jaw.

When authorities arrived, Wiech was combative and uncooperative. He allegedly swung twice at a firefighter, punched a firetruck and punched an Omaha police officer in the chest.

Wiech has also been charged with evidence tampering in Brown’s death.

Brown was an evidence technician at the Bellevue Police Department.

“My girlfriend is, like, like, shot herself,” Wiech told a 911 operator. Later in the conversation, he said, “I’m in so much trouble.”

A test conducted eight hours after the 911 call found that Wiech had a blood alcohol content of .112%. The legal limit for driving is below .08%.

A firefighter found Brown’s body on the floor next to the bed with signs of rigor mortis, indicating that she had died at least 45 minutes earlier. The firefighter also noted “a large pool of blood on the bed.”

The handgun belonged to Wiech, and a trigger guard for it was found wrapped in a blanket that covered Brown’s feet. Authorities determined that the bullet passed through Brown’s neck and hit her shoulder, indicating a downward trajectory. The bullet was found in a pillow, and a spent cartridge was found underneath her body. There was dried blood on the cartridge but not on the carpet surrounding it.

Wiech, who was not charged in Brown’s death, had been with the Bellevue Police Department for more than 22 years. He was placed on administrative leave after Brown’s death, and he resigned in February 2019.

Brown had been an evidence technician with the department for eight years.

The saga of Oliver Glass

The sentencing of Aubrey Trail

Bellevue man charged in deaths of his children

Huge bail set for man who fled to Nicaragua

14-year-old among those killed in spike in violence

Man put a stop to abuse, then assaulted girl himself

The sentencing trial of Bailey Boswell

Semi drivers who died in I-80 crash near Seward identified

The Nebraska State Patrol has identified the two semi-truck drivers killed in a crash on Interstate 80 Tuesday as men from Arizona and Iowa.

As first responders work the scene, the interstate will remain closed. Drivers will be required to exit at Goehner.

Plattsmouth Police Capt. Ryan Crick described the area where the body was found as thickly wooded, difficult and even dangerous terrain.

A new report from The Sentencing Project found one of every 58 Black residents in the state are in prison — a rate of nearly nine times that of white people. "Honestly, I wasn't surprised," said Sen. Terrell McKinney.

Ex-State Fair finance chief gets 30 days in jail, 15 years of probation for theft of fair money

Patrick Kopke of Hastings also was ordered to pay $158,170 in restitution and perform 300 hours of community service as part of his sentence Friday.

An attorney for NU Regent Jack Stark says the case against his client doesn't add up to felony tampering. A judge is taking the matter under advisement — a rarity for a hearing in which prosecutors have to establish only probable cause.

The deputy, assisted by a K9 named Mac, found the nearly 400 pounds of marijuana while conducting a search of a U-Haul truck just east of Wahoo, according to the agency.

The man's federal conviction for cyberstalking was a first in Nebraska.

Omaha-area priest accused of embezzling $280,000 is charged with 2 felonies

The Rev. Michael Gutgsell, who served as chancellor of the Omaha archdiocese from 1994 to 2003 and has served as a parish priest since then, turned himself in Friday morning. He was released on his own recognizance. 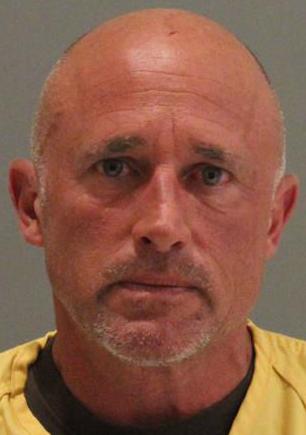 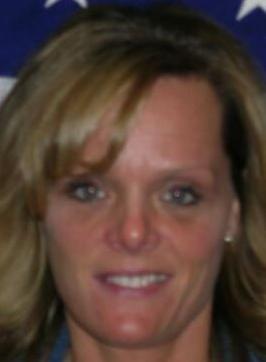