FILE - In this Sept. 7, 2018 file photo President Donald Trump appears with South Dakota Gov. Kristi Noem in Sioux Falls, S.D. Noem catapulted onto a shortlist of conservative politicians favored by Trump with her libertarian approach to the pandemic. With the virus waning, she may be seeking to stay there by picking some legal fights sure to please the right. (AP Photo/Susan Walsh, File)

Noem sued the U.S. Department of Interior in an effort to reverse the decision to deny the state's permit for the pyrotechnic display. The Republican governor successfully pushed last year for a return of the event after a decadelong hiatus. But the National Park Service denied it this year, citing safety concerns and objections from local Native American tribes.

The opinion and order from Chief Judge Roberto Lange of the federal district court of South Dakota meant that the night sky over Mount Rushmore will be devoid of the state's fireworks on Independence Day this year.

Noem has decried the decision to deny the fireworks permit as “political" and made a patriotic argument for holding fireworks at the massive monument. The event last year gave former President Donald Trump an opportunity to make a fiery speech at the monument. The state had signed an agreement with the federal government under Trump to work towards having the fireworks display this year.

However, Noem's lawsuit also reignited legal skirmishing between her and the Cheyenne River Sioux Tribe, which opposed the event on the grounds that the Black Hills, which contain Mount Rushmore, are sacred to the Lakota people.

In a statement responding to the judge's decision, Noem blamed President Joe Biden's administration for cancelling the fireworks, saying it was “on completely arbitrary grounds.”

“But rest assured, this fight is not over,” she said, promising to appeal the decision in an effort to restore the event next year.

In a 36-page opinion and order, Lange, who was nominated by former President Barack Obama, wrote that he liked the idea of having a fireworks display to celebrate Independence Day, but declined to order the National Park Service to allow it because it would “be improper judicial activism for this Court to disregard settled law” on how federal agencies are allowed to make decisions.

Lange wrote: “This country could use a good celebration of its foundational principles of democracy, liberty, and equal protection of law, after a pandemic that has disrupted society and business and has killed nearly 600,000 United States citizens to date, after an insurrection and physical incursion of the United States Capitol while Congress was convening to certify the outcome of the presidential election, and after this nation has become so sadly divided by the politicization of so many issues, likely to include even the outcome of this case."

Copyright 2021 The Associated Press. All rights reserved. This material may not be published, broadcast, rewritten or redistributed without permission.

ABERDEEN, S.D. (AP) — A federal judge in South Dakota on Monday criminally charged three members of the U.S. Marshals Service with contempt of…

DES MOINES — The terrorists rode on motorcycles to the home in Afghanistan. They wore masks and carried guns. They came upon a little boy, gra…

As prospects for a federal voting rights bill flounder, Iowans who prefer to vote early will likely face more difficulties casting a ballot in…

Democratic State Auditor Rob Sand says he is praying for guidance while “trying to keep an open mind” about the 2022 gubernatorial race.

Michael McKinney, 26, admitted that he intentionally fired into a vehicle of girls who were arguing with Trump supporters near the Iowa Capitol last December.

A St. Angsar man and his Minnesotan son were arrested Friday morning for their alleged involvement in the U.S. Capitol riot on Jan. 6.

After a ruling in their favor from Nebraska's highest court, Kelly Hoagland and Maria Salas Valdez were finally able to adopt the child they had been raising since birth.

Man died after firing shot at officers before turning gun on himself, Omaha police say

When officers arrived at an apartment to investigate a domestic disturbance, they found a man in a tactical vest who was armed with a rifle.

14-year-old among dead, 7-year-old one of two missing after tubes went over dam on NC river

FILE - In this Sept. 7, 2018 file photo President Donald Trump appears with South Dakota Gov. Kristi Noem in Sioux Falls, S.D. Noem catapulted onto a shortlist of conservative politicians favored by Trump with her libertarian approach to the pandemic. With the virus waning, she may be seeking to stay there by picking some legal fights sure to please the right. (AP Photo/Susan Walsh, File) 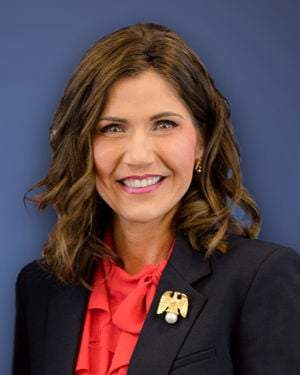