The lone exception may be Democratic U.S. Rep. Cindy Axne, who expressed her support for the workers and labor union, and greeted striking workers on the picket line Monday in Ankeny.

Monday marked the fifth day of the impasse between Deere & Co. and Automobile, Aerospace and Agricultural Implement Workers of America (UAW). The two sides returned to the negotiating table Monday, a union spokesman and company officials said.

The strike affects about 10,000 workers at factories in Iowa, Illinois and Kansas.

“I am confident that both parties will work together through the process and come to a successful resolution that benefits both the employees and the employer,” Gov. Kim Reynolds said via her spokesman on Monday.

In its latest offer, Deere bargained for incremental wage increases over six years, equal to about a 5-6% raise in hourly pay at the end of the six-year contract, according to employees.

U.S. Sen. Chuck Grassley is a former factory worker and union member at a furnace register company in Waterloo. He, too, expressed hope that a deal will be reached swiftly, and that the negotiations do not become “too politicized.”

“I know what it’s like to go on strike as a member of the International Machinists when I worked at Waterloo Register,” Grassley said Monday via a spokesman. “I hope this doesn’t become too politicized. The rights of the workers are protected by law and I expect good faith bargaining by both parties. I hope all involved are able to come to a swift resolution.”

In a Friday social media post, Grassley added some empathy for the striking workers and their families.

“The Deere workers & their families now face a stressful situation,” Grassley posted. “I hope good faith bargaining can bring the dispute (to a) swift conclusion for the good of all parties & our Iowa economy.”

The bureau sought comment on the strike from Iowa Gov. Kim Reynolds, the state’s entire congressional delegation, and the Iowa Farm Bureau.

The Farm Bureau did not respond, nor did the office of U.S. Rep. Ashley Hinson, whose eastern Iowa district includes the Deere factory in Waterloo.

A spokeswoman on Friday told the Waterloo-Cedar Falls Courier that Hinson does not have an official comment, and that she “is monitoring the situation closely.”

A spokesman for U.S. Sen. Joni Ernst on Monday also said that Ernst “is monitoring the latest on the situation.”

Axne spoke with striking workers on the picket line at the Deere factory in Ankeny on Monday. A spokesman for her office pointed to Axne’s social media post about the strike.

“Our workers are the backbone of our economy – and they deserve the pay & benefits that provide them a middle class life and retirement,” Axne posted on Friday. “That’s why I stand in solidarity with the hard-working members of (the union) as they begin their strike for a fair contract.”

A spokeswoman for U.S. Rep. Mariannette Miller-Meeks, whose eastern Iowa district includes the homes of many who work in a Quad Cities-area Deere factory, pointed to the Congresswoman’s social media post on the strike.

“John Deere has employed thousands of Iowa families for decades and has been a boost to the Iowa economy. I hope business and labor can rapidly find common ground that benefits each other and we can continue being a shining example of what a hard day’s work means,” Miller-Meeks posted.

“John Deere, the manufacturing industry, and the men and women who build essential equipment are critical to the success of Iowa’s economy,” said via his office’s spokesman. “I am hopeful that business leaders and workers are able to reach an agreement to resolve this dispute.”

CEDAR RAPIDS --  The latest surge of government aid to expand broadband access in Iowa is much needed, industry experts say, but the goal of u…

The UAW strike of Deere & Co. has lasted into its second weekend. Here's a roundup of happenings from the first full week of the strike. 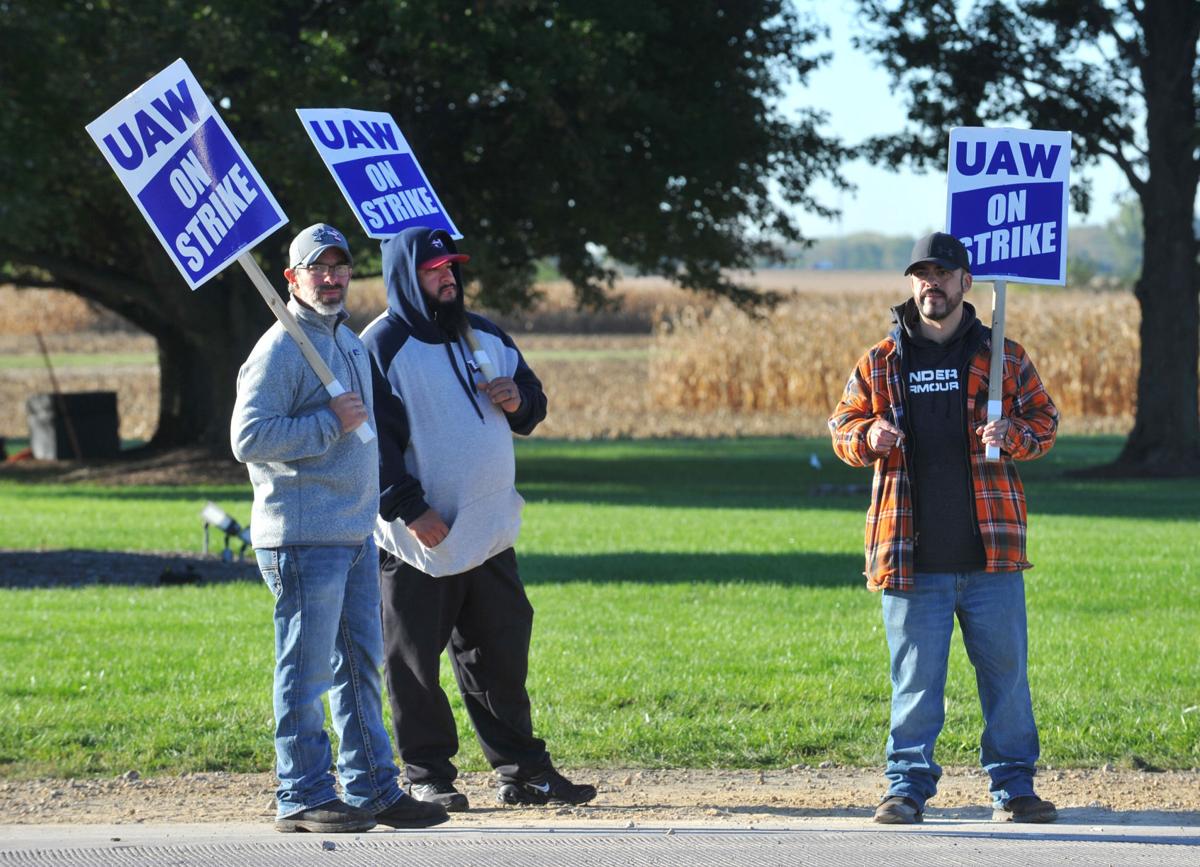 UAW picketers striking at the entrance to the John Deere Davenport Works on Monday morning. 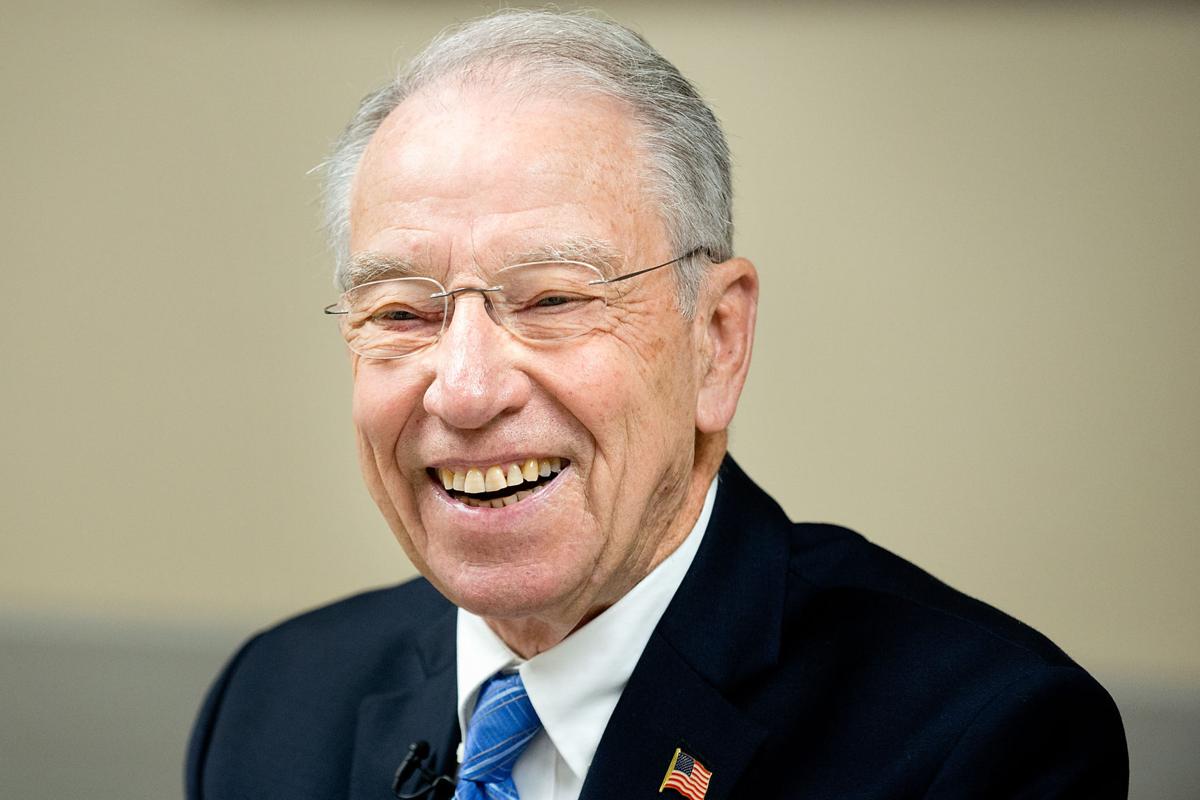 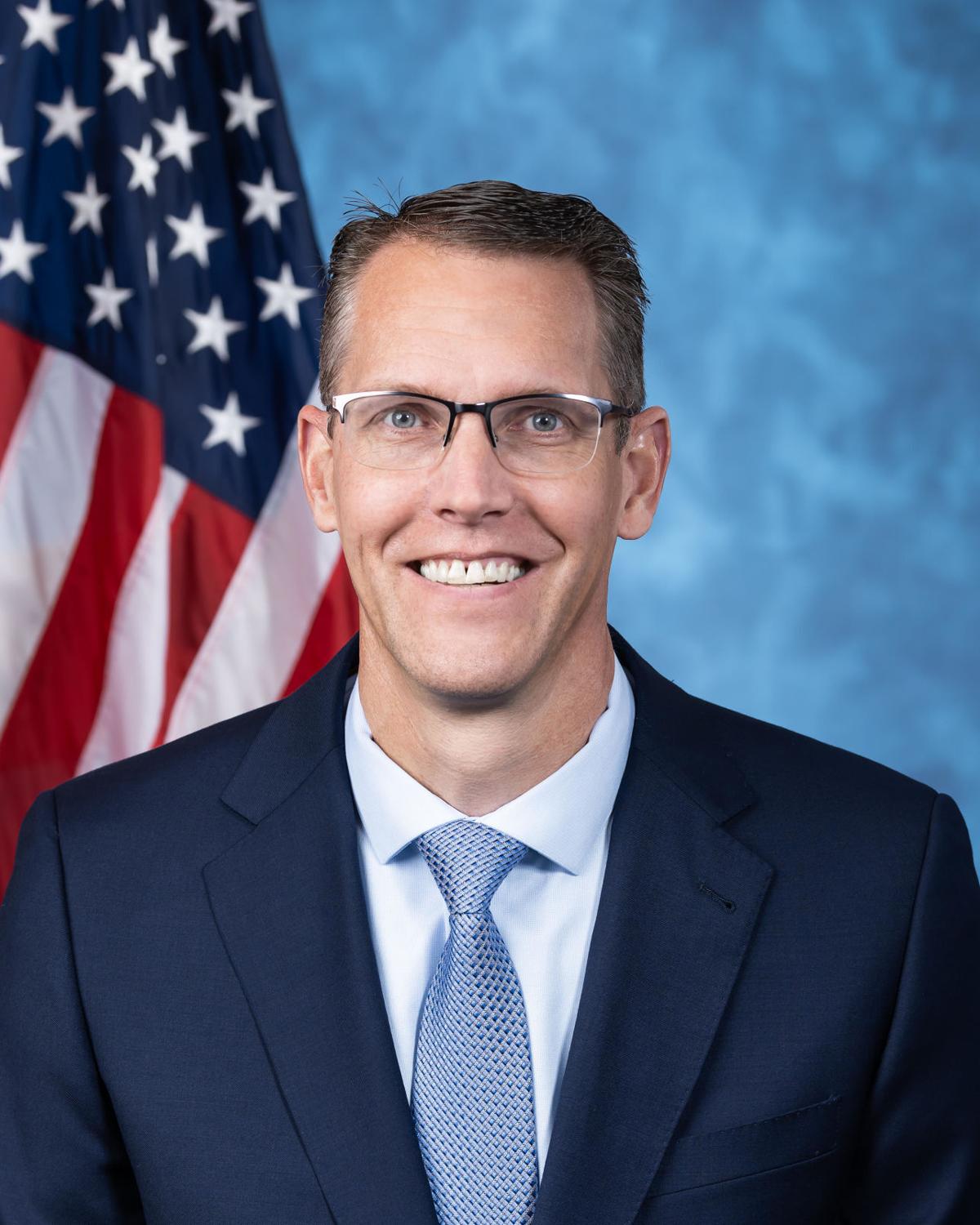