Two state senators have been circulating a petition asking lawmakers to call a special session to consider legislation prohibiting businesses from requiring employees get vaccinated against the coronavirus.

The special session, proposed by Sens. Ben Hansen of Blair and Rob Clements of Elmwood, would also consider prohibiting governments and schools from mandating COVID vaccines, according to an email shared with the Journal Star.

The move from state lawmakers comes a week after Gov. Pete Ricketts, who said he opposes vaccine mandates, said he would not call lawmakers back to Lincoln for a second special session this year.

The Legislature met in September to redraw political boundaries as part of the decennial redistricting process.

According to Hansen’s email, more than 10 senators have already signed the petition outlining the purpose of the special session to Secretary of State Bob Evnen.

Hansen said he planned to submit the petition at 1 p.m. on Tuesday.

Under state law, 10 senators can ask the secretary of state to poll the Legislature on whether or not to convene to consider legislation outside of the normal lawmaking session.

If agreed to by 33 of the Legislature’s 49 members, Evnen would then submit the outline to Ricketts, who would use it as a basis to issue a proclamation that sets the start day and duration for the Legislature.

Hansen said the proposed session would not be to “question the science of vaccines,” prevent K-12 schools from mandating other vaccinations, do away with mask mandates, discuss other treatments or “whether vaccines in general are good or bad.”

“This would protect Nebraska workers from losing their jobs because of COVID-19 vaccine mandates,” wrote Hansen, who has previously sponsored legislation that would allow Nebraskans to more easily decline vaccines.

Hansen and Clements’ move doesn’t seem likely to succeed, however.

Ricketts said he would not call a special session because he did not believe there would be enough votes to pass such a bill.

The timing of a special session would also be difficult to arrange. A handful of lawmakers -- including Hansen -- are planning a two-week trip to Africa in November.

Plus, the Legislature is set to reconvene in January for a 60-day session, where how to spend more than $1 billion in federal stimulus money is expected to be the primary focus.

Earlier this year, Hansen sponsored a bill (LB643) allowing individuals, parents and businesses the choice to decline a vaccine during a state of emergency without suffering a penalty.

Dozens of people testified in support of the bill, outlining their opposition to all vaccine mandates, with several raising conspiracy theories or putting forward debunked claims about vaccines.

The bill did not advance to the floor for debate.

Sen. Carol Blood of Bellevue, in response to Hansen’s email, said lawmakers should also consider eliminating Nebraska’s at-will employment statutes, which allow businesses to fire their employees at any time for any reason – including if they are not vaccinated.

“I have grave concerns where this is going and I fear you are bringing false hope to these people for political gain,” wrote Blood, a Democratic candidate for governor in 2022. “That may not be the case, but optics appear otherwise.”

Interactive: 9 charts that show how Lincoln and Nebraska are coping with COVID-19

"Summit," read a one-word text message from Sen. Tom Brewer of Gordon that was received in Lincoln at 12:16 a.m. Wednesday.

The 1st District congressman warned that "Americans are about to have a new form of governance concentrated in DC." Rep. Adrian Smith criticized the package as making things worse.

More people applying to work for HHS after bonuses and raises, state says

“I do believe that the bonuses we’ve received, the rate increases, have helped us with recruitment," HHS CEO Dannette Smith said as she announced the department's business plan for fiscal year 2022.

Sen. Anna Wishart texted a message that the adventure has been "an incredible experience. … One of the most beautiful places I've ever been to … people and mountain."

Nebraska is set to receive billions of dollars from the federal government for roads and other infrastructure after passage by Congress of a long-awaited $1 trillion bill.

Ricketts calls on fans to act respectfully, speaks out about response to kneeling players

Gov. Pete Ricketts on Monday urged Husker fans to treat opposing players respectfully, even those who kneel during "The Star Spangled Banner."

The bonuses were described as hazard pay for the 50 or so employees of Morrill County in the Nebraska Panhandle. Residents had mixed views on whether the bonuses were a good way to spend the relief funds. 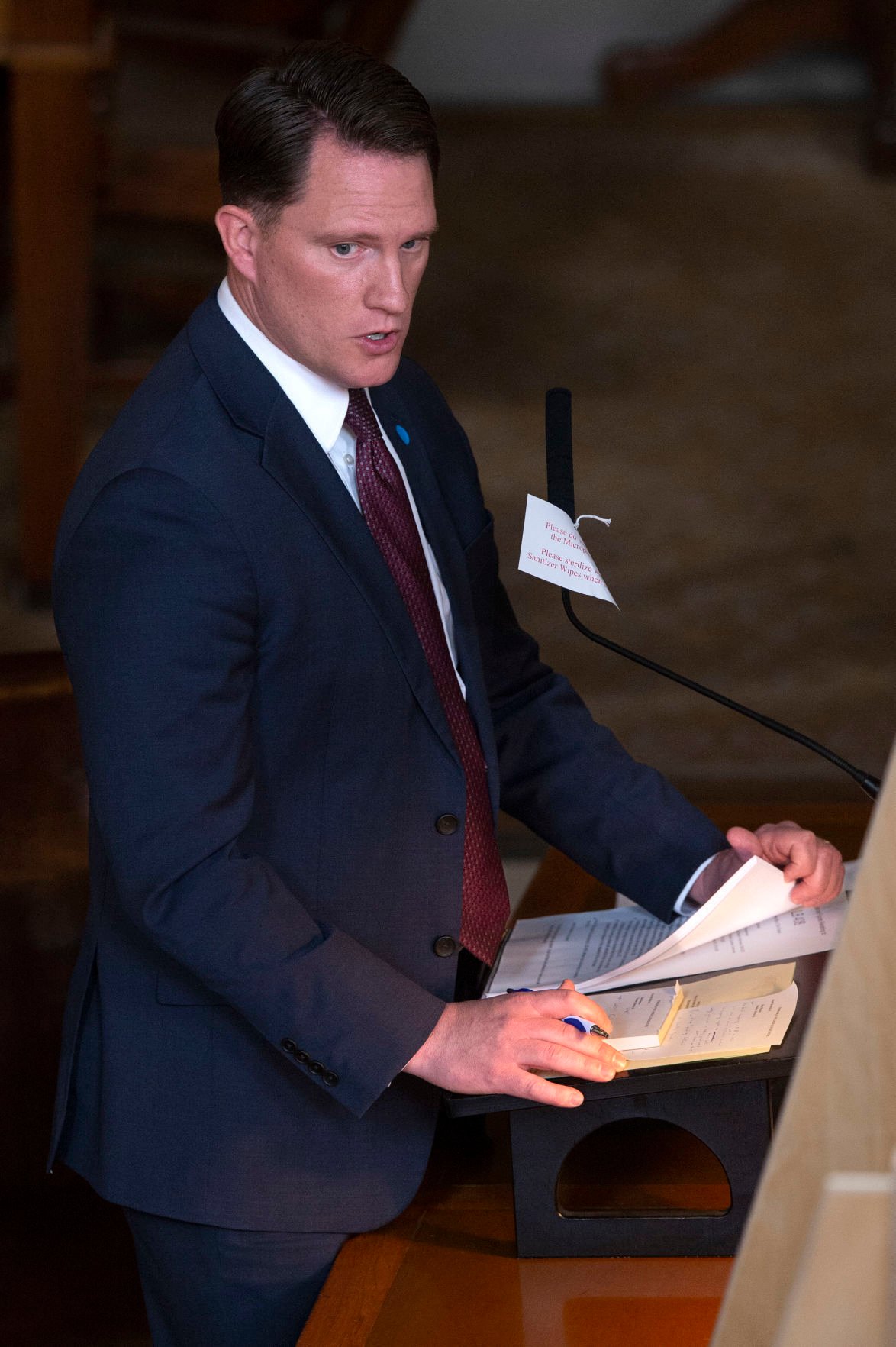 Sen. Ben Hansen addresses the Legislature at the Capitol on April 22. 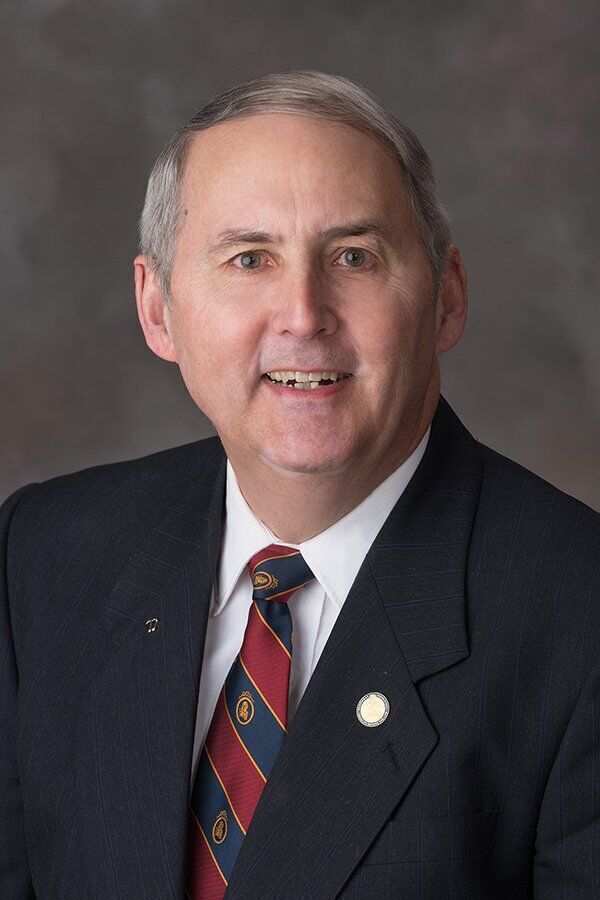 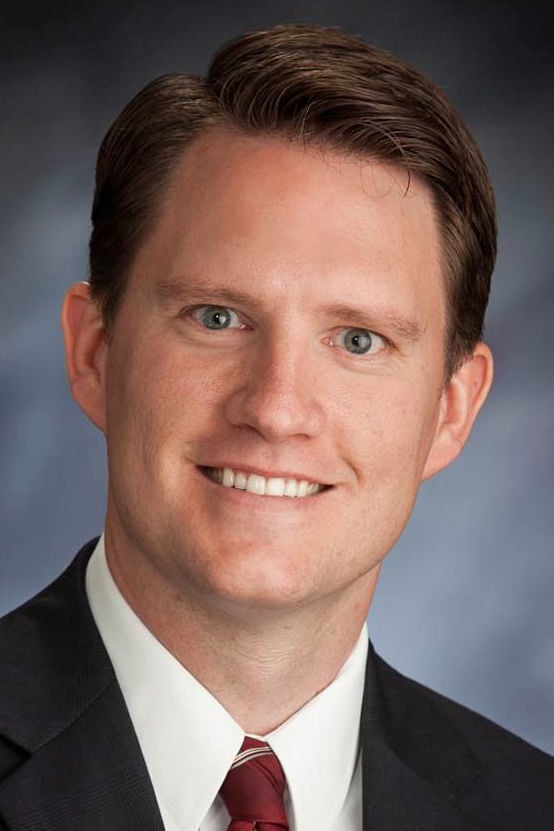