Elizabeth Warren, Julian Castro, John Delaney and Amy Klobuchar, all seeking the Democratic nomination for president, participated in the forum, as did Tim Ryan, who is considering a run.

The event was billed as an opportunity for candidates to speak directly to rural Iowans about rural and agricultural issues, though a few broader topics also were sprinkled into the two-hour discussion.

“I want to know what the vision is for growing and revitalizing rural America,” said Tom Vilsack, the Democratic former governor of Iowa and federal agriculture secretary. “We need a vision that will drive and prioritize what an administration does.”

Roughly 800 people attended the forum, organizers said. It was sponsored by the Iowa Farmers Union and Open Markets Action with media partners the Storm Lake Times and HuffPost.

The candidates took turns fielding questions from a panel of journalists, including Pulitzer Prize-winning Storm Lake Times editor Art Cullen, and from the crowd.

The U.S. Senator from Massachusetts tailored one of her central campaign themes, addressing the power and influence of large corporations, to rural issues by repeating her call for increased scrutiny of corporate agribusiness mergers.

She also said there should be a federal law similar to an Iowa law that prohibits foreign countries from owning farmland.

“That not only creates a problem for farming communities and for our food security, it creates a threat to the safety and the defense of the United States of America,” Warren said.

The former housing and urban development secretary under former President Barack Obama said he plans to introduce an immigration plan in the coming days that he described as “bold.”

Castro, who is from Texas, said if he is elected president and Democrats in 2020 also win majorities in the U.S. House and Senate, he will move swiftly on immigration reform legislation.

The businessman and former Congressman from Maryland highlighted his “Heartland Fair Deal” plan that he published this week. The sweeping policy proposal addresses rural health care, infrastructure, trade and anti-trust regulations, among other provisions.

“That’s not a country of opportunity. That’s a country of birthright,” Delaney said. “That’s why so much of my agenda is focused on policies to encourage people to invest in communities. ... I want there to be a resurgence of investment in these kinds of communities.”

The U.S. Senator from Minnesota asked about corporate agribusiness mergers and vertical integration, recalled the Granger movement, in which post-Civil War farmers fought monopolies over the transportation of grains.

Klobuchar noted her legislation that would boost fees on corporate mergers to provide more funding to investigating those mergers, and more resources to the Justice Department and Federal Trade Commission for similar purposes.

“You have to have people that are sophisticated as those corporate tycoons to be able to take this on. You can’t just think you’re going to be able to do it with three lawyers in a room,” Klobuchar said.

The Congressman from Ohio, who has not yet declared whether he will run for president — he passed on an opportunity to do so during Saturday’s forum — said the country can overcome the loss of manufacturing jobs by committing to new technology in renewable energy, for example.

He said government can play a role by using financial incentives to encourage the private sector to invest in certain industries and communities.

“This is the new model: How do we use the government, the tax code and every incentive we possibly can have and put into place (to) incentivize the private sector to make investments in distressed communities or rural America?” Ryan said.

Iowa officials moving to strengthen animal cruelty laws, seen by many as lax

UnitedHealthcare of the River Valley, the insurer that handles coverage for the largest population of Iowans on Medicaid, is withdrawing from …

PODCAST: On Iowa Politics covers Democrats in the Heartland, Obamacare and Joe Biden

This week's On Iowa Politics covers a forum for Democratic presidential candidates on rural issues and developments in Iowa healthcare.

DES MOINES — For many political candidates, the size of the media entourage following them around Iowa in the months leading up to the caucuse…

ERIN MURPHY: Tim Ryan in Iowa: I can win back Obama-Trump voters

Tim Ryan believes he can speak to a specific set of voters who, if recaptured, would be immensely helpful to Democrats in 2020: the Obama-Trum…

Dave Loebsack to successor: Get out and see the district

NEWTON -- Dave Loebsack has some advice for whomever wishes to represent eastern Iowa’s 2nd Congressional District in 2021: Get out and meet I… 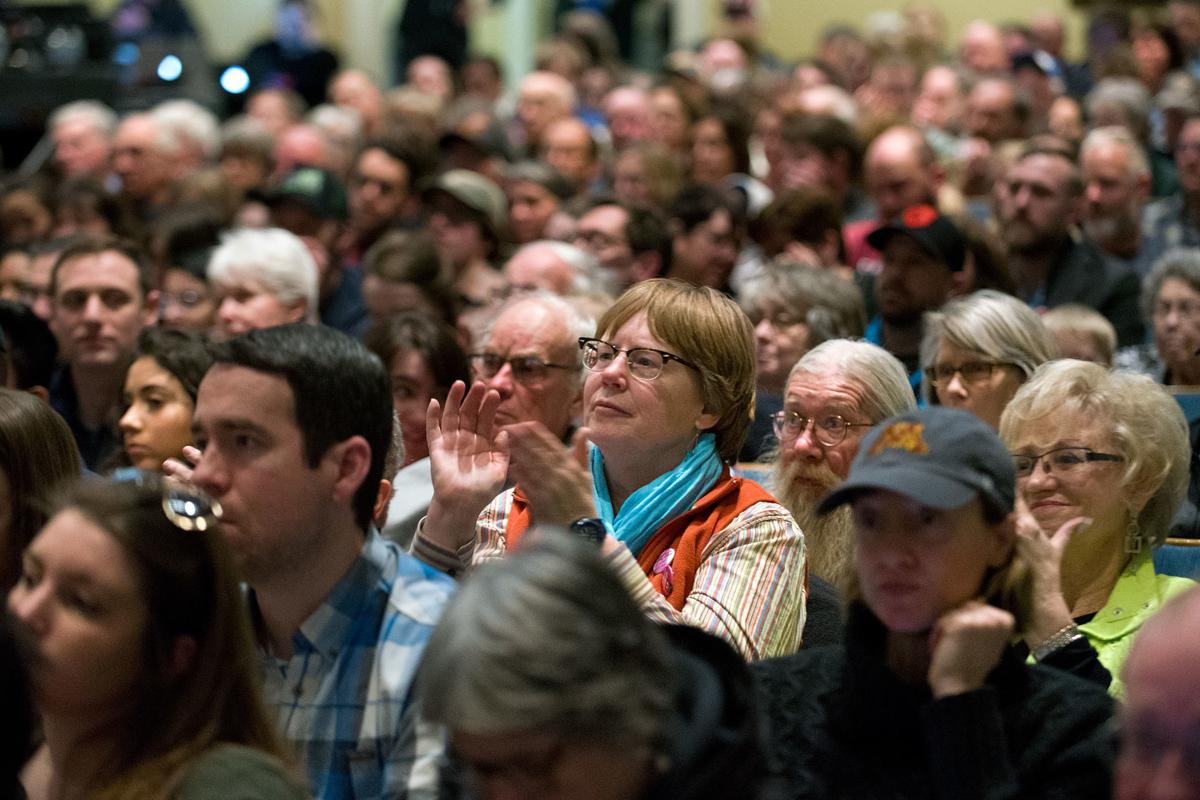 The crowd listens during Heartland Forum at Buena Vista University in Storm Lake, Iowa on Saturday. 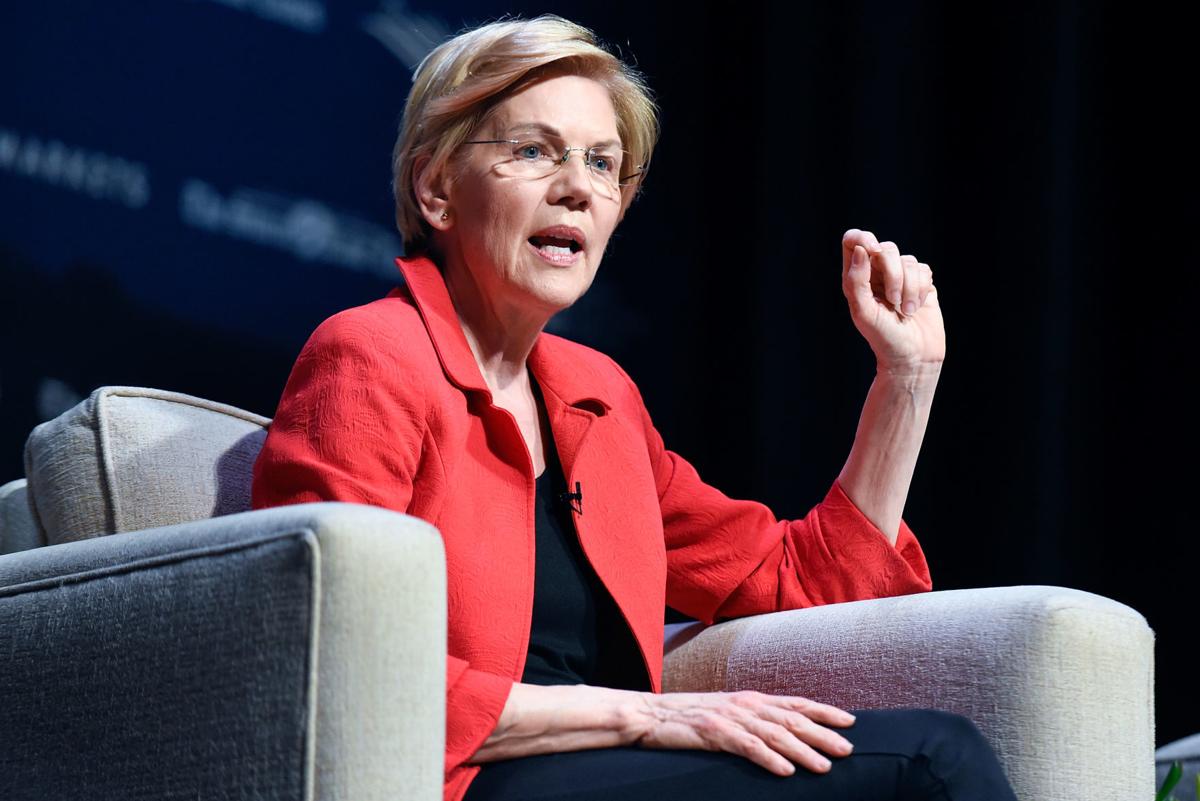 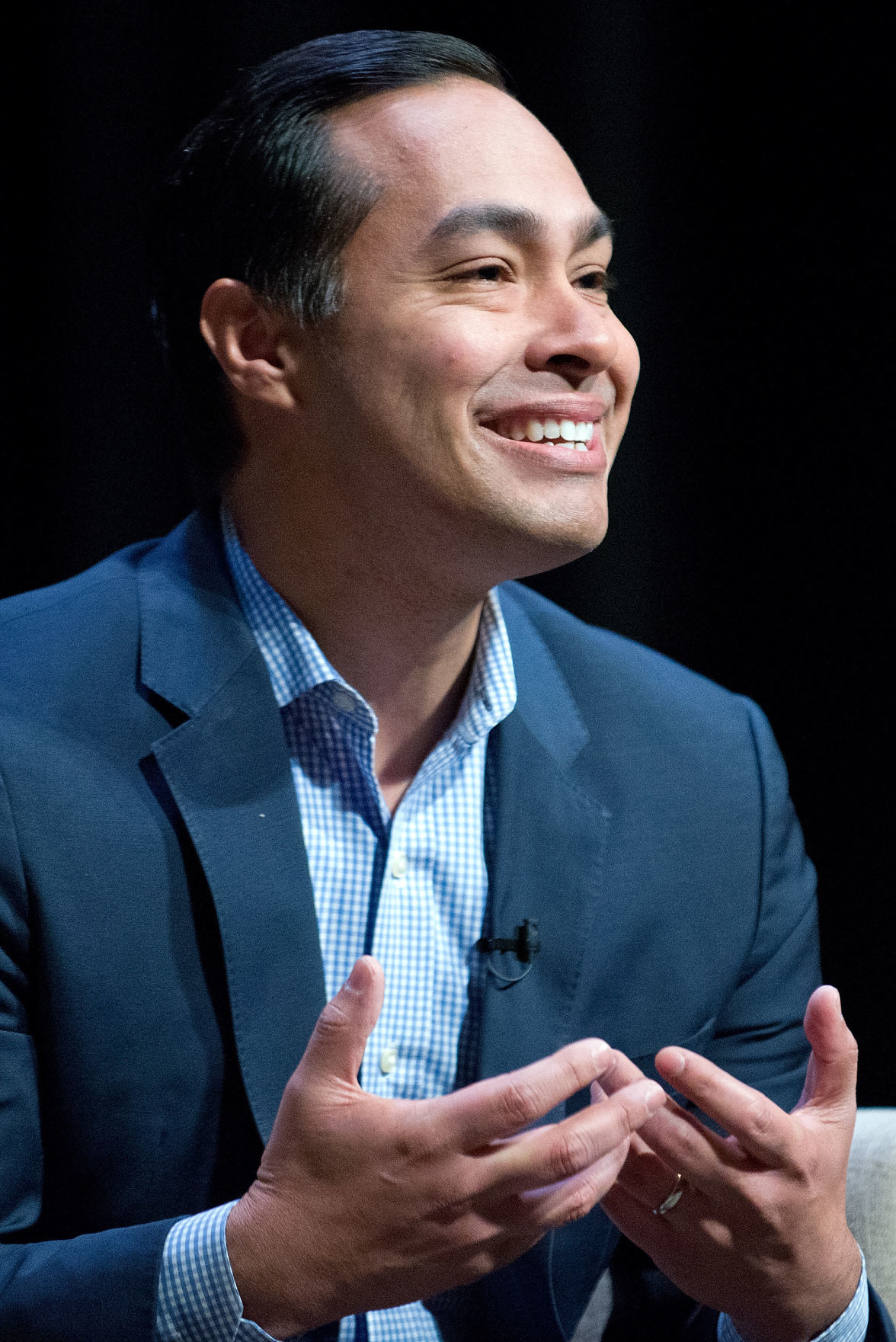 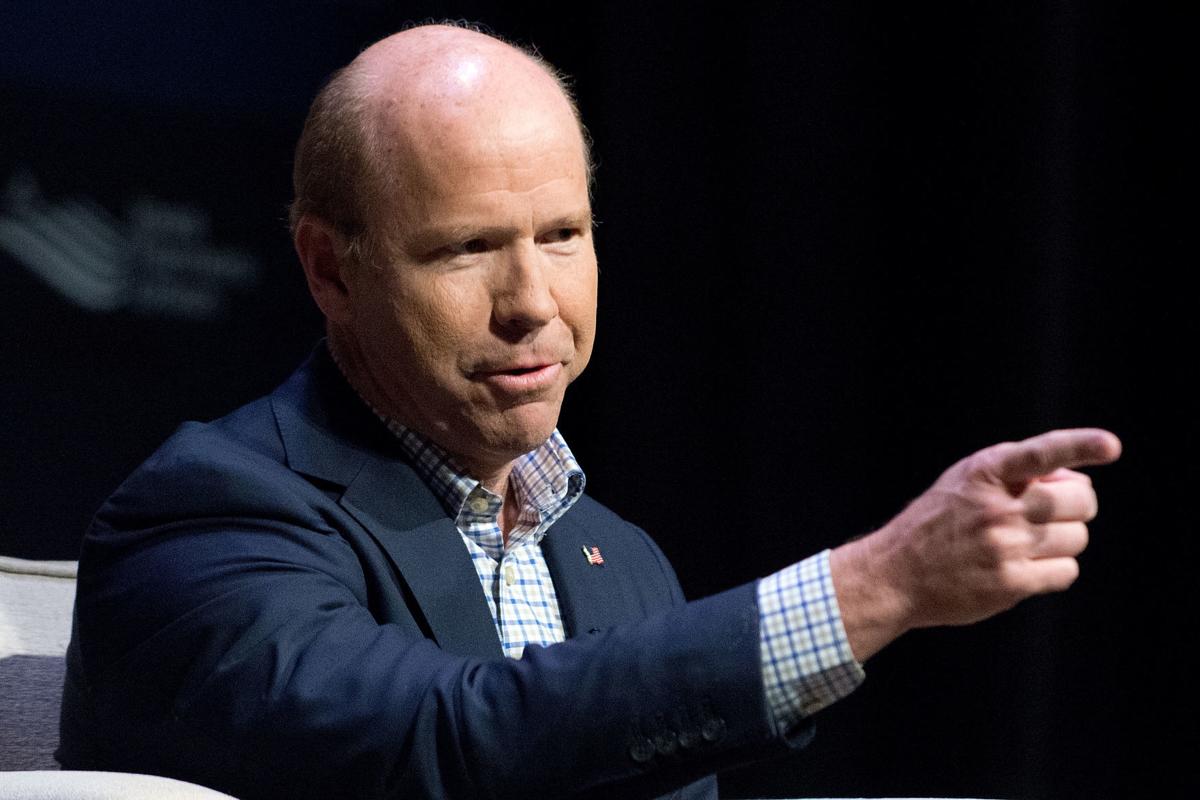 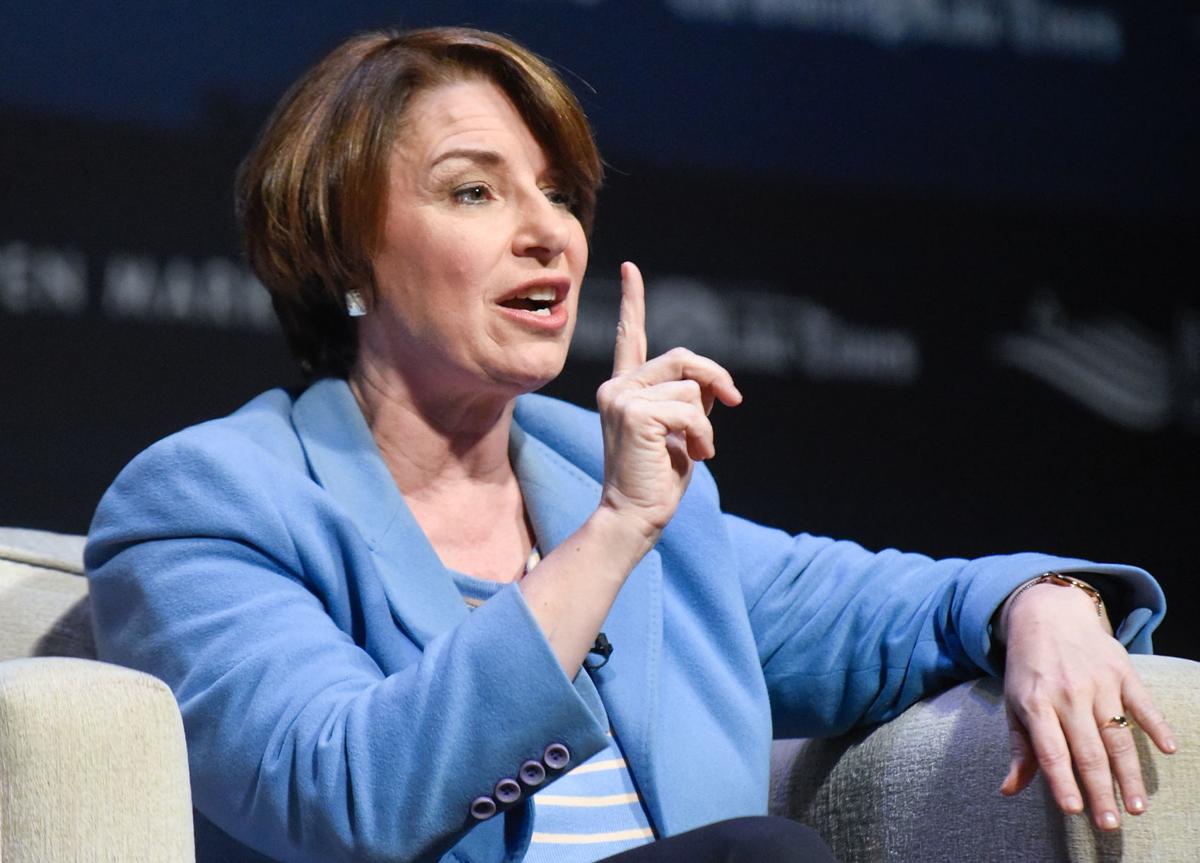 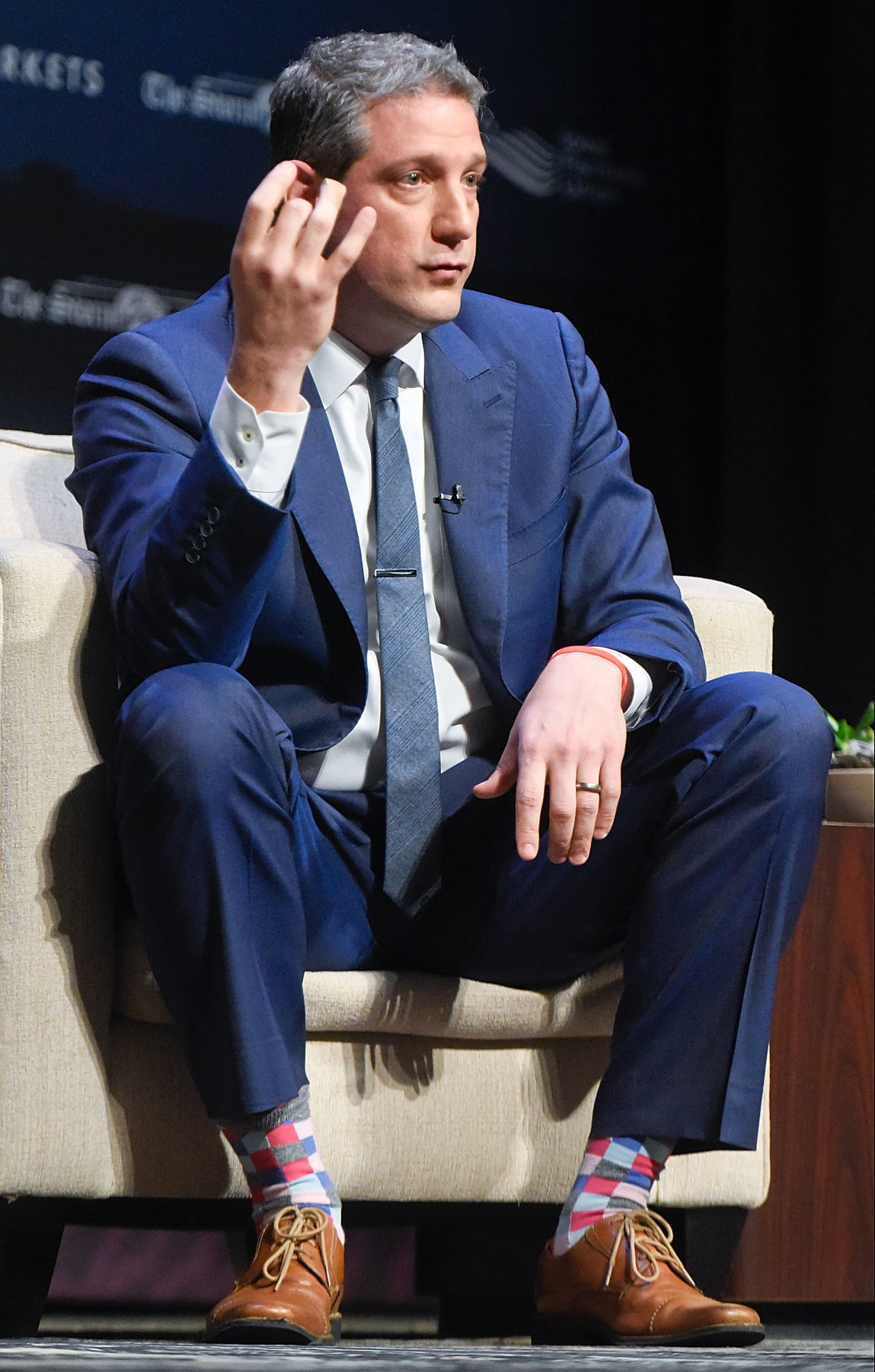