Corey Wieneke was found bludgeoned to death on the bedroom floor of his rural West Liberty home on Tuesday, Oct. 13, 1992. The cause of death was blunt trauma to the body. A blood-stained aluminum softball bat found one mile from his home was confirmed to be the murder weapon.

Wieneke was the late-shift bartender at Wink’s Tap, a downtown West Liberty tavern.

Authorities believed Wieneke knew his killer and said there was no evidence to suggest it was a random killing. They said they believed the person responsible was not from West Liberty but possibly from Iowa City. Investigators also said they did not believe the murder was drug-related and that it could have been connected to a relationship he had with a woman. Wieneke was returning home from Iowa City around 7 a.m. the day of the murder.

Gone cold: Martha Erickson was murdered on her way to a dance

Search the for cold cases in Iowa by name, city, county or year. 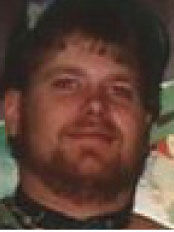