Jackie Shireman was found lying in a pool of blood in the walk-in cooler at Dubuque’s Marino’s Meal on a Bun around 7:45 p.m. Saturday, Jan. 4, 1975. She had been stabbed approximately 30 times with a pair of scissors.

A witness told police she saw two men -- one about 20 years old and one about 35 years old -- leaving the restaurant minutes after the estimated time of the homicide. A little more than $100 was missing from the cash register.

Steven Moore, 21, was indicted and tried for the murder. At the time of his indictment, two years after the murder, Moore was in the Iowa State Penitentiary on a burglary charge. Witnesses who had originally implicated Moore refused to testify during the trial. The lack of witness testimony combined with no footprints, fingerprints or palm prints matching Moore's being found in the restaurant, led to Moore being found not guilty. There were few other promising leads in the case.

IAnyone with information about Shireman’s unsolved murder is asked to contact the Dubuque Police Department at 563-589-4410 or the Iowa Division of Criminal Investigation at 515-725-6010 or email dciinfo@dps.state.ia.us.

Visit siouxcityjournal.com for an interactive map and more stories in the Gone Cold series.

Visit IowaColdCases.org to find out more about Jackie Shireman's case and other unsolved Iowa homicides.

Are aliens not coming to Earth because of the cost?

Are aliens not coming to Earth because of the cost?

What is that mysterious 'blinking' object in space?

What is that mysterious 'blinking' object in space?

On Christmas Eve, 1993, Phil Terrell went for a walk near his home on Des Moines’ south side. The 42-year-old father of three never returned, and his family reported him as missing. 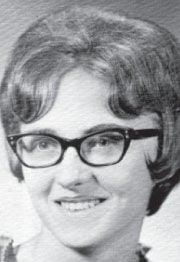