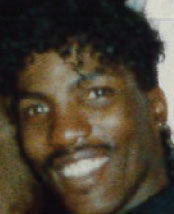 On Friday, Sept. 15, 1989, a child playing by the Cedar River discovered the body of Jeffery “Jo Jo” Zolliecoffer about a half-mile north of Waterloo’s business district.

Zolliecoffer had been shot three times, including a shotgun blast to the back of the head. His body had been wrapped in a quilted blanket, secured with copper wiring, and looped through two cement blocks. Waterloo police believe it took several days for his body to rise from the river.

He had last been seen alive on Sept. 7 at Goodies II, a bar formerly located in the 100 block of Sumner Street. There were conflicting reports about whether Zolliecoffer left the bar of his own will or was forced out by several men.

Some family members believe the murder was drug-related, while others said Zolliecoffer was against anyone who used drugs.

Find out more about this and other unsolved homicides at www.IowaColdCases.org.

Lisa Schenzel remembers when her older sister taught her the words to “Silver Bells” on car rides over the Gordon Drive viaduct in Sioux City.