Supporters of the Iowa Legislature’s sweeping expansion of gun rights expect the movement to continue this year with actions to amend the state’s constitution and revive a debate over whether to scrap gun permits — a measure sidelined last year after a Florida school shooting.

After Republicans clinched control of the state lawmaking agenda in the 2016 elections, lawmakers passed House File 517, a major expansion of gun rights in Iowa. The law created a “stand your ground” self-defense provision, forbade local governments from passing their own gun restrictions, extended the time period for permits to acquire handguns and made confidential the names of those who had permits, among many other changes.

Chief among them are efforts to change the state’s constitution to add language from the U.S. Constitution’s Second Amendment, and to adopt a “constitutional carry” law that generally would allow a law-abiding citizen to acquire and carry a gun without a state permit.

In the last session, both the House and Senate approved a resolution to add the “right to bear arms” to the constitution. Both chambers now must approve the same resolution a second time — either this year or in 2020 — before it goes to Iowa voters to decide.

“The right of the people to keep and bear arms shall not be infringed. The sovereign state of Iowa affirms and recognizes this right to be a fundamental individual right. Any and all restrictions of this right shall be subject to strict scrutiny.”

“I firmly believe we will see it come forward again this year and I do expect it to pass,” he said. “I’ve had conversations with colleagues in both the House and Senate — between rank-and-file members and with leadership in both the House and Senate — and I believe (the constitutional amendment) is a priority, and I know it’s a priority of mine, and we will be moving that forward, hopefully in a very timely fashion.”

Forty-four other states have adopted similar amendments to their constitutions and Republican Gov. Kim Reynolds said she expects Iowa will follow suit.

“It will pass the second legislative cycle and go to a vote for the people,” she said. “That’s the appropriate place for it to land.”

Critics of the measure have expressed concerns over its “strict scrutiny” language, which they believe could sharply limit judicial powers and prevent lawmakers from enacting reasonable firearm restrictions.

“I support codifying or adopting the U.S. Second Amendment in Iowa law, but that amendment isn’t actually confirming the Second Amendment,” said House Minority Leader Todd Prichard, D-Charles City. “This amendment goes beyond what is guaranteed by the U.S. Constitution.”

Supporters, on the other hand, say the language would provide guidance to the courts and discourage activist judges from imposing their own views when interpreting laws.

“It’s a great political tool for Republicans,” he said. “Anything they can do to make it look like they’re doing more for the gun lobby, where they draw a great deal of their support, they’ll do and that’s what they’ll continue to do.”

Another bill expected to make a reappearance during the upcoming session is the proposed “constitutional carry” legislation, which would remove the general prohibition on carrying weapons without a permit and repeal the duty to carry a permit.

The legislation also would repeal Iowa’s permit to acquire handguns and replace it with a duty to comply with federal law for obtaining guns, which includes a background check.

Senate File 2106 was slated for action last February, but was pulled from the Senate Judiciary Committee just after a teenage gunman killed 17 people at Marjory Stoneman Douglas High School in Parkland, Fla.

Windschitl said he supports refiling the bill for consideration this session, but added that passing the constitutional amendment legislation should be the priority.

“I am a supporter of the concept of permit-less carry, which is also known as constitutional carry, but I also believe it is immensely important to get the constitutional amendment … on the ballot and passed by voters before we move down that path,” he said. “We just don’t know what may happen without those protections in the state constitution.”

Although Windschitl indicated he supported the bill, he wasn’t sure it was necessary given how efficient the state’s current system is.

“We have already moved so close to constitutional carry with our ‘shall-issue’ system and the revisions that we made with our omnibus bill back in 2017 that it is a very streamlined, state-of-the-art system where citizens don’t face a high degree of burden,” he said. “Again I am an adamant supporter of it, but I also believe that the Freedom Amendment needs to come first before we move down that path.”

Reynolds appeared to have lukewarm feelings about the constitutional carry bill, stating she didn’t plan to advocate for its passage but “would take a look at it.”

“I am a Second Amendment advocate. I believe in the right to bear arms and I’m proud of what we’ve been able to do to protect those liberties. … (But) I’ll have to see it in its final form,” the governor said.

In February 2018, she had said she “felt very strongly that we should keep” Iowa’s current gun-permitting law.

Opponents worry that the bill could endanger public safety.

“We see this as a major repeal of background checks in Iowa law and something that would go against the interest of public safety,” said gun control advocate Charlotte Eby told Legislature during the last session.

Eby was representing the group formed by former U.S. Rep. Gabby Giffords, who was severely wounded by a gunman who killed six in 2011.

“We also think this opens the door to unchecked sales of handguns and pistols and would make it easier for dangerous people to obtain guns easily,” she added.

A lobbyist representing religious groups also spoke against the measure, and Tim Coonan of the Every Town for Gun Safety Action Fund said his group opposed the bill because it sees the background check system as “effectively necessary.”

Bisignano said he believed the bill would be brought forward again this session.

“The real debate will be whether (constitutional carry) means concealed carry or open carry,” he said. “But again, it just keeps pushing the line further and further, because the gun lobby is trying to get to a place where there is no restriction of any kind.”

Bisignano said he did not plan to support either legislative measure.

“I support the Second Amendment and I support people’s right to bear arms within boundaries,” he said. “But there are people who take it over the top and that’s where I start to draw the line.”

After passing the largest income tax cut in state history last year, Iowa Republicans are looking for even more opportunities to lessen the ta…

DES MOINES -- The good news is Iowa’s unemployment level is as low as it’s been in the state’s history.

DENISON, Iowa -- At a firearms-themed fundraiser in Denison on Monday night, U.S. Sen. Chuck Grassley called on gun owners to back so-called "…

The Iowa Capitol in Des Moines is shown in June 2018. 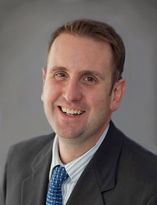