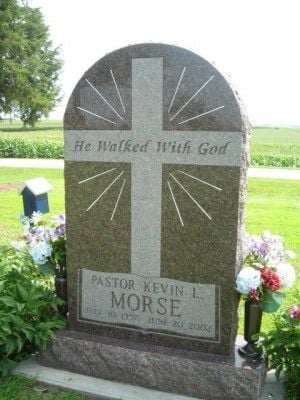 The Rev. Kevin Morse was buried at the Emerson Cemetery in Mills County, Iowa. 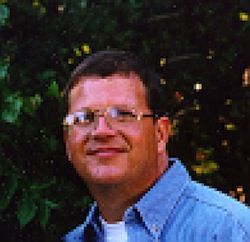 He was an Iowa minister heading to fish on the banks of the Missouri River after running an errand for a mental health care facility. But the Rev. Kevin Lane Morse’s life came to a sudden, tragic end on June 20, 2002 — mysteriously shot and left to die.

Morse’s body was found near a levee below the Nebraska City Bridge next to the Missouri River in Fremont County, Iowa, according to the Iowa Cold Cases website.

Morse, 44, who managed the Country Acres Care nursing home near Sidney, had called the facility’s director of nursing shortly before 4:30 p.m. that Thursday afternoon and said he’d been shot.

He couldn’t say where he was. Then his cellphone died.

The nursing home director told dispatchers Morse had gone to Nebraska City to return soda cans for the mental health facility he ran. “He had mentioned to his employees and residents that ‘the carp would be biting near the mulberry trees,’” the director said, according to Iowa Cold Cases.

Officials searched for him from Sidney to Nebraska City.

By the time a nursing home employee found Morse’s truck parked at the levee, Morse had died of the gunshot wound.

The slaying prompted a manhunt in Iowa and Nebraska that included police dogs, boats along the river, a Nebraska State Patrol helicopter and an Iowa State Patrol airplane.

The men were never located, and the case eventually went cold.

Lane agreed and said those conducting the investigation never even questioned them.

“Something more definitely could be done,” Lane said.

Carolene said Kevin left notes in his Bible for his family at the scene, saying to forgive whoever did this.

“It sounds like a terrible movie,” Carolene said. “We pray every day for answers. We’re at our wits’ end.”

The Rev. Kevin Morse was buried at the Emerson Cemetery in Mills County, Iowa.