DES MOINES -- Many followers of the Iowa Legislature and the state lawmakers who work in the state capitol may know Matt Windschitl, the new majority leader in the Iowa House, primarily for his advocacy for gun rights legislation.

The Missouri Valley Republican, who represents portions of Harrison, Ida, Monona and Woodbury counties, is an avid gun rights supporter whose family used to own and operate a gun store. Because of his expertise on and passion for the subject, Windschitl regularly has served as the front man for House Republicans on legislation designed to expand gun rights or loosen gun regulations.

But Windschitl is not an overnight leader of the House Republican caucus. While his public profile may have been largely tied to gun-related issues and debates, Windschitl has spent much of his 13 years in the Iowa Capitol in myriad leadership positions, rising steadily in the House GOP ranks.

First elected in 2006 as a 22-year-old Marine veteran, then the youngest member of the Iowa Legislature, Windschitl has served as an assistant minority leader, assistant majority leader after Republicans took the House majority in the 2010 elections, and most recently as speaker pro tempore.

So while Windschitl may be a relative unknown to casual followers of the Iowa Legislature, he is a known quantity in the House chambers.

“I think he got pigeonholed just a tiny bit. Because we all develop expertise on a topic, right? Just as I used to carry almost every health care bill at one time, he’s carried pretty much every Second Amendment bill for a long time,” said Linda Upmeyer, a Republican legislator from Clear Lake who has served as Majority Leader and House Speaker. “So I think we develop areas where people look to us to kind of handle different things. Yet at the same time … he’s been elected to leadership positions (all the) away along, and no single-issue individual can accomplish that.

“So as you can imagine, when you have a whole caucus full of very different people with very different ideas, I think what often people look for, I know what I look for, is somebody that’s a good listener. And somebody that will, if you decide to move forward with an idea or an issue when a caucus does, they’re going to fight with you, they’re going to help you in every way they can. So I think that is why he’s been successful as a leader, and I think he’ll fit this position well because a whole lot of what the majority leader does is listen and understand where people are so that you can get to 51 votes (a majority in the House).”

Windschitl pledged to be just that as majority leader: a listener. Whereas in the past he has ardently advocated for issues near to his heart, Windschitl said in his new leadership role he will take in the will of the entire House Republican caucus and be their megaphone, not his own.

“The biggest part of it for me from my perspective is listening,” Windschitl said during an interview this week in his new office just behind the House chamber. “That’s my job. Right? It’s not my job to come out and tell the caucus what their agenda is. It’s not my job to bring people back here and twist an arm and say, ‘You’re going to vote this way or that way.’ That’s not how this should work.

“My job is to listen to the caucus, and then help take whatever ideas they’re hearing from back home and turn those into the best pieces of public policy we possibly can. And then bring those things out to the floor and make sure that we are successful and make sure I’m successful with our successes.”

Windschitl said he has watched legislative leaders --- although he declined to say which --- use the type of strong-arm, vote-wrangling tactics he described. Windschitl said he saw the way lawmakers responded to that kind of leadership, and that it’s why he does not plan to lead in a similar fashion.

“That led to what, in my opinion, would categorize as poor public policy, poor budgeting principles, and ultimately my colleagues’ and my success in 2010 (elections),” Windschitl said.

Those who know Windschitl well expect him to be a welcoming and fair leader.

Chris Hall, a Democrat from Sioux City, said despite their divergent political ideologies, he considers Windschitl a friend. Hall said he and Windschitl have built a friendship having both come to the state capitol as young legislators, and having worked together on occasional western Iowa-centric issues.

Hall said he and Windschitl share another common bond: their dark-haired beards. Hall said the two even occasionally get confused with each other. Although that should start happening less often, as Windschitl’s continues to grow away from his chin.

GALLERY: How much Iowa elected officials made in 2018

Curious who the highest-paid Iowa state employees are? Here they are. Search more salaries here. Some data may be truncated. Source: Iowa Legi…

Hall said he respects Windschitl’s devotion to the rules and decorum expected of state lawmakers.

“Mostly I would say our friendship is rooted in a mutual respect for the institution,” Hall said. “He and I both, I think, play a role for our caucus where we keep an eye on the rules, the procedures, how debate occurs in the chamber and making sure that there is respectful decorum while also realizing there are going to be some very heated moments in debate.”

That respect for the institution, Hall said, is what makes him confident Windschitl will be a fair majority leader, even when working with minority-party Democrats.

“What I know about Matt is he has a strong respect for the institution, making sure that the House as a chamber, in the legislature, as a branch of government will stand up for itself and it will represent a view that won’t always reflect both caucuses but it will respect that someday, the people who are here debating it will not be here any longer and we will have someone else sitting in our chair,” Hall said. “And I know that that’s where Matt comes from, and I think that is as strong of a place as you can start when you’re working across the aisle.”

Pat Grassley, a Republican from New Hartford and the new House Speaker, said he expects that Windschitl’s experience having served in the minority also will inform his leadership as majority leader.

“We served in the minority together and we serve the majority together. So you not only know the consequences of being in the minority, but you also worked when you weren’t winning on issues but you had to try to find maybe a place to get an amendment here or there,” Grassley said. “So we’ve been through a lot of that. A lot of our caucus hasn’t been in the minority and realized how difficult of a position that’s in. So we both recognize the consequences of the decisions that we make, trying to avoid being in that situation again.”

Windschitl said he is ready for his new role. He said he has learned from leaders who served before him --- including Upmeyer and former speaker Kraig Paulsen --- and that he is ready to lead the House Republican caucus by listening to his colleagues.

“I want to listen to what the issues are. I want to listen to what the problems are, and I want to help find the pathway that will bring the most success,” Windschitl said. “Doesn’t mean I’m always going to have every answer or the right answer. But there is always an opportunity to hear someone’s issue or problem from an outsider’s perspective, and then to take that step back, look at it from a way that they can’t see the canvas that’s before them, and say, ‘Here’s what I would do if I were you.’ And you sometimes rely on your own experience your own knowledge. But there are always ways to be helpful, and do so in a respectful fashion, even if you disagree.”

SIOUX CITY -- The Iowa House Republican with the most tenure in the chamber, Dan Huseman, of Aurelia, announced Tuesday he will not seek re-el…

Iowa bill: No sales tax to buy guns around July 4

A Republican legislator who supports the measure the tax holiday would allow hunters to buy guns, get acclimated to them and have a chance to practice at a gun range before the fall Iowa hunting season. 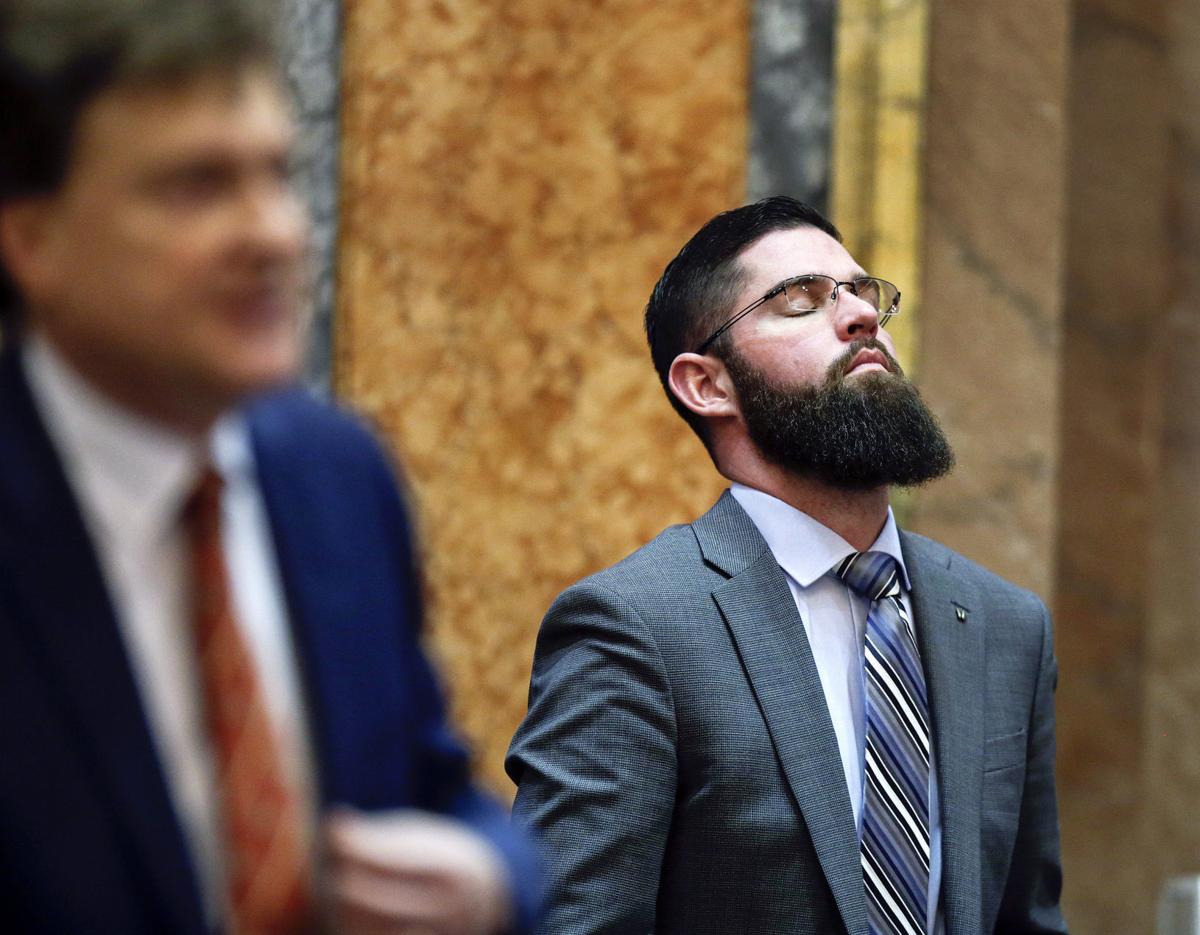 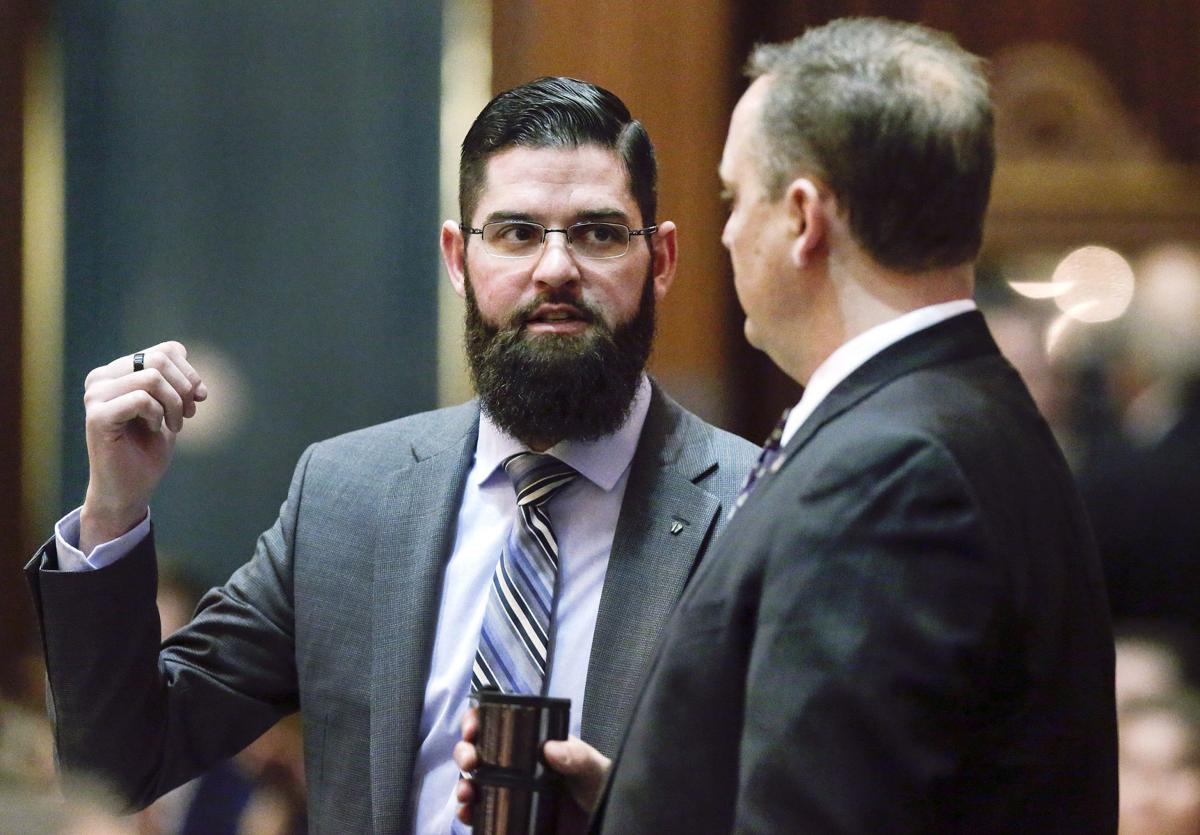 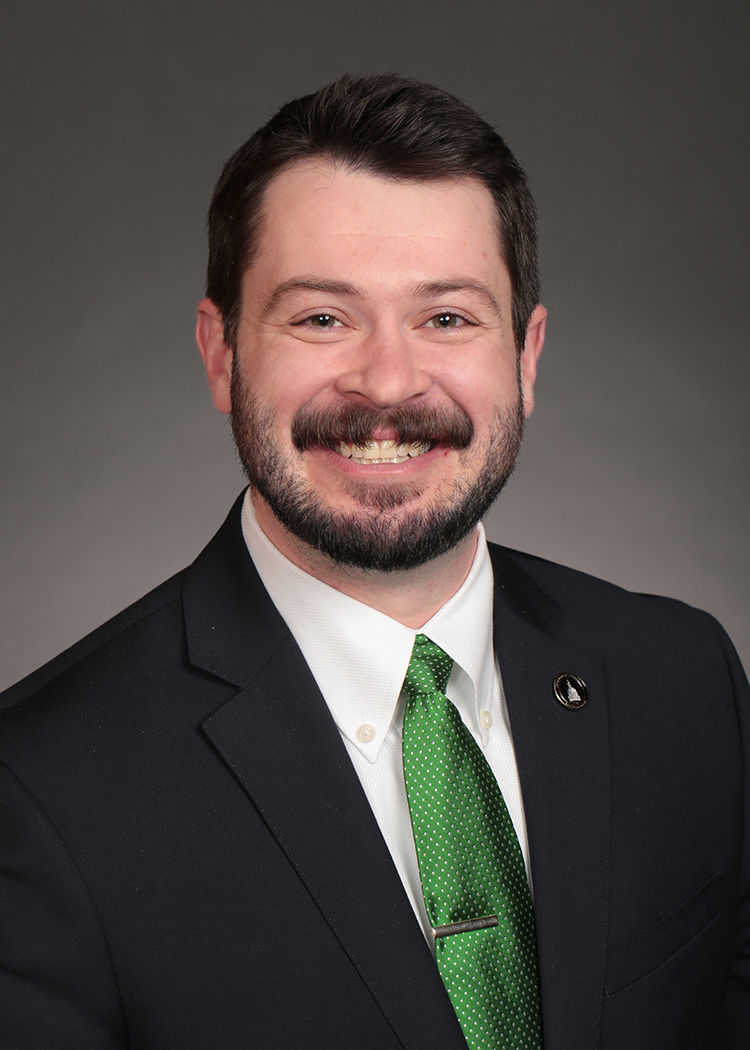 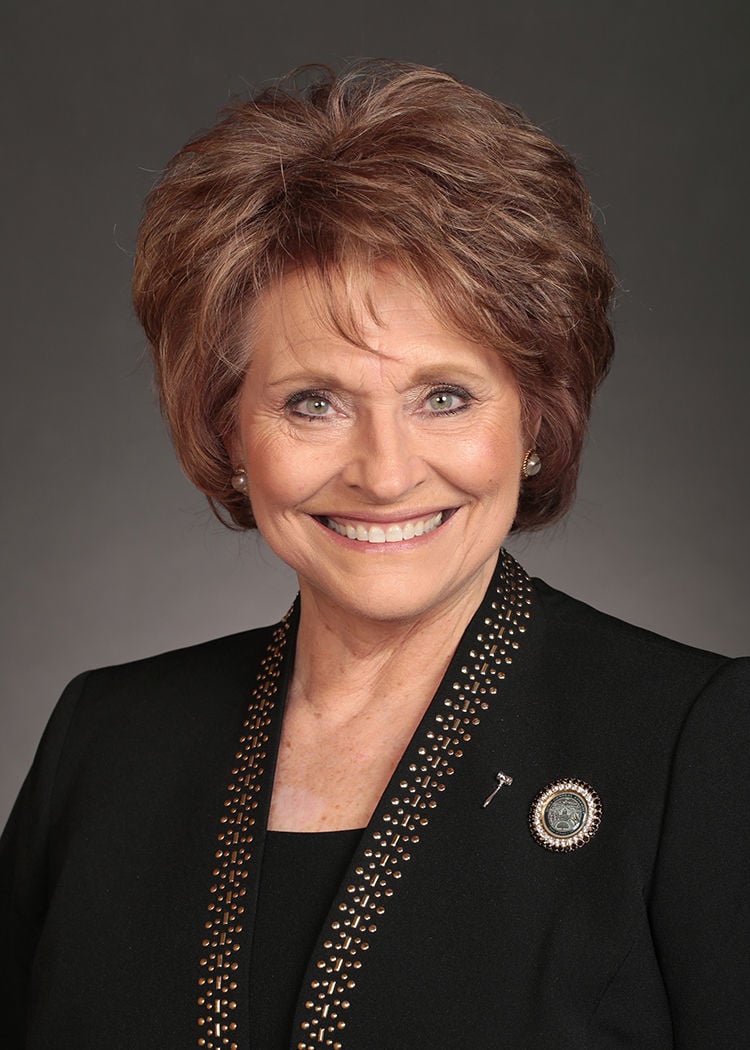