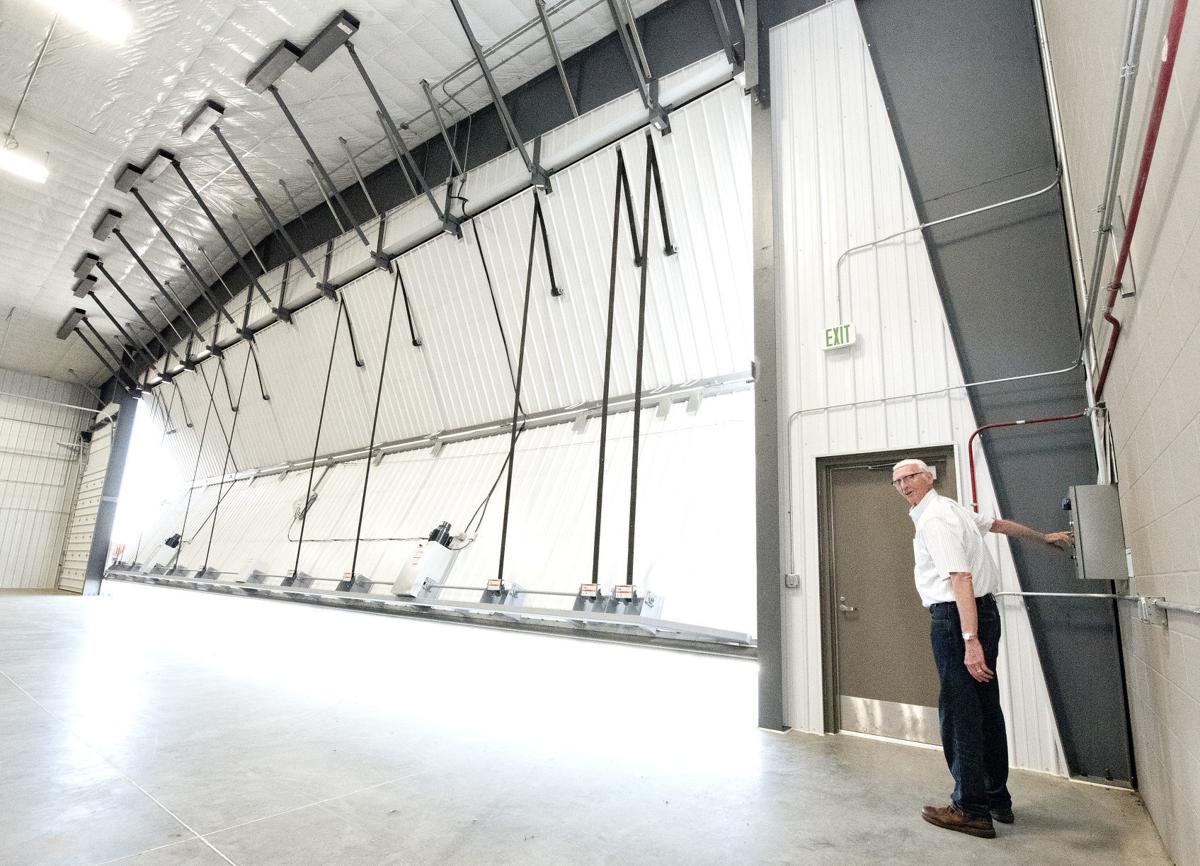 Crews work on the runway at the Sioux County Regional Airport near Maurice, Iowa, on July 17. The new airport has a 5,500-foot runway able to accommodate the larger jets and private aircraft that can't land at current airports in nearby Orange City and Sioux Center.

MAURICE, Iowa -- From the runway of the new Sioux County Regional Airport, one can see the water towers in both Sioux Center and Orange City. Leaders in both cities look toward the almost-completed airport and see something much bigger.

"It's a big deal for us," said Mark Gaul, Orange City's community development director. "I think it will help lead to growth and expansion for existing industries."

For years, companies in Orange City and Sioux Center have at times been limited by both cities' airports. The shorter runways can't always accommodate the increasingly larger jets that company executives use for travel or to fly in clients and vendors.

Those limits will soon be history. The new airport, boasting a 5,500-foot-long and 100-foot-wide runway, is slated to open in November near the intersection of U.S. Highway 75 and Iowa Highway 10 about a mile from Maurice and about halfway between Orange City and Sioux Center.

It's hoped that the airport's added convenience for existing companies will keep them here so they can expand and create jobs. The larger airport will also play an important role in the attempts to attract new businesses to the area.

"I think it's a pretty significant impact regionally," said Dennis Dokter, assistant Sioux Center city manager/community development director. "It allows businesses and industries to grow and operate, but we're also getting some looks from new industries."

More than 20 years ago, local leaders foresaw this time, when a new airport could lead to greater opportunities.

Sioux County Regional Airport Agency Board chairman Harold Schiebout said he knows of one company that won't use either airport because they're too small for its corporate jets. Some companies must keep their planes at airports outside of Sioux County. The airport limitations have meant delays for business executives who can't fly out or must drive to larger airports in Sioux City or Sioux Falls to pick up clients and vendors.

"Those airports have served our communities well," he said. "There will be more activity going on here than at the individual airports."

Development directors hope the activity helps lead current businesses to flourish and expand. And when companies look for new locations, transportation is one of many factors they consider. A larger Sioux County airport that's able to house and accommodate larger aircraft and offer more services expands the field of potential businesses that Orange City or Sioux Center can recruit, Gaul said.

"We're able to submit where other times we wouldn't be able to before," Gaul said. "This just gives us one more tool in our toolbox."

That's what local leaders had in mind back in the late 1990s, when talks about replacing the Orange City and Sioux Center airports began, said Schiebout, who was Sioux Center's city manager at the time.

In 2004, representatives from both cities and the Sioux County Board of Supervisors formed the Sioux County Regional Airport Agency Board and began work on the long-range plan and cost-benefit study needed to gain approval and funding from state and federal agencies. The $31.8 million project received a combined $7 million from Orange City, Sioux Center and Sioux County, federal funding of close to $23 million, $1.2 million from the Iowa Department of Transportation and $700,000 from private sources.

Once all that work was done and funding was committed, construction began in 2015 at a 493-acre site that was previously farmland. Schiebout, who's now retired from his city job, said it's rewarding to see a project so many have worked on for so long nearing completion.

"It's exciting to me to work with that goal in mind to enhance our communities and enhance our future to provide high-quality jobs," he said.

The new airport has room to house 35 planes, more than the two current airports combined, Schiebout said, and most hangar spaces at the new airport already are sold or leased. The terminal has offices, a conference room, training room and pilots' lounge. There will be a maintenance facility on site and two 12,000-gallon fuel tanks.

Schiebout said 15 employees may ultimately work at the airport, which is also expected to house a charter service and a crop spraying company. Other new businesses may spring up there, Schiebout said, adding more amenities to the area. Adding commercial flights is not part of the future plans.

Once the airport is open, Orange City and Sioux Center must decide what to do with their old airports.

Dokter said Sioux Center leaders currently have no specific plans for the city-owned airport site located outside of the city limits.

Gaul said the 80-acre site of Orange City's airport is likely to be redeveloped and the land added to an adjacent industrial park, creating more space for new businesses or expansion of existing ones.

Cubic yards of earth moved for the project.

Airfield lights at the airport.

Amid the fertile Sioux County cropland near here, dreams of a bigger, better airport that could lead to greater business opportunities have begun to take root.

MAURICE, Iowa -- The grand opening of the region's newest airport has been scheduled for Nov. 14.

MAURICE, Iowa -- Dennis Muilenburg, CEO of The Boeing Company, flew over the farm where he was raised while preparing to land at the new Sioux…

SIOUX CENTER, Iowa -- The Sioux Center City Council has approved the sale of city land for a new housing development on the city's north side.

MAURICE, Iowa -- Three Sioux County government entities have been honored by the Iowa League of Cities for their collaboration in developing a…

The planned hookup of Sioux Center and nearby Hull to the system is still a little more than two years away, but as crews continue to lay pipe, the completion the long-awaited pipeline that will deliver water is starting to feel closer. 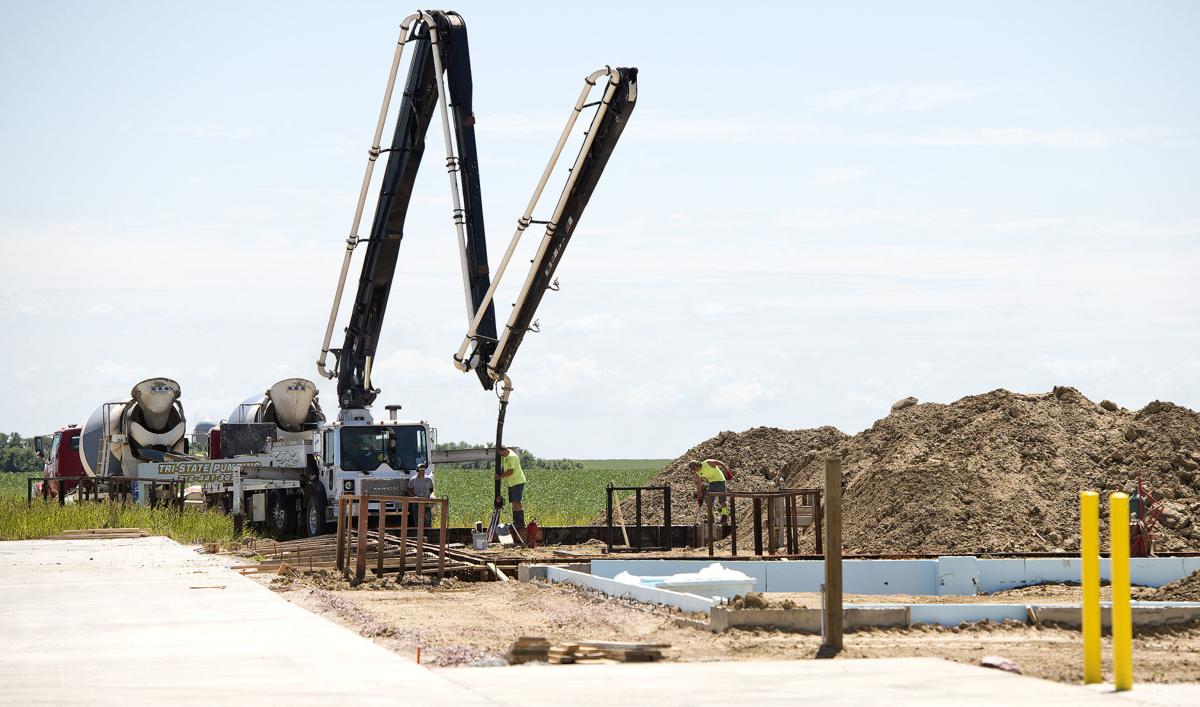 Workers pour cement for a hangar at the Sioux County Regional Airport on July 17. Once finished, the airport, located near the intersection of U.S. Highway 75 and Iowa Highway 10 near Maurice, Iowa, will have room to house 35 planes, more than current airports in Orange City and Sioux Center combined. 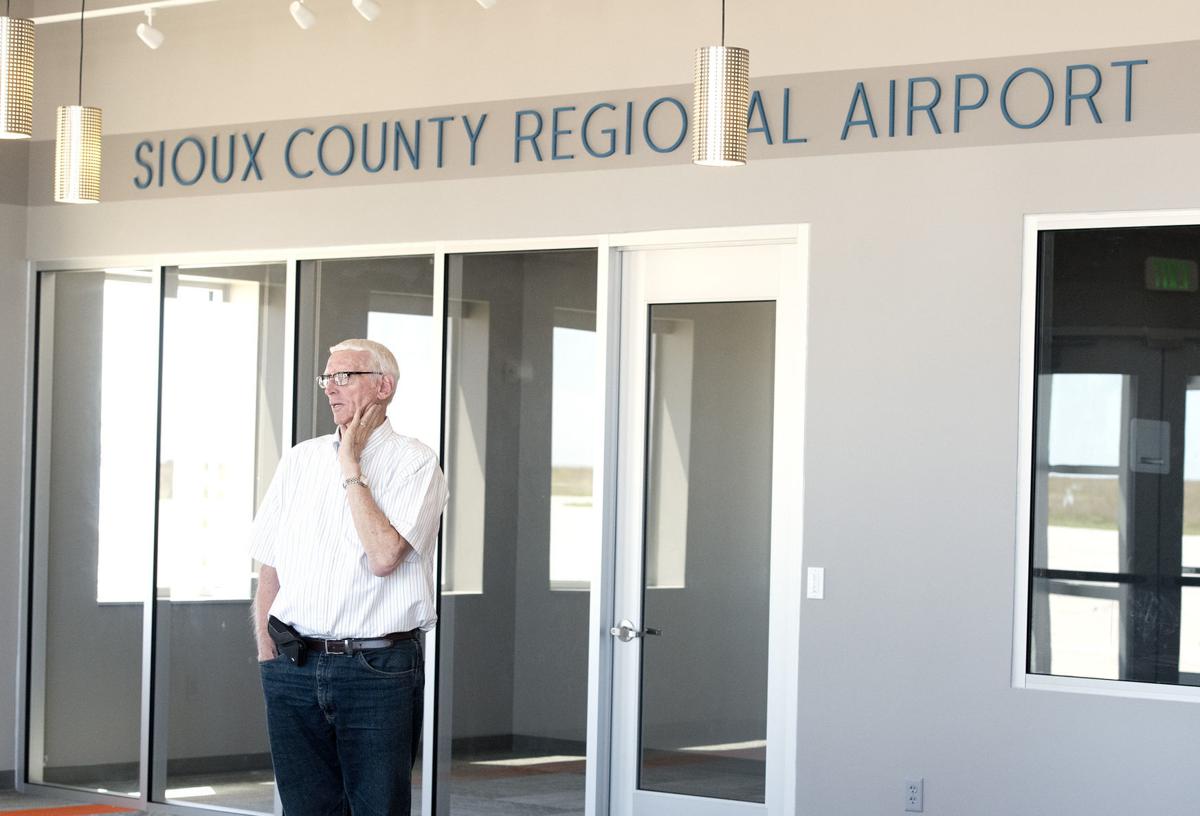 Harold Schiebout, Sioux County Regional Airport Board chairman, stands in the terminal at the Sioux County Regional Airport, which is scheduled to open in November near Maurice, Iowa. Economic development directors in nearby Orange City and Sioux Center hope the airport, which will have a longer runway and more amenities that the cities' current airports, will lead to more business development in the area.

Crews work on the runway at the Sioux County Regional Airport near Maurice, Iowa, on July 17. The new airport has a 5,500-foot runway able to accommodate the larger jets and private aircraft that can't land at current airports in nearby Orange City and Sioux Center.

Crews work on a crossover on July 17 at the Sioux County Regional Airport under construction near Maurice, Iowa. When finished, the airport will replace smaller airports in Orange City and Sioux Center. The airport will cater to corporate travel and general aviation.

The terminal building at the Sioux County Regional Airport has conference rooms, a pilots' lounge and training room and an attached maintenance hangar. A grand opening has been set for Nov. 14.