DES MOINES — Iowa’s foray into sports betting initially was viewed as a minor addition to casinos’ main gambling menu, but for a time in a coronavirus-ravaged wagering landscape it became the only game in town.

Financial reports issued by the state Racing & Gaming Commission show Iowans wagered about $368 million in fiscal 2020 on the outcome of professional and collegiate sports competition — more than $223.6 million done online — even though much of the activity was shut down starting in March due to the COVID-19 outbreak.

The new betting option that began last Aug. 15 generated more than $25.7 million in net receipts for Iowa’s 19 state-licensed casinos during the fiscal year that ended June 30. That budget year saw the casinos’ overall adjusted gross revenue plunge by about 20 percent due to a statewide public health disaster declaration that closed the facilities for nearly three months.

The 19 casinos licensed to operate in Iowa took in $1.163 billion during the fiscal year, compared with nearly $1.457 billion in adjusted gross revenue in fiscal 2019.

“The numbers would have been lower had the facilities not been able to offer sports betting,” said Brian Ohorilko, administrator for the state gaming commission.

Wes Ehrecke, spokesman for the Iowa Gaming Association, an umbrella group for the state-licensed casinos, said sports betting provided a much-needed shot in the arm for an industry that was ordered closed from mid-March to June 1. But even that activity was stunted when coronavirus shut down major sporting events, severely limited wagering options.

“Sports wagering has been a benefit,” Ehrecke said. “It’s going to be a great entertainment amenity.”

June sports betting activity ramped up somewhat with $12.7 million in wagering — all but $1.1 million done using online apps. Also, more than 1 million Iowans ventured out to newly reopened casinos that generated nearly $113.8 million in revenue — down about 5.5 percent from June 2019, Ohorilko said.

Ron Fritz, a betting analyst with the Gambling.com website, said Iowa’s sports betting handle in June saw an 82 percent increase compared with the previous month as some athletic events returned and casinos reopened.

The return of some sports — the United Fighting Championship and NASCAR started having events in May and the PGA Tour resumed in June — and the reopening of casinos gave Iowa bettors more options, he added. “There will be more still as MLB, the NHL and NBA are holding training camps for the eventual restarts to their seasons,” he said.

The nearly $1.8 million in state tax generated by sports betting brought the overall revenue benefit to Iowa’s state treasury to $230.74 million — compared with $291.1 million in fiscal 2019 — while cities and counties each received $5.8 million in gambling tax receipts.

Service to Denver could be reestablished at Sioux Gateway Airport

This summer has been the hottest in Sioux City since 1988

As of Friday, 130 people this year have died in crashes on Iowa roads, a level down 35 from the same period last year.

The couple matched four of five white balls and the Powerball in the July 29 drawing.

In this September 2019 file photo, a customer places a bet at the sportsbook at the Hard Rock Hotel & Casino Sioux City. 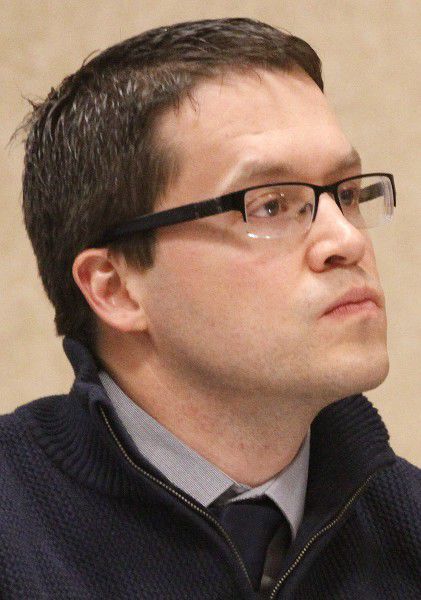 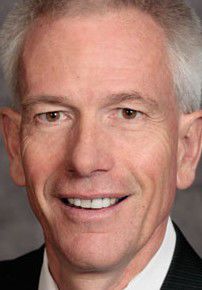